One of my two most anticipated anime of Fall 2020, the other was AdaShima, came to a close. The question, as always, was whether it was worth the wait or not. Let us find out as we take a look at Assault Lily Bouquet.

Plot Summary: On Earth in the near future, mankind was on the verge of destruction from an attack by a mysterious life form called the Huge. The whole world united together against this threat, using magic and science to create weapons called Charms. Around the world institutions known as Gardens raise girls called Lilies to wield these weapons. Riri Hitotsuyanagi managed to pass the exam to enter the prestigious Garden known as Yurigaoka Girls’ School. She entered in an attempt to find Yuyu Shirai, a girl who rescued her in her past. 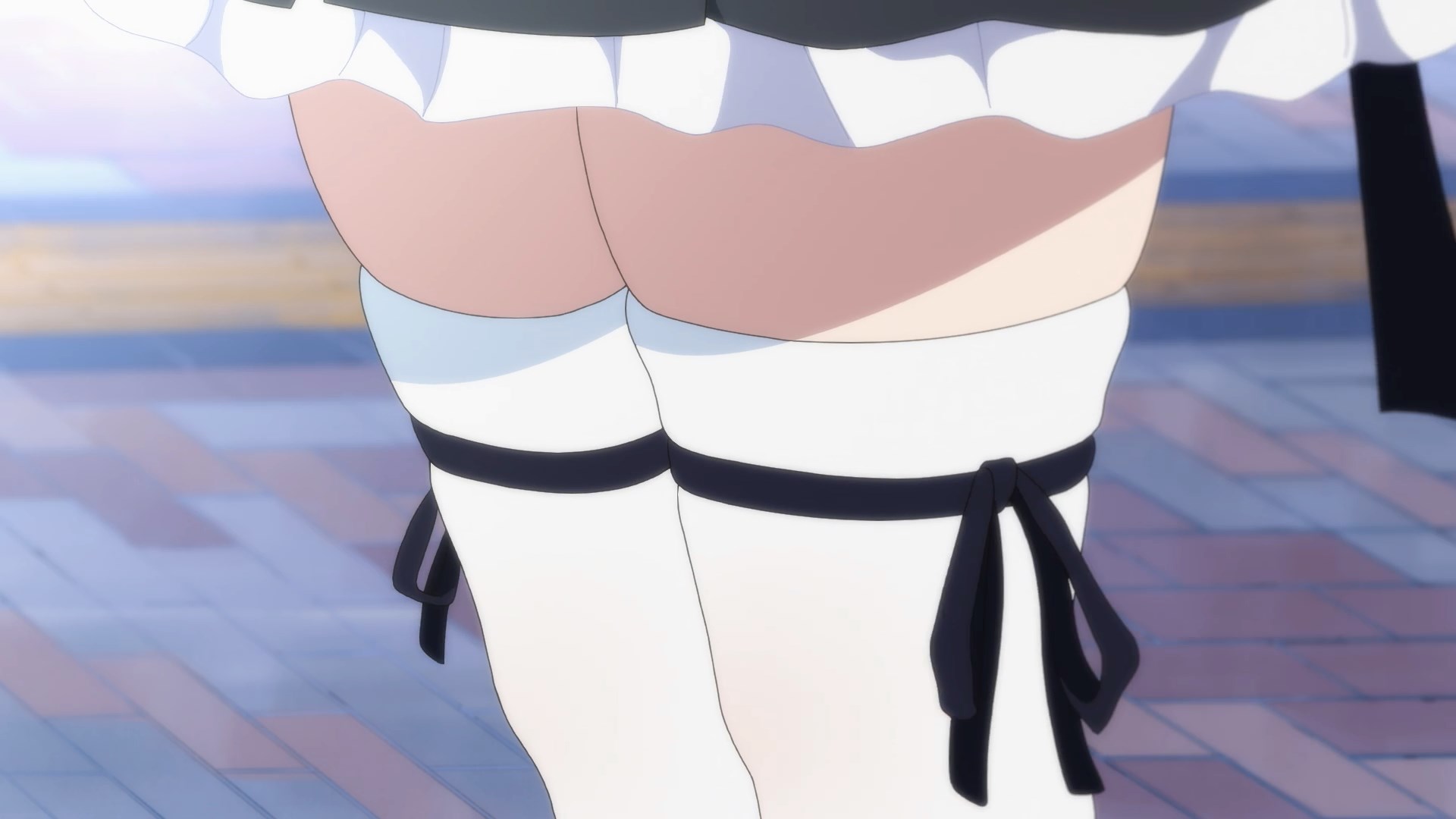 The simplest description of this show would be “Maria-Sama ga Miteru X Strike Witches” in that it is an anime about cute and sexy girls wielding badass weapons fighting against machine like alien invaders. The obvious differences are ALB battles are primarily on the ground (though some Lilies can leap long distances) and instead of focusing on the girls’ panties and booties the focus was on their lovely thighs. As mentioned in my AdaShima G-View it gave ALB a good fight but ultimately ALB won the title of sexiest yuri show of Fall 2020. 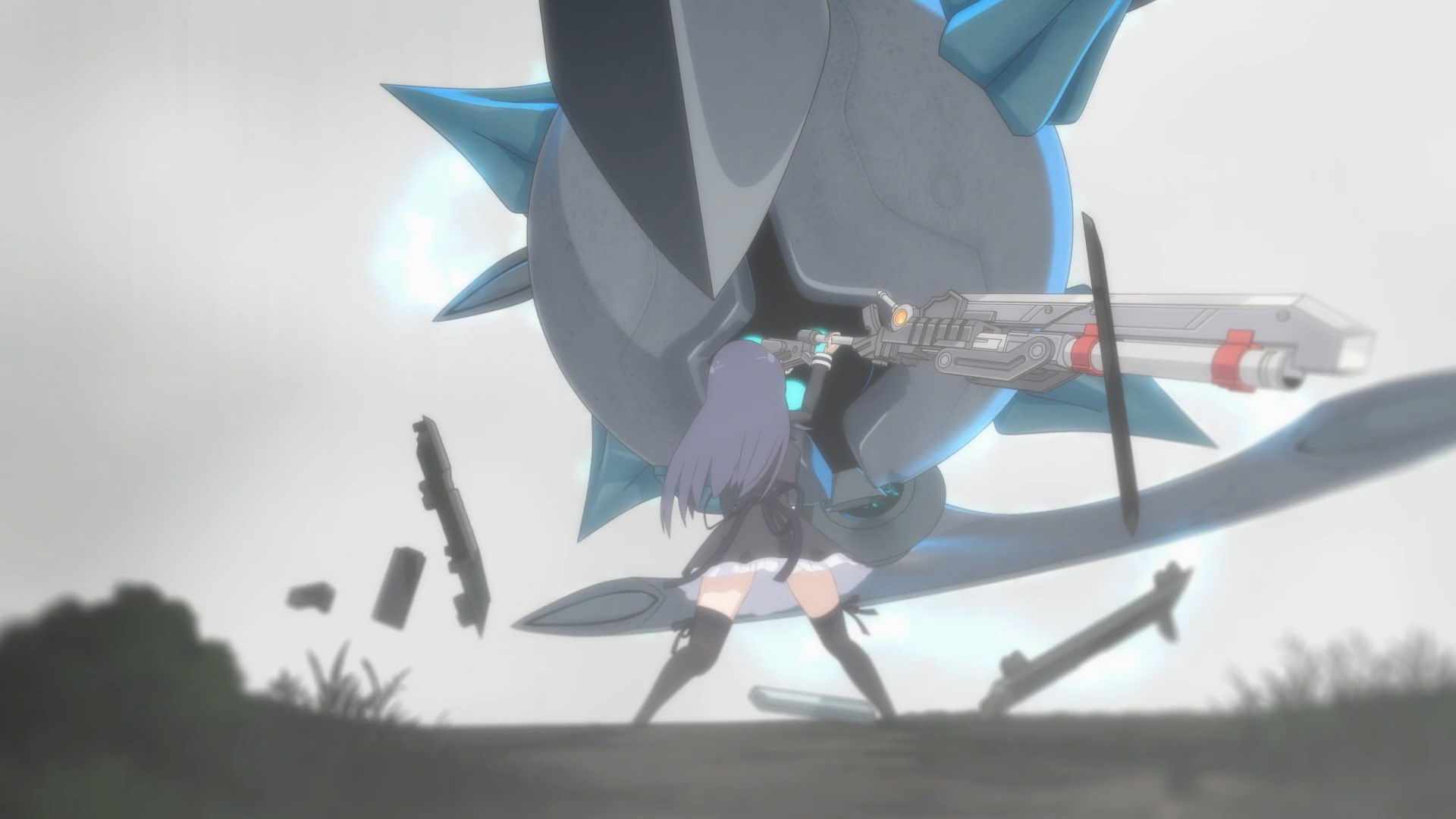 Besides top notch sexiness the show also has some quality battles between our heroines and the Huge though initially it seemed to be difficult to follow for some. Fortunately this was quickly patched up and the rest of the action after the first battle was choice. Fall 2020 was the season of “cute and sexy warrior maidens vs mechanical aliens” with ALB leading the charge. Each battle was better than the last capped with an epic final fight and touching vs final form. One noteworthy battle featured a certain purple haired Lily. Yup, her…

There are terminologies for the Lilies’ abilities, skills, their power source and how it relates to the aliens. To cap off the presentation we have the soundtrack. It is nice and the OP and ED are awesome. 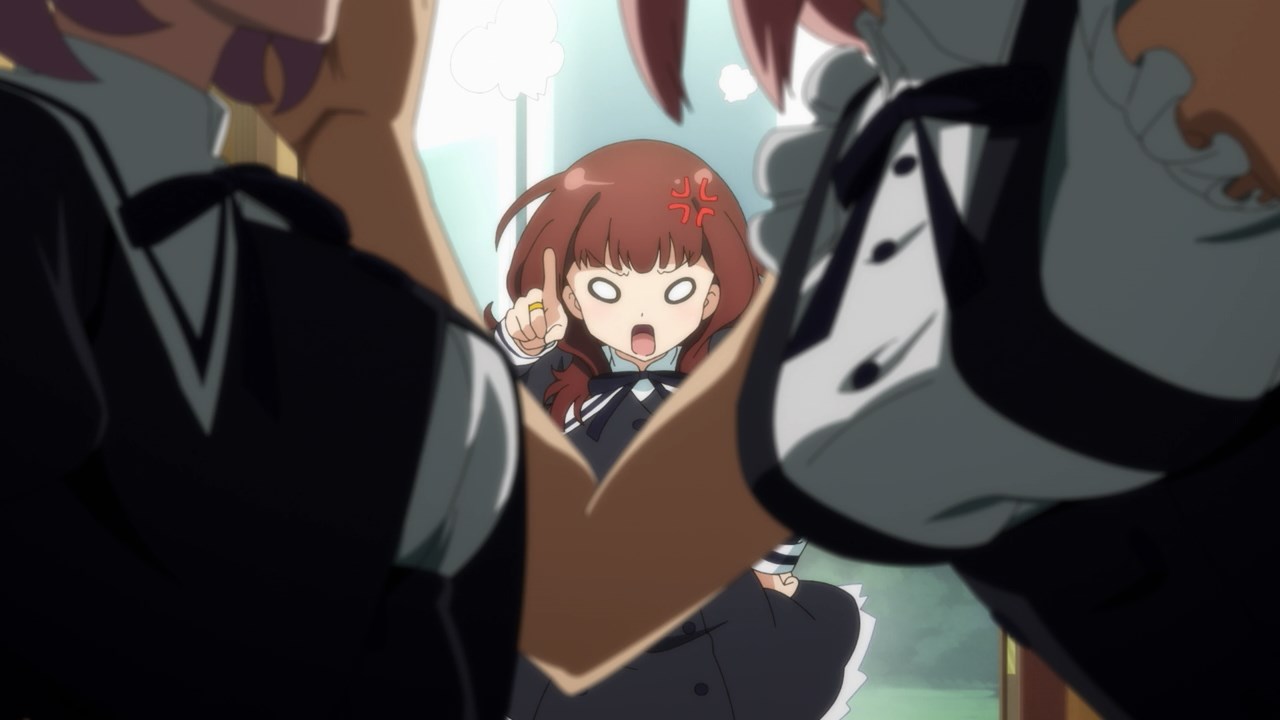 More on the middle girl later. Let us continue with the Maria-Sama ga Miteru part of the review. Fans of the classic “S-Class” Yuri series will sense familiar vibes watching ALB. The most noticeable being the “Shchutzengel” and “Schild” and its similarity to the “Soeur” system in MariMite. What I mean is pairing up older and younger Lilies together as life partners and the older Lily addressed in the iconic title of “Onee-Sama”. Then there are the formalities and courteousness among the ladies though this only applies to part of the cast. Most Lilies address each other casually. I suppose the following is more associated with Strawberry Panic than MariMite but it too had its fair share of flirting among ladies and ladies pining for each other, which ALB has a ton of too.

Besides badass action and courteously naughty gayness among girls there is drama too. The most prominent one concerning a mental condition that is not easily overcome, if ever depending on the person and how deep the trauma is. Other major personal obstacles revolve around interpersonal relationships and family ties while the rest have to do with lack of courage. It helps all the Lilies are really cool, cute and sexy.

The rest of the review will be about what we all know and love. So the main couple are Riri X Yuyu. Riri is a chipper cutie aspiring to become a great Lily like her heroine Yuyu, who she reunited with not long after joining the academy. Not quite a genki but definitely full of life and spirit. Yuyu is the token ice princess who has her reasons for being that way. Luckily it does not take long for her heart to defrost but the aforementioned reasons are not easily done away with. Not at all…Their relationship is wonderful and make for great leads.

Next we have the beauty many consider the MVP of the show, Kaede. This girl will either fill your heart with great joy or great suffering depending on what kind of viewer you are. I know fans who love this girl so much they could write an essay on her awesomeness and what makes her an excellent Third Wheel lesbian. You know what? Rightfully so. Kaede really is that damn amazing. The lengths she goes to make Riri hers (after falling in love with her in the premiere) is commendable because she did it fair and square, meaning she did not ever push herself on Riri or force her to love her back. She did as much as she could without breaking federal law, always openly declaring her love and desire for Riri, even standing up to Yuyu at certain points during her ice princess phase. Kaede is undeniably one of the best third wheels in yuri anime history. She deserves as much happiness as humanly possible.

There are many other lovely Lilies on the show. Some appear in several episodes and others only getting a brief glimpse. There are a select bunch who get plenty more screen time in the second half. One of them is one of my two favorite side-gays. I love this super long twin tailed girl so much I ALWAYS address her using her full name, Miriam Hildegard von Gropius. Admittedly it was her name that first drew me to her but she grew on me seconds after her debut.

The second side-gay spends most of her time working rigorously in her laboratory but she does have her moments despite not fighting much. Moyu, aka Asuka’s distant cousin. I will not say more about these two except I have a good eye for awesome lesbians, yes. Besides them there are plenty more great Lilies so surely viewers will find a favorite or two of their own besides Kaede.

Overall Assault Lily Bouquet is my favorite “Warrior Maiden vs Mechanical Aliens” anime of Fall 2020 and one of my favorite anime of the year. The cast is large but the Lilies who get their time in the spotlight take full advantage of it. The action is excellent, the presentation gets better with each episode (it may be tough on some viewers’ eyes depending on their health) and the yuri is delightful from start to finish, just not super steamy. Recommended to viewers who enjoy cute and sexy lesbian action shows. The writers hinted at more Assault Lily in the future. Hopefully they meant animation and not the mobile game.

Yuri and Slice of Life are my anime passion.
View all posts by OG-Man →
This entry was posted in Episodic Anime posts and tagged action, Assault Lily: Bouquet, mecha musume, sci-fi, Yuri. Bookmark the permalink.