I was instantly hyped for this show when it was first announced because it looked like a Girls Club show that was right up my alley. Let us find out if it became another Girls Club show worthy of aficionados’ time as we take a look at Slow Start.

Plot Summary: Unbeknownst to her classmates, 16-year-old Hana Ichinose was a year late in enrolling into high school. Although it may not seem like a big deal, it is a big deal to her. She wants to catch up with everyone else someday.

Tama, or as I dubbed her Tomato, serving Hana some ice cream.

Right off the bat I want to say that I am so glad episodes of Slow Start after ones of Citrus. Why? Because it balanced out Citrus’ heavy drama yuri with its lighthearted yuri that at times got pretty steamy but not raunchy. Basically this show was the perfect palette cleanser and it made me very, very happy every single episode. At its core it is another show about cute girls doing cute things and it was not ashamed of this in the slightest. At its core this is a show about a girl with poor social skills being afraid of socializing with fellow students due to her situation. I imagine that mainly people who can relate or experienced what Hana is going through can feel for her and understand why it is so difficult for her to tell her soon to be friends the truth…even though the audience quickly realize she has nothing to worry about. Again stand in her shoes to comprehend her personal pressure. Besides Hana the other girls, especially a certain college student introduced in the second quarter, also have their own personal struggles they must overcome such as separation anxiety and nervousness to share a hidden talent to name a few. Nothing spectacular but it does not have to be for a show like this. Grounded personal problems are more than enough to enjoy see how the girls find a way to solve them.

When not thinking about their personal problems the girls do what members of Girls Clubs do best, be adorable and fun to hang out with. The usual stuff can be expected such as eating sweets, talking about cute stuff, being happy go lucky and just enjoying life to the fullest. There is not much else to say regarding story content. On the surface it is a run of the mill Girls Club show but like every other great Girls Club show out there Slow Start features a wonderful cast of cuties to brighten everyone’s day. We will get to them in a bit.

The animation and soundtrack are solid. The girls are cute and sexy.

Update: Fans who are better at noticing animation quality than I am have rightfully pointed out the stellar fluidity of the characters in motion. A lot of detail went into their movement. I apologize for making light of the detail put into the animation.

The soundtrack along with the OP and ED are fun to listen to. Speaking of animation pay VERY CLOSE ATTENTION to the school statue whenever it pops up.

Now on the main four characters and the side-characters who stood out to me personally: 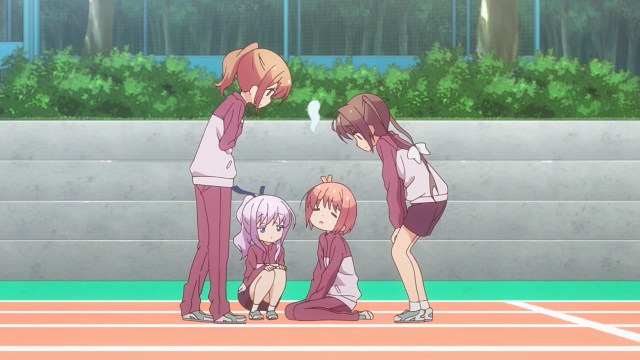 First up we have lead girl Hana. She plays the role of “straight person” in the comedy quartet. Initially it looks like she stands out the least of the four but that is intentional and part of her character. She does not want to stand out but rather make friends. Of course being timid alongside her personal grievance and it will not be easy for her to lighten up. Thankfully her two friends and future wife help make every day fun and chillaxing.

Next is Kamuri or Kanna from Dragon Maid’s human counterpart. She has a bottomless stomach is soft spoken but tends to make fun and witty remarks. There is also the possibility she is even more timid than Hana. Again personal situation. Thankfully her childhood friend and love interest Eiko is always there to give her a helping hug. Also she is a “shortie” meaning she is older than she looks.

Third is Eiko the hunter/chick magnet. She has a natural born charisma that she MIGHT be unaware of. What I mean she easily attracts girls and women to her by being herself. She does not have to pretend or roleplay at all. Girls just naturally gravitate toward her. She builds a harem of her entire classroom (Not counting Hana and Tomato)…except for one woman…Whether Eiko is fully aware of her GOD given gift is unknown. I leave that to viewers to answer for themselves.

Lastly we have Best Girl Tomato. A genki yuri otaku who is always full of energy and the first to make friends. She also likes using yuri game/manga/anime similes and metaphors when wanting to get a point across, leading to her friends sometimes being unable to follow her. It can be anything from “leveling up” to dating sims or romance routes. Also look forward to the episode where her family is introduced. Let us just say Slow Start made anime history. 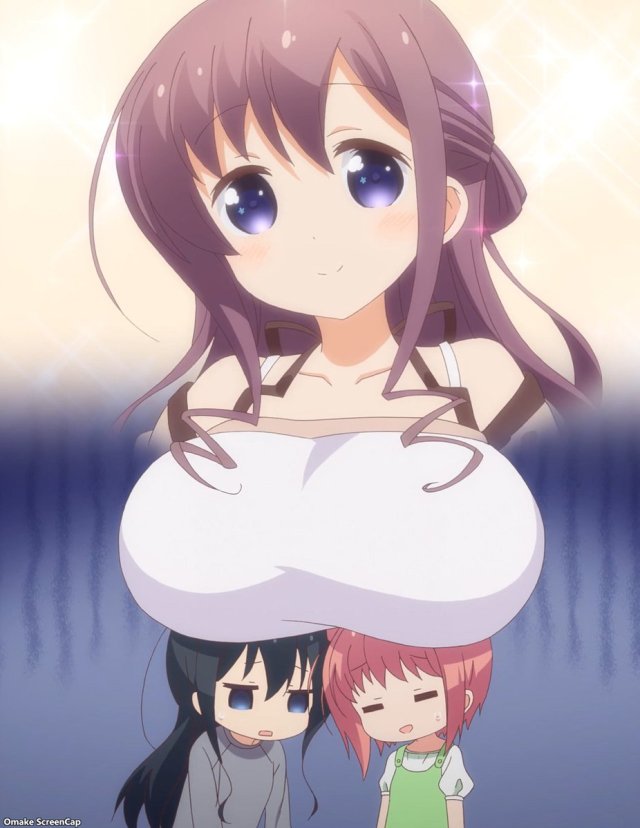 As for side-characters who stood out we have Shion, Hana’s cousin and lovable adult figure, Hiroe, a college student with a personal issue many current and former college students, myself included, can relate to and lastly Miss Enami, the gang’s homeroom teacher. All I will say is pay attention to Miss Enami whenever she pops up.

The yuri is everywhere in this show. Be it the Super Mega OTPs, Eiko’s harem (especially her top two love interests) and the side characters. Like I said, this show served as the perfect palette cleanser after watching Citrus during the Winter 2018 anime season.

Overall Slow Start may look like a straightforward Girls Club show at first glance but it quickly proves to be much more. The characters are adorable, the animation and soundtrack are solid, the character development is simple yet very effective and the yuri is much stronger than initially perceived. Highly recommended to Girls Club aficionados and yuri fans who want something lighthearted but also quite effective.

PS: The premiere episode can be “slow” for some. That was pretty much the point of the premiere but this is worth keeping in mind should readers choose to watch the show.

Yuri and Slice of Life are my anime passion.
View all posts by OG-Man →
This entry was posted in G-Views and tagged comedy, moe, school life, Slice of Life, Slow Start, Yuri. Bookmark the permalink.