Normally I do not like comparing adaptations to their source material or to what came before it, preferring to usually go into something as blind as possible and judging it on its own merits. However, there are a few times I compare things to help add context to what I am trying to convey in G-Views. This is one of those few cases as we take a look at the “Next generation” sequel to Battle Athletes Victory, Battle Athletes Victory ReSTART!

Plot Summary: Set in the year 5100, elite athletes from around the solar system compete to become Cosmo Beauty, the champion of a huge athletic tournament. The story follows Kanata Akehoshi. A farm girl whose life was forever changed when she met a girl from a crashed escape pod who had one request, become the Cosmo Beauty.

Like the original ReSTART! is mainly a sports anime set in the distant future though this time with events being a mix of what one would expect to see in the Olympics and more sci-fi like competitions such as an anti-gravity dodgeball like sport that may remind Final Fantasy fans of Blitzball. The competitions themselves, with the allotted screen time are fun to watch despite some of them getting brief glimpses.

When it comes to the stakes the original was for the most part about athletes wanting to become the best. In ReSTART that remains true but it is treated secondary compared to the heroines’ true motivations. Goals that could only be achieved with the authoritative power given to the Cosmo Beauty and the planet they represented. Think Miss Universe but with far greater power to the winner. This is tied to the main drama of the show. While not super deep each character has valid reason to give their all to win along with getting into heated arguments with other competitors before coming to a mutual understanding.

Thus we come to the other big difference. While there were some politics involved in the original it took a backseat to the competition and character drama. In ReSTART the political stuff was given equal amount of screen time to the characters and events. The events kind of felt secondary because of it. The bright side was it didn’t take away from the characters and their development as they were tied to most of their arcs, meaning they were connected. The other bright side is the politics are pretty simple. Heck the villains are “cartoonishly” evil (Though considering this anime came out in 2021 and the kind of political bigwigs we have…I would not call them unrealistic). Basically despite there being more political stuff than one would like it does not take away from the character development at all. The story is a straightforward one, for a sci-fi sports show anyway. I know others that are a bit more complicated than the Battle Athletes series. 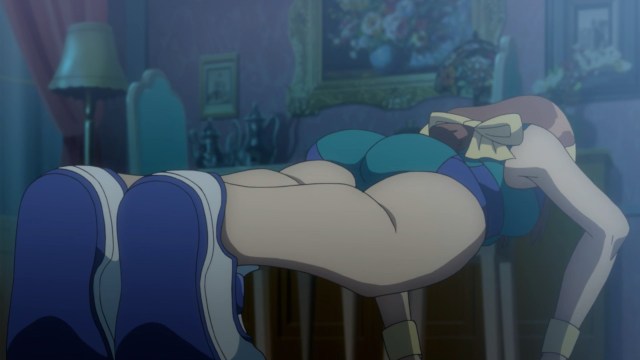 The simplest way to show off the animation in ReSTART is by comparing the OG’s booty with Kanata’s. As we can see the animators used their talents where it mattered most. The rest of the show can be described as giving classic characters a modern coat of paint similar to the Cutie Honey and Nurse Witch Komugi reboots for example. The soundtrack felt nostalgic with the background music along with the OP and ED reminding me of the original and even OVA series. 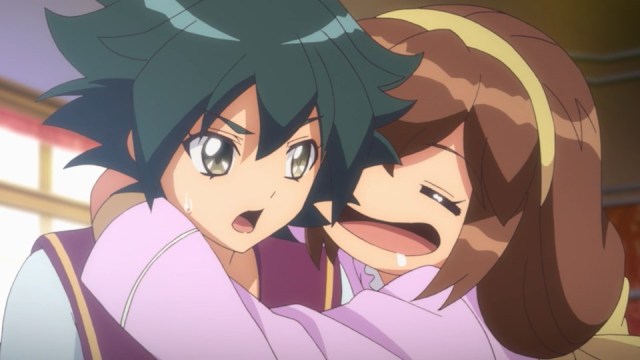 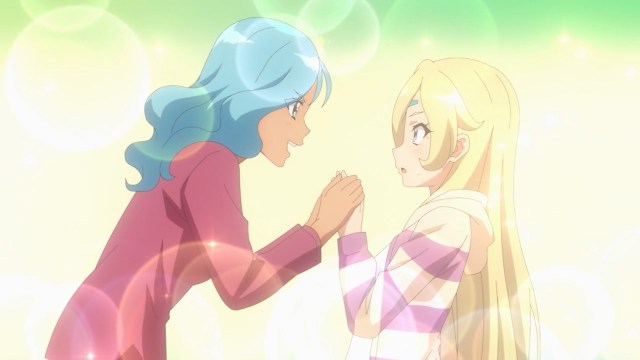 Best way to describe the yuri in ReSTART is something between the first half and second halves of Victory and the OVA. It is not as subtle as in the first half/Earth Qualifier Saga but not as blatant as the second/University Satellite Saga or in the OVA, meaning seasoned yuri viewers can tell most of our heroines are gay but they are not “gung ho” about it. Some of the girls do their surname proud while others such as Lydia really surprised me in the best way possible. I did not expect to like someone in her family lineage as much as her. Basically I gave the show a personal 8 because I liked the main heroines very much.

Overall Battle Athletes Victory ReSTART! may not be one of the more touted reboots/long awaited sequels like Inuyasha Jr and Higurashi S4 but like Cutie Honey Universe and Nurse Witch Komugi R I am glad it was made. It is a solid space sports anime show that despite the political side (or to be more specific the “backstage politics” stuff) getting a bit more focus than one would like the sporting events were decent and the main cast were great. The animation had a nice “modern classic” look and the soundtrack a nostalgic vibe. The yuri is not as strong as the second half of the original series or the OVA but still quite obvious. Worth checking out for the main ladies and some side-characters.

PS: There are references to the original series.