The following show was described by a friend of mine as “Cardcaptor Sakura with boobies” after seeing one episode. Was her comparison accurate or is there more to this show than that? Let’s take a look at Fantasista Doll and find out.

Plot Summary: Uzume Uno, a girl who is an elite player at card tournaments, is one day given a curious device which uses special cards to summon artificially intelligent female warriors known as Fantasista Dolls. From this day on, Uzume spends each day spending time with her new friends, while also fighting battles against other card masters who seek to have their wishes granted by the Mutual Dream Association Group in exchange for defeating her.

The best way I can describe this show in one sentence is a card battle anime using cute female cosplayers of different ages, shapes and bust sizes. The girls are aided by their masters who use magic and trap cards that will probably never see production outside of the anime, although I would like to see a card game where a sandwich buns and condiments can be as effective as a bind attack. The fight scenes range from still images of a big fight going to happen to an actual fight. Sometimes the viewers get lucky, sometimes they don’t. It depends on the relevance of the fight.

I find this attempt at faux censorship amusing.

When the girls and their masters aren’t beating each other up, they’re either doing cute things or discussing emotions and desires. One topic that comes up often is the Dolls and their feelings. Long story short, they do have feelings. There are also some masters that made me somewhat ponder what goes on through the head of some people in real life and how their environment affects their emotional growth.

Two examples are the art class student and the “Dollhouse” girl. The latter made me question the effectiveness and influence of parenting.

Now FD won’t bring change to the anime world in its concept or storytelling (Power of Friendship motif strikes again) but the concept is still original in its own way. I mean, when was the last time we had a FEMALE card master as a main protagonist of a card battle anime? Let alone a card battle anime where the masters summon a.i. girls from cards? Haven’t seen that before (For those who are eager to correct me, hush up). It does have some familiar mahou shoujo traditions, like the transformation sequence (which is neat btw), the helpful mystery pretty boy(s) and beating up rivals to earn their friendship/love.

The animation is okay. The special attacks are shiny and the girls are colorful. The music is the weakest part of the show unfortunately. Other than the OP, I don’t think any of the other tunes will stick in viewers’ heads. 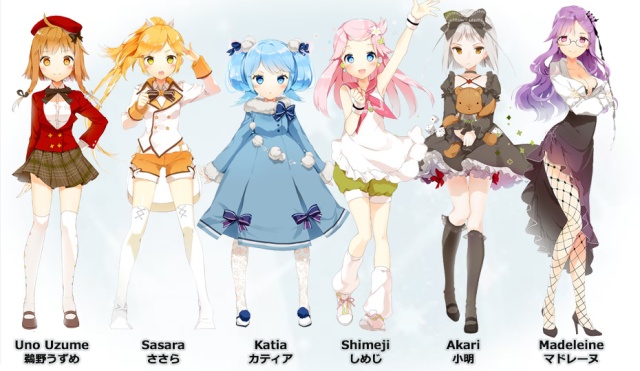 -Uzume is initially a pain. She just needed a helping hand and she quickly improved, though she still kinda whines a bit from time to time.

-Sasara is the tsundere leader of the group. She’s competent but also stubborn.

-Shimeji is the sweet character with a gentle heart. That usually means something powerful lies dormant within.

-Akari is a classic goth girl who rarely smiles but is not prone to telling others how she feels. She’s also a master at yo-yo-fu. 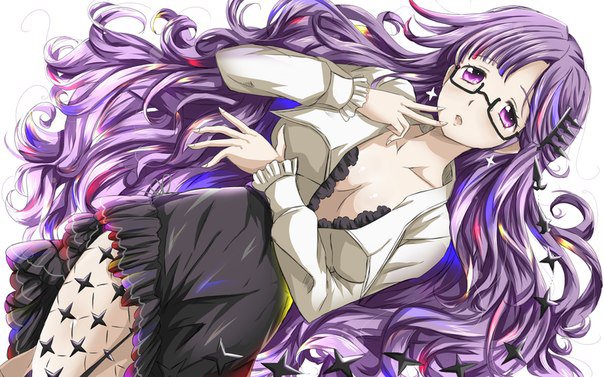 My two favorite Dolls and characters on the show should be no surprise to my fans. Madeleine is the mature and well-endowed member of the team. She is also the team’s strategist and maternal figure, when she isn’t giving in to her personal desire for sweets. 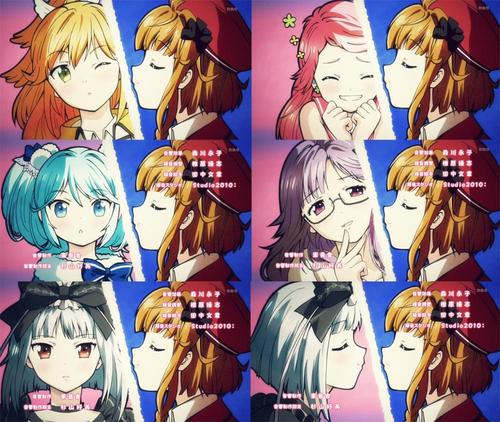 While none of the show’s potential pairings can be seen as canon, that doesn’t mean the nation can’t work their magic. Oh, Uzume isn’t lovey-dovey with any of her dolls, but the dolls themselves and other girls on the show are with other girls.

Overall, my friend was right about Fantasista Doll. It’s Cardcaptor Sakura with boobies. Whether that’s a good or bad thing depends on who one asks. FD is a show that does what it does well without needing to be more than that. I had a good time watching it and would like to see it again at least once. More Katia and Madeleine never hurt anybody. I would say viewers who enjoy watching cute girls wearing cosplay outfits beat each other up and don’t mind fanservice too much could give this one a go.