The following is a straightforward but complicated show to discuss. Read on to see what I mean as we take a look at Joshikousei no Mudazukai. 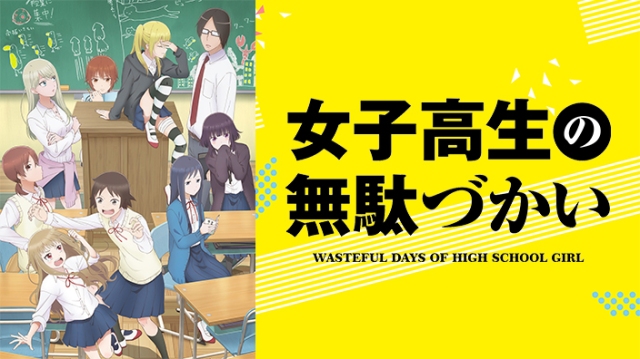 The show is about the daily school lives of a group of oddball high school girls.

That is literally all the show is about. Viewers watch each girl get their time in the spotlight interacting with their classmates and friends/family outside school. What makes this one special is how (for the most part) hilarious it all is. The girls are not over the top weirdos. They all fall under familiar anime schoolgirl stereotypes. The magic lies in the execution. This is where the complicated part I mentioned at the beginning comes in. It is another one of those comedies where viewer enjoyment heavily depends on their sense of humor. Personally this is one of the funniest anime of 2019 but to someone else it is nothing special. Such is life after all. Allow me to elaborate as I bring up my favorite characters.

Take best girl Robo for example. The girls are all given nicknames in the first episode. So Robo. She is a classic monotone girl who almost never grins, is very perceptive and based on her hobbies may possibly want to become a biologist/chemist/scientist in the future. Reason I love her so much is because of her timing, lines and how she delivers them in her previous monotone voice and (mostly) singular expression.

Next is Yamai, the token chuunibyou (8th Grader Syndrome) girl. Again she is a run of the mill chuuni on the surface but what makes her one of the best is her delivery and how she spins things to have a chuuni meaning. Her discussions/interactions with Mr Waseda are some of my favorite parts of the show. We will talk about him in a bit.

Third is Lily whose nickname is the same as her name (That or she was not given one because she debuted near the halfway point). I need not explain what kind of character she is. All readers need to know about her is she is one of the most skilled in her field, having great control over her power, is quite skilled at her craft and will openly accept most invitations but is patient at the same time. Her weakness sparked some debate when it first happened, each person having a different answer to why “that” happens.

There’s a simple explanation to why Wota’s eyes become this way on some occasions. See Episode 2 for details. That and she has the best voice of them all.

The other main and side-girls are all hilarious in the same way, each falling under an anime schoolgirl archetype but adding their own spin to the formula resulting in much hilarity. 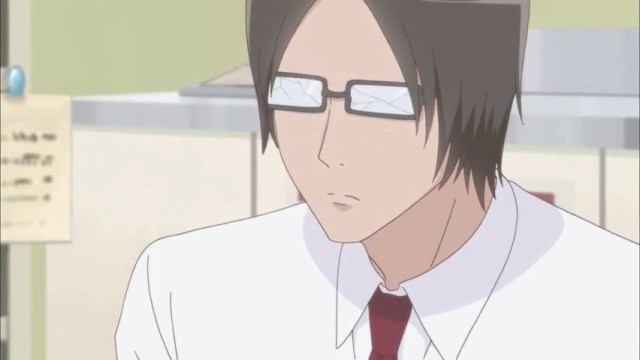 Mr Waseda, seen here slowly losing his sanity. It is a weekly occurrence.

On to Mr Waseda. Initially I thought he would be like Zetsubou-Sensei where his class slowly turned into his mad harem but thankfully that is so not the case. He openly stated what his ideal COLLEGE girlfriend was in the first episode, His role is slowly losing his sanity each week thanks to some of his wacky students, two in particular. I already brought up one of them.

I enjoyed this show so much that even my least favorite girl, Baka, has her moments here and there. Episodes 1 and 11 are my least favorite of the bunch but they are not bad. Just not as funny as the other 10.

The presentation is simple but effective. Not too flashy but has its moments of brilliance. The soundtrack is simple while the OP is nice (Mic check) and the ED sweet.

As for the yuri there are lesbians among the students and several potential couples. Plenty to go around, yes.

Overall Joshikousei no Mudazukai is one of my favorite anime of 2019 but its enjoyment relies heavily on viewers’ sense of humor and whether they are okay with another high school girl comedy show.

PS: Each episode has a Post-ED segment so be sure not to miss them.

Yuri and Slice of Life are my anime passion.
View all posts by OG-Man →
This entry was posted in G-Views and tagged comedy, Joshikousei no Mudazukai, school life, Wasteful Days of High School Girls, Yuri. Bookmark the permalink.