The Magical Revolution Episode 3: New Game for the Genius Lady

Hitting the Reset Button is rarely easy as our beautiful genius would soon realize.

We began with Euphie in the process of moving out of her old home into her new one. Technically it’s a hideaway till things calmed down but close enough. The important thing of note was a key in a box. One would assume it’s the key to her room as a symbolic gesture of closing an old chapter and starting a new one but as mentioned in the intro it wasn’t easy for our lovely co-star. She seemed to have not slept well and barely hid her concern when Ilia asked how she felt.

Unfortunately her day would be a busy one but at least she’d get to spend the morning with her future spouse. After making a spectacular…ly bumbling entrance Anis invited her assistant to perform her first experiment. As mentioned last episode she had a magical gift for Euphie but first she had to test the prototype. Like Anis had hoped Euphie easily unlocked its power to form a cool mana saber.

To further prove her high praise of Euphie right she quickly deduced the saber’s double use as a sword and magic wand. The next test was a broom ride. Remembering what happened last time Euphie made Anis swear she wouldn’t let go. The test went as one would expect. 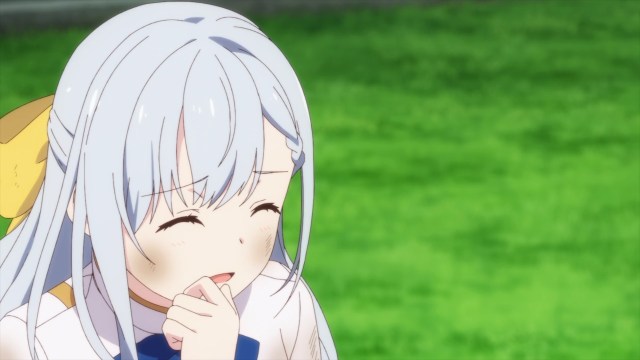 As Anis begged for forgiveness Euphie surprised her with slight joy. The gay princess thought “That’s it. That’s the happiness I want her to regain. Just a little more” but as mentioned it’s slight because euphie went into “prim and proper” mode feeling her giggling was uncouth of an assistant. Anis tried to tell her there’s no need for formalities and instead enjoy the experiments but Euphie hesitated. Sadly they couldn’t continue as it’s time for business. We’d see our beloved princess again later.

As Ilia helped Euphie get ready she thought it’s hard for the hot maid to serve a wild princess like Anis. Ilia’s like “Eh. You get used to it. Besides, it has its benefits”. She thought if Euphie didn’t enjoy being with Anis it’d be best to call off the agreement but Euphie’s problem was she felt distant from Anis. She knew the princess was a good person but she didn’t “get” her yet. 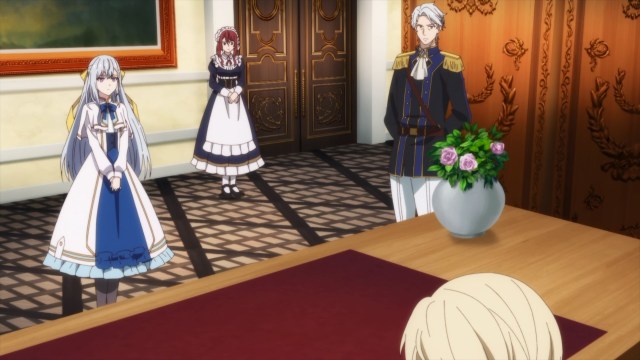 The main topic of the meeting was Prince Al’s behavior. I think he’s confined until a reasonable resolution could be reached but he wouldn’t budge from his beliefs. The king and the duke were concerned because among his posse were demon seeds of some pretty influential politicians. Some whose ideals clashed with theirs. On to Euphie. They understood she had little interaction with Miss Blessed Bazookas and that she didn’t do anything wrong in her former engagement with Prince Al. Duke Papa did suspect there had to be more to his actions than just being (understandably) honi. The dads asked her to recall that night for clues. She didn’t know much but could tell they believed in their resolve. To them it didn’t matter if what they did was wrong but them believing what they did was right. Next Euphie presented the key in the box to King Daddy O. Turns out it belonged to the forbidden library which Euphie used to study up on becoming queen. 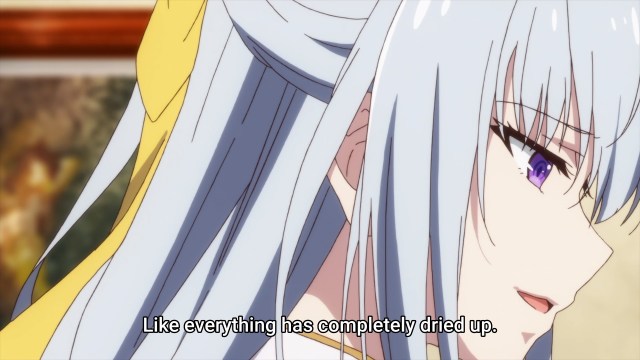 After what happened she didn’t feel she had the right to become queen. The king asked her to reconsider but she knew from the start Prince Al felt nothing for her. Breaking up didn’t make her mad, just give her an empty feeling. Duke Papa tried motivating her to not let it get her down but he still needed to work on the “being a good dad” thing. His heart was in the right place at least.

As Euphie greeted her staff one last time till the forseeable future she looked at her old fitting dress. The work she put in to become the ideal queen was hard and demanding but part of her seemed to have enjoyed it. Part of her would kinda miss it. Viewers could tell this after Ilia complained about her mistress’ uneven weight compared to Euphie’s yet still thought her becoming a free spirit like Anis would be good. Best guess was she felt directionless.

Cue the one destined to fill the emptiness inside Euphie’s heart. 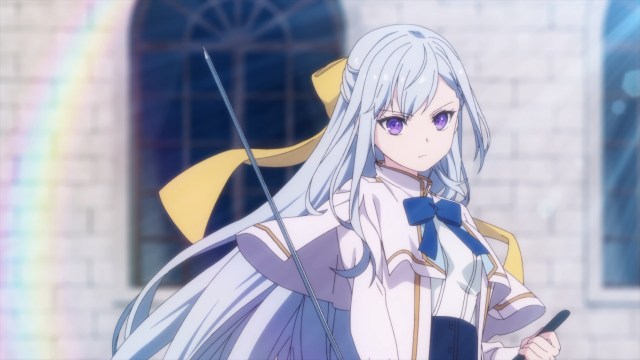 Said invention was inspired by the Myrtenaster (Those who know, know). The “Arc-en-Ciel” rapier which of course was French for rainbow. The inspiration came from how Anis viewed Euphie. A spellcaster and girl as beautiful as a rainbow. 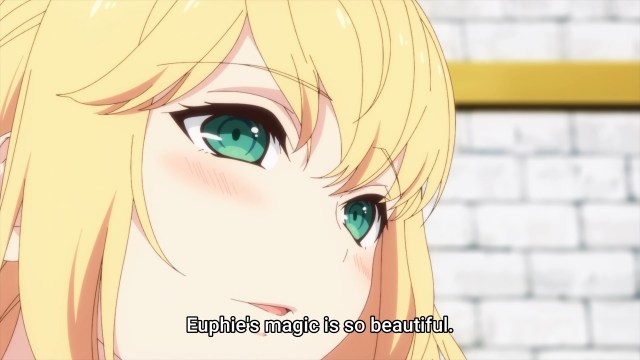 As previously mentioned Anis loved magic and dreamed of becoming a great magician but she couldn’t. The day she saw a young Euphie casting magic was love at first sight. Seeing her use Arc-en-Ciel so elegantly reminded her of that feeling. However, part of her envied Euphie’s gifted spellcasting abilities. 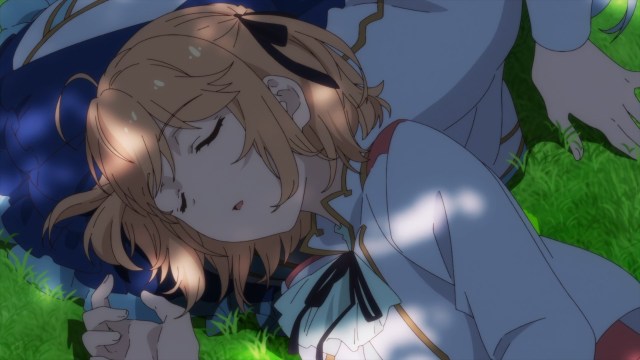 Meanwhile Euphie envied Anis’ free spirit. yearning to be as unafraid to express herself as the sexy goofball. Classic pairing setup of two souls brought together to patch up the lingering wounds in their hearts.

Yuri and Slice of Life are my anime passion.
View all posts by OG-Man →
This entry was posted in Episodic Anime posts and tagged Episode 3, Tensei Oujo to Tensai Reijou no Mahou Kakumei, The Magical Revolution of the Reincarnated Princess and the Genius Young Lady. Bookmark the permalink.

13 Responses to The Magical Revolution Episode 3: New Game for the Genius Lady