Sarasa got a rival but it didn’t mean what some hoped. 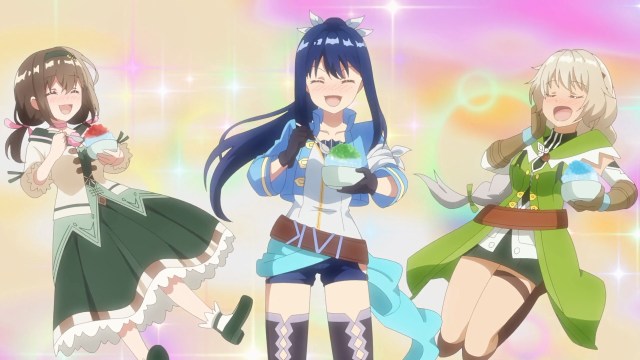 We joined our main girl introducing her future spouse and homies to the sweet wonder that is shaved ice…and a mischief maker’s favorite trick the brain freeze. Good thing for Sarasa Mr Andre came in the nick of time. 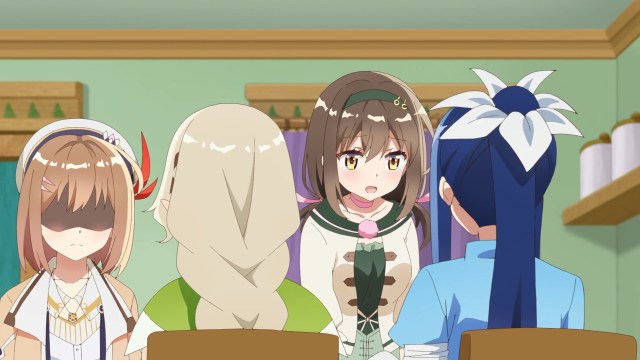 The fun times took a brief pause when Mr Andre told them about a rival salesman taking advantage of the Frost Bat fang boom to make a profit from their sudden resurgence in those parts. He sold them for high prices and was making business rough for Sarasa. However, the most important detail was he saw what looked like the salesman in cahoots with bandits. Sarasa’s face in the above screen grab told the story. She did her best to hide her true feelings on the matter as the gang discussed the connection between the salesman, his scheme and the bandits. Iris and Kate deduced the salesman had a grudge against Sarasa. Lorea wondered how anyone could hate her beloved. The ladies said business cutthroats didn’t need personal reasons to hold grudges. Jealousy was enough. When they used her dad as an example Lorea panicked, worrying the bandits may go after him. She revealed her grandparents were killed by them and once more Sarasa’s reaction told the story. When she finally said something she confidently promised to punish the bandits if they were to get in the way. 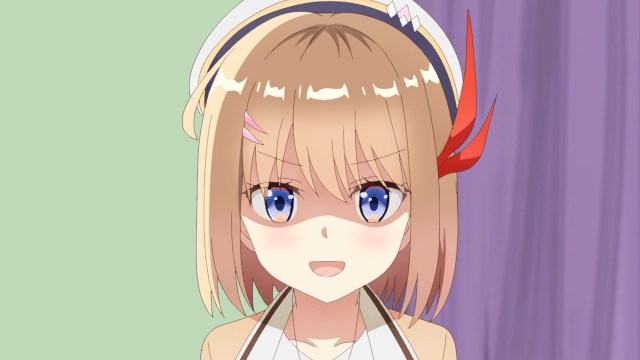 Anyway Sarasa switched gears when it’s confirmed she was the salesman’s target. She wickedly showed she too could be a cutthroat saleswoman and it became a cat and mouse game to see who would outlast the other. 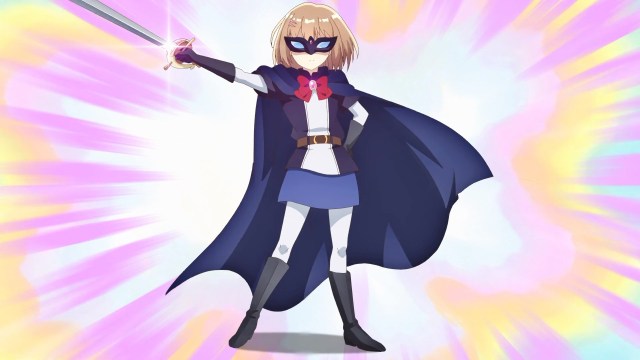 As we can see Sara-, I mean Novicessa was having a grand time. 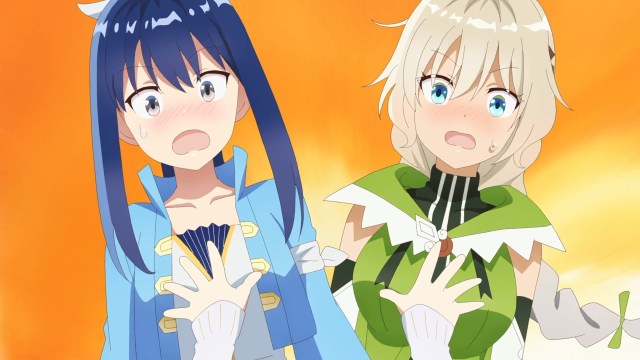 When it became clear the raivaru was a tough customer Sarasa knew exactly who to call for help. No, not Mistress Ophelia. She had another sexy lady on her side. Before that Iris and Kate made a remark about her “size” and Sarasa suggested they pay off their debt using their greatest assets. She’s half joking of course as she could easily use alchemy to turn herself into a sexy beast but because she respected the body GOD helped her parents conceive she didn’t. They acknowledged how much she loved her parents but Sarasa said because of their job she didn’t see them home often but still enough to develop a bond with them. Take note of her leaving out the part about them being murdered by bandits. I’ll explain why at the end.

We know by now in this world when a female alchemist has a female assistant it means they’re married.

So yes. Leonora’s back along with her lovely spouse. She looked up the shady salesman and learned he’s a known con man named “Gree Dilly” in English. The important part was he made deals with bandits to attack unsuspecting alchemists, especially young ones, and drive them into debt and repay it by working for him. Despite obviously being a bastard like any real life corrupt businessman he found ways around the law. He suspected Sarasa’s easy pickings which was why he targeted her. If he only knew. 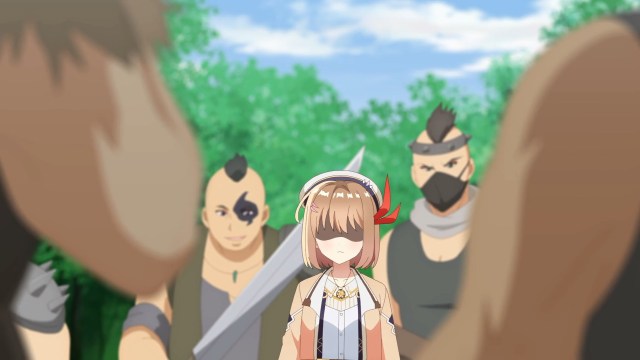 She rushed home to take action but got surrounded by the bandits in the forest. I don’t think I need to go into detail about what happened next. Let’s just say the Blu-Ray release may include additional content in certain scenes…

We ended the episode with Sarasa gleefully showing Gree Dilly why she was the superior saleswoman and her saying she’d use the bamboozled money to help the alchemists he screwed over.

Remember what I said about Sarasa leaving out the “bandits killed my parents” part? Pay close attention to Lorea’s reactions from the point she told her story to the end of the episode. This definitely won’t be the last time we hear about this topic.

Yuri and Slice of Life are my anime passion.
View all posts by OG-Man →
This entry was posted in Episodic Anime posts and tagged Episode 8, Management of a Novice Alchemist, Shinmai Renkinjutsushi no Tenpo Keiei. Bookmark the permalink.

17 Responses to Management of Novice Alchemist Episode 8: Raivarus and Triggers