A pairing as old as time.

We joined Maria guiding the gang to follow her precise instructions on how to perform a complex pattern that had them use their shields for special effects during performances. That one that ruined her plan was Mana with her oddly yellow colored shield. 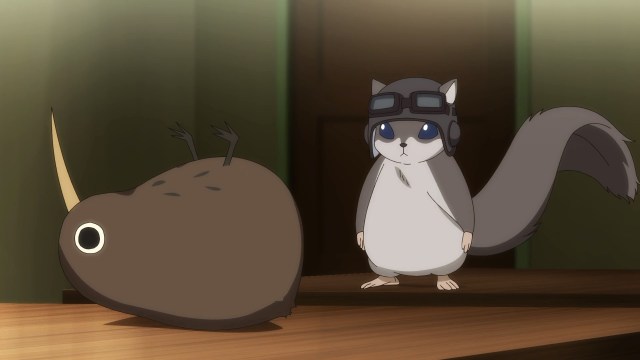 Later in the classroom Maria again went into great detail on her “grounded” gameplan. Meanwhile Lady Aira and especially Mana wanted to go airborne. Each time one of the girls mentioned flight Maria fidgeted. Mana grew bored of Maria’s complicated instructions and insisted on flying but Maria dropped the “Listen to your higher ranked officer damn it!” card. 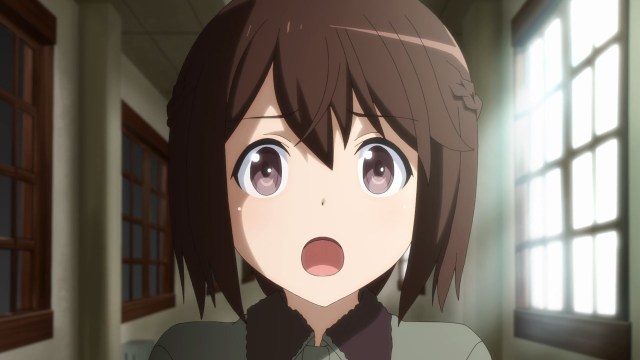 It didn’t take long for her to regret going that far. As she thought about it Inori rushed over to talk about her concerns about flying. Though she wasn’t good she would do her best to get better. This triggered something in Maria. 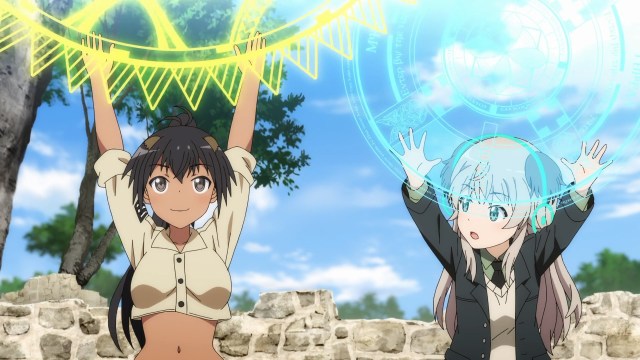 We’ll get back to Maria soon. After their argument Mana didn’t feel like being around Maria and uncharacteristically ate less than usual. Ginny was worried and followed. She did her best to understand Mana’s worldview. It wasn’t easy but as mentioned Maria’s precise explanation was too complicated for her because she had a free spirited understanding of things. That way of thinking was how she invoked her unique barrier color. As she went on her familiar noticed a sheet of paper stuck on the tree. They’re wildly scribbled flight patterns. They recognized it as Maria’s. They found more of them scattered around.

As shown earlier Maria’s graphs were scribbled over because she snapped. As Mana came to praise her graphs that she could at last understand Maria admitted she avoided flying because she’s afraid. Whether it’s because of almost falling during the Lady Aira episode or before that she’s upset at herself for wanting to think big but not having the courage to carry out better “dance moves”.

All Maria needed was someone like Mana to give her the right push.

Thanks to them hooking up the girls “went with the flow too” and created their own uniquely colored barriers. Though not useful in combat it’d serve them well during performances. Funny enough Lady Aria struggled a bit to create her own.

Yuri and Slice of Life are my anime passion.
View all posts by OG-Man →
This entry was posted in Episodic Anime posts and tagged Episode 6, Luminous Witches. Bookmark the permalink.