As the title indicates this is a show about idols who also play sports. More than one as we’d soon see. 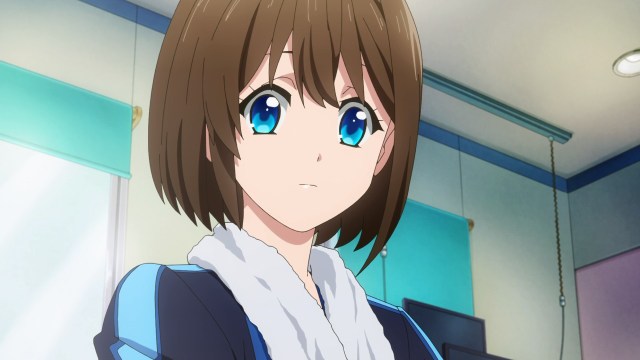 We got a quick glimpse of what I described in the intro. Cool idols decked in powered up sports gear. Soon we met our main heroine Hiyori using power shoes to quickly deliver mail. She’s an aspiring singer who was saved by the power of music. Unfortunately her career was off to a rough start with all her auditions denied and her first set of songs barely selling. 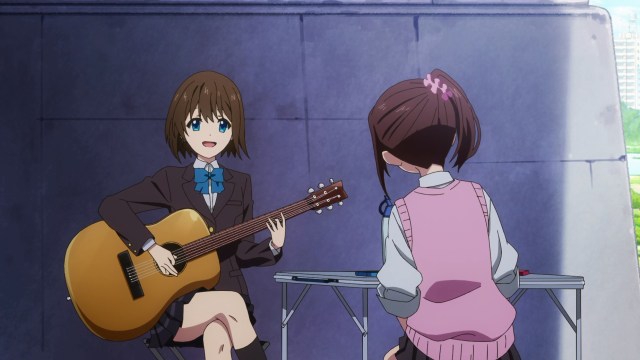 The one person who kept her going was Saki, her biggest and only real fan. They had a special spot she always played for her. Sadly things were about get worse for Hiyori as her manager was forced to cut ties with her but all was not lost as she suggested competing in the Hyper Sports Tournament since she’s athletic and win an opportunity to perform in front a large crowd. It didn’t take long for her to decide to go for it. 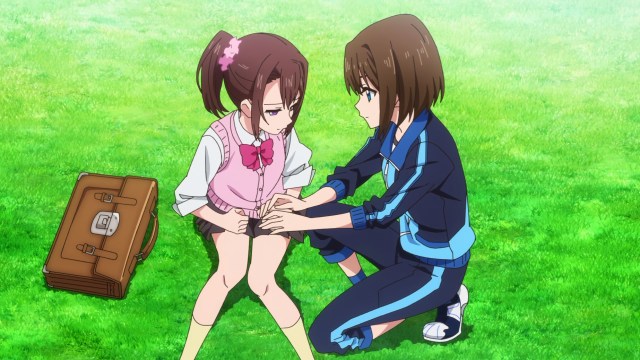 When she told Saki about it however the kouhai wasn’t pleased. She used to dream of becoming a pro futbol player but after rough personal experience and the toughness of the tournament her dreams were crushed. She didn’t want her beloved senpai to suffer the same heartbreak but when Hiyori didn’t look like she’s backing down Saki stormed off. 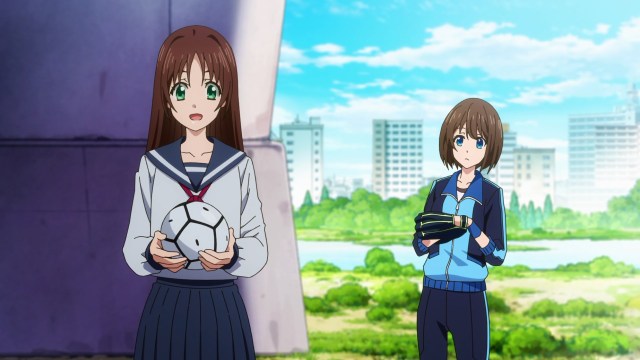 Later Saki’s childhood friend Sumika called to hear a deflated bestie. When she told her about the argument and wanting to apologize but worrying over Hiyori not taking her back she asked Sumika to give her a crash course on Hyper Sports in hopes her seeing how tough it was would demotivate her from entering the tournament. Sumika’s a pro herself and…let’s just say she’s Saki’s “wing girl”. To her surprise Hiyori showed great potential. We saw her train in the three main sports: football, baseball and basketball. 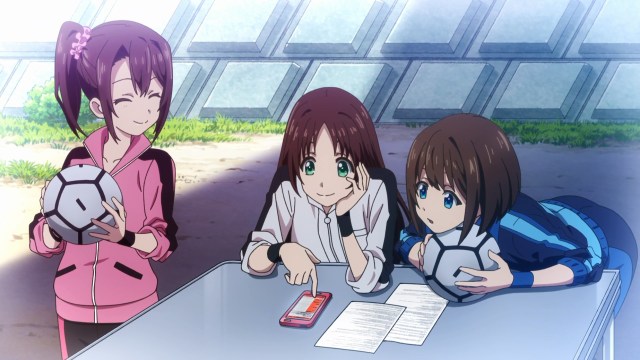 When Saki heard Hiyori wouldn’t quit she reminisced about her painful past. Basically she grew to love football at an early age but her teammates shunned her for being too good, jealous of her skills. This hurt her but she’s revitalized by Hiyori’s songs. She tried going pro but as mentioned Hyper Sports were no joke. Even so Hiyori’s who kept her going so she decided to help her train. After a montage and huddle it’s time for the qualifiers. Hiyori would enter as the human captain of an android team. The team name was Rise. 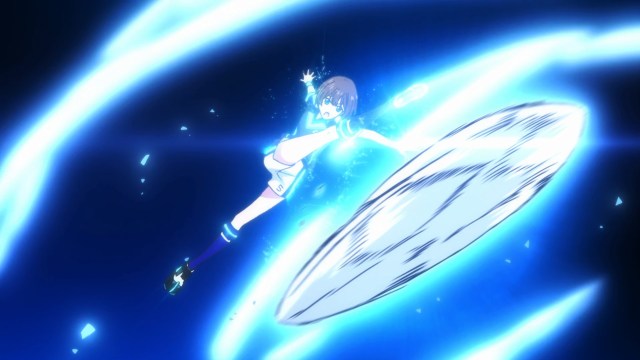 As expected her first match was hard as it’s like a player who spent most of her training against the CPU on the hardest difficulty facing a team who played online ranked for a very long time. It wasn’t total domination but despite Hiyori scoring goals she’s way behind. 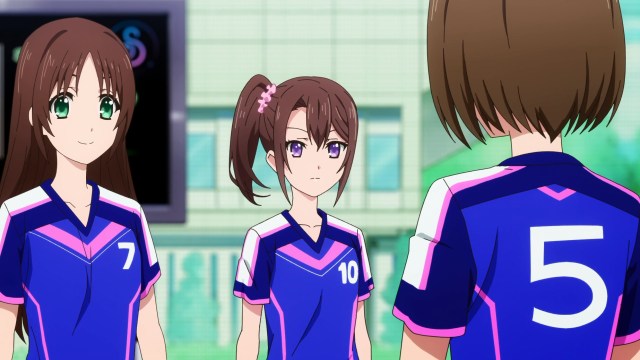 Hopefully next episode we get an explanation on how Saki and Sumika, spectators, got to join the team mid-game. Maybe they registered as reserve players.

Saki couldn’t bear seeing Hiyori struggle reminiscing of painful memories but Sumika reminded her they came to support Hiyori. Finally she couldn’t take it anymore and the two joined the game to help Hiyori. She’s determined to help her beloved senpai’s beautiful singing voice reach a large audience. We’d learn in the preview there’s a confession in the outtakes. Even as a cute joke I hope we get an intimate moment between Hiyori and Saki.

Yuri and Slice of Life are my anime passion.
View all posts by OG-Man →
This entry was posted in Episodic Anime posts and tagged Episode 1, Extreme Hearts. Bookmark the permalink.