When we last left our heroines Aoi was competing in the tournament while Eve really wanted to keep their promise of competing with each other in a full game. 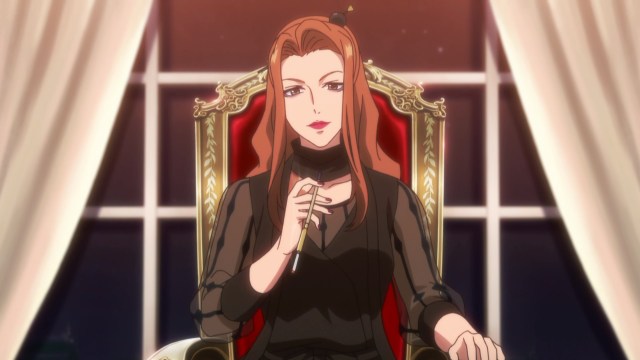 We got a better explanation of how Eve got into the Under 15 Women’s Championship Tournament. Rose made a deal with the Madame. Eve was even willing to offer her body but alas the Madame wasn’t a woman of culture. They did strike another deal but Eve was kept in the dark on what it entailed. 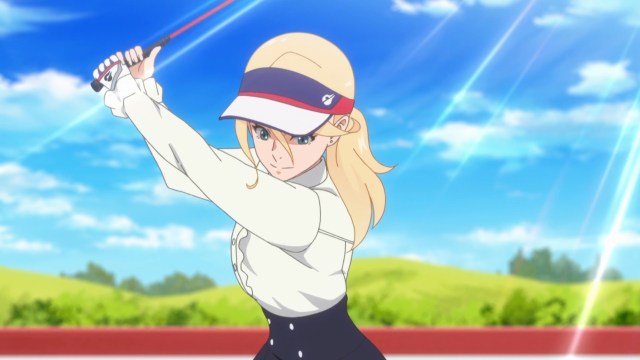 Sadly the two wouldn’t play in the same group but made sure to keep track of their scores via Amane and Rose’s imouto respectively. Speaking of Rose she explained to her imouto, the girl who ran the rigged mini-golf challenge last time, about Eve’s style. Where she lacked finesse she more than made up for with raw power and accuracy. For wrestling fans think Goldberg. She hit hard and each swing counted. Her hits were so impactful lesser opponents were mentally scarred or slowly discouraged. 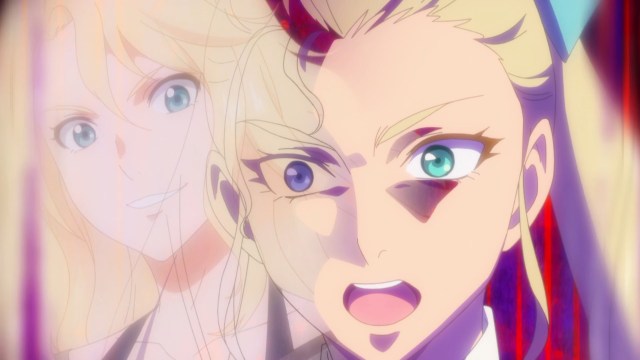 Eve had two pretty cool shots this game. The first was when the ball was in a Deep Rough (meaning under tall grass). Normally this would lower accuracy and power of the swing to get it out, similar but not as bad as Sand Traps/Bunkers, but Eve aimed for the top point of the Green and it rolled near the hole. 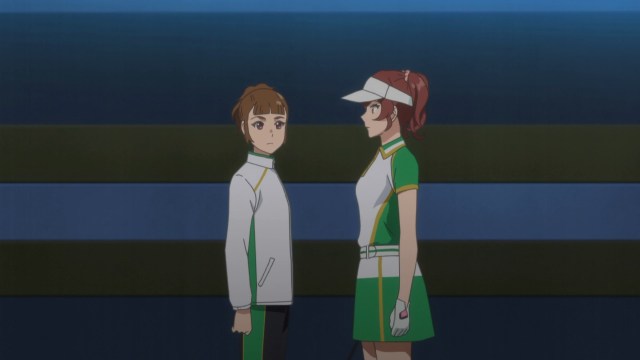 We got a brief look at Haruka and Ichina. Haruka was touted as having potential while Ichina wanted to be the caddie of the next rising star in Women’s Golf, hence why she ignored Haruka’s offer to become hers. 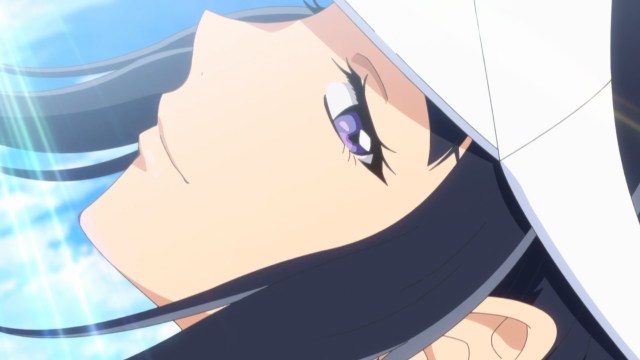 At one point it looked like Aoi was falling behind Eve who thought she’s holding back. As soon as Amane reported Eve’s progress she regained focus and got an Eagle (Finishing the hole in 3 swings in a 5 swing hole). Eve saw her and was like “That’s better. I’m sure she’ll pass me but I’ve got this”. 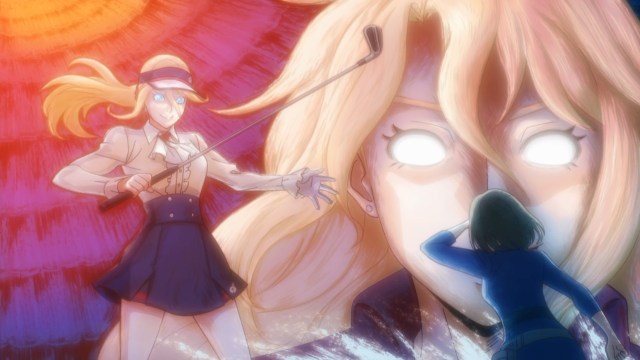 Time for the second awesome Eve moment of the episode. It’s on the dreaded 14th Hole. Amane’s like “You’re strong but you can’t do slice/hook shots. You’ll never beat Aoi that way. She thought the game was in the bag when Eve again went for the woods but to her shock Eve aimed at the exact same spot and hit the ball in the exact same arc. Eve knew the branch from last time wasn’t there anymore. Amane acknowledged her as a legit threat to Aoi.

Meanwhile Aoi got another Eagle as players watching the stream in her training academy cheered on but pros watching were focused on Eve being one point ahead, or in the case of golf, below her. 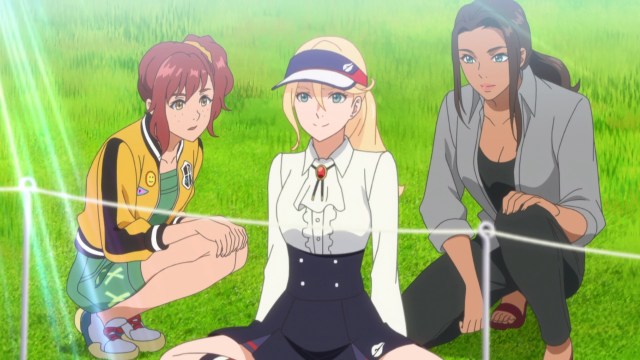 Another reason I made the Goldberg comparison was Eve not being used to long games but rather short and to the point ones. She’s tired. Lily and Klein (Didn’t know her name in Episode 1) saw her in one of the orphans’ tablets and went to join her. Lily asked why Eve’s competing and she reminded her of the promise with Aoi as the two leads used their shonen anime mind link to congratulate each other on a good game hoping next time they’d be in the same group to compete directly. However, just as it looked like Aoi was about to win Pac-Man Ball made a last second curve similar to the mini-golf game as Rose made it sound like the hole was rigged. Was it really or did Aoi have rotten luck? Nah. It’s rigged. Has to be part of the deal between her and the Madame to have Eve win. We’ll find out next time.

Yuri and Slice of Life are my anime passion.
View all posts by OG-Man →
This entry was posted in Episodic Anime posts and tagged Birdie Wing, Birdie Wing -Golf Girls' Story-, Episode 3. Bookmark the permalink.