After the good man Macho Chikorita (Chikorita157) helped out by reviewing the first Blue Reflection game I promised I would eventually do the sequel. The time has come. Would this follow Nights of Azure 2 in being bigger, better and gayer than its predecessor? Let us find out as we take a look at BLUE REFLECTION: Second Light, aka Blue Reflection Tie (Japanese), aka Blue Reflection 2, developed by Gust and published by Koei-Tecmo.

Note: This is a review of the Nintendo Switch version. The graphical performance may differ on PC and other consoles. 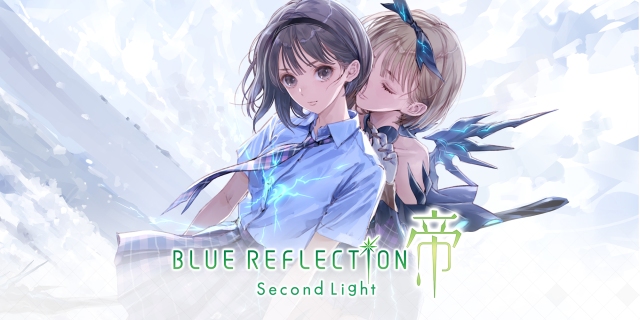 Plot Summary: Ao Hoshizaki, a girl whom regards herself as “normal”, was on her way to summer classes when she suddenly vanished and awoke at an isolated high school surrounded by water. With no memory or understanding of her situation and only three other girls as companions. Ao and the other girls slowly begin to recall their memories as they venture into parallel dimensions, dubbed Heartscapes. 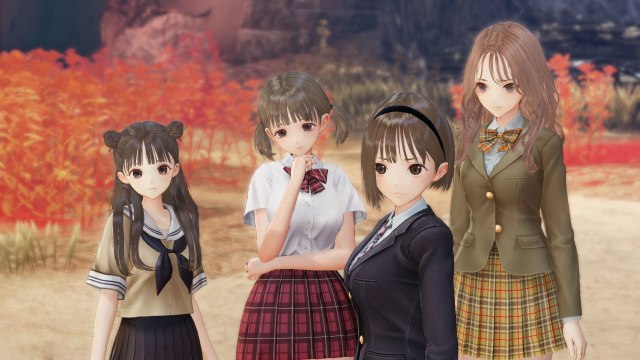 The story has Ao and her growing harem exploring Heartscapes, which are worlds created based on each girls’ memories and emotions, helping them restore their lost memories and slowly learn more about the mysterious dimension they are in, what is going on and why are specific girls transported there. This being the sequel to the first game there are connections to it and the Blue Reflection Ray anime but it is not necessary to have played or seen them to follow the story. The main heroines’ relationship and their great battle is mentioned in the former while the latter subtly hints at events of the show but the girls who appear continue their story/cover some unanswered questions in the anime rather than reminisce of past events. Players who want to learn more will have to check them out for full details. The main story of BR2 is pretty cool with some interesting reveals but the main draw are learning about the girls and their relationships with each other and Ao. Oh and while there is drama BR2 does not get anywhere near as dark or dramatic as BRR can be. They share the “cute girls doing cute things” stuff of the show and BR1. 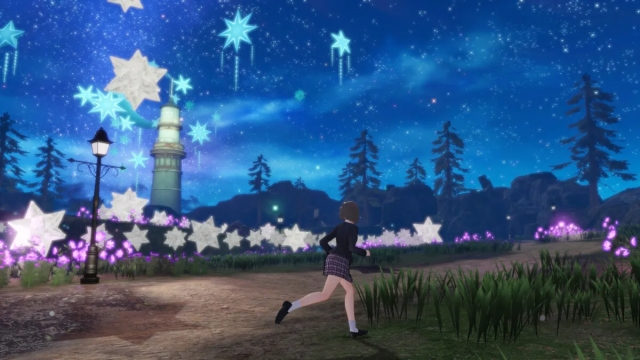 The graphics are similar to BR1 but brighter and shinier. The girls are all pleasant to look at. Each girl has their own Heartscape which transforms usually plain locations like the countryside, cities and shrines into visual spectacles full of wonder and danger. During battles the camera is usually on the move so sometimes the attacks can be a bit hard to notice but they look cool too. The soundtrack, like the first game is a mix of classical music and kind of slow trippy techno music. It is difficult to describe in words but listen to it and it might make sense. It is an interesting soundtrack. Characters are fully voiced in the main story and important cut scenes. In request scenes the girls use voice clips. The seiyu from BR1 and BRR return to voice their respective characters. 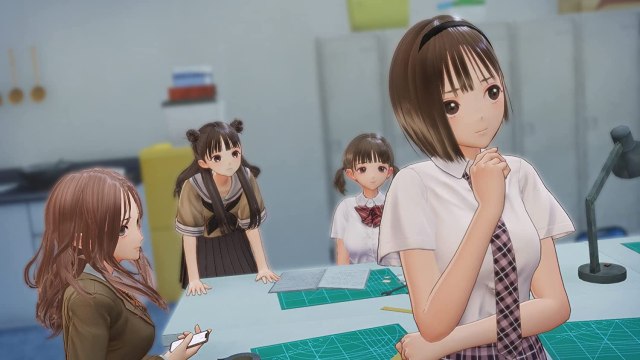 On to gameplay. Ao and the gang start at home base which is the mysterious school in the middle of the ocean. While exploring Ao can pick up crafting items, trigger events depending on Time, weather and Chapter, interact with the other girls and soon ask them on dates. More on this in a bit. In Heartscapes players explore them by climbing, crawling, walking across tight spaces and sneaking (more on this in a bit) while gathering items and battling enemies venturing deeper into dungeons, mostly consisting of three floors/layers. After the first dungeon there are sub-bosses and optional bosses to fight before the main boss. There are other surprise bosses too once in a while. On rare occasion there are light puzzles.

Once enough items and materials are gathered players can craft consumables (recover HP/EP, power boost, remove status ailments etc), key items, items used to destroy certain blockades in Heartscapes, construction parts and build facilities around the school. These facilities, besides decoration and dating spots, provide consumable items, status buffs (some with nerfs to balance them out), change time and weather etc. “Blueprints”/Memories for crafting and construction items are unlocked by story progression, completing requests and leveling up girls’ Talents. Built facilities can be strengthened with enough materials once the ability to do so is unlocked. Eventually there will not be enough room to build more facilities but eventually completing certain requests will unlock space for a couple extra. 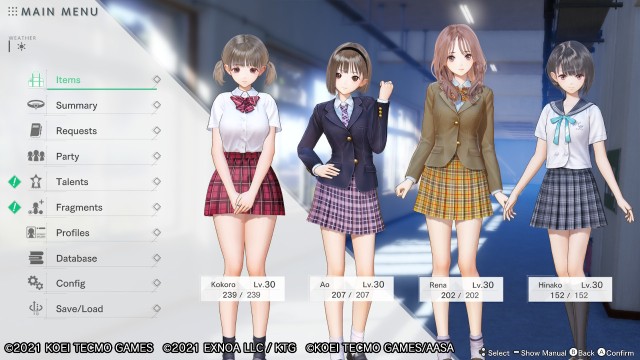 Leveling up works like the following way in BR2. Playable Reflectors level up normally with enough Experience Points but to acquire new Skills and additional stat boosts girls must level up their Talents. This is done by completing requests, going on dates and unlocking events where Ao must choose one of 3 or 4 girls to side with in friendly debates. Besides combat skills the girls can also learn traits to help increase the effectiveness of facilities and crafted items such as increase how much health is recovered and even add additional benefits to them. Besides crafting benefits non-playable girls have their own Talents that help increase Reflectors’ powers in battle.

After a successful date players acquire Fragments to equip on playable Reflectors that provide stat boosts provided the Reflector has enough available slots. Requests range from collecting items, head to a destination, crafting items with the character who requested it. 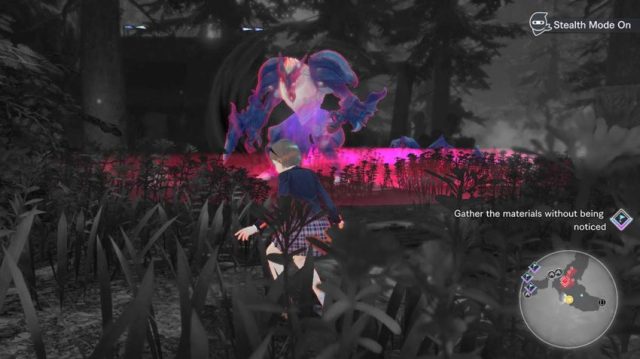 Back to Heartscape exploration let us briefly go over Stealth. When Ao crouches the screen turns gray and enemies’ field of vision becomes visible. The monsters/demons do not have eyes thus their sensory range is limited though naturally larger enemies have wider range. The stealth gameplay is not as deep as in games revolving around it but it is pretty wild to see a game like this feature stealth sections. Crawling while not in a stealth mission and attacking enemies from behind will increase the chances of Knocking Down the enemy during battle. There are three ways to trigger a battle. 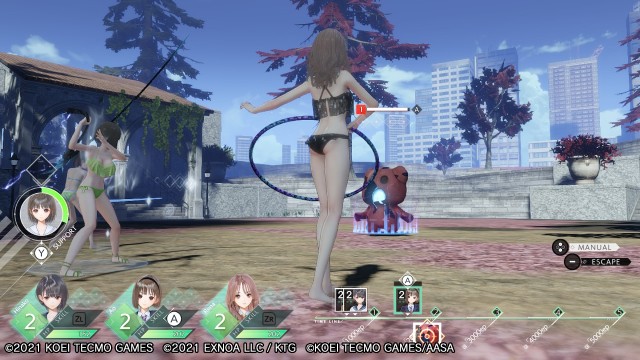 I bought the complete swimsuit pack (Beachside Puppies) DLC because of course I did.

On to battles. Like the prequel BR2 features a semi-active turn based combat similar to the Grandia series. Reflectors and enemies take turns based on speed, distance and number of Ether Points as seen on the lower right of the screen. Four Reflectors can enter battle with three on the field and the fourth on Support (Items, special abilities and more) and Standby in case one of the Reflectors gets KO’ed and/or there are not enough revival items. Reflectors start with 1 EP (More with the right Fragments equipped) and can attack or support. Attacking grants more EP. Depending how far in the action line the Reflector is players can choose to either wait for them to reach max points for the turn (For example 2000 points for 2 actions) or take action sooner and wait a little less for the next action. Basic Skills cost 1000 points but stronger ones can be 1500, 2000 or more. For example, Ao has 4 EP. She reaches the fourth diamond. Players can choose to either use four Skills that cost 1000 points or two that cost 1500 and one 1000. Less Skills but ones that cost 1500 are usually stronger. Hitting enemies with enough attacks, especially ones that they are weak to will eventually knock them down. Downed enemies are briefly immobile. Note that most of the things mentioned apply to enemies as well, including Knock Downs. If all Reflectors on the field are KO’ed players return to base rather than a Game Over.

After the first chapter during Boss battles they will create an extra shield to avoid getting knocked down. Hitting them with enough force will break the shield and potentially trigger a timed “One on One” battle. The Reflector who hit the shield breaking attack will face the boss directly. Here Reflectors have a limited time to potentially inflict a lot of damage on the boss. The turn meter acts similarly to regular battles. Reflectors can attack, defend, receive support and counter. Countering requires precise timing but can land even more damage. If enough damage is inflicted on the Boss the Reflector can pull off a powerful finishing move for even more damage or the decisive blow. However, note Reflectors can get KO’ed before the timer runs out if not careful.

By the way. Partner characters on the left and right start off Automatic. I personally recommend changing them to Manual for more control on what they do. 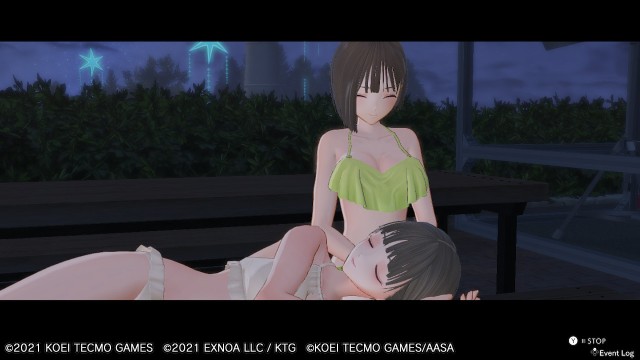 Time for the main event. Right off the bat BR2 is indeed gayer than BR1. Once dates become available Ao can go out with whichever girl she wishes anytime. There is no time limit. During dates Ao can either go to the destination right away or go around the school to watch extra events be it cute text exchanges (appear on the upper left) or extra events triggered by visiting areas with this a specific speech bubble. They are easy to notice as they only appear during dates compared to other ones. These bubbles appear depending on time, weather and story progress. Same goes for the text exchanges so even if Ao went on a date and checked out every corner of the school with the same girl after some there may be other text exchanges and speech bubbles. Once at the location Ao and players get to learn more about the girls beyond what is revealed in their Heartscape of the main story. They range from simple traits to deep character development. It depends on the girl and what they are going through. During the date Ao has three two choice dialogue options. Depending on the girl, for example Kokoro and Shiho, some options allow Ao to be extra bold with her advances. Usually the girls it is a direct hit but on rare occasion it does not get a sweet enough response. For example, Kokoro is not keen on Ao’s interest in skinny dipping but has no problem sitting close to her by the pool. Dates become available based on story progression, time and constructed facilities. Know that even though Ao will take girls on dates to repeat locations, the shooting gallery for example, every date is different. No “palette swaps”.

Note that if players do not wish to search/travel to where the girl they wish to talk to is located they can contact them via the FreeSpace app for requests and date invitations.

Once a girl has reached a certain Talent Level, 2 or 3 I think, a special event is unlocked. The one thing that is repeated. For some reason every girl approaches Ao at the school entrance to go somewhere for an important discussion. These discussions are about their character drama. All the girls are lovable and interesting so it is cool to see how Ao comforts/reassures them. After unlocking the second special event around Talent Level 6 dates get “lewder”, as in “fluffy lewd”. Longtime yuri fans know what I mean by fluffy lewd.

One more thing regarding Talent Levels. Ao’s is unique where she only earns Talent Points when the other girls level up theirs. This is done by doing everything mentioned above to get them TP. Basically Ao grows stronger by making her harem happy.

Besides all this glorious Ao harem gayness two of the girls have a VERY IMPORTANT arc. Oh yes indeed. One best experienced without looking it up.

Overall BLUE REFLECTION: Second Light is similar to Nights of Azure 2. Bigger, better and gayer. The main story is pretty cool, the girls are cute, sexy and interesting to learn about, interact and flirt with. Two of them have a very important arc. The presentation is similar to the prequel but shinier and brighter depending on the console and the combat is expanded from the original. The crafting and stealth are simple but nice additions and the package is very enjoyable for turn-based JRPG and yuri fans.