This episode focused on the team featuring two of my fav girls Ao and Nodoka so of course I was hyped. 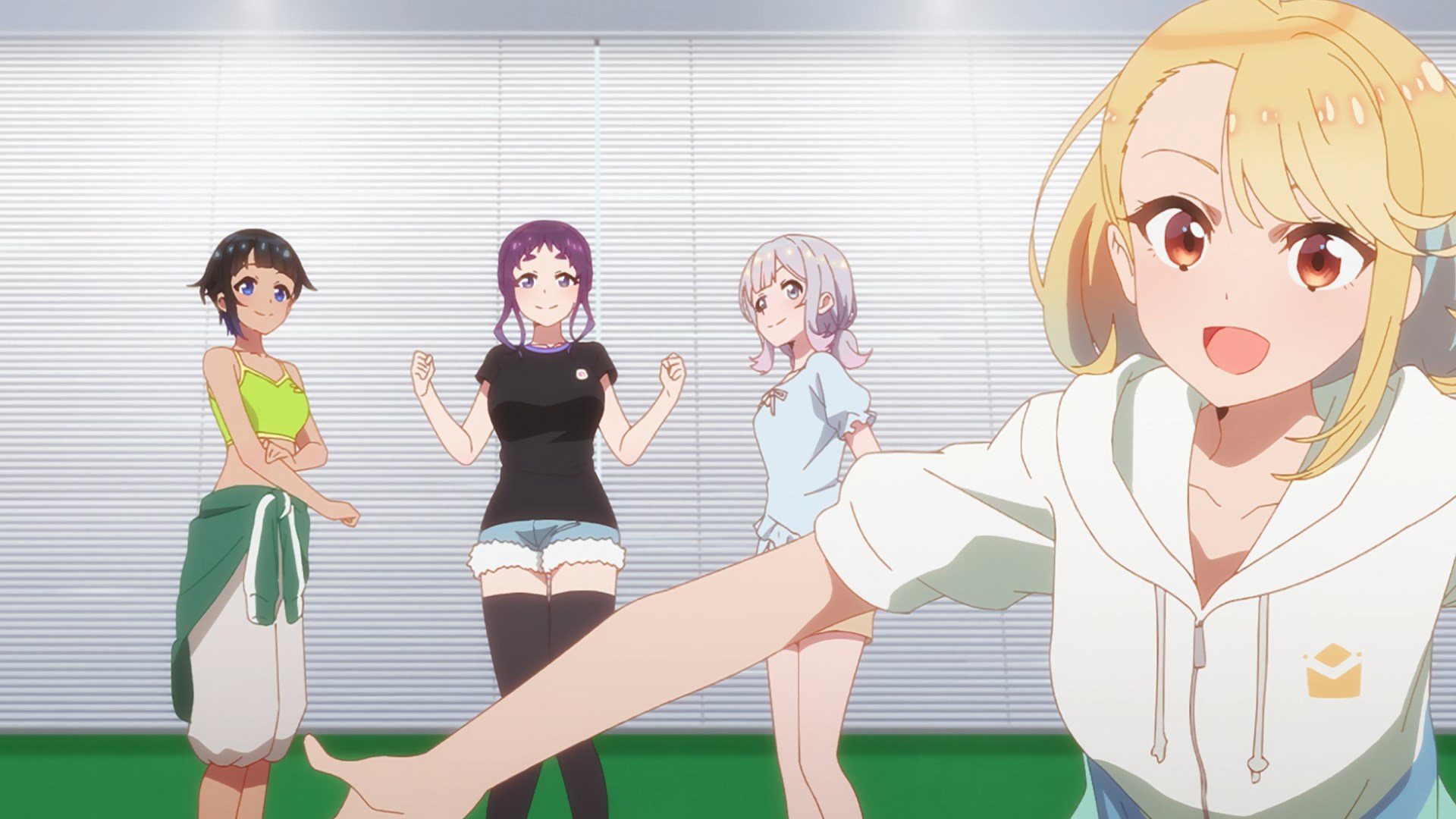 We began with Ao, Nodoka, Nagisa and team captain Hiromi filming a report to fans. They didn’t have a name yet but because they all loved soft drinks they would eventually agree on a name related to them. Until then they’d focus on their performance. 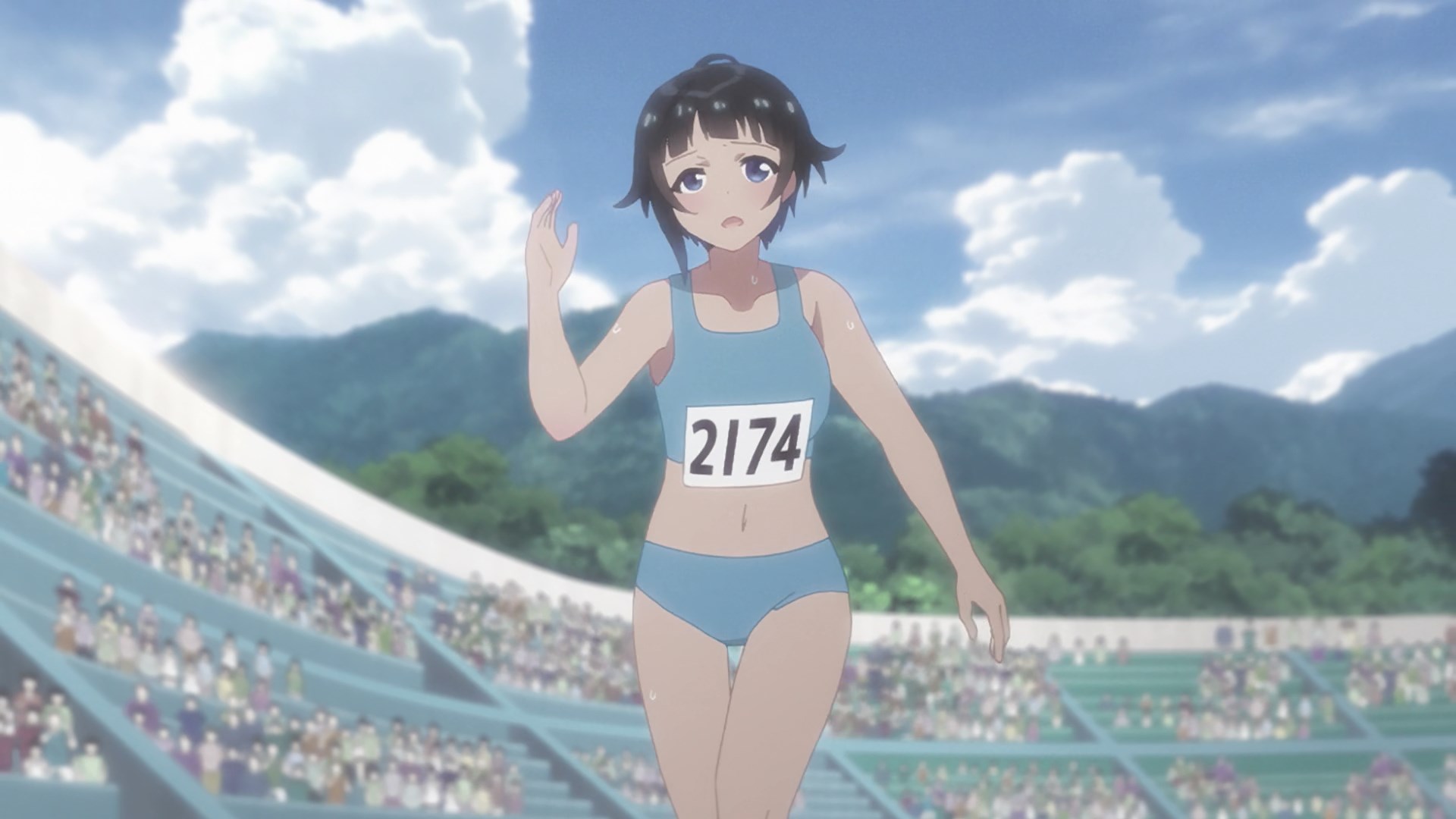 During practice the one who surprisingly had the hardest time keeping up was Ao. Nagisa noticed this and asked her about it along with why she became an idol despite being a professional runner. Ao said that at first she loved to run but over time it became less about the thrill of competition and more getting the best time, removing all the fun for her. One day her homie entered the Selection Project and she figured why not give it a go. To the surprise of many, including herself, she made it as far as she did.

The next day the team were training again but couldn’t quite get the steps right. Hiromi and Nagisa argued over it as Nodoka tried playing peacemaker and Ao was too nervous to say anything. Suzune watched and wanted to help out by talking to Hiromi. Hiromi felt bad over starting the argument. She revealed she’s the way she was because she was the only sister of several brothers, which of course meant lots of roughhousing. Because of that she became a competitive tomboy getting lots of girls at her school drooling. Deep down however she wanted to freely embrace her feminine side.

Nagisa was conveniently nearby and overheard Hiromi’s backstory. Feeling bad she revealed herself and apologized by sharing her own. Her mom owned a bar and often had to work while she helped at home. Nagisa felt lonely a lot of the time. She entered the competition in hopes that becoming an idol would mean standing on her own.

Meanwhile Nodoka and Ao had their own story time. Both had in common they weren’t very ambitious. Having made it as far as they did was enough. Nodoka revealed the only reason she’s there was because mom encouraged her. One thing that both worried and upset her was every time she’s on camera she promoted the glory of Hokkaido food. She thought people would get annoyed with the “Hokkaido Girl”.

After a brief scene of their opponents showing some concern about their performance but realizing they weren’t any closer to completing their own we joined Hiromi going back to her team only to find out Nagisa wasn’t there.

As they frantically searched for her Hiromi had an idea where she may be and found her practicing by herself on the rooftop. She wanted to get better at her own pace because it’s hard to keep up with Hiromi. Ao and especially Nodoka realized it wasn’t enough to come together but combine their ideas so the soda would fizz.

Thus SplaSoda were born, performing their debut song, Sparkrash. Though they only needed a few more votes to qualify their performance got them a lot. They still had two days to get some more.

Good stuff. Next time we’ll see if Team Ojou-Sama can get their act together in time. Hints of their issues were perfectionism and “My mom’s a pain in the ass”. 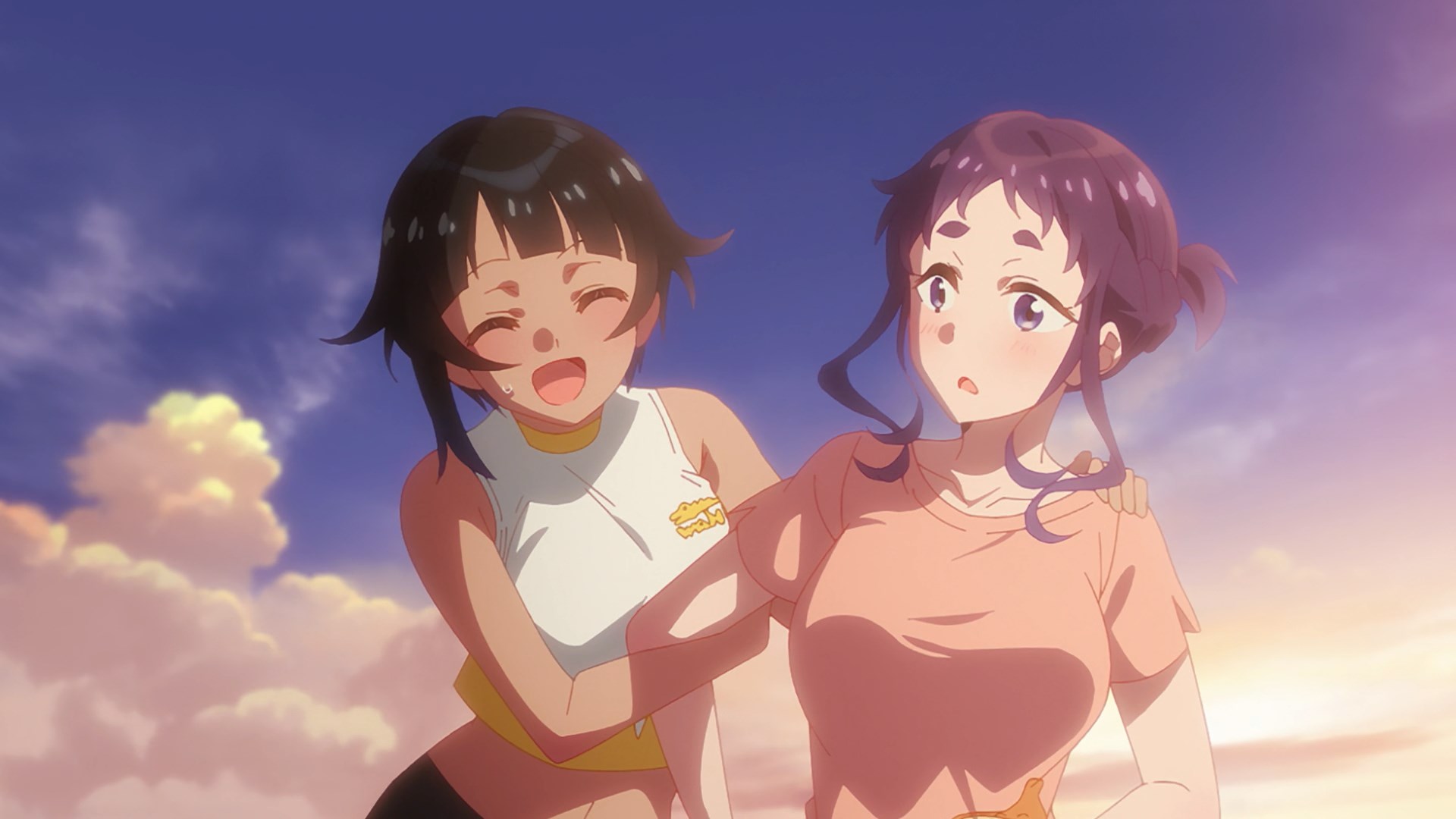 If I’m not getting SeiZu at least give me “Fit and Thicc”. PLEASE!

Yuri and Slice of Life are my anime passion.
View all posts by OG-Man →
This entry was posted in Episodic Anime posts and tagged Episode 4, SELECTION PROJECT. Bookmark the permalink.