Think of this as a July and early August update. Not many new announcements this time. More so reminders of previously announced games.

First up we have titles previously announced in the last yuri game updates post that are available now or later today for purchase. OshiRabu: Waifus Over Husbandos -Love or Die-, aka OshiRabu 2, by SukeraSparo/Somero.

Akuru and Ren are dating but Akuru has yet to take their relationship to the next level. An old friend of Ren’s steps up and, this being a rom-com, Ren goes with it. How will Akuru respond to this sudden turn of events? What about her gacha life?

Like the prequel there is an 18+ patch sold separately for the Steam version on Denpasoft and Mangagamer.

Also I only noticed recently there’s an OshiRabu Drama CD –Akuru and Ren’s Exchange Diary– set before the sequel. Check it out on Steam for even more OshiRabu goodness.

Distant Memorajo, aka The Expression Amrilato 2, by SukeraSparo/Somero is now available on Steam and Mangagamer.

After the events of the first game Rin and Ruka must face personal obstacles from the past and present that could have a strong effect on their relationship going forward.

SL tells the story about the relationship between two ladies brought up at certain parts of the ML. I won’t mention their names to avoid spoilers for readers who did not pick up ML yet.

Lewd Idol Project Volume 1, by Toffer Team. This is an 18+ game with H scenes. It’s available on Steam, JAST USA, itch.io and Denpasoft.

Volume 1 stars Kairi, an aspiring idol who is lured into LIP by the manager/producer Ranko. Volume 1 will focus on her relationship with Ranko while future Volumes introduce the other future LIP members.

Due to the unfortunate Paypal lockout fiasco Toffer Team‘s production on LIP has slowed down. Hopefully they can find another way to continue to series. Buying Volume 1 is one way to help of course.

Letters from a Rainy Day -Oceans and Lace-, by Lily Spinel, is now available on Steam.

One girl forced to date another girl via blackmail letter threatening her but of course there is more to it than that. 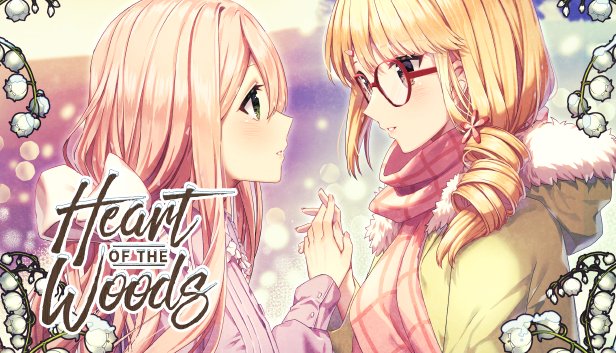 Heart of the Woods, by Studio elan is now available on Nintendo Switch. By now most readers should know what to expect from this highly acclaimed yuri title. 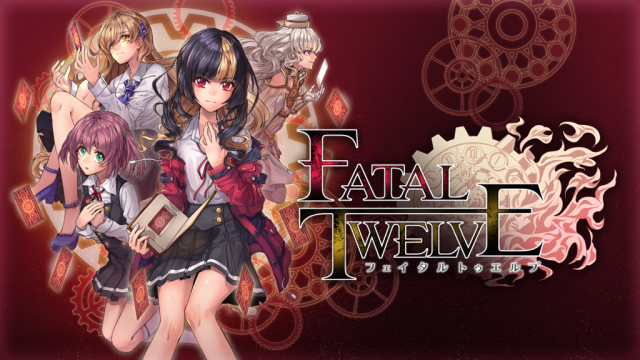 Fatal Twelve is now available on Nintendo Switch. Like the PS4 version it includes some additional scenes.

I am not 100% sure but yuri content either involves having the idols get into relationships with each other or with the female manager. The game is now available on Steam and itch.io 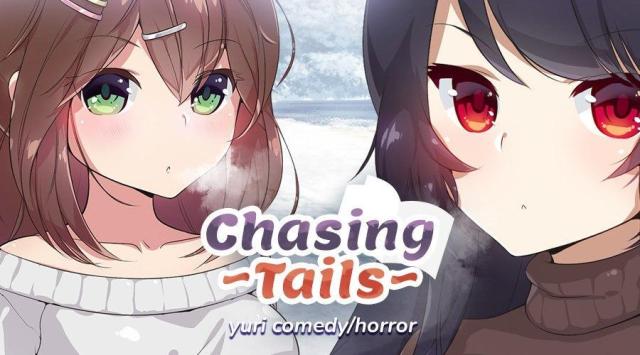 The release date of Chasing Tails -A Promise in the Snow-, by Flat Chest Dev, is set for August 13th.

The game is touted as one of those ecchi stories with a deeper story. The ecchi looks pretty good so the story should be an intriguing one too.

Add the game to your Steam Wishlist HERE.

Eve and Yosemite go off to find answers to many questions both have while Yellowstone and Xion play a certain card game which is technically best enjoyed in video game form because playing it live is just plain confusing no matter how many times you play it.

One more episode to go after this. Will the lilies bloom before then, afterward or not at all? Fans will find out soon enough. 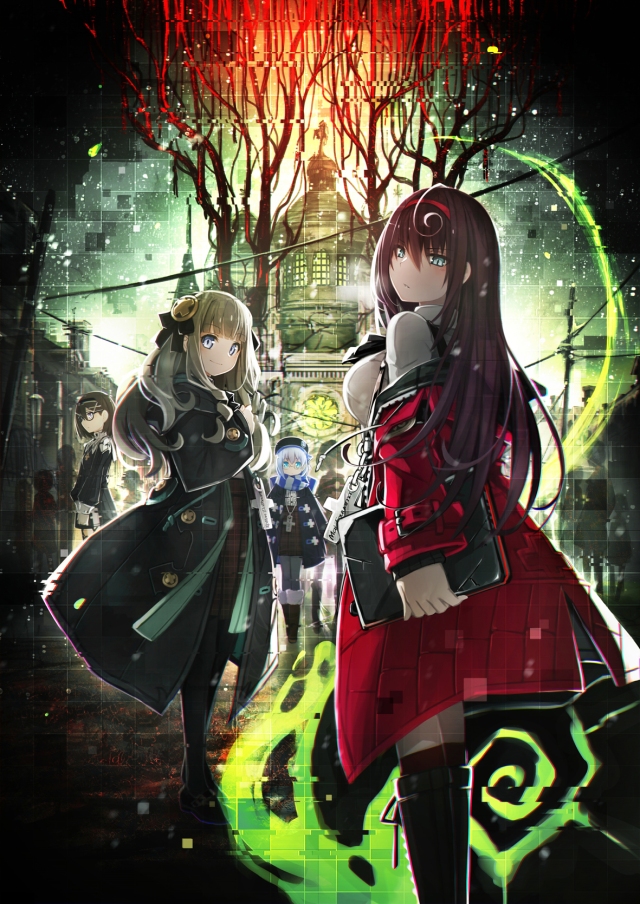 Unlike last time where our heroines were trapped in a cursed MMORPG this time our new group of ladies are in an all-girl orphanage/school at a mostly backwater village. This being Death End re;Quest expect lots of creepy, violent, disturbing and of course scary stuff. Also as it’s an all-girls school expect it to be gayer than the prequel. The OG ladies return too.

Mary Skelter Finale, aka Mary Skelter 3, got a release date on September 30th (October 1st in Europe), 2021 on the PS4 and Nintendo Switch.

Otsuu and Little Mermaid will return along with their exclusive teammates from MS2. PS4 owners who didn’t get to play MS2 will get to catch up with the story as all the cutscenes and events from the first two games are included in MS3.

I mentioned Studio elan and console ports. Highway Blossoms and its DLC –Next Exit– will be ported to all current gen consoles (even XBOX) by Ratalaika Games and Sekai Project in a bundle titled Highway Blossoms: Gold Rush Edition.

No confirmed release date yet. Most likely later this year or early 2022.

Blue Reflection: Second Light, by Gust, as the name implies, is the sequel to Blue Reflection. Like its predecessor there will be opportunities for the girls trapped in this strange new world to grow closer as more than chums such as go on special dates and several other bonding moments. The protagonist of the first game, Hinako, will return. What connection will she have with the new girls?

This time several girls are mysteriously transported to a strange world and had their memories erased. They must work together to make sense of their situation while learning more about each other, forming bonds and face potential danger in hopes of eventually finding a way back to their homes.

Also some girls from the Blue Reflection Ray anime will appear tying them with the first game and Second Light. Expect potential references with other characters from the anime.

The game is scheduled for a November 9th, 2021 Western release on PS4, Nintendo Switch and Steam. 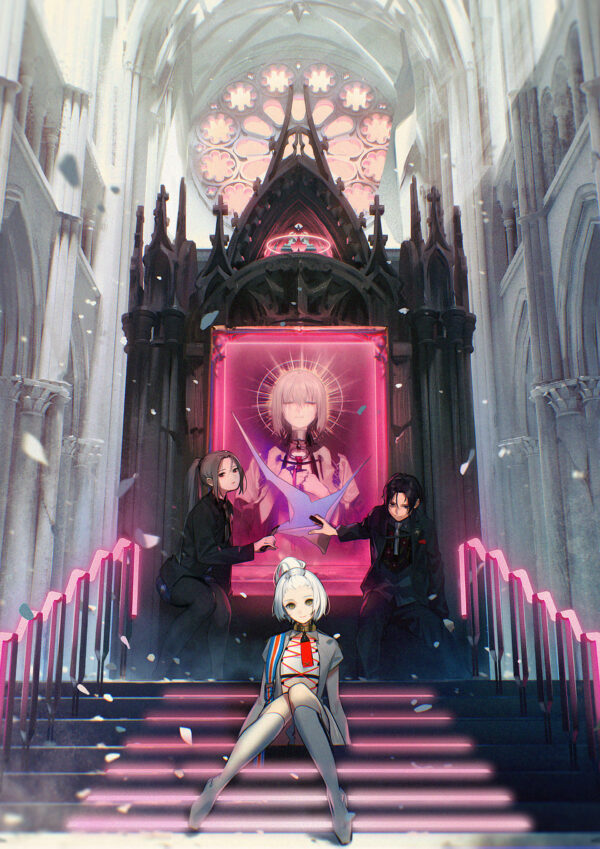 The Caligula Effect 2 is scheduled for an October 19th (22nd in Europe), 2021 release on PS4 and Nintendo Switch.

Like the first game the protagonist (male or female avatar) is dragged into an alternate world where a two faction war is waged with some musical fairy (2 this time) at the center. The kiddos also have their memories erased and engage in a struggle to either escape this world or preserve it because maybe the truth isn’t worth remembering.

It plays like a Persona game but do not go into thinking it is a ripoff. While not 100% sure there may be some yuri here too like in the prequel.

This crossover was bound to happen sooner or later. Neptunia X Senran Kagura Ninja Wars brings together two beloved series starring sexy combat beasts with a hankering for “salad” on the side by several.

As far as I know the playable characters are the four CPUs (maybe IF and Compa too), the four Shinobi team leaders (Asuka, Homura, Yumi and Miyabi) and a third faction composed of original characters and one guest character.

No release date confirmed but it is scheduled for a late 2021 release on PS4.