More fun with our favorite dragons and their desired human interests.

Part 1 began at the office where Miss Kobayashi spotted some very impressive coding. What surprised her more was it being done by Elma. She studied the office textbooks well. So impressed was she she handed the office dragon a pile of coding work. Elma thought it was going overboard but Bobby explained that much work was Miss Kobayashi’s daily routine. She’s so good at her job she became the pillar of the company. This for some reason made Elma challenge her to a duel. Tohru recalled their past duels, most of them being silly competitions.

The next day Elma was ready to go. Miss Kobayashi tried bribing her into forgetting it but her willpower was surprisingly strong this time. Bobby stepped in with his own workload and piled it on them while he went on a date with Fafnir. Miss Kobayashi was like “You bastard. Thank you very much”, as it was a doable challenge for her.

Once finished Miss Kobayashi invited Elma to lunch but she wanted to finish the job. She explained the reason she challenged her was her concern over Miss Kobayashi being the pillar of the company because back in her world that meant pillars sacrificing themselves to her fellow harmony dragons. Basically a metaphor for people becoming too reliable and others depending too much on them, or something like that. Miss Kobayashi invited her closer. Elma was like “You already have Tohru but I don’t mind…”, only to get poked. Miss Kobayashi was like “We don’t do human sacrifices in this world anymore (Debatable) and I like my job so don’t steal my thunder.”

Part 1 ended with Miss Kobayashi inviting her to drink along with Bobby. Something she was excited for but quickly came to regret.

Part 2 had Tohru asked by the townsfolk to go on patrol after seeing her awesomeness in S1. Soon Elma would join thinking her chaos dragon raivaru finally saw the light. The wanted perpetrator Tohru was asked to keep an eye out for turned out to be Fafnir practicing a dance routine. The three dragons had an in depth discussion about an existential crisis with Fafnir a bit concerned living in this world slowly washed away their personal norms and values. 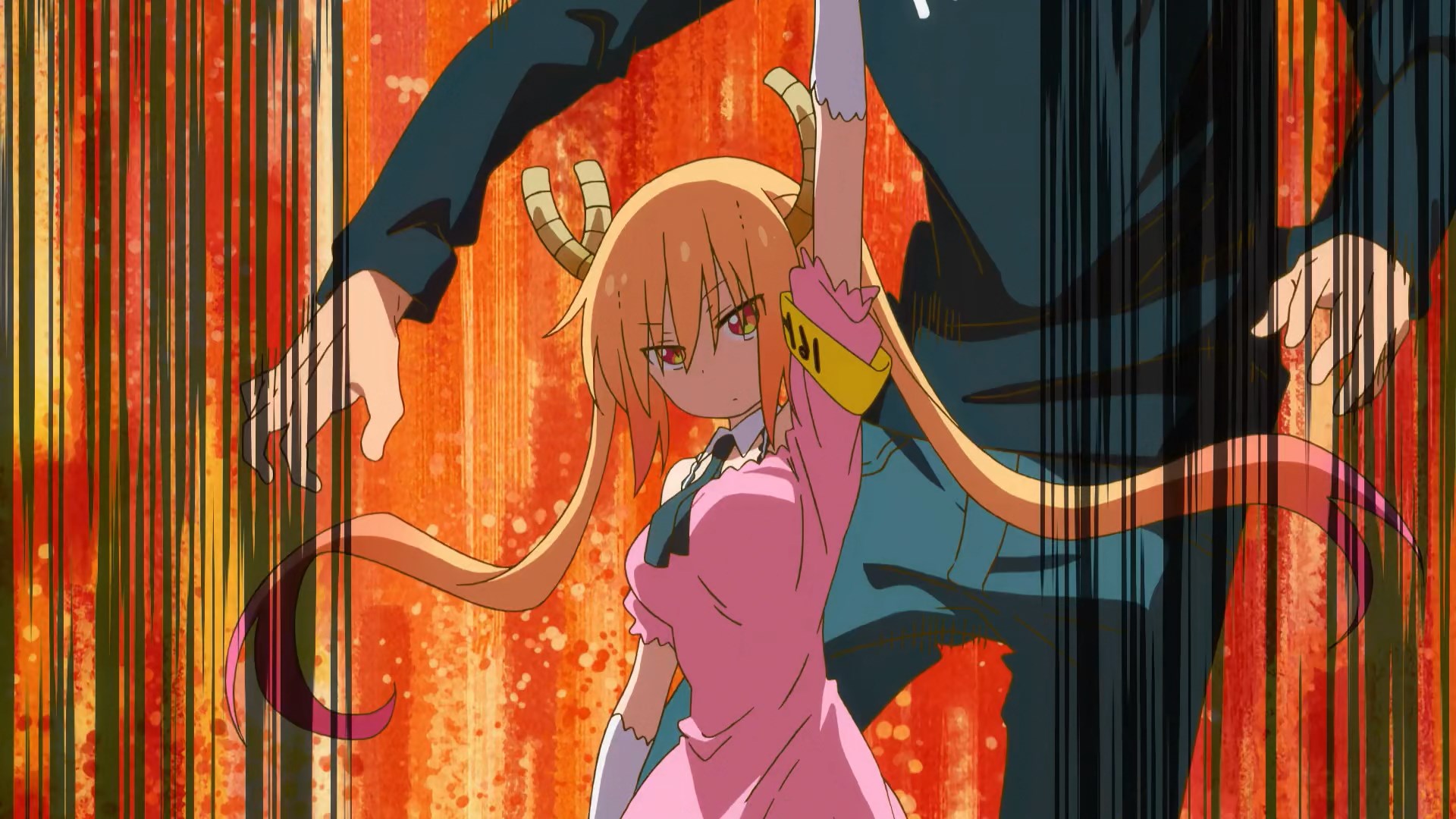 Oh, and Tohru taught some local bullies a lesson in manners. Not much to say other than Tohru looked wonderful in her specially gifted casual clothes from Miss Kobayashi and she paid homage to fighting games with a wombo combo.

Part 3 was about the dragons convincing Miss Kobayashi to take them to an amusement park. How they did it was amusing. 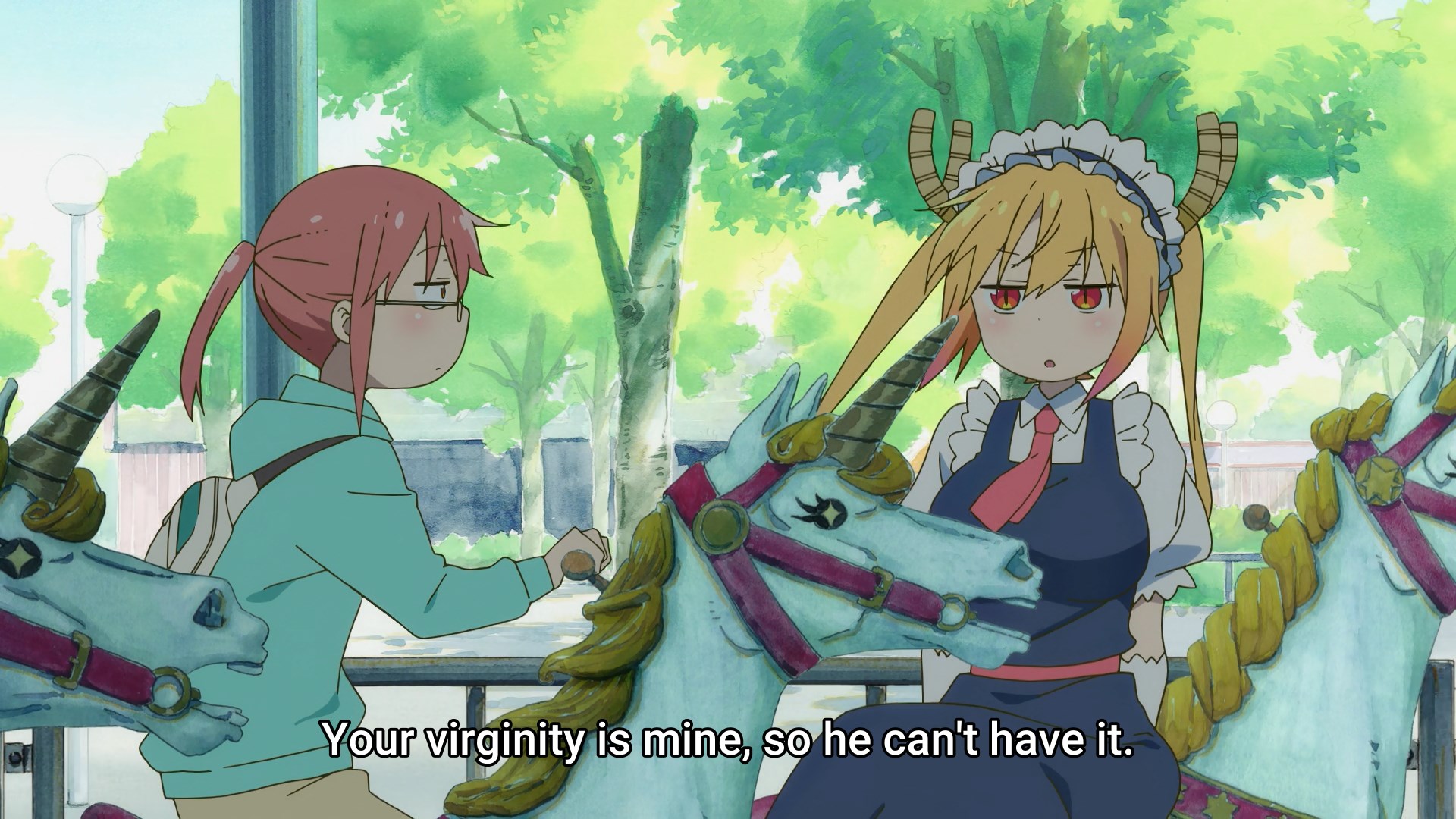 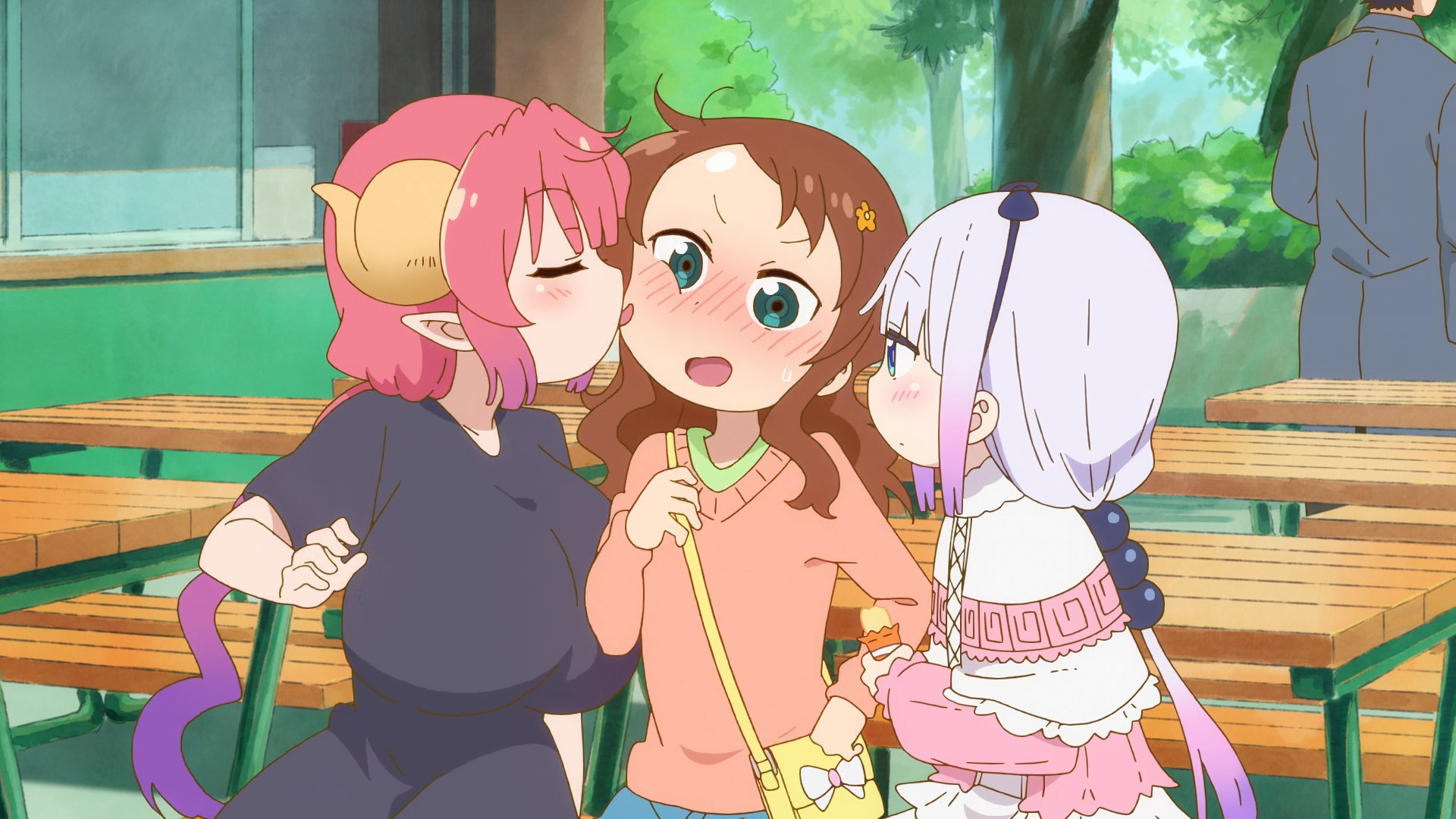 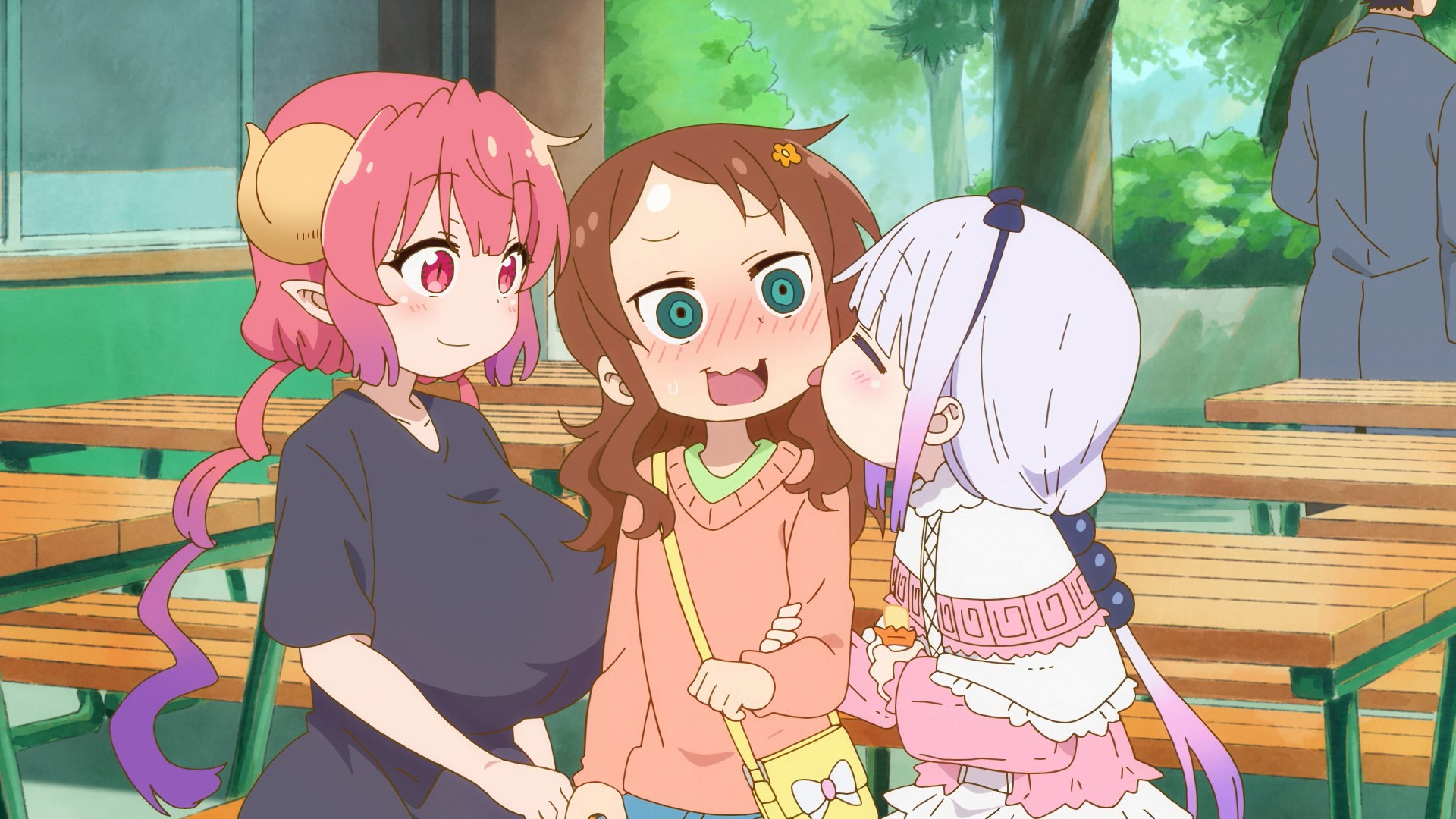 I too would welcome an OT3 but for the sake of the plot I think Ilulu’s main interest will remain Tohru. Remember, comments with manga spoilers will be deleted.

All you need to know was our little heroine Riko was in heaven all day while Tohru and Miss Kobayashi had a philosophical discussion on the true purpose of amusement park rides and sexuality. It’s all fantastic.

Lastly we were treated with the sight of Nae with her hair down. Very nice.

Great stuff as usual. Next time looks to be an action packed episode in more ways than one.