Winter was almost here. What final preparations did our heroines make before it came? 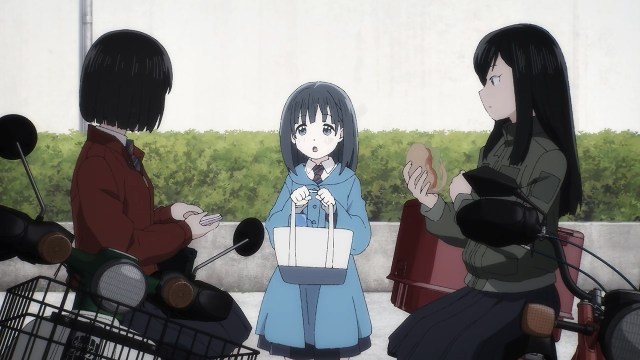 Our heroines still felt chilly and there was only one option left but Reiko refused. Suddenly Shii dropped by to have lunch with the Cub Buddies. She shared some more delicious coffee. 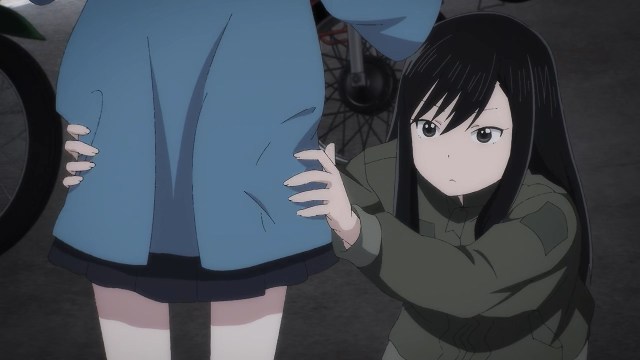 Reiko jokingly checked if Shii could fit in her rear box, or maybe she was serious.

Shii heard them talk about preparing for the cold weather and invited them to her place to show an abrasive wool coat. Koguma thought it smelled but Reiko and others recognized the wool’s excellent quality. Now the question was who could help sew accessories for our heroines. Shii thought Koguma could do it but no. There was a funny moment everyone looked at Reiko…and silently agreed she wasn’t up to the task. 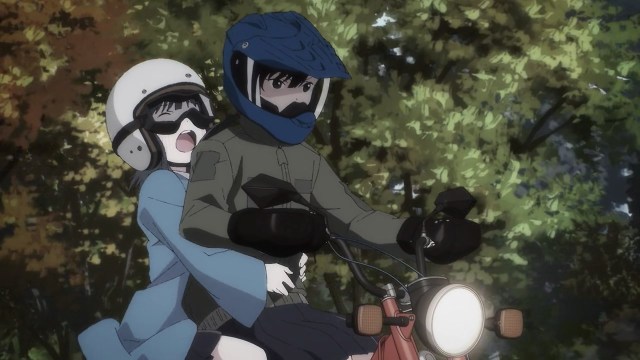 They knew someone who could help. Reiko invited Shii to ride with her. As we can see the poor little cutie felt her life flash before her eyes during and after the trip. 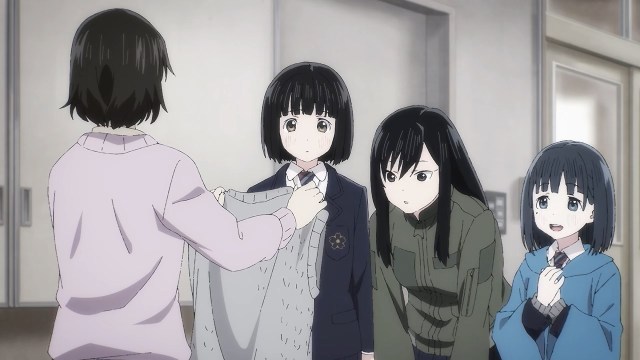 Koguma got a sleeveless coat to wear under her jacket, Reiko got stockings and Shii a thermos cozy. However, these snuggly new accessories could only do so much. If the two were serious about riding during Winter time there was no other option. 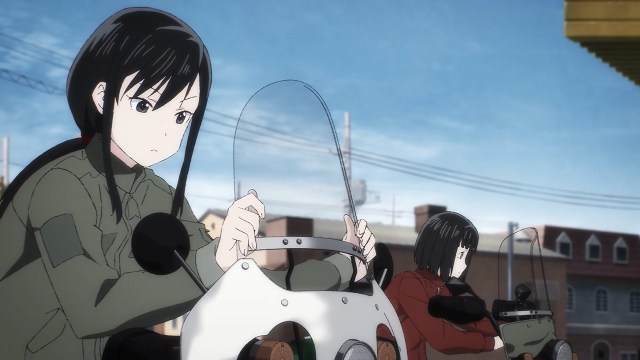 After much deliberation and a test drive our heroines caved in and bought windshields for their Cubs. Despite the big blow to their wallets it was the right call. Our heroines were at last prepared to ride during Winter. 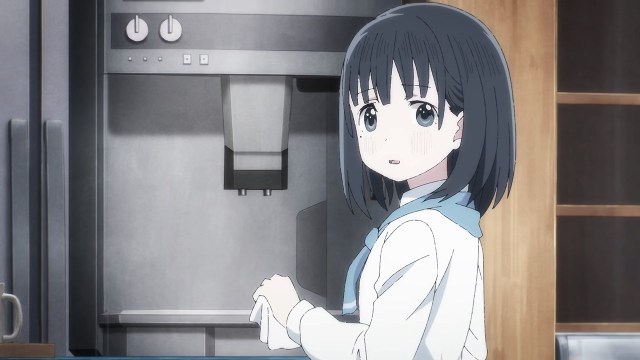 Meanwhile Shii kept inviting the Cub Buddies to her place for hot drinks and hoped Winter would come soon as an excuse for them to frequent her establishment. Someone’s lonely. One time she heard them discuss their Cubs as usual and considered getting one of her own. Will Shii officially join the Cub Buddies soon?

Yuri and Slice of Life are my anime passion.
View all posts by OG-Man →
This entry was posted in Episodic Anime posts and tagged Episode 9, Super Cub. Bookmark the permalink.