As the big Fall contest approached Himeno still had no idea where to start but perhaps another unexpected trip could help enlighten her. 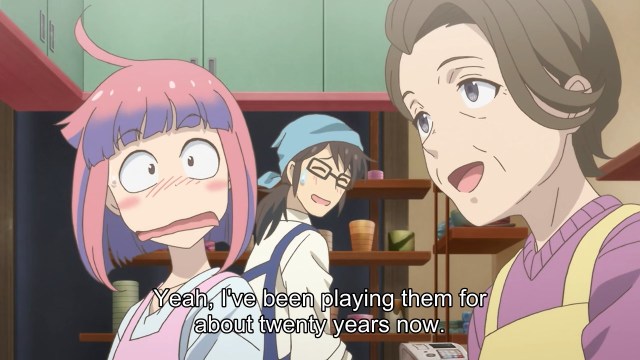 Don’t think there’s much to add about the pottery club scene apart from what I mentioned in the intro. A cute little bonus was the reveal of Himeno’s grandma getting her idea for a meal from her online gaming buddies. Betcha she’s playing Apex Legends. 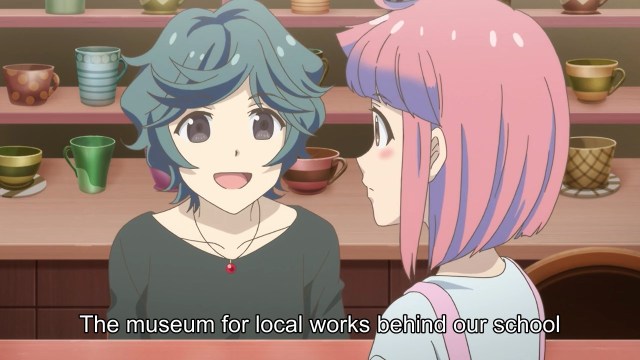 The main point of the episode kicked in when Miss Koizumi, who visited the shop in the evening, invited Himeno to check out the local works museum to give her input on the soon to be introduced youth pottery section. Dad looking glum foreshadowed something.

The road to the museum was technically hidden in plain sight behind the pottery club. Because of a connection with the museum road the pottery club too was kind of a local treasure. That and the town of Tajimi is famous for pottery and other local works as we saw throughout the show so far. 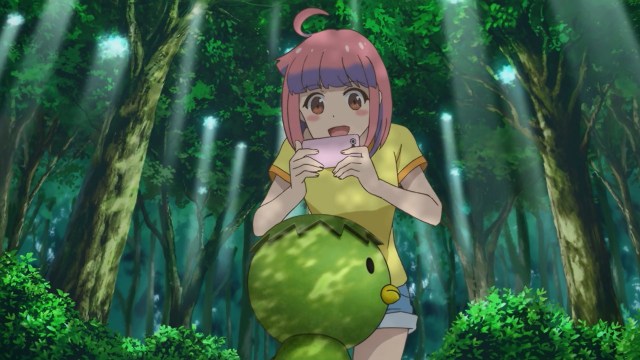 On their way to the museum Miss Koizumi had some people to meet up with first and had Himeno go the other direction. During her trek she took pictures of cute kappa statues and got a great view of Tajimi. What really caught her attention though was a mesmerizing sound. It’s as if the wind guided her somewhere. Soon she’d discover where the sound came from and witness something incredible. 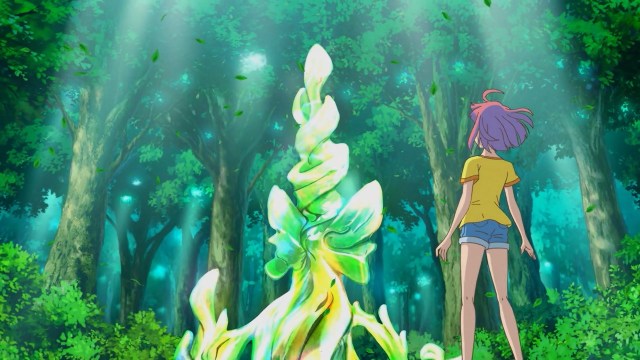 There’s something I’d love to see in person were it real.

The craftsmanship in this creation was so extraordinary it left Himeno awestruck. 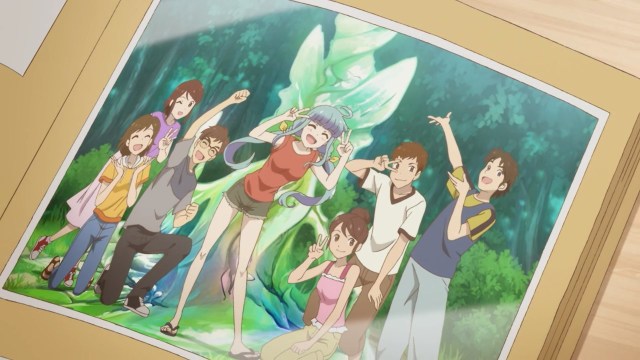 Back at the museum we got a preview of what to expect along with an introduction to the one who came up with the master work earlier. It was none other than Himena. She wrote an amusing inspiration in her diary but during an interview gave a more serious reason, “To show everyone the color and the voice of the wind”. Himeno personally got a taste of both. She was again overwhelmed by her mom’s talent but at the same time felt refreshed thanks to the sculpture. Hopefully it will help her come closer to finding her way.

Yuri and Slice of Life are my anime passion.
View all posts by OG-Man →
This entry was posted in Episodic Anime posts and tagged Episode 6, Let's Make a Mug Too, Yakunare Mug Cup Mo. Bookmark the permalink.