300 Years Killing Slimes Episode 1: The Witch and The Dragon

At long last we are here. The premiere of the last of the hype Light Novel anime adaptations. Let’s see what we’re in store for.

Note: I have not read the source and, as always, request people who have refrain from spoiling anything throughout my coverage. For an “Anime vs Source” weekly coverage check out Rory‘s. 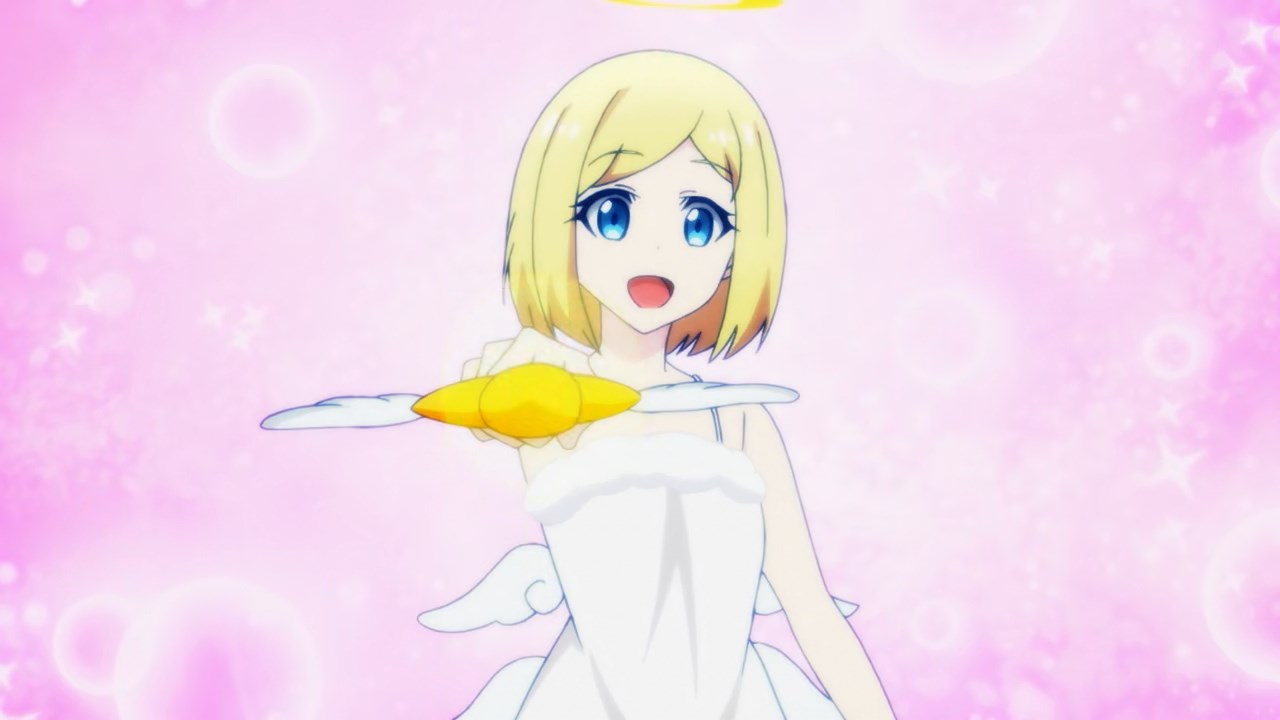 We began with an introduction to how our heroine, Azusa, got “isekai’d”. She’s a workaholic in her past life, spending most of her adult life in an office. One day, she collapsed and died. I’ll give the show credit, no “Truck of Doom” this time. In purgatory or wherever isekai leads meet the god/goddess of the world, she granted Azusa whatever life she chose because the goddess was pretty much gay. Azusa wanted a chill life as an immortal. The goddess granted her an immortal “forever 17” body in the image of “her type”. 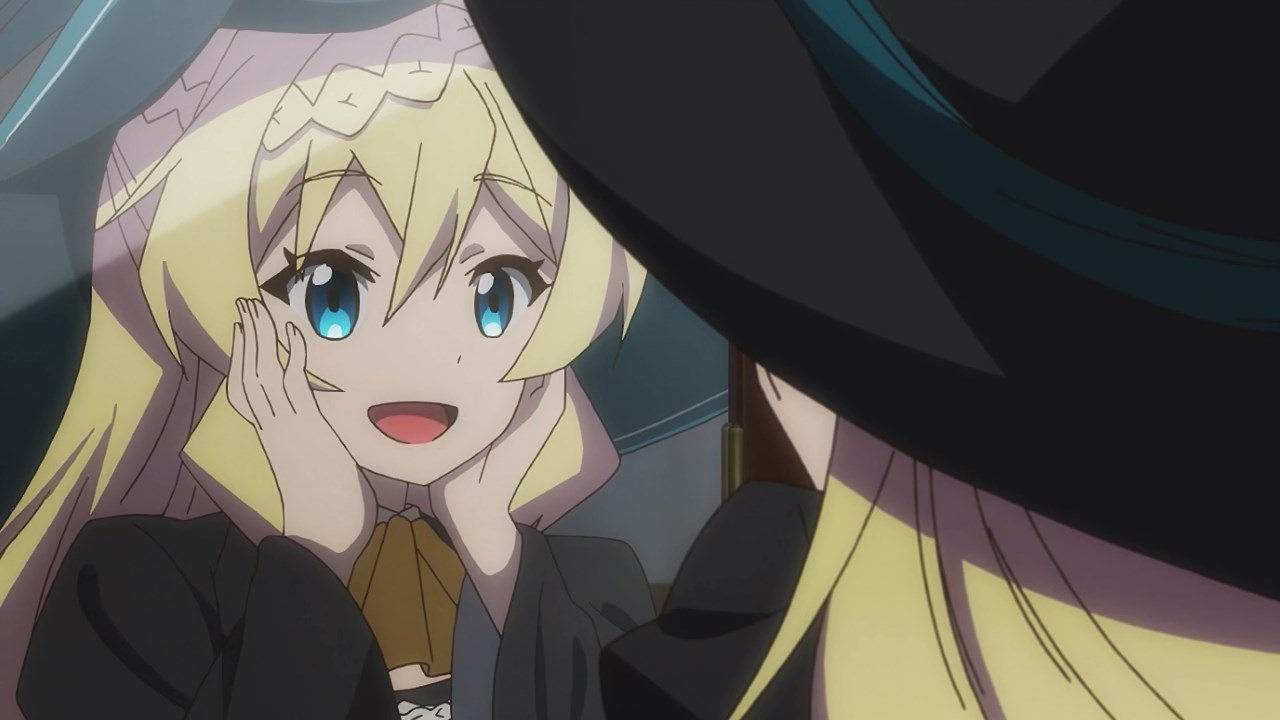 The goddess was into long haired blondes with blue eyes and a “standard” chest size. 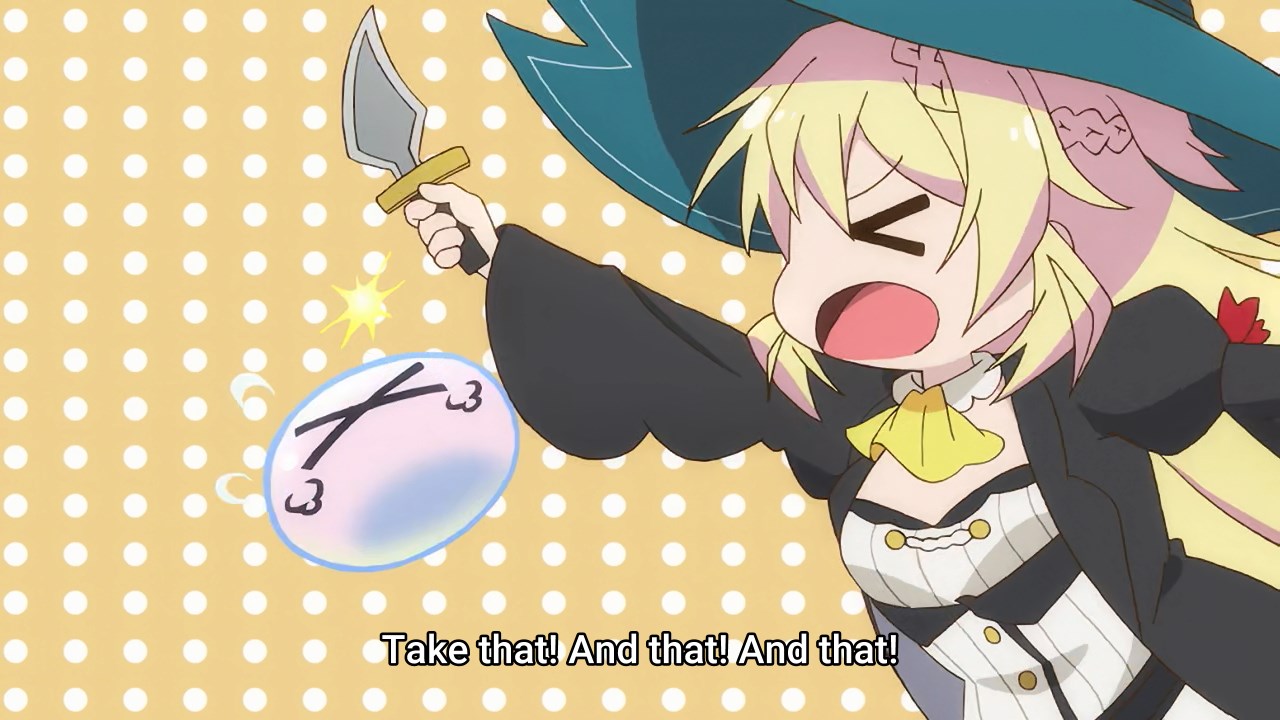 Azusa was reincarnated in a chill countryside village. She got acquainted with her new body, clothes and home. On her way to the village she faced her first slime. After beating it she took the gems to the guild, village and more. Thus began her chill life enjoying the calmness while also taking out slimes for cash as there were no other enemies around. This went on for 300 years.

Azusa, not interested in becoming an Adventurer, only joined 300 years ago to gain money from gems Slimes dropped. 300 years later when she’s asked to check her stats after all that time here’s what they saw. Azusa requested the receptionist not tell anyone about her great power. Obviously her secret would get leaked one way or another, though it wasn’t the receptionist’s fault. By the way, she became the village doctor thanks to her high intelligence and knowledge of medicinal herbs.

Similar to other isekai I covered I won’t go into great detail discussing battles and the like because “If you’ve seen one OP protagonist isekai fight scene, you’ve seen them all”. I’m not here for the action is what I’m saying.

All readers need to know is the word of Azusa’s power reached a red dragon named Laika. She boasted being the strongest in the region and challenged Azusa. She refused but when Laika threatened to rampage she was like “Let’s get this over with”. Azusa’s Ice Beam was stronger than Laika’s Fire Blast.

Azusa’s attack froze Laika’s mouth. As she struggled to free her mouth she accidentally destroyed Azusa’s house. Our heroine didn’t like that, demanding Laika repair it. The villagers were grateful to Azusa for beating the terror and she took advantage of their kindness, in an appreciative way of course. The next day she received a surprise visit.

Laika had returned, only this time as a beautiful young lady. She promised to return with her treasures and repair Azusa’s house. Her main reason for returning though was to become Azusa’s pupil. She tried to tell her her training was nothing special but Laika insisted. When she offered to cook and clean for her Azusa couldn’t resist.

Laika showed off her impressive carpenter skills and was prepared to pull an all-nighter as the sun set. In a nice moment with an equally nice touch Azusa just looked at Laika and stopped her. We didn’t get a brief flashback of Azusa’s past life, she just saw Laika ready to work longer and said “The sun set. That means time to rest. No need to overdo it, Gotta take good care of yourself, hear?”. Laika was smitten. Once the house was finished Azusa’s praise further touched Laika.

I likey what I see and am eager for more, of the chill stuff of course.

Azusa charmed a goddess, village mayor (I think)’s daughter and a dragon. Noice.

30 Responses to 300 Years Killing Slimes Episode 1: The Witch and The Dragon