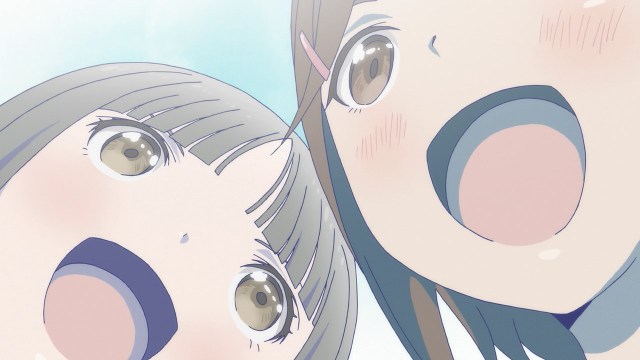 Alice in Deadly School is a 41 minute OVA that includes the first 20+ minutes featured in Episode 0 along with what happened next and the conclusion. Put simply it is like an abridged version of Gakkou Gurashi. It is obviously not the exact same story and does not cover the same themes but it is a story of a group of girls with their own hopes, dreams and (close enough) yuri bonds trying to survive a (what can be best described as) zombie vampire apocalypse. It is a “play” with action, suspense, scares, cute, lovely and tragic moments.

The curious who wanted to see the rest of Alice in Deadly School can now do so one way or another. I can see why it was considered one of Alice In’s best received plays.

Yuri and Slice of Life are my anime passion.
View all posts by OG-Man →
This entry was posted in Yuri Quickie and tagged Alice in Deadly School, Gekidol, OVA, Yuri Quickie. Bookmark the permalink.