Show By Rock!! Stars!! Episode 11: Looking Back to Find Your Way Forward

Episode 10 was the last boy band one of the season. Let’s take a look at what the penultimate episode had for us. 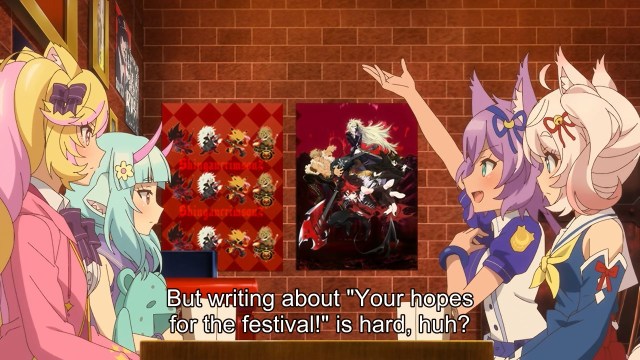 We joined our heroines playing their latest song. While it had a great beat Himeko had trouble thinking up lyrics. She had everyone think about it and report back the next day. Ruhuyu looked at the Operation Moonlight diary. However, she noticed something that troubled her. Howan and especially Delmin noticed something was off about her during the lyrics discussion. 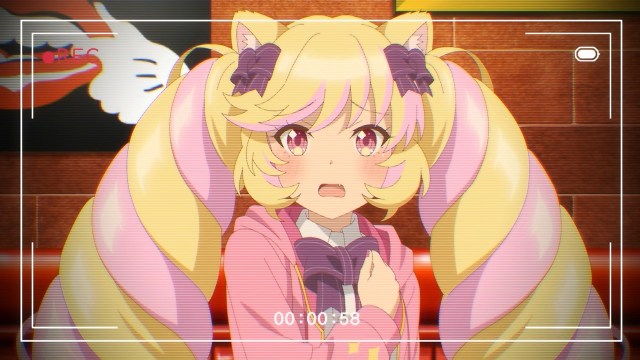 As they rattled their brains for ideas Doctor Chuchu reminded them they had to record comments for the big concert. Manager Egghead offered to help interview them but Egghead being who he was got carried away as always. Fortunately his right hand took care of it, as always. The girls wanted to focus on writing the lyrics first. 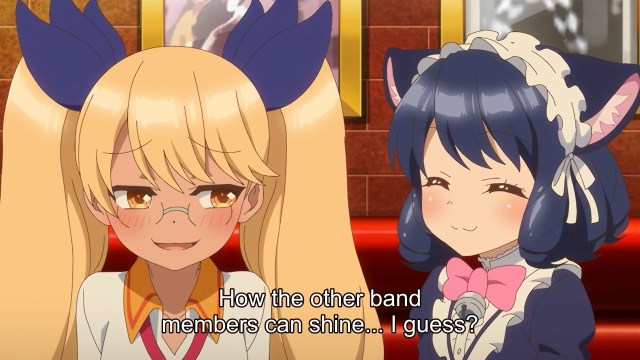 What Retoree thinks about when working on writing songs with Plasmagica.

While Retoree hadn’t made any real progress with Cyan this season it’s nice seeing her still fawning over her throughout the show..

Plasmagica gave our heroines a clue on what kind of song to write. They weren’t getting anywhere so Howan suggested they go out to cool their heads. Himeko knew the right place. 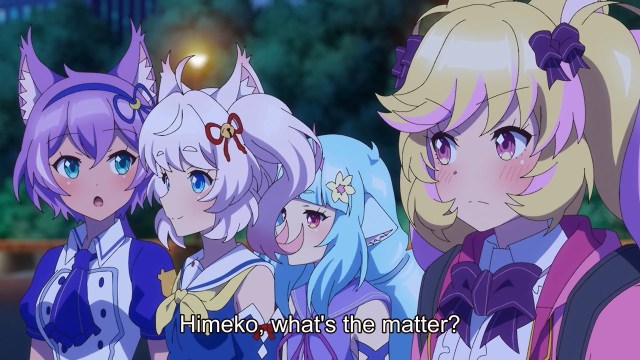 It was a beach in Midi City. As we recall the two step process to achieving “Himeko’s Zen” were:

1: Gazing at the serene ocean at night and,

Both things Ruhuyu and Delmin were introduced to that night. More importantly Himeko recalled one of the most important moments of her young life thus far while there. 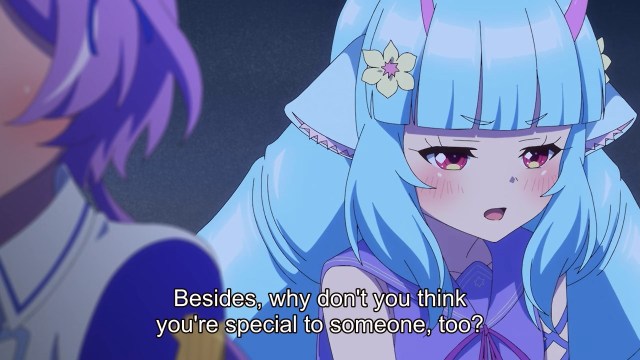 Delmin again noticed something off with Ruhuyu. She confronted her and Ruhuyu finally admitted what bugged her was a feeling of inferiority compared to her incredibly talented band mates. Delmin literally poked her ass and reminded her how cool she was. More importantly we discovered that after the events of Devil Mint Island Delmin’s true feelings for Ruhuyu grew beyond “super besties”. Season 4 has given us more RuhuDel development and it’s glorious.

We then got something awesome. Episode 11 was an abridged recap disguised as a Mashumairesh!! montage reflecting on all their experiences thus far in Season 4. It was less than 4 minutes. Fantastic. After the reflection they got to work on the lyrics and finished recording their interview. 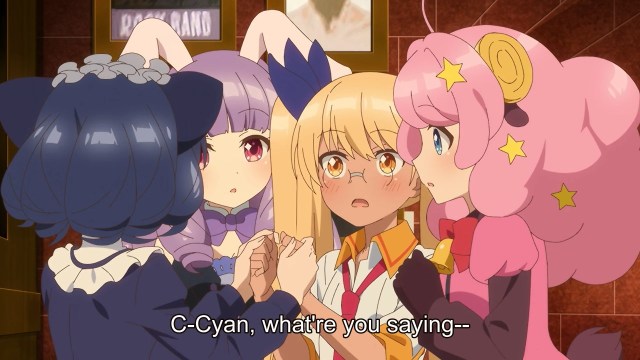 As Plasmagica watched their friends grow stronger Cyan saw the similarities in the two bands’ growth , while holding her special one’s hands of course, as she rallied the band to remind Midi City of their awesomeness at the big show. We end the episode with Mashumairesh!! late, like usual, as the big show was about to start. Oh, and the Dark Monster was nearby too.

Good stuff as usual. I think the next episode will be the last, unless we’re getting 13.

Yuri and Slice of Life are my anime passion.
View all posts by OG-Man →
This entry was posted in Episodic Anime posts and tagged 4th Season, Episode 11, Season 4, Show By Rock, Show By Rock!! Stars!!. Bookmark the permalink.

4 Responses to Show By Rock!! Stars!! Episode 11: Looking Back to Find Your Way Forward