Time to see what the 2nd Tropical Ranger will bring to the table. 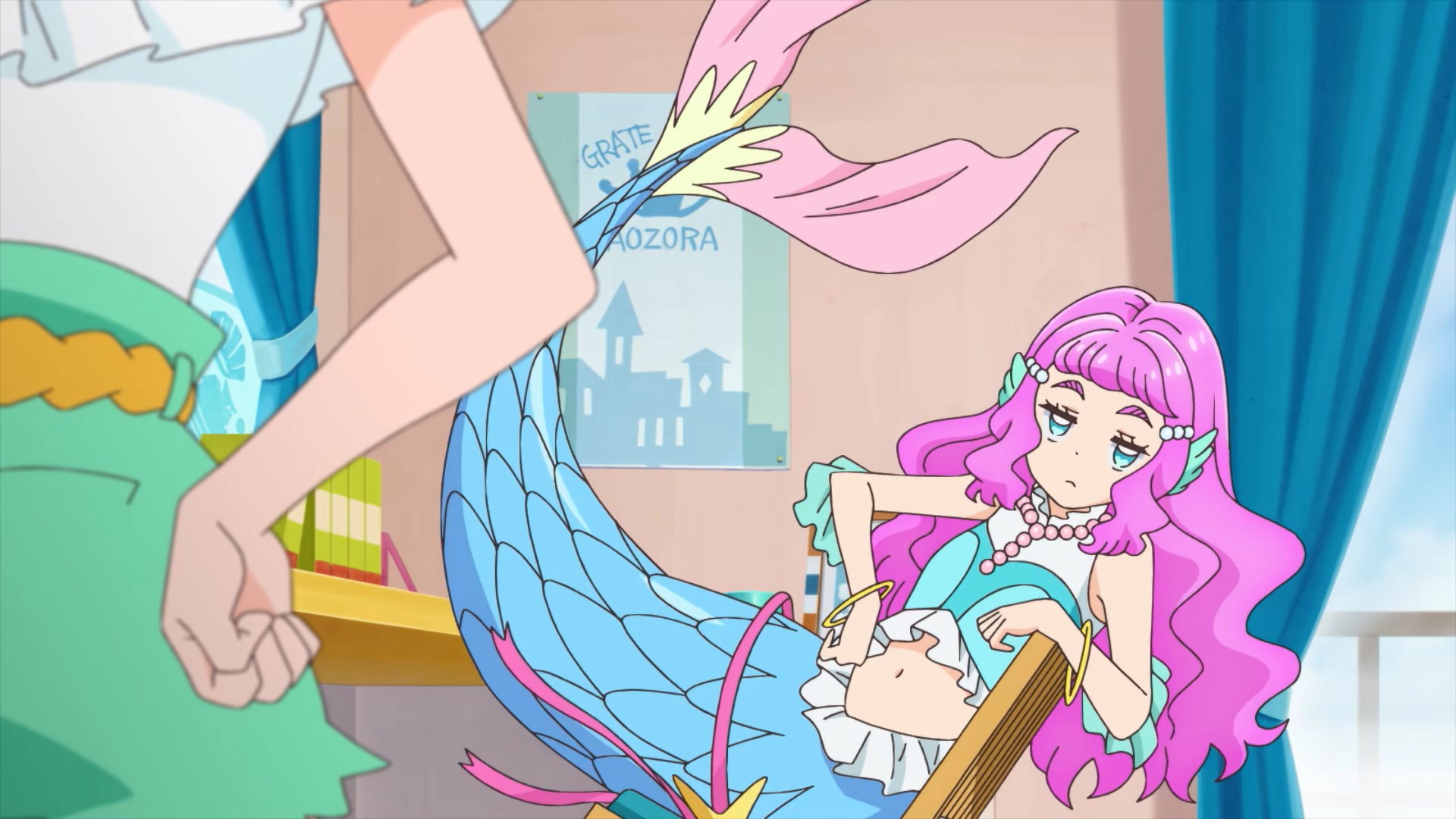 Laura lounging while looking bored or annoyed makes me laugh for some reason.

We joined Manatsu and Sango at school. Manatsu had a bit of a dilemma. She was pumped to join a school club but they all intrigued her so much she couldn’t pick only one. After school she got ready to shop with friends and invited Laura. Laura tried to play the cool gal being all “Nah. I don’t feel like going…though if you insist…” but Manatsu accepted her “no” and ran off. 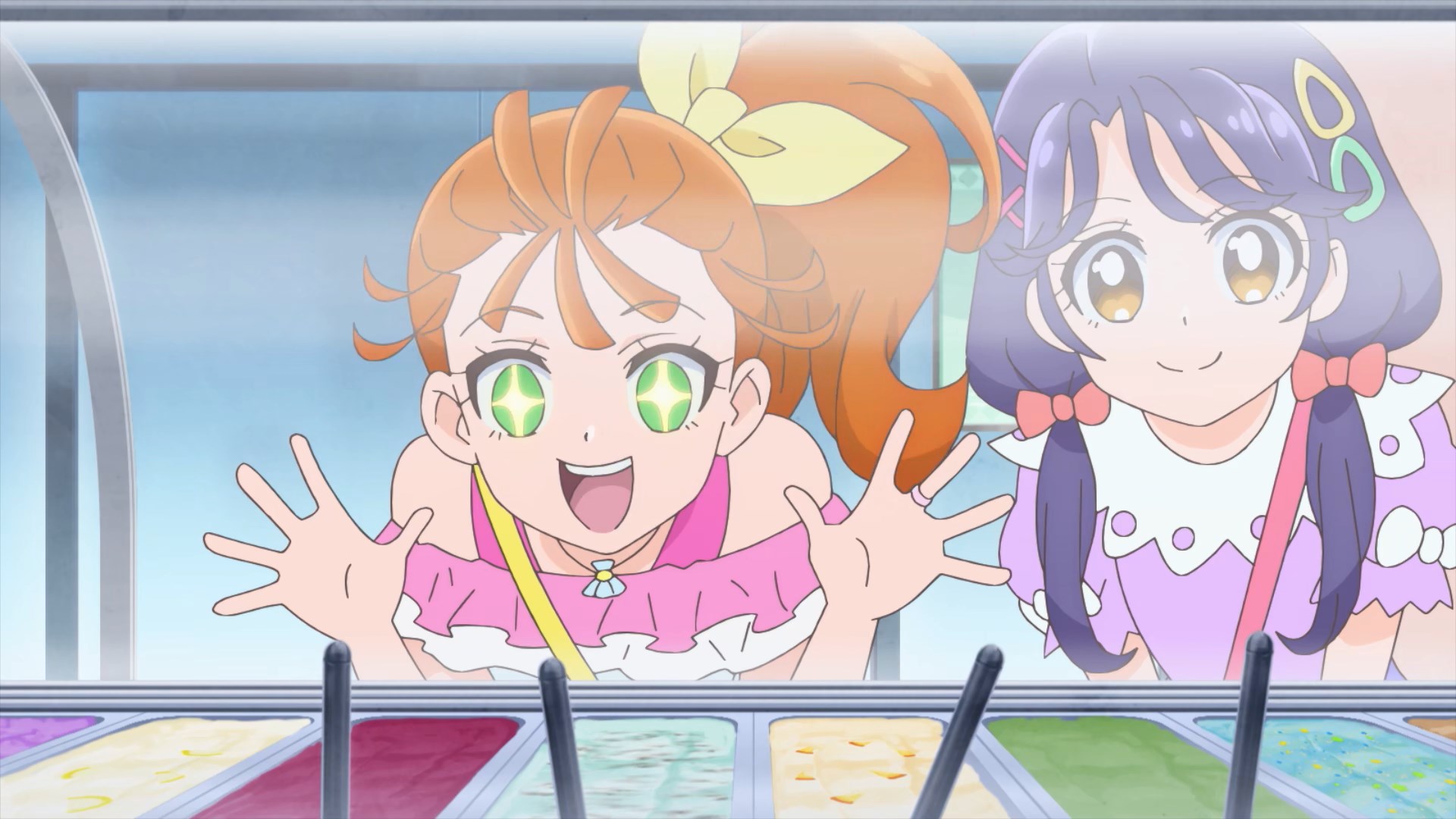 Manatsu, like most Ranger leaders, oozes with charisma, energy, genki power and most importantly funny faces. Sango and the other girls praised her for those exact traits. 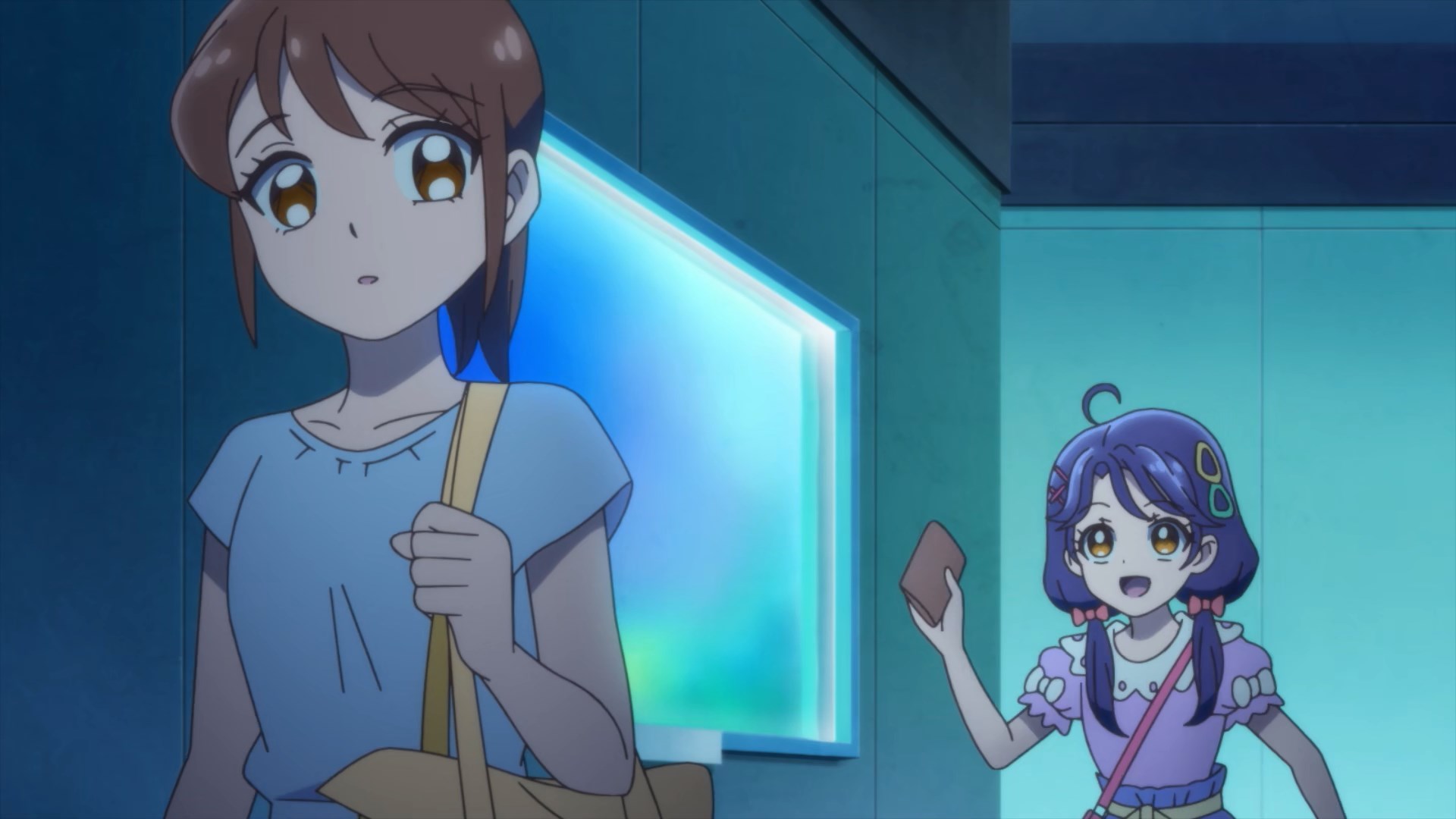 Throughout the episode we learned Sango liked to help people but was soft-spoken. She had opinions of her own but thought it best to go with the flow of others. While returning a wallet to her owner she got separated from the group. As she looked for them she heard singing and looked for the singer. 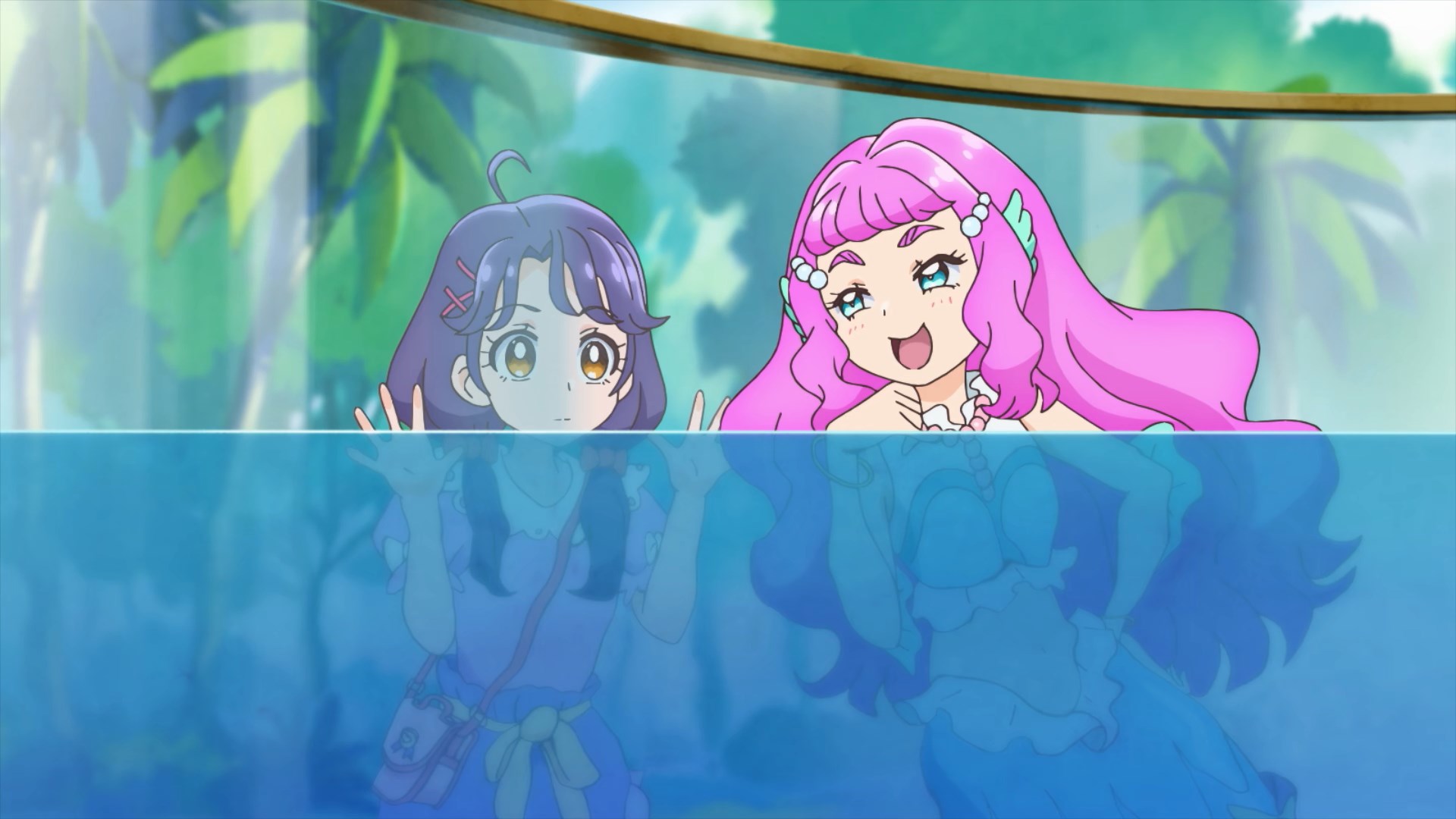 That’s how she met Laura. She’s on guard at first but once Sango flattered her she welcomed the cultured girl to confirm she was the real deal. She took the opportunity to see if Sango was a Ranger Candidate but like Manatsu the morpher didn’t react to her right away. 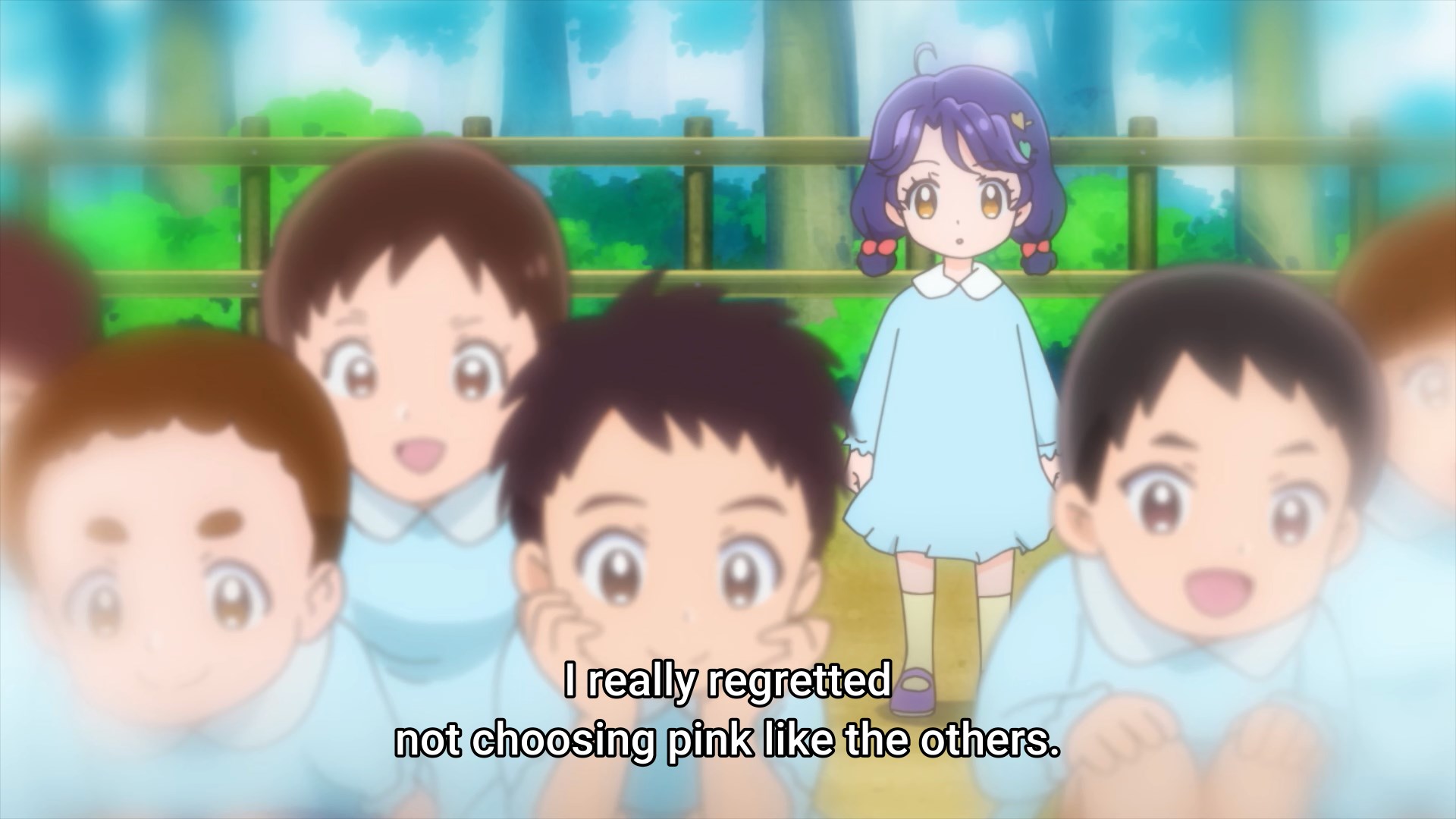 The next day Manatsu wanted to eat on the roof. The other girls didn’t but Sango, who went with the trio’s flow all day prior, followed her. She envied Manatsu’s confidence to pick what she wanted without worry. She told her why it’s hard for her to do the same. Basically she didn’t want to feel left out or different. Laura overheard the story and told her to not be ashamed of making her own decisions, aka “Believe in your kawaii!”. Since the two already met Manatsu thought Sango would make a great Power Ranger but Laura said the morpher didn’t react to her. Sango wanted to say something but backed off again. 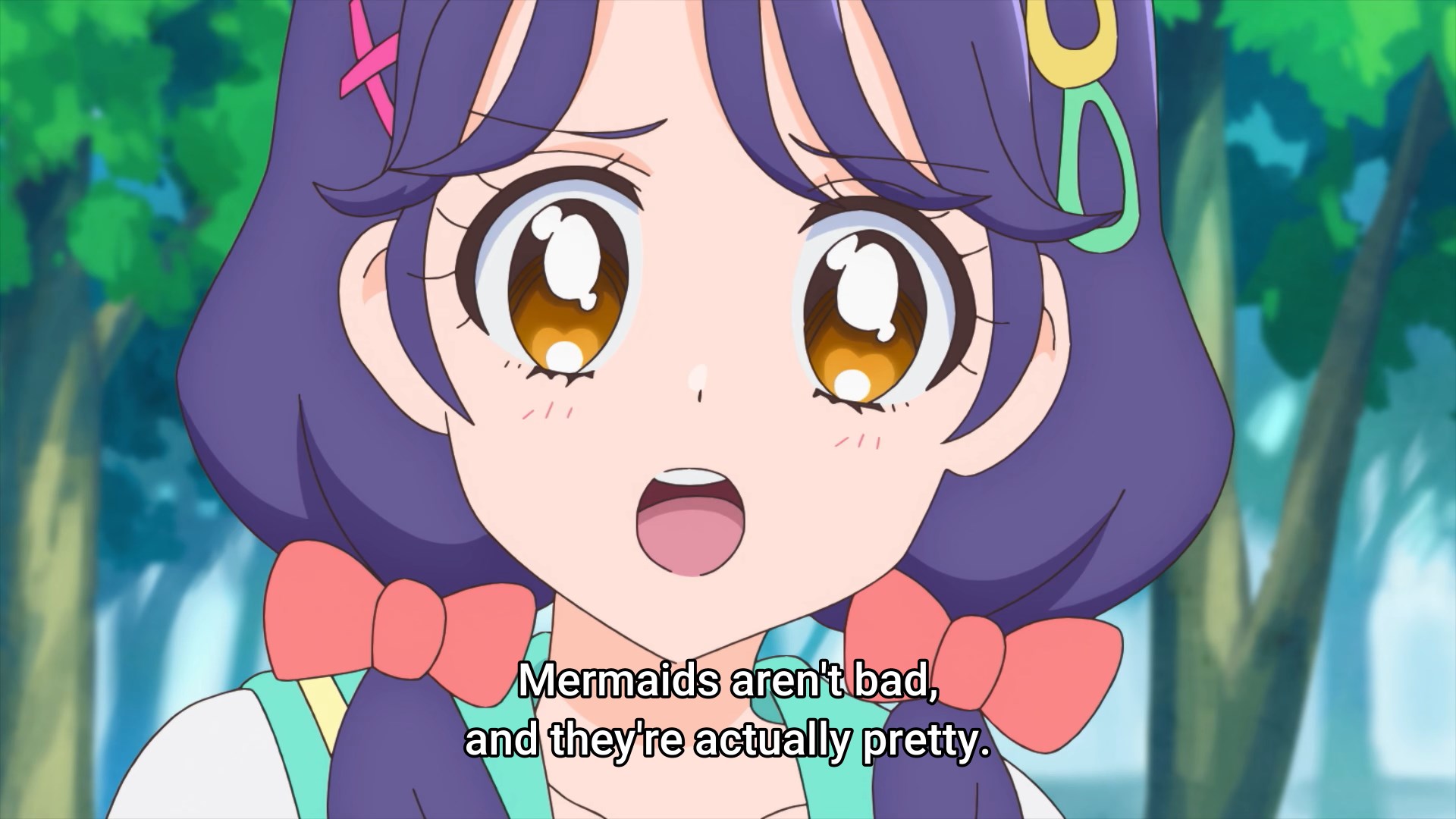 It’s about time for Crab general to cause trouble. As Manatsu rushed to the crime scene the trio talked about people seeing a mermaid during the previous monster attacks. They accused Laura of being involved based solely on word of mouth. Finally Sango could take no more and defended her honor as she followed Manatsu. 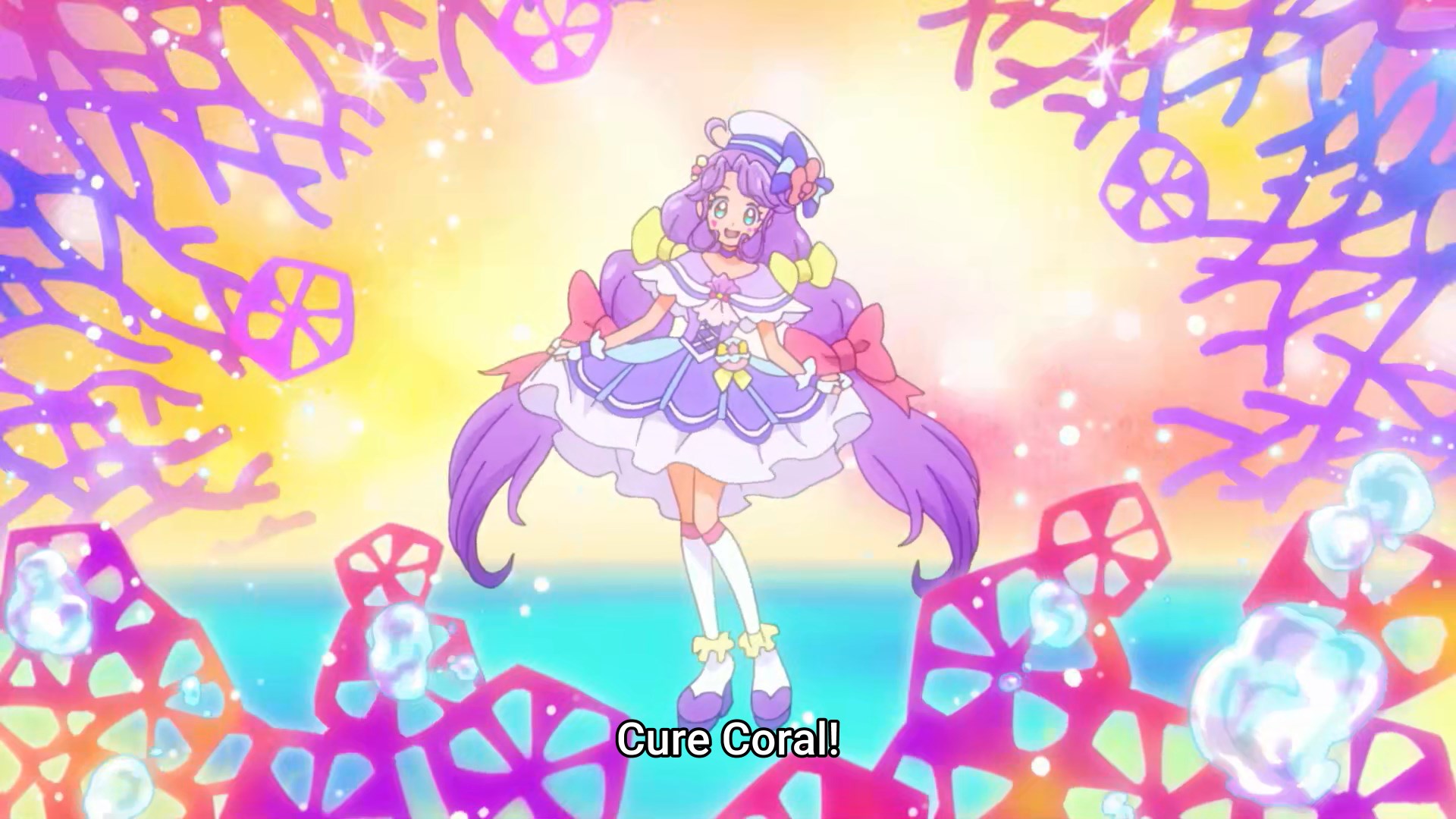 Cure Summer held her own but the Yarane-da was tougher than the last two. Sango felt helpless at first but she really wanted to help. She believed she had the courage and resolve to become a Power Ranger. Thus, like last time, the morpher sensed her courage and Sango became the purple Ranger, Cure Coral. Purple represent! 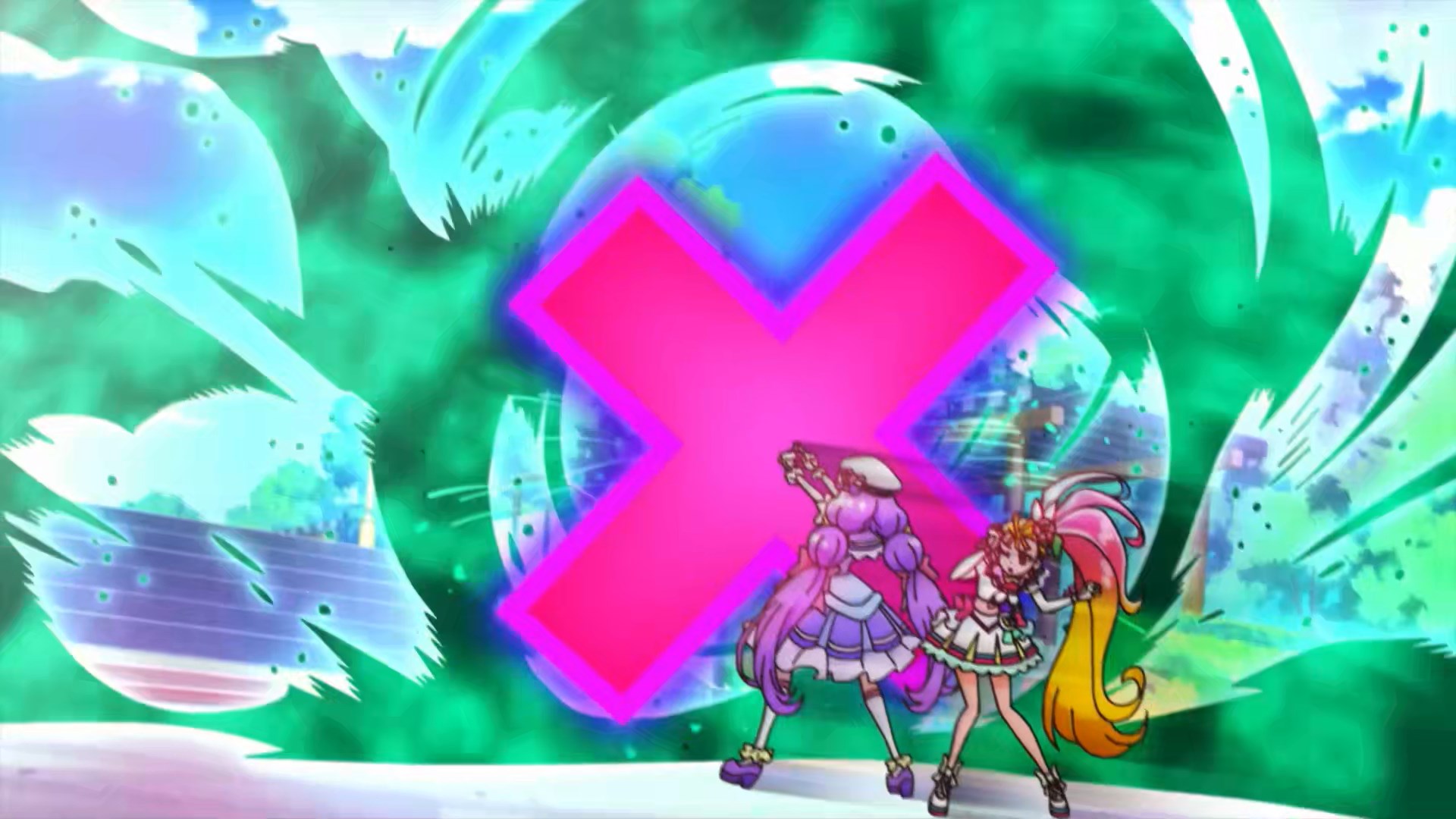 Cure Coral had a strong shield and her finisher, Fluffy Coral Diffusion, fired a barrage of fluffy missiles. One of the best finishers in Cure history. Having found her “Kawaii” Sango joined the Tropical Rangers.

Great stuff once again. Sango fills the role of the “cute one” nicely. Next time the third Ranger joins the team.

Yuri and Slice of Life are my anime passion.
View all posts by OG-Man →
This entry was posted in Episodic Anime posts and tagged Episode 3, Precure, Pretty Cure, Tropical-Rouge! PreCure. Bookmark the permalink.

6 Responses to Tropical-Rouge! PreCure Episode 3: Believe in Your Kawaii