Rice Shower was forced to endure the pain that were whiny entitled fanboys but fortunately her heroine/crush (I hope) showed her the way. Now it was time to back up her words of kicking McQueen’s booty should she compete. 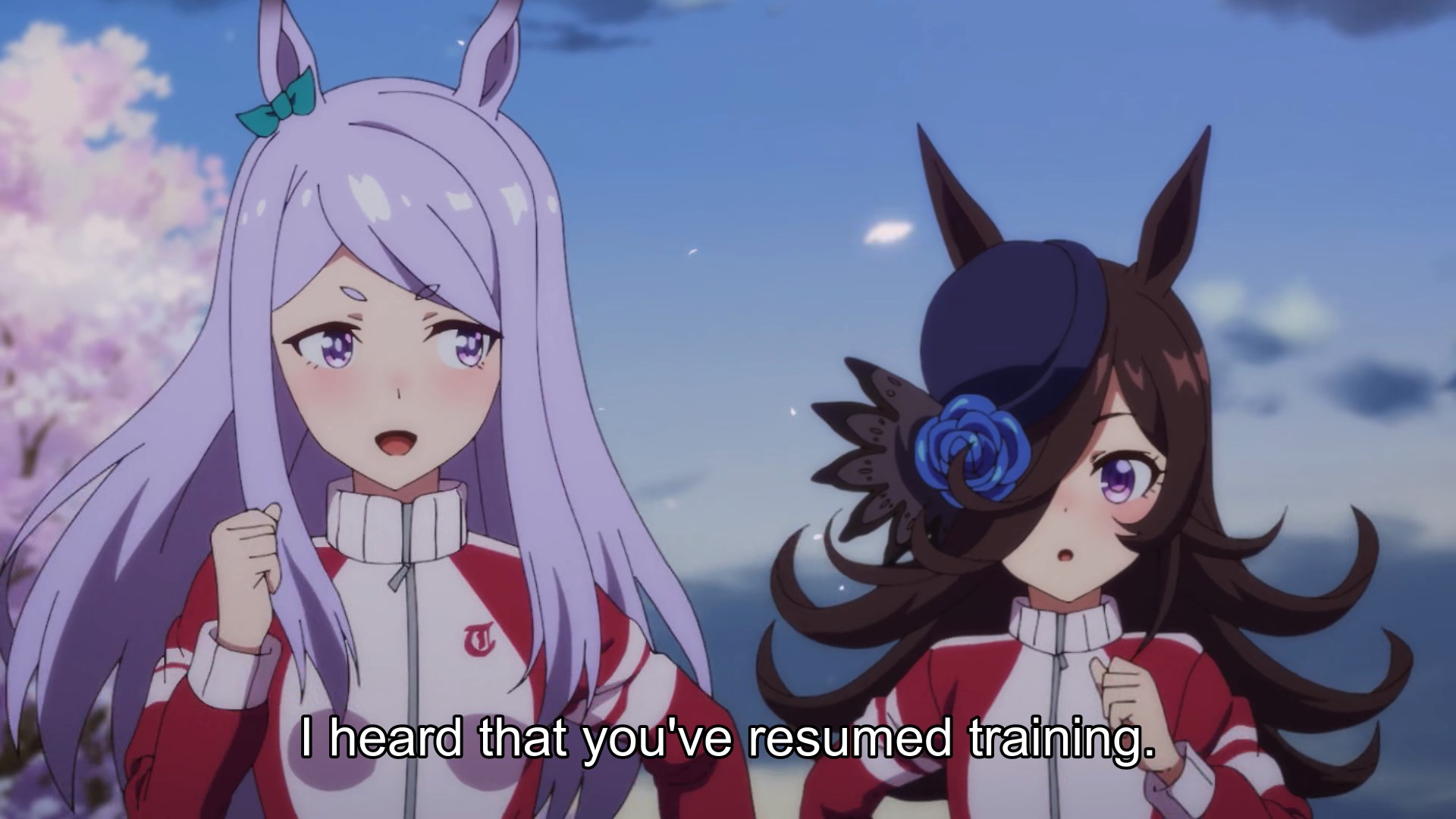 Easier said than done. McQueen was no pushover. 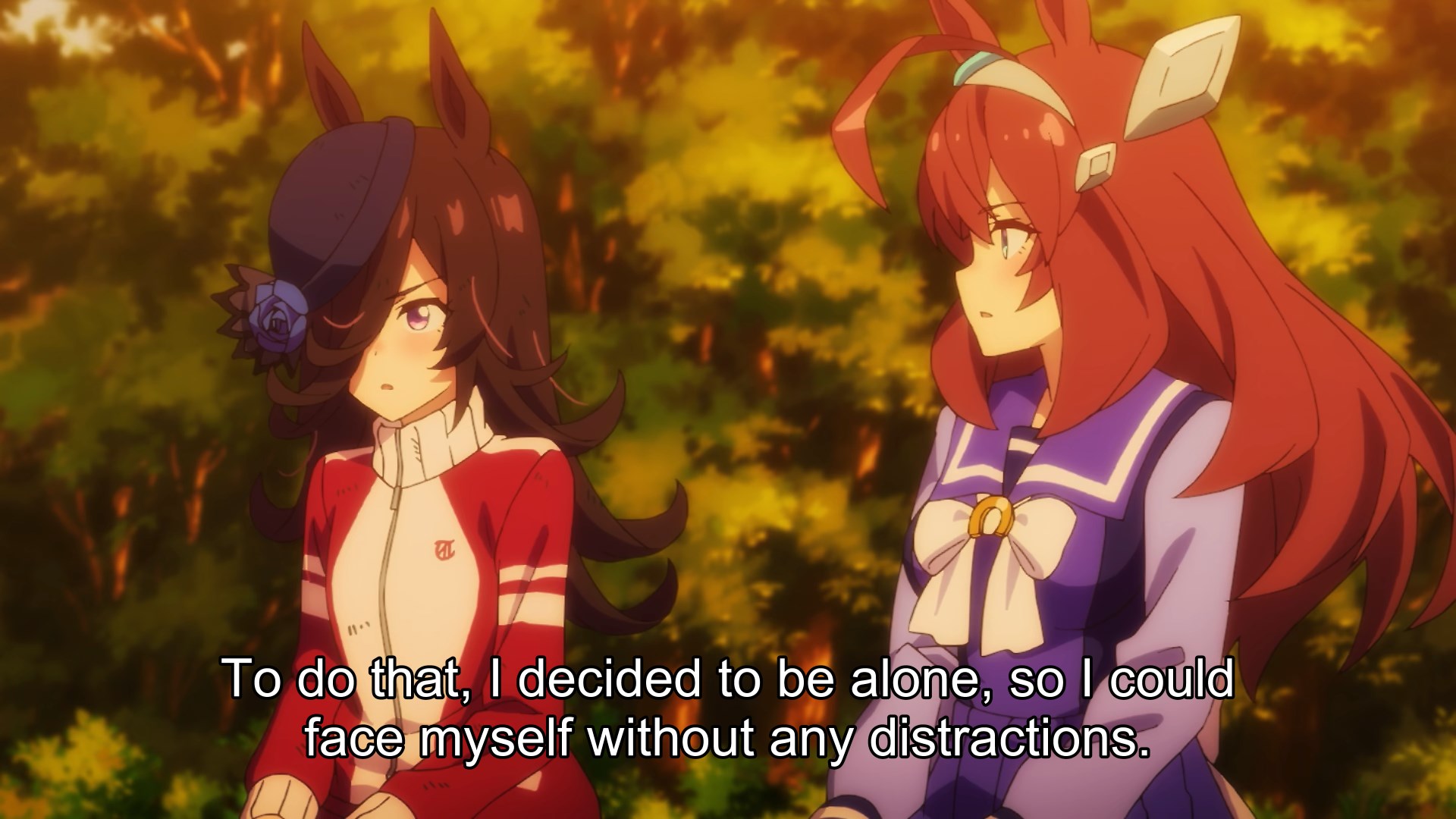 To fortify herself she isolated herself in a private training ground and focused solely on beating McQueen. A few days later Bourbon found Rice focused to a fault. Rice’s words reminded her of what her Master told her. Then she saw how many running shoes Rice went through and grew concerned. She spent the rest of her time watching Rice train. The training seemed to be working as even McQueen could sense her Speed energy growing. Teio noticed that split second of concern in McQueen and kept an eye on her leading up to the race. 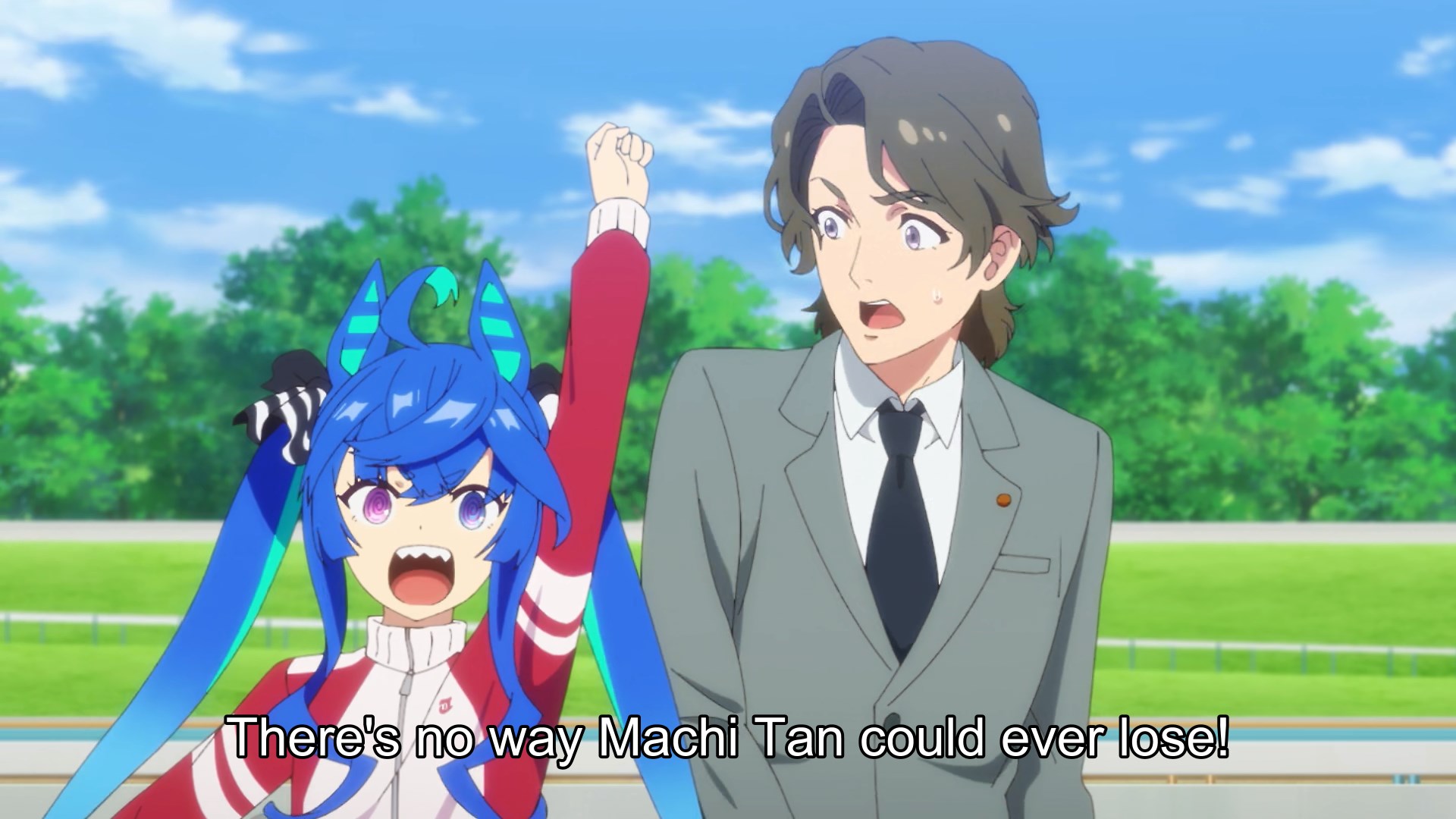 Meanwhile the other side-horses trained their hooves off too. 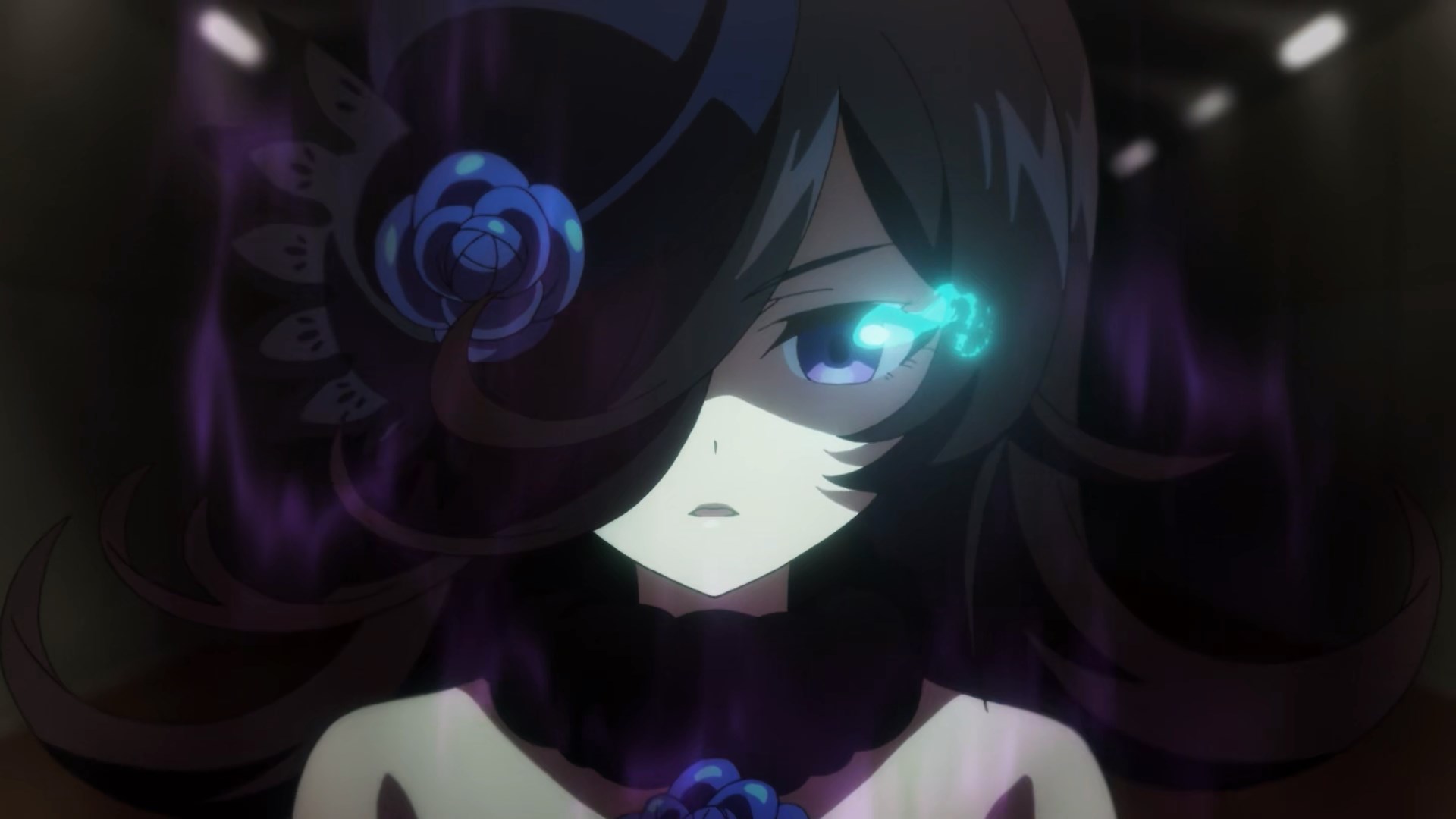 She was ready though it appeared that instead of focusing on the power of the Speed Force she went the opposite direction, the Negative Speed Force. 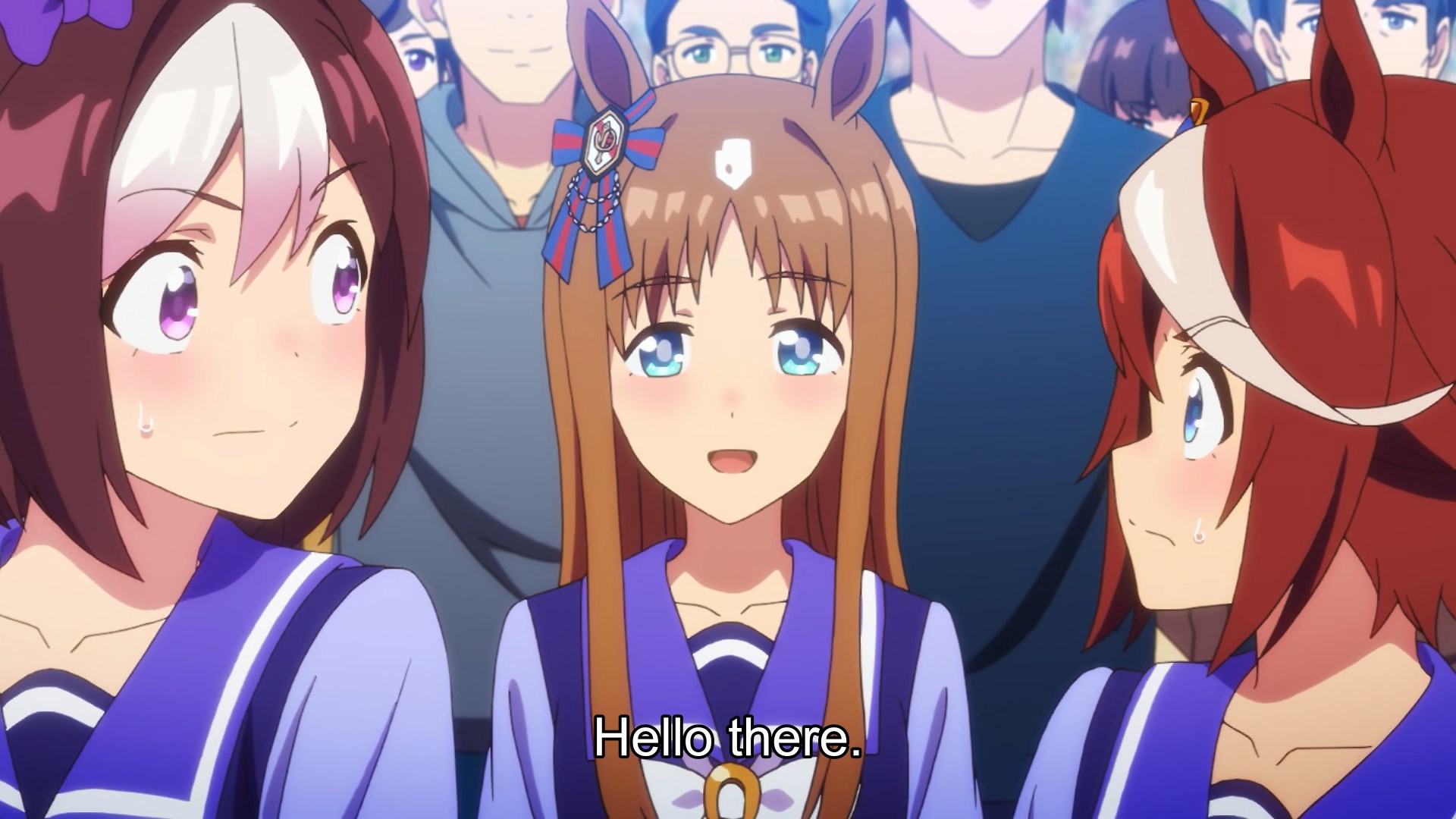 While the majority of fans had their money on McQueen the horses started sensing Rice’s dark aura and her laser focused on McQueen. Grass Wonder sensed the familiarity in Rice. She was in a similar boat when she raced Special. 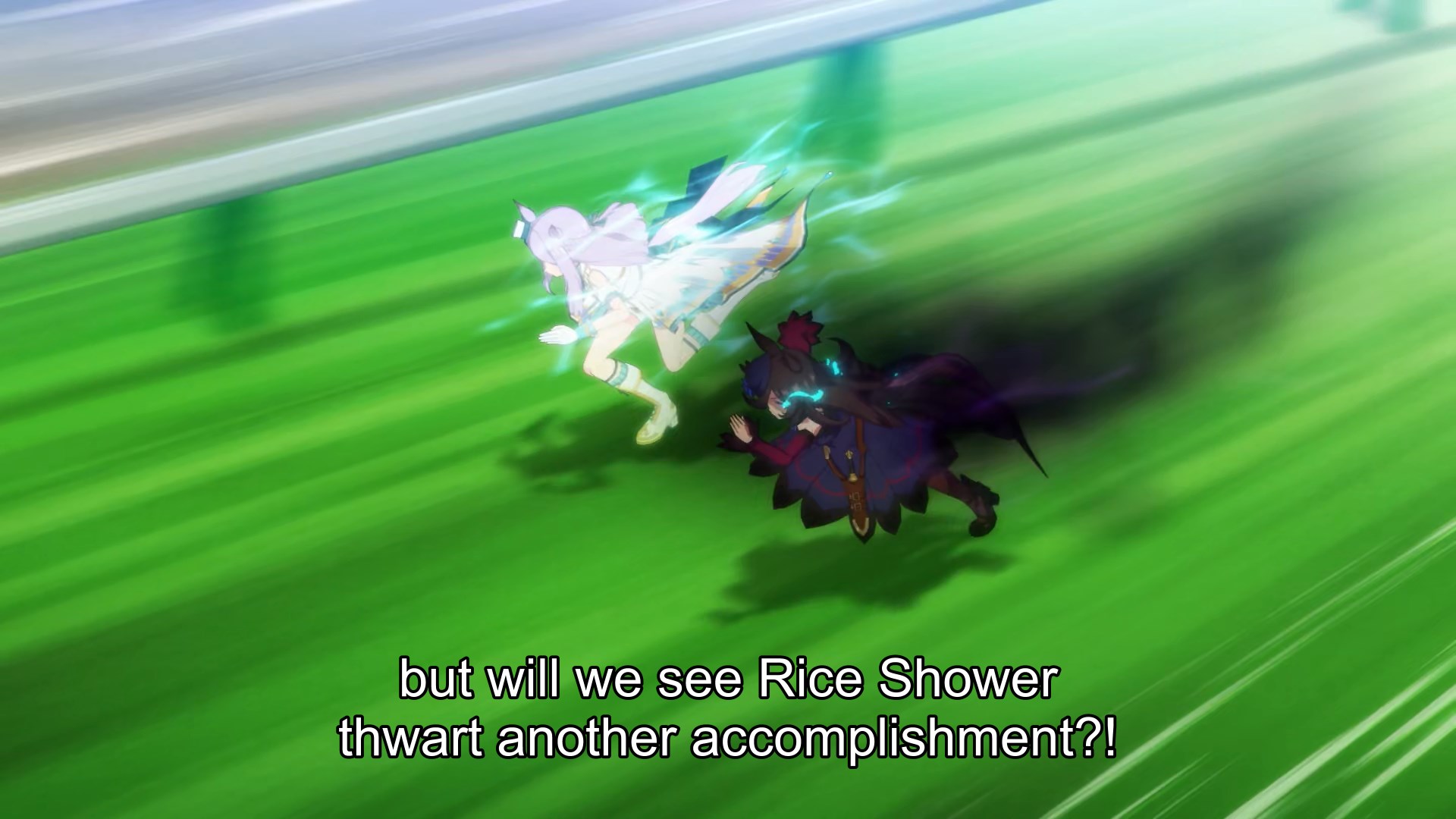 Unlike last time the horses went much faster. Team Spica were worried about McQueen overexerting herself too early but Teio believed in her. At the 2000 Meter mark she tapped into the Speed Force but Rice Shower easily kept up with her. Bourbon was somewhat concerned but rooted for her to show how strong she was. 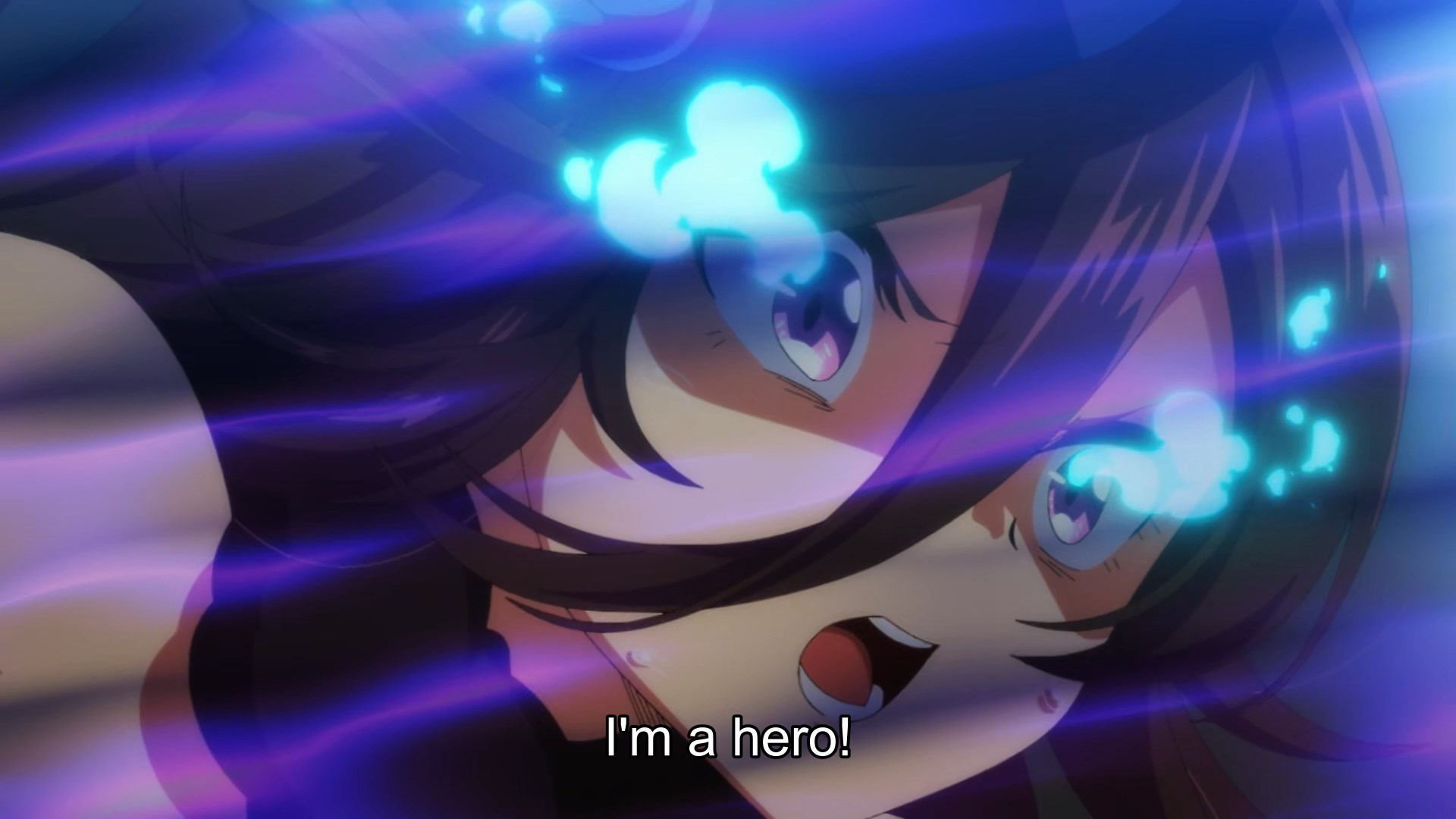 As the fanboys whined Rice was like “FUCK YOU! I AM A BABYFACE!” You go Rice! 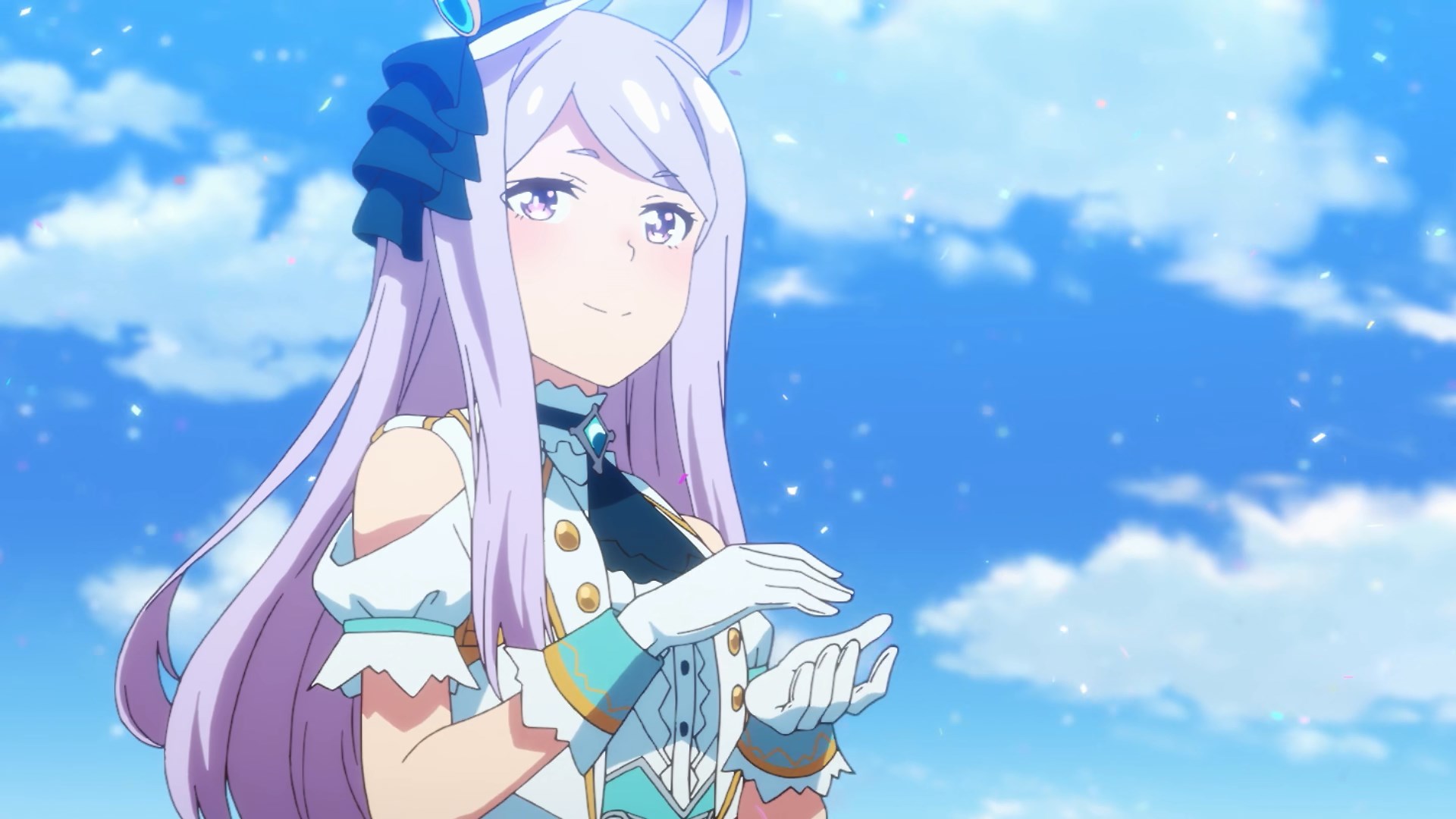 As the wastes of flesh cried like the dipshits they were the competitors applauded Rice’s incredible performance. She set a new record for crying out loud! 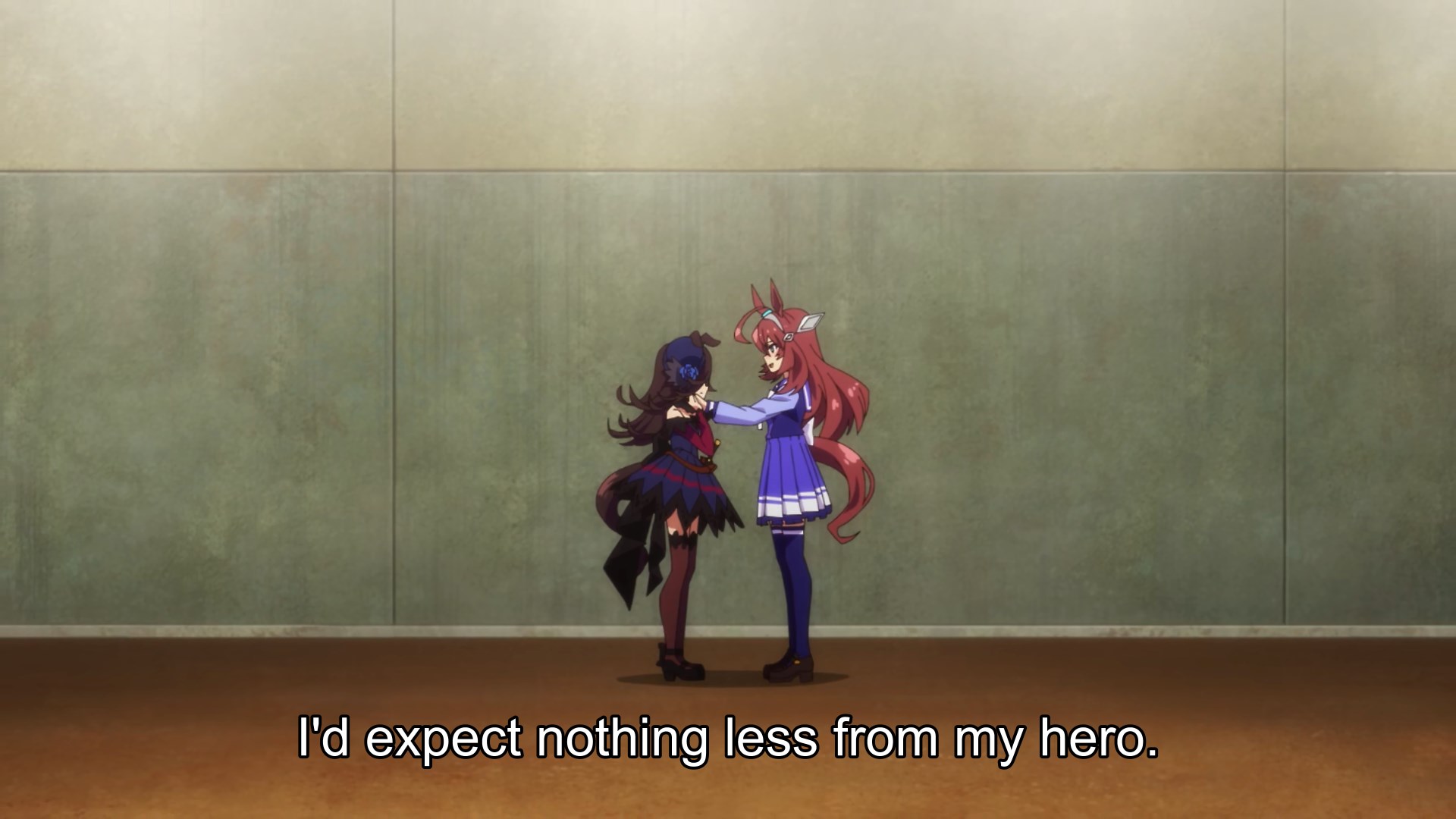 While the insignificant jeers still hurt poor Rice Bourbon was like “Fans are idiots. Let them boo. Keep showing the world how amazing you are and eventually they’ll turn around. Just like I see you, my hero”. In wrestling it works the same. Be it because of how entertaining the wrestler’s character is or how incredible/dedicated of a performer they are fans eventually come to respect people they hated early on. It isn’t always the case but for Rice those fickle asswipes will eventually learn to bask in her glory. 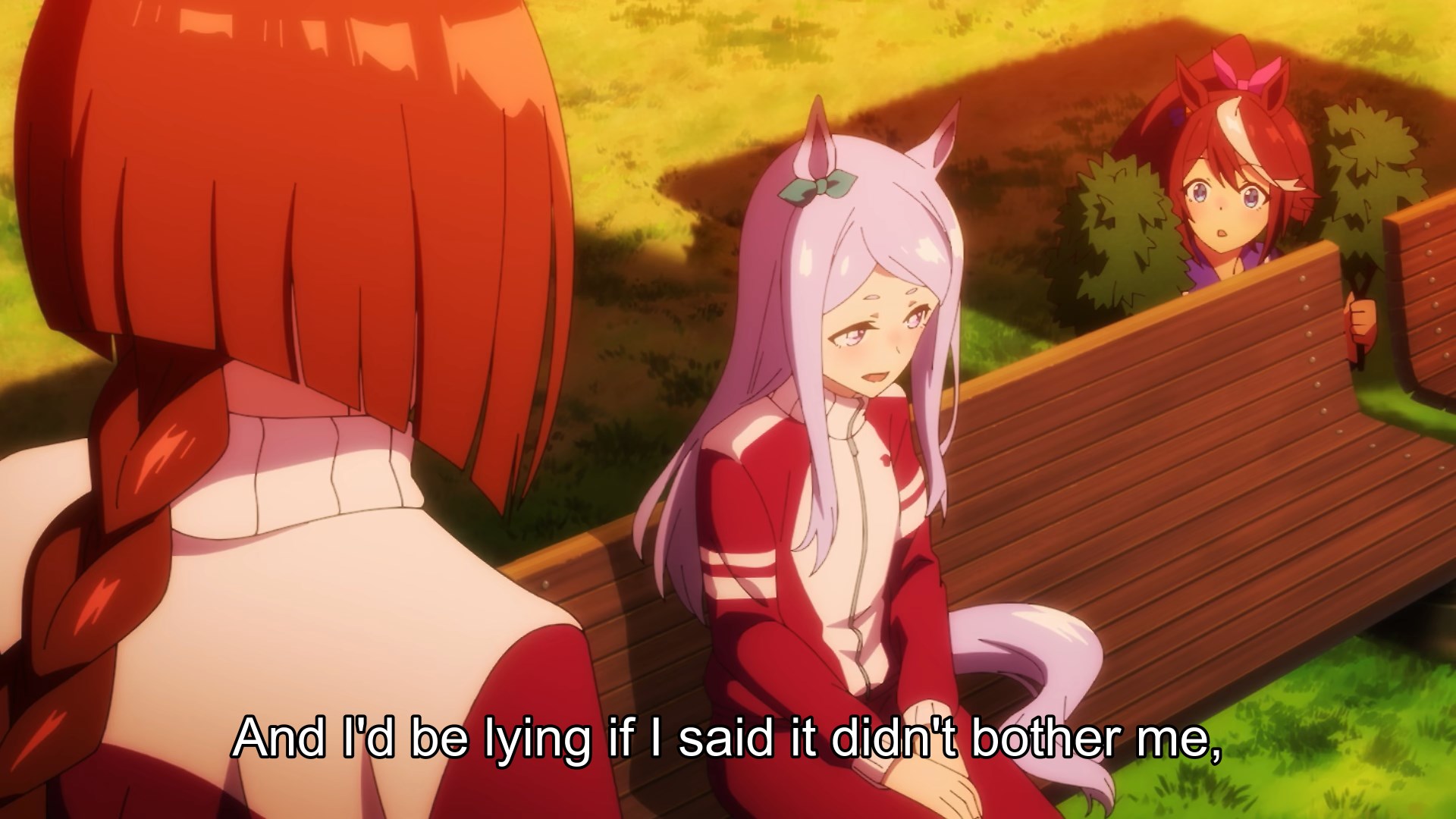 Team Spica were worried McQueen didn’t show up for the 2nd Place party so Teio went to check up on her. Gold Ship, knowing McQueen like the back of her head, gave Teio exactly what she needed to check up on her. Dictus came to check up on McQueen who was of course disappointed she lost but more so she let Teio down. Like Teio she had too many things on her mind leading up to the race and made similar mistakes. Dictus cheered her up by declaring victory, reminding McQueen she had plenty of great raivarus to compete against. The two would race in the Takurazuka Kinen and Teio most likely thought to herself “That’s where I’ll make my grand return!”.

PS: I wanted to save this till the G-View but I’ll briefly mention my honest thoughts on Teio and McQueen. They’re good protagonists…but they aren’t Special and Suzuka good. Not saying they should be like them. Otherwise they’d be ripoffs. I’m saying that I enjoyed following Special and Suzuka’s journeys more. Maybe it’s because even as a side-horse Special is still fun to watch whereas I didn’t think much of Teio as a side-horse in S2. As a lead in S2 she’s acceptable. Same goes for McQueen who is slightly better than her but not Suzuka better. My point? I find myself more invested in the new side-horses and heroines than our main duo. Again I’ll go into more detail in the G-View.

Yuri and Slice of Life are my anime passion.
View all posts by OG-Man →
This entry was posted in Episodic Anime posts and tagged 2nd Season, Episode 8, Pretty Derby, Season 2, Uma Musume. Bookmark the permalink.