The hard times for our heroines continued in the last episode. Would Captain Sayo be able to help the team bounce back? 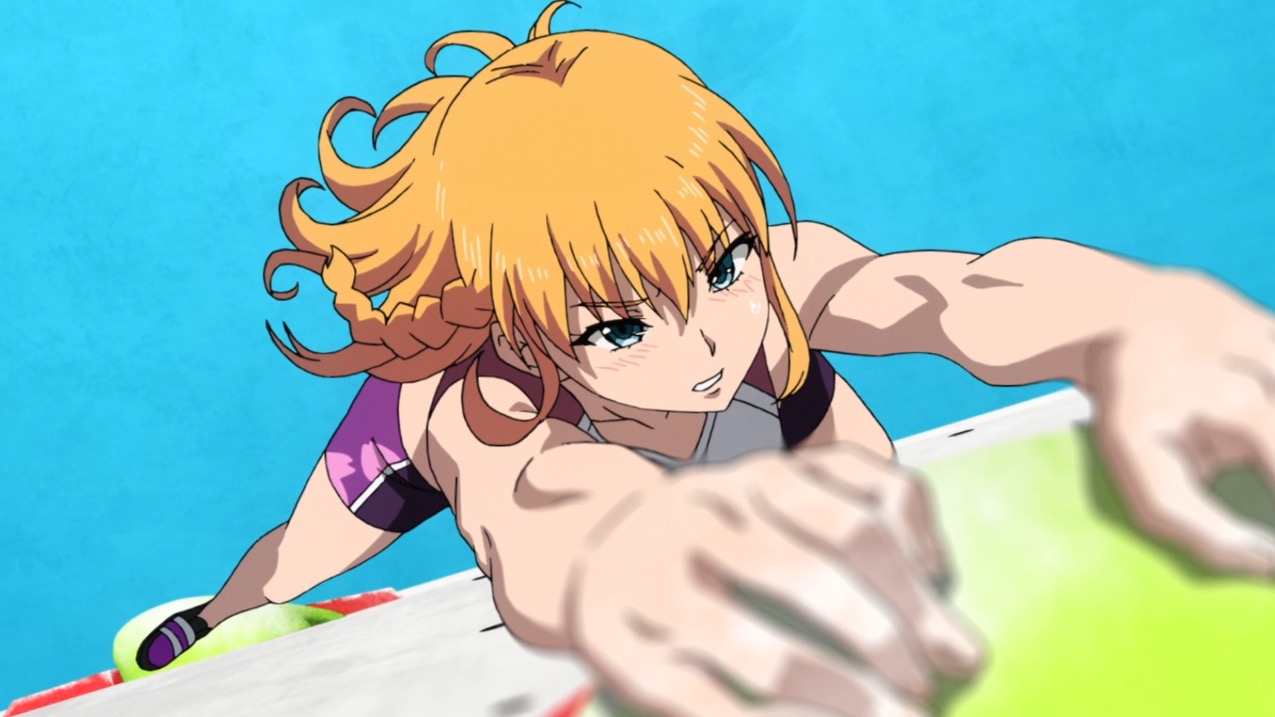 Sayo did quite well in the 1st wall sending it on the first climb. Unfortunately the trouble began on the 2nd wall when she injured her middle finger. In a sport like this every finger is vital to success.

The injury wasn’t bad enough to stop her but it was risky to go hard, hence why she held back on the 3rd wall. She planned on doing the same on the 4th wall. Before giving up she noticed a worried girlfriend in the crowd.

When it comes to sports, be they real or predetermined, the crowd oftentimes plays a big role. Their support can give competitors that one extra push needed to finish strong. That’s what we got here. Nono led the crowd and their cheers gave Sayo the needed boost to finish. That’s love for ya. 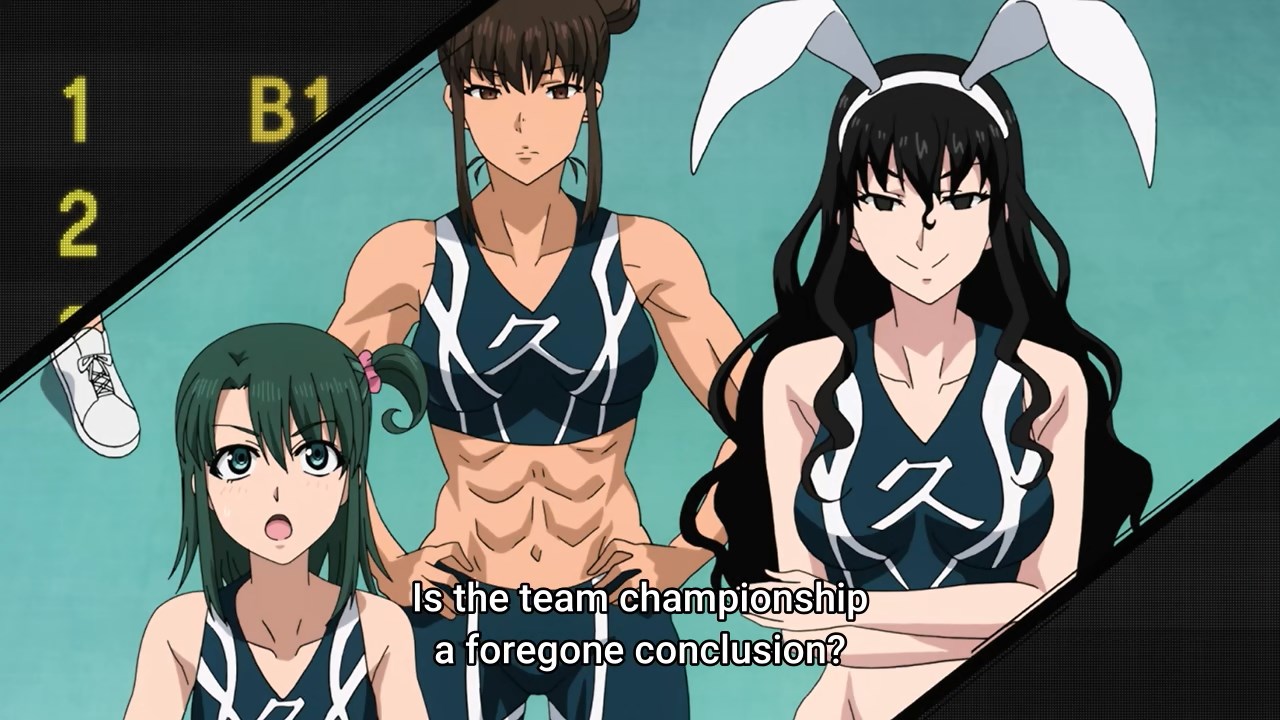 The semifinals ended with the Spider Queen and MY Queen in the Top 5. Captain Sayo came in 3rd, Konomi 4th and the Black Panther 5th. 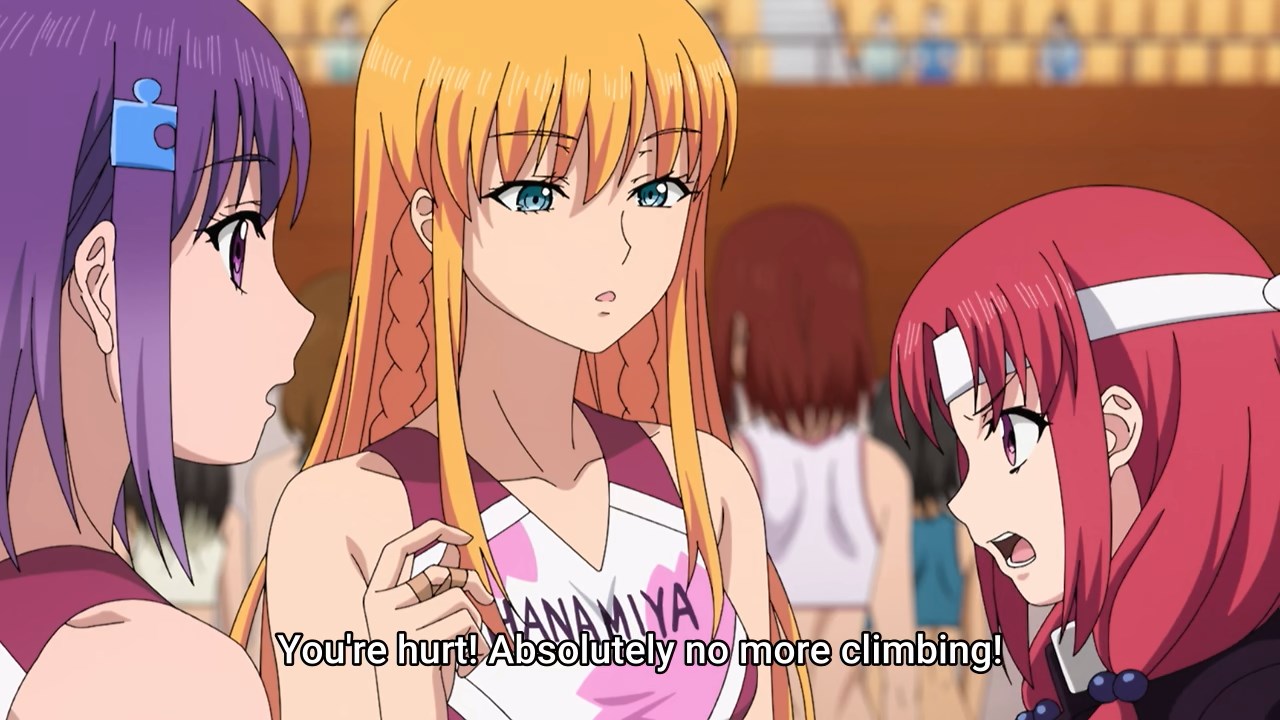 Oh dear. The captain couldn’t say no to her sweetie pie. So it was Konomi by herself against the competing climbing dames and other tough athletes.

Let’s fast forward a bit. Sadly Konomi;s mind and body weren’t in sync. She had the brains but lacked the brawn. That and she needed Jun. Speaking of Jun… 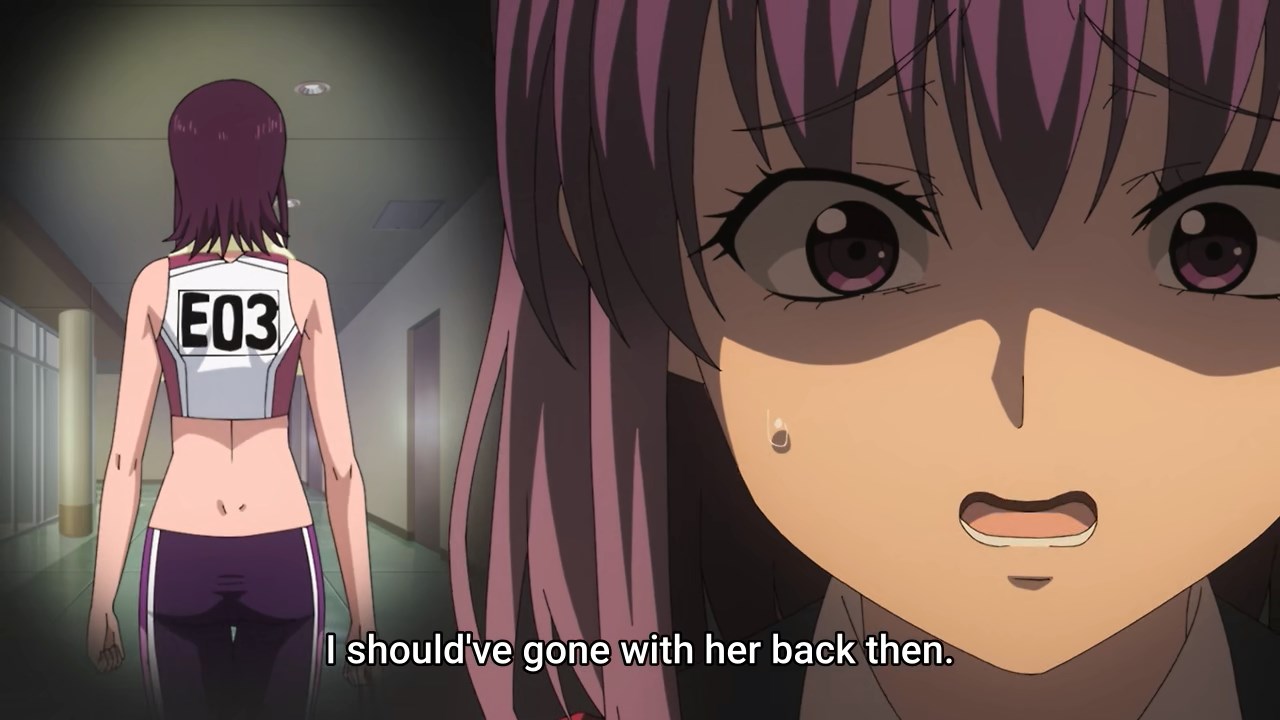 She was so devastated by her poor performance she requested a temporary leave from the team to work on her flaws. She basically pulled a Vegeta. Captain Sayo knew she’d return once she’s ready. Konomi blamed herself for not being there for her then. Sayo said the best way to make it up to her was get stronger before her return to compete in the equivalent of the Pro Climbers’ Royal Rumble on the road to their Wrestlemania.

Their Royal Rumble, known as the Combined Japan High School Cup, was six months away and consisted of three events so you best believe the Idol would be there for the speed event. How much you wanna bet Konomi or Jun will face Kurusu?

So what about the end of the previous tournament?

The Black Panther pulled an upset among the climber dames in the Singles with the Zombie surprising everyone in 3rd.

This after she felt down seeing her greatest rival ignore her for the aspiring rookie. Fortunately her team found her moping and said they loved her as their dear badass airhead captain. Their support revitalized her enough to win gold in the Singles.

Meanwhile the predicted team to win the Team Championship did just that.

Yuri and Slice of Life are my anime passion.
View all posts by OG-Man →
This entry was posted in Episodic Anime posts and tagged Episode 8, Iwa Kakeru! Sport Climbing Girls. Bookmark the permalink.