Is the Order a Rabbit? Bloom Episode 7: Halloween Brew

Time for some moe spooks weeks after Hallow’s Eve. 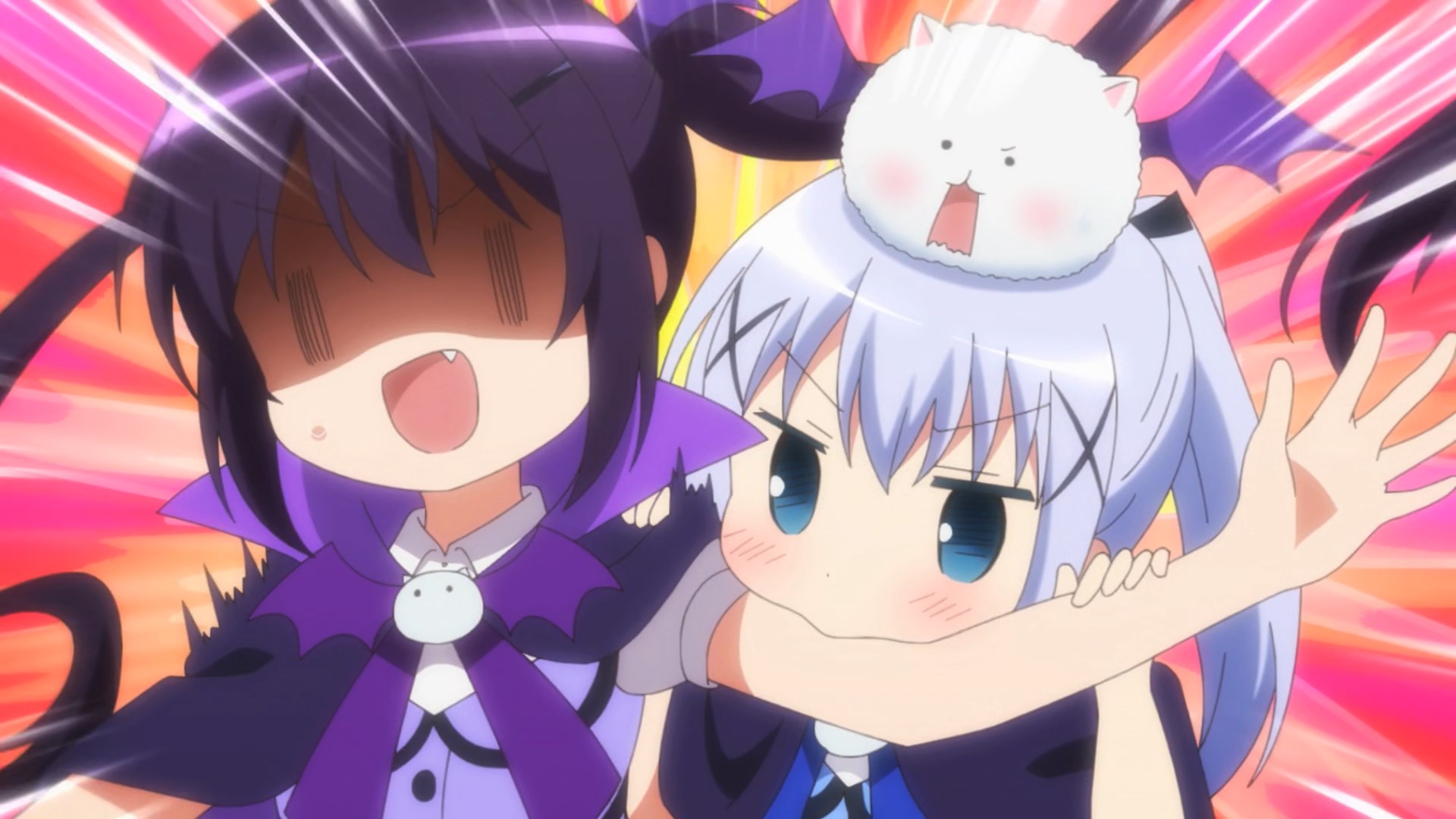 Chino teased Cocoa for being too into character when it wasn’t necessary but Rize saw her practicing in private, thus the cannibalistic punishment.

Maya and Megu were something. As we would later find out they couldn’t decide what they were. Cats, dogs, wolves or foxes. No clue. Syaro did know what she really was though.

No need to go into detail on Maya and Megu’s visit to Ama Usa An. Know that it’s a Chiya segment so you can already tell it’s fantastic. They came back the next day to talk about how accurate Chiya’s “summoning” power was. They weren’t kidding. Chiya offered to combine the three’s power to summon something greater.

Chino’s reaction to being “replaced” was all according to plan.

No Syaro. Rize was born to be a sexy police officer or commando. 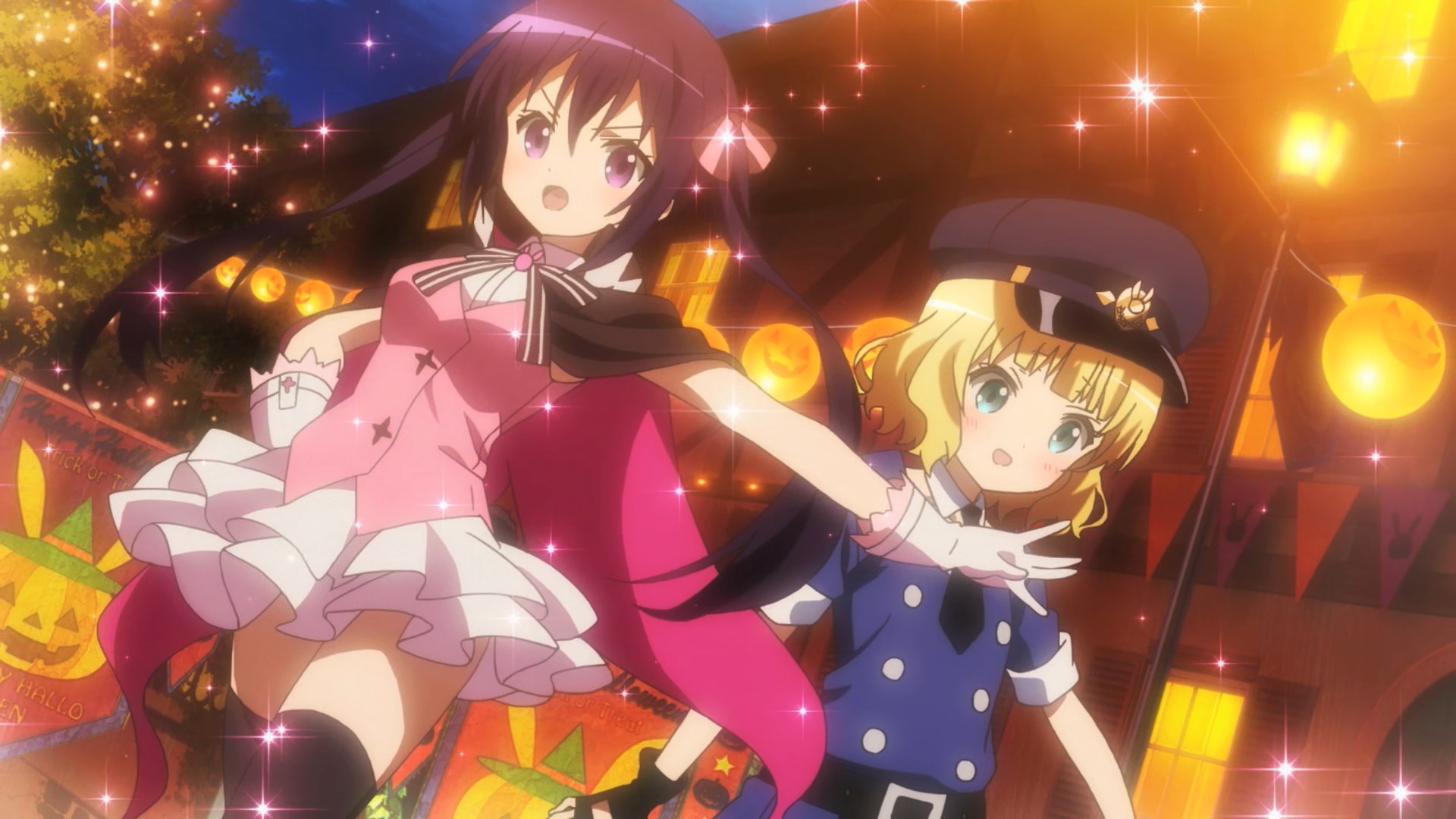 While I still think Rize looked better as a sexy officer Syaro admittedly pulled it off quite nicely. Sexy.

The most important scene involved Cocoa lost in the newly decorated Halloween Town. Chiya, being best girl, had the perfect idea to locate her. I won’t spoil what it was but know it was brilliant.

Back to Cocoa. As mentioned she got lost. A boy in a pumpkinhead costume was lost too. Cocoa tried cheering her up with magic but as we saw at the start of the episode she wasn’t very good. She tried cheering the child up as best as she could but when their mother found them the ungrateful child gave her performance a bad grade. They weren’t wrong but she’s trying to cheer you up so cut her some slack. Anyway that’s when the lovely white mage appeared to teach her how to perform magic tricks. She didn’t speak but Cocoa was sort of able to follow her gestures.

There was something familiar about the white mage. Her identity was confirmed when Chino sensed a familiar presence and from Tippy’s words. Fortunately Cocoa was there to cheer her up with the magic tricks she learned. One trick being nostalgic to Chino.

So how did that happen? The same way grandpa was reincarnated into a puffball, anime magic.

15 Responses to Is the Order a Rabbit? Bloom Episode 7: Halloween Brew