The Journey of Elaina Episode 8: The Great Porcelain Caper

Last time Elaina visited two “split” lands. This time her destination was a more unified land, united in their love of porcelain dolls that is. Yup. This was a horror episode.

Before we get to the main topic let my fellow cultured peeps and I admire another beautiful adult in the Night Witch, Sheila. She worked for the UMA (just like Saya) and was investigating a so called “Ripper” that went after women’s lives. More on this in a bit. As Elaina overheard the terrified citizens with incomprehensible info she was about to be on her way when Sheila stopped her to ask some questions. After proving her innocence she did the whole “Call me if you hear anything” investigators tended to do. 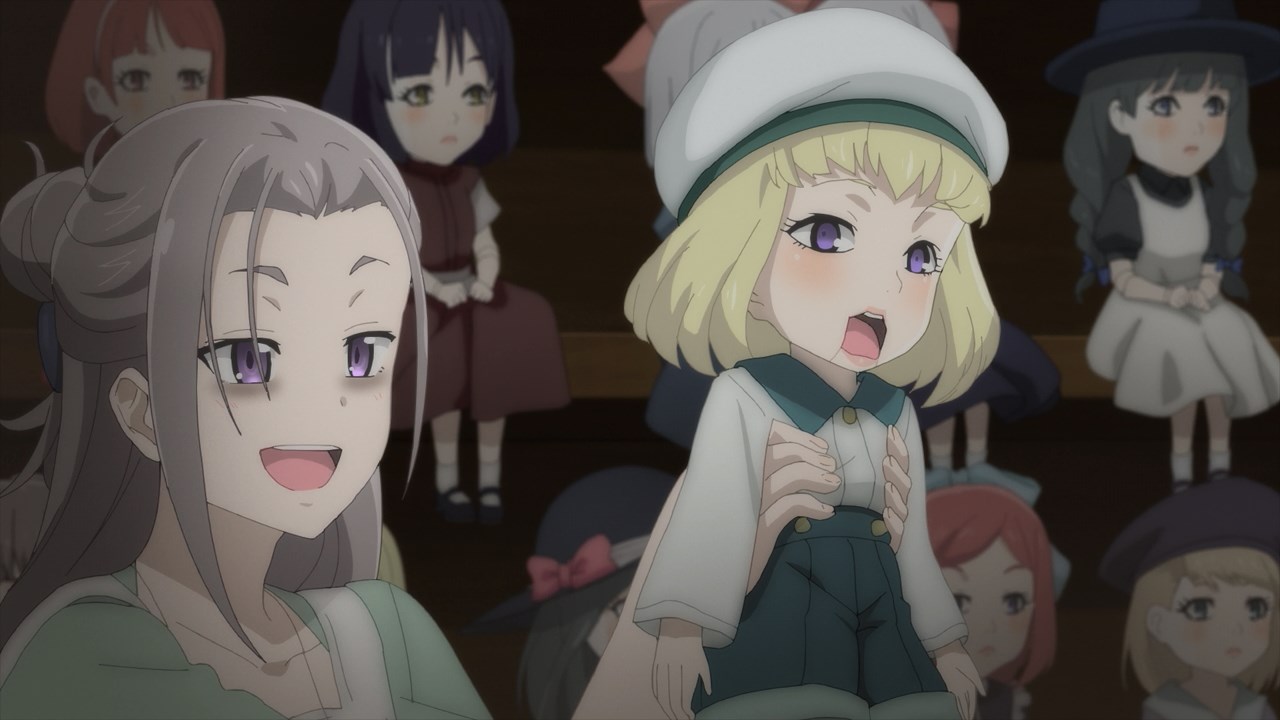 Like I said the people of this city were enamored with porcelain dolls. They were everywhere…and I was scared for most of the episode. Elaina noticed a rundown looking doll store. The Dollmaker was given them away for free, saying the smiles of happy customers was payment enough.

Yeah. This case was an intentionally easy one to solve. More on that later.

After leaving the store she found an inn for the night. In her room there was of course another doll. Disturbed by its presence she “threw” it into the closet.

I recall reading somewhere the LN author specifically requesting not to show off Elaina’s sexiness too much, hence this being the best we got so far. Readers who remembered Master Fran’s blessings in the premiere episode know this is tame in comparison. By the way the weather was quite hot when Elaina visited.

Speaking of hot I dug Elaina’s surprise bobcut. Alas she thought it was the stuff of nightmares. It was thanks to this bobcut she suspected the Ripper was responsible. Later she called Sheila to the scene of the crime. They looked all over and found the most important clue in the closet, strands of the doll’s blonde hair but no doll in sight. Also it appeared to be human hair. Elaina immediately agreed to help with the investigation. She wanted “justice”, if you know what I mean.

After interrogating the Innkeeper they wore “clever” disguises to take part in a secret auction at what used to be an opera house.

I need full body shots to show off what kind of dolls were auctioned before the main event. Let’s just say they were…special. On to the main event. Dolls with HUMAN HAIR! One of them was the missing doll from Elaina’s room and IT HAD HER HAIR! Elaina wanted to scorch every soul in the opera house (except Sheila) but the senior witch tried to reason with her. Unfortunately the bidders didn’t make a compelling enough case to be spared of her wrath.

After some “persuasion” the Ripper revealed themselves. It was true the Dollmaker didn’t do it for the money as she donated the auction earnings to the poor. However, she LOVED seeing the looks on people’s faces, be it joy, sorrow, anger, lust etc. She loved human expressions to an uncomfortable degree. She confidently flaunted her power as a mage but didn’t count on Elaina being a witch and was easily captured. To Elaina’s dismay the Dollmaker wasn’t executed but taken into custody. 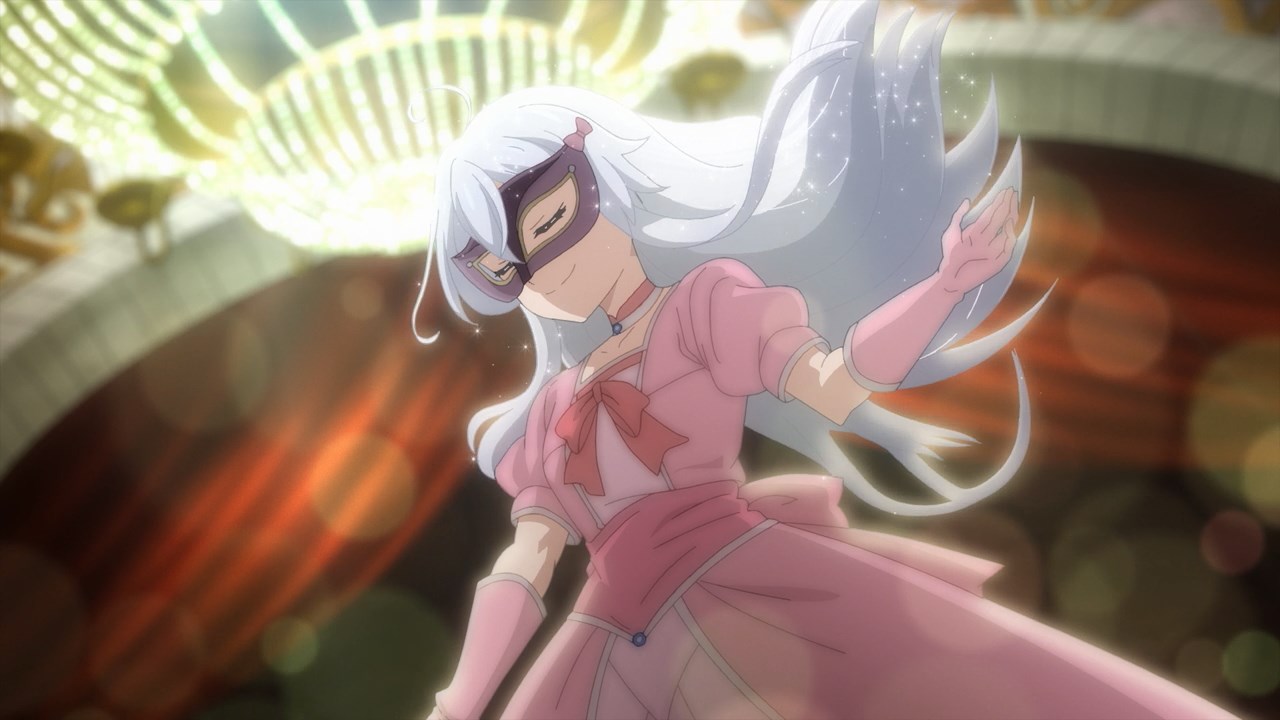 You will be missed Elaina’s bobcut.

Viewers who paid attention during Elaina and Sheila’s first meeting will be rewarded near the end of the episode. Good stuff as usual.

Yuri and Slice of Life are my anime passion.
View all posts by OG-Man →
This entry was posted in Episodic Anime posts and tagged Episode 8, Majo no Tabitabi, The Journey of Elaina. Bookmark the permalink.

15 Responses to The Journey of Elaina Episode 8: The Great Porcelain Caper