Is the Order a Rabbit? Bloom Episode 4: The Other School

Last time Sir Nickolas and I hoped to see more of Cocoa and Chiya’s school. Fortunately our wish was granted right away. 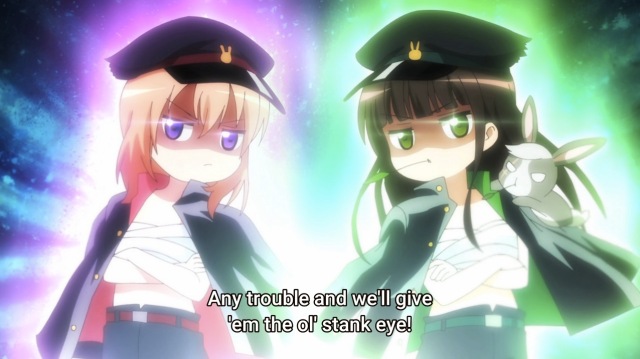 Yup. Definitely was gonna be another great one.

We begin with a flashback (Three times I began talking about Super Saturday episodes and they all started with a flashback) of Cocoa and Chiya preparing to go to the “Ojou-Sama” school and why. Basically to ask for props. It was a glorious “war briefing”.

Heralded as Yuri Goddesses upon their return after a successful mission to the “ojou-sama battlefield”. The “Ojou-Sama Syndrome” wasn’t a rumor exclusive to middle schools.

While Cocoa and Chiya hyped up their upcoming school festival Rize and Syaro were all jelly they couldn’t come along. So much so ABM noticed them pouting. Obviously they’re invited along with Chino and her posse. By this point an episode would feel kinda incomplete if one of the main cast don’t make at least one appearance.

Here’s your scariest moment of 2020. Nothing could beat this. 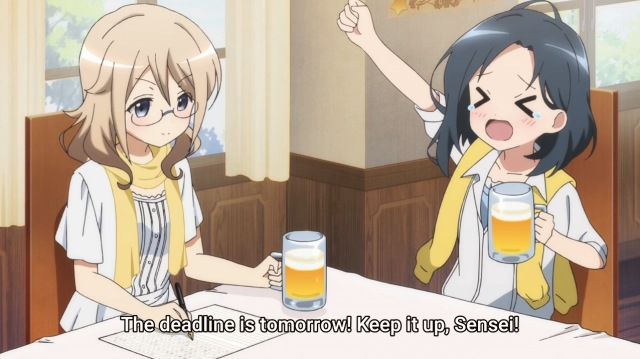 Hurray! Rin caught ABM. It took apple “beer” to get her to stay in one place but it worked. Cocoa and Chiya’s class cafe had an “Oktoberfest” theme. Very creative, yes.

Cocoa and Chiya’s classmates got to meet the legendary imouto Cocoa spoke of ad nauseum. Chino thanked for the above. 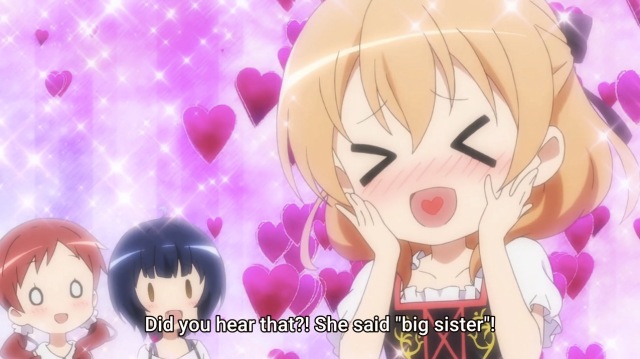 She called her dimwitted too but all she heard was “Big sister”. The dimwit thing is a moot point to her this far into the series.

Shame this epic battle was off screen. Rize won of course.

There was a mishap with the schedule so all our heroines were asked to help. The Power Couple here were the first to step up. Badass. 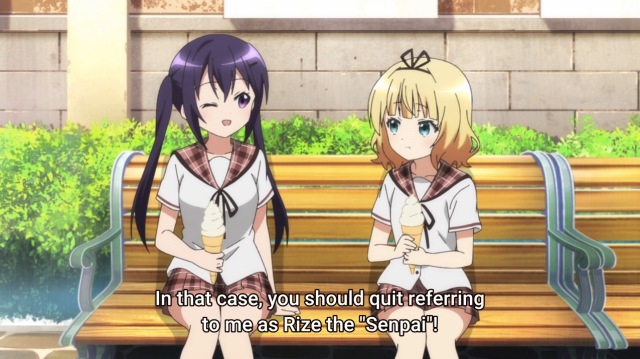 Hopefully they come back to this at some point. It was glorious.

The rest of the episode I leave for everyone else to see. Not only did Chino step up her game but she decided which of the two high schools she wanted to apply for. Stay tuned after the ED for an extra dose of cuteness.

13 Responses to Is the Order a Rabbit? Bloom Episode 4: The Other School