Is The Order a Rabbit? Bloom Episode 3: ChiMaMe’s “Gokigenyou” Adventure

ChiMaMe, aka Chino’s Posse had an interesting adventure this episode. 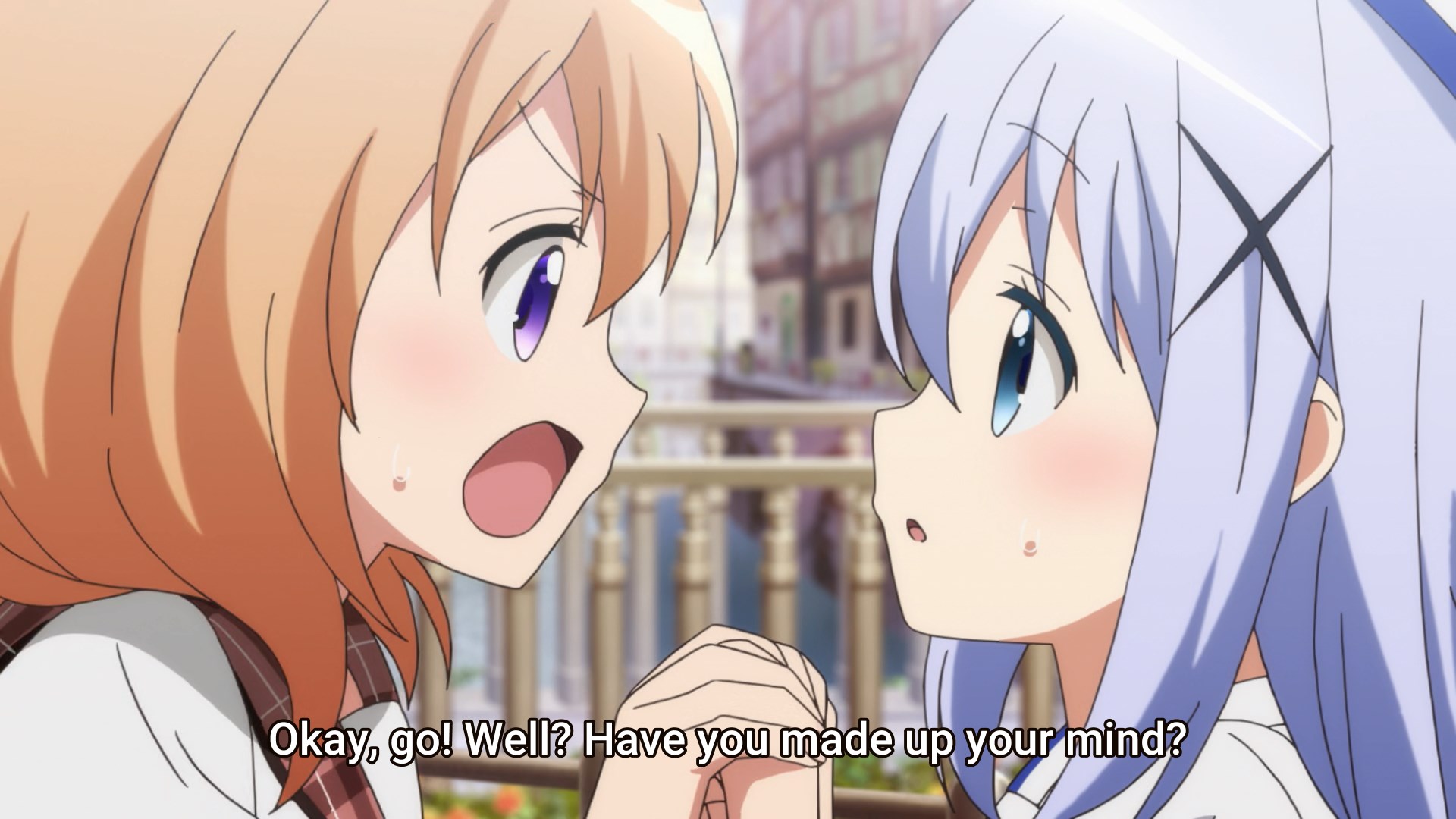 We began with Cocoa and Chino on their way to school. Chino’s close to graduating as Cocoa excitedly awaited her “imouto” applying for the same school as her but Chino hadn’t decided yet.

At school the posse continued the high school application discussion. Megu considered applying for the one Rize and Syaro attended, aka a “hoity toity” school. Megu worried she would become infected with “Gokigenyou Syndrome”. Readers who remember Flip Flappers know how severe that illness could become. 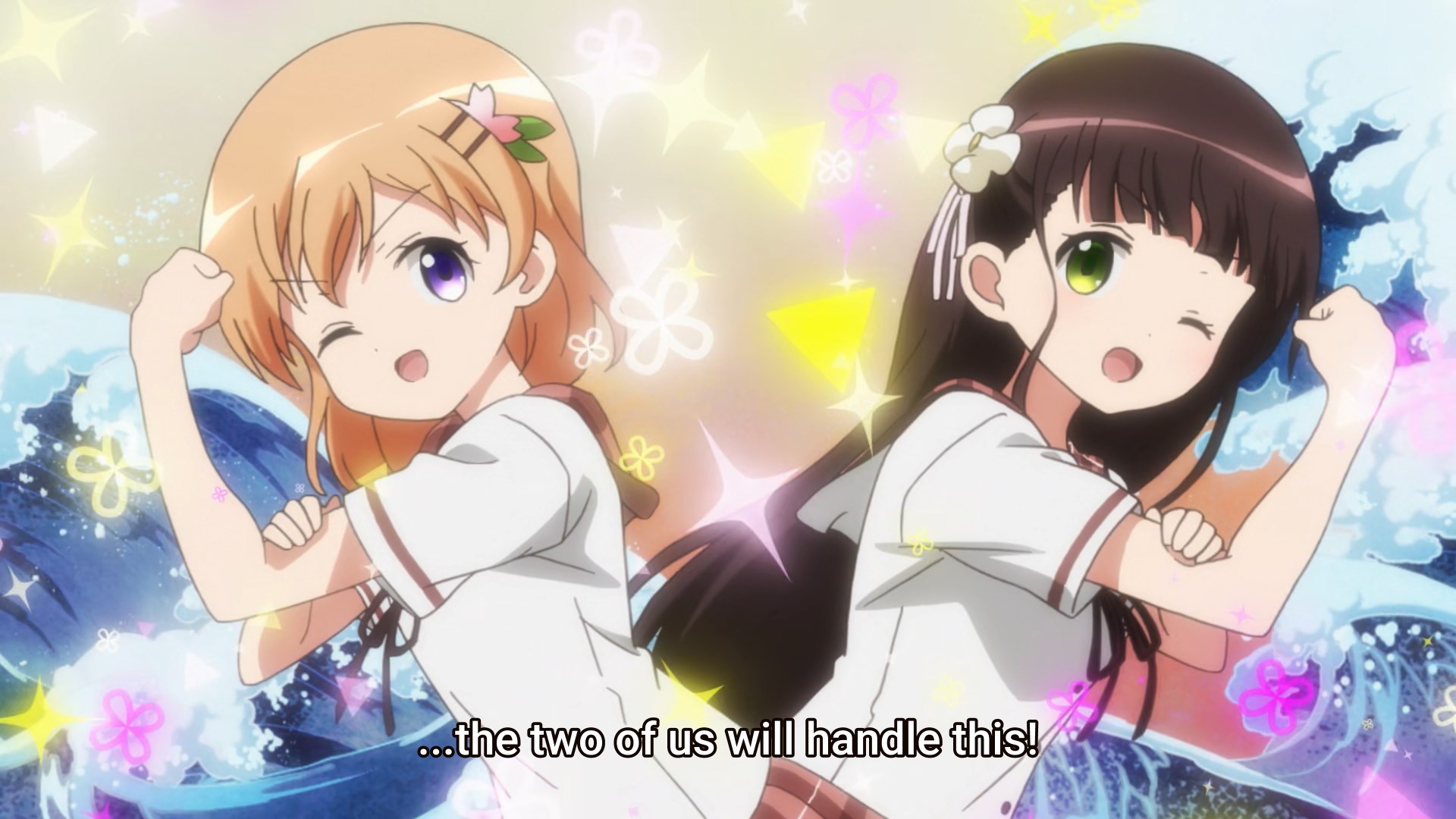 Meanwhile Cocoa and Chiya were chosen to lead their class in organizing a cafe for the upcoming school festival. The rest of the class were wary of their future with these two at the helm. Afterward the pressure began mounting for Chiya.

Worry not Chiya. Cocoa’s there for you.

The next day we joined Chino and Maya joined Megu to check out the “hoity toity” school. We began with an enrollment speech by Rin Mate, aka ABM’s assistant. She talked about the great potential in joining the school, more importantly the benefits of meeting new people and it potentially changing your life for the better. Fans of a certain ship probably lost their minds. However, that’s not the important part.

This was. You know you really want ABM’s sweet ass lass. Don’t deny it. 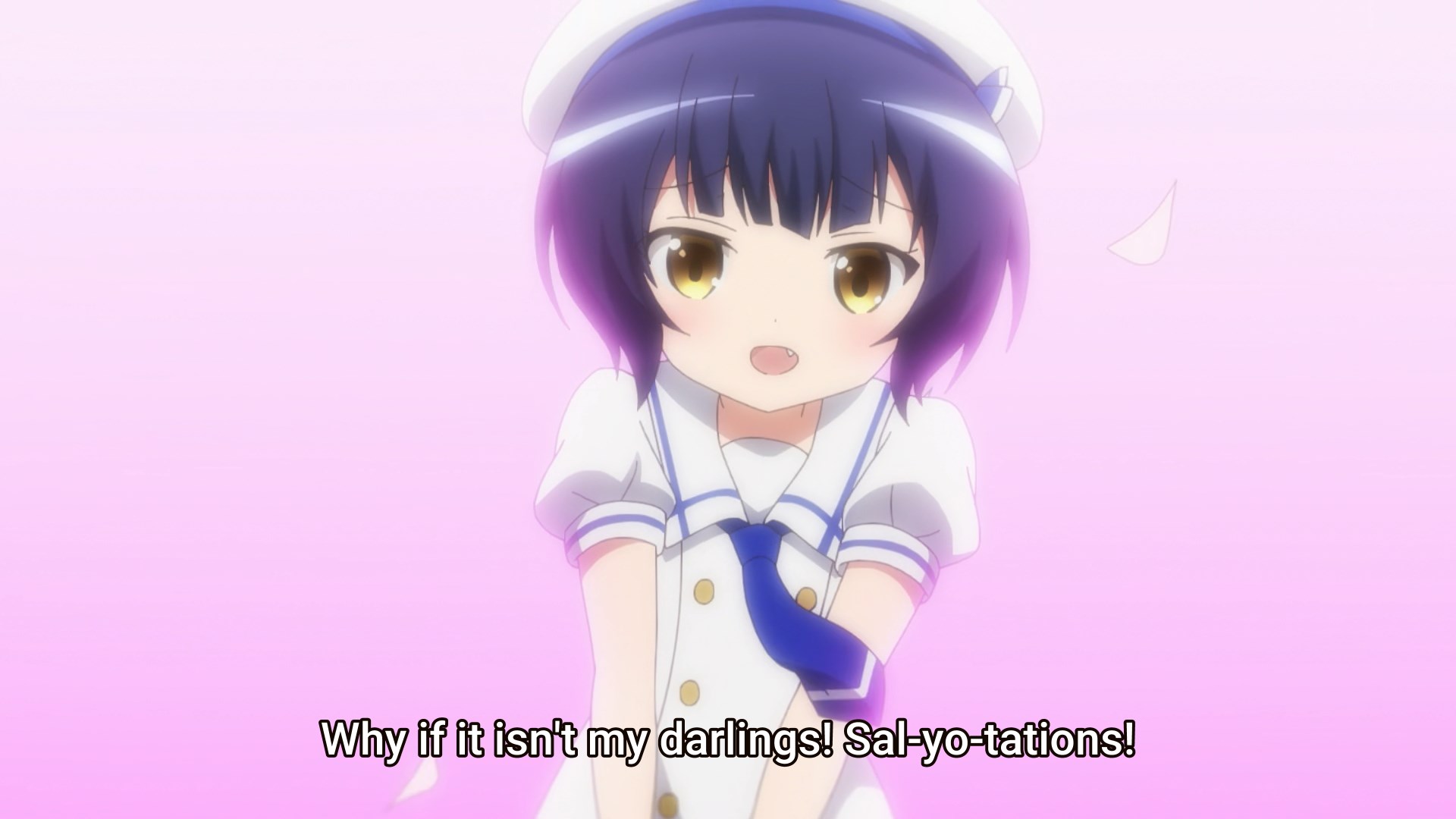 Maya fans probably went bananas. Chino and Megu’s reactions to Maya’s ojou-sama impression was as splendid as the impression

We’ll skip the awesomeness that ensued after Megu went to look for a restroom because words cannot do it justice.

What I’ll say before we get to the next important part was I hope we get to see more of the girl in the middle. She’s lovely.

As mentioned earlier Megu wanted to apply for the “hoity toity” school but Maya wasn’t too keen on it yet she wanted to stick together with the posse. Throughout their adventure Maya realized the school was cooler than it seemed. She even revealed the teacher recommended the school to her. Basically she’s a “smarter than she looks” girl to the shock of Rize. They scolded her for keeping secrets from them but forgave her and got a some payback at the same time. Maya and Megu agreed to enroll in the same school but Chino was undecided still.

Good stuff once more. Nice to see the 3rd season expanding beyond the cafes. Join me next time for more Coffe Bunny fun.

PS: Don’t ask me why “Sex Museum” was an option.

10 Responses to Is The Order a Rabbit? Bloom Episode 3: ChiMaMe’s “Gokigenyou” Adventure