When we last left our heroines Konomi had joined the Sport Climber Club and to her surprise Captain Sayo wanted to enter a competition the very next day. Let’s see how she did.

We started off with an introduction to one of the “Elite Climbers” as I will refer to them as, Anne. She specialized in speed climbing. It was quite the sight.

A better look at Jun when she’s not on the battlefield blessing us with her physique.

Another Elite Climber, Iwamine the Tarantula. Reminds me of a certain other enormous creepy hottie who plays mahjong but less huge. Yes, mahjong girl is bigger. Looks like she may be Nonoka’s rival.

We were then blessed with a preview of Nonoka’s technique. She made up for her short stature by being very flexible. #SpiderGirl. No wonder Iwamine’s her rival. Spider vs Spider.

We didn’t get to see much from Captain Sayo but based on Jun’s description and her sharp mind at work she’s most likely a “total package” type who is good at multiple styles. Konomi felt a little intimidated in the sense she was a rookie in a team of Top Class Climbers. She felt in her mind she had to live up to their expectations.

This girl’s “encouragement” made things worse. Maybe it was from watching anime for so long but I could tell long before her true nature was revealed she was a bad kitty.

She focused too much on making a good impression and approached the wall differently than she normally would and it cost her. 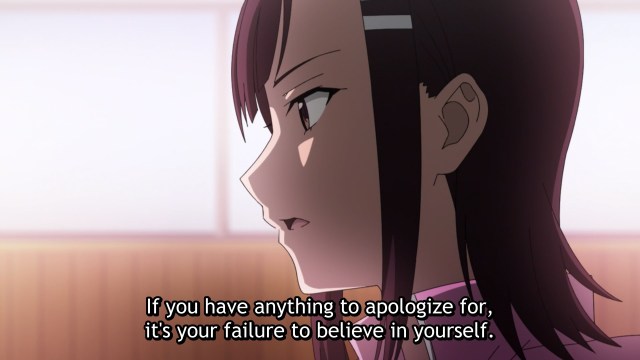 Jun noticed the bad kitty nearby and had a feeling she knew what happened. She cheered up Konomi the only way she could, by teaching her a helpful technique and telling her to “Focus on doing things her way and not let others get to her”. Jun got a Heart Point with Konomi. 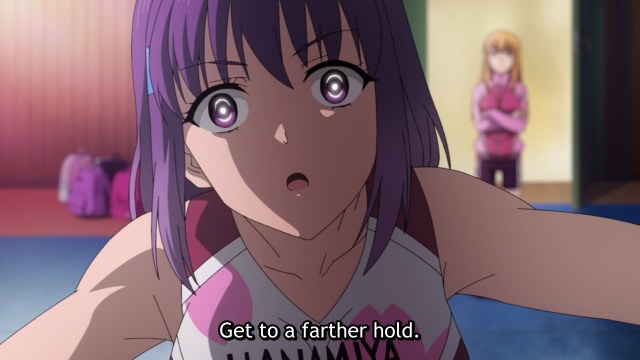 She was ready for Round 2 and although she didn’t reach the top she fared much better than not only her first attempt but Bad Kitty’s too. Speaking of Bad Kitty. 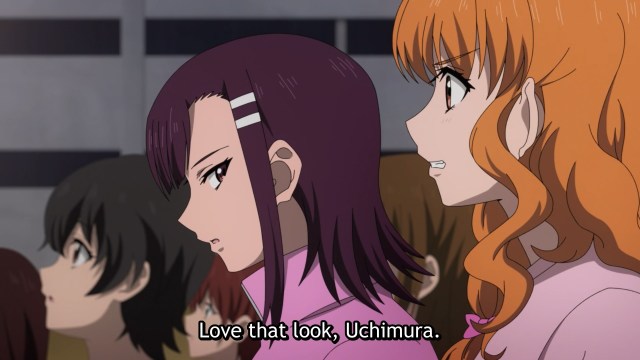 Jun sat next to her as they watched Konomi climb. She guaranteed “the look” from Bad Kitty. The “This newcomer whooped my ass!” look. We got BK’s brief backstory. She worked her ass off to be a great climber but then Jun, a newbie at the time, showed up and accomplished what she couldn’t in record time. From that day she swore to break down every newbie that got in her way. After giving “the look” Jun wanted to see she was like “That’s enough punishment for you. But I warn you. Mess with my girl again and you’ll be sorry”. Technically she said her team but we know she meant Konomi. Things went from bad to worse for Bad Kitty when she got caught in a certain giant’s web. 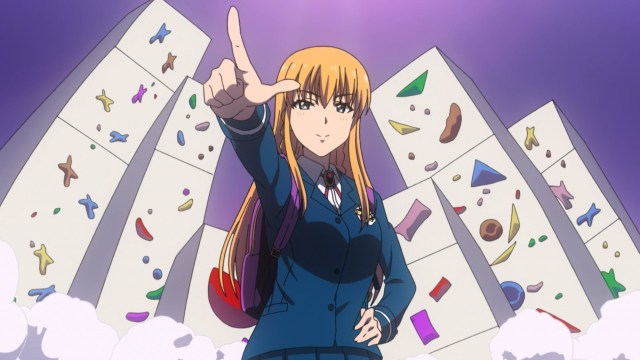 After the competition ended our heroines gathered to help Konomi reflect on the tournament and whether she wanted to continue. Captain Sayo then shared her dream of leading her team to World Championship gold and turn Sport Climbing into global phenomenon. Konomi, like Nonoka, thought Sayo was getting carried away but she admired her enthusiasm and was more motivated to improve herself and make her team proud. Konomi did very well and could have potentially completed the course but she needed more muscle training.

We were then blessed with a roll call of the Elite Climbers: 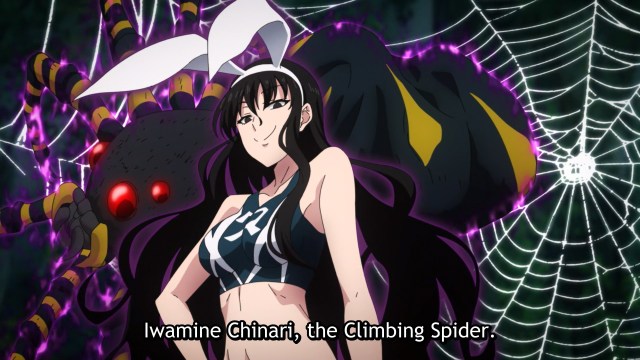 Take a wild guess which climber had me crying and drooling. We ended the episode with what will hopefully be our heroines’ battle cry.

Yuri and Slice of Life are my anime passion.
View all posts by OG-Man →
This entry was posted in Episodic Anime posts and tagged Episode 2, Iwa Kakeru! Sport Climbing Girls. Bookmark the permalink.