I used to report games with potential yuri content one by one but several are announced or released so why not continue compiling the titles I notice here and there. With that out of the way here are even more yuri games.

Other recent yuri game news posts can be found HERE and HERE. 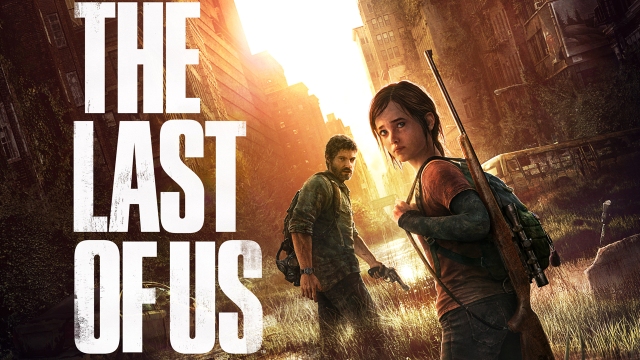 I know this is from the first game but you know what I’m referring to.

The Last of Us Part 2 is now available.for purchase physically and digitally. It being the current “IT” game on the internet I highly recommend staying away from all social media sites lest you want to get bombarded with spoilers, because internet. Naturally all spoiler discussions here will be deleted.

Next is a Kickstarter project titled Your Story by Gameload. Basically “plreaders” (play-read) can follow different story routes and make the story whichever one they want it to be like of the ones available. Besides the main yuri route, Raven the Dark Elf, there will be a few more.

Your Story is a Visual Novel that takes place in a fantasy world. You will become a guide to a young half-elvish girl named Lia, who is a somewhat lost girl with an unclear future. She spends her entire life helping her parents run one of the most popular taverns in the kingdom. She will need your help to move her life forward. Your decisions will guide its narrative in various possible ways. The most crucial elements of the storyline are your own emotions – we want to bring forth even the most extreme and controversial ones. You’ll experience a mix of joy, sadness, love, regret, and even terror.

You will lead the plot to both the brightest and the darkest corners of your own mind by making decisions in accordance with your own conscience.

That’s the idea behind Your Story.

Over the mountains, across the sea, in a yet undiscovered land lies an island full of glamorous creatures. Proud elves, hard-working dwarves and noble humans scattered across the province. An immense arcane tower lies in the heart of the island, looming over the people. Legends say its power is the only thing holding back the dark forces seeking passage into our realm.

King El-Roh, our ruler, lives in the capital bestead in the south. The one and only road leading back from town diverges into three paths, each taking you into different part of the kingdom. But that’s not what matters most. At the Crossroads, there is a tavern. Not just a plain lodge, like many others. It’s the “Erba ‘Modi” tavern – this land’s best-known inn! Mainly because you can’t miss the thing whilst going to the capital, but the booze is terrific too! You can take my word for it! The tavern sees a whole lotta plain folks and quite a great deal of nobles stopping on their way to or from the capital.

And in the very heart of this clatter is our Lia – a charming half-elvish girl, who’s just sick of all this.

This next one is a bit iffy. It is a Queen Simulator similar to Long Live the Queen (Though this one originally came out 7 years before LLtQ) and an Otome game, meaning there is at least one yuri route. Palais de Reine, produced by KOGADO Studio (Nurse Love series and Yumeutsutsu) and published by Degica Games.

The player acts as the young princess of a kingdom who never expected to ascend to the throne. In the last year, her father died, and her older brother went missing. During the coronation ceremony, some of the leaders of the 12 provinces in the kingdom say they don’t believe she can lead the country, and refuse to give their allegiance.

The aim of the game is to win over enough leaders over a year to be accepted as the kingdom’s ruler. This can be accomplished through different ways, including sending gifts, having your knights challenge the leaders to jousting competitions, and trying to assassinate them. You must also keep your kingdom fairly prosperous and quell civil disturbances and unrest.

While doing this, you can also ‘romance’ characters, including the 12 leaders and your knights.

The interested can get the game with a premiere week discount on Steam HERE. 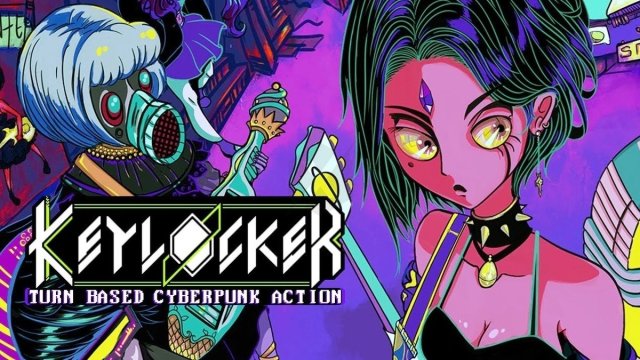 From the creators of the excellent Virgo vs The Zodiac comes their next project that promises to be as awesome, insane, retro, challenging, and feature cute yuri goodness. This time we are getting a “rhythm game RPG hybrid”. It’s Keylocker, by Moonana Games.

| Saturn, Anno 801. || Music is banned for 141 years now. |
B0B0 is one of the Doppelgangers, twins born as perfect human beings fit to obey the purpose of the caste they were assigned to. Her purpose is to serve in the lowest caste for the prosperity of Saturn, but B0B0 doesn’t quite agree to that. Amidst a revolution against the Saturnian Satellites, the ultimate form of law, B0B0 hears news of a newfound music robot that’ll fit right in her illegal band as a drummer. Rebelling against the corrupt system using music is the only thing she knows how to do well and she only needed a drummer to join her pack of misfits. With every piece in place, she’s out to break some laws, and discover the truth behind the essence of music, the Keylocker.

No release date yet but the interested can wishlist the game on Steam HERE.

Now for the main event. 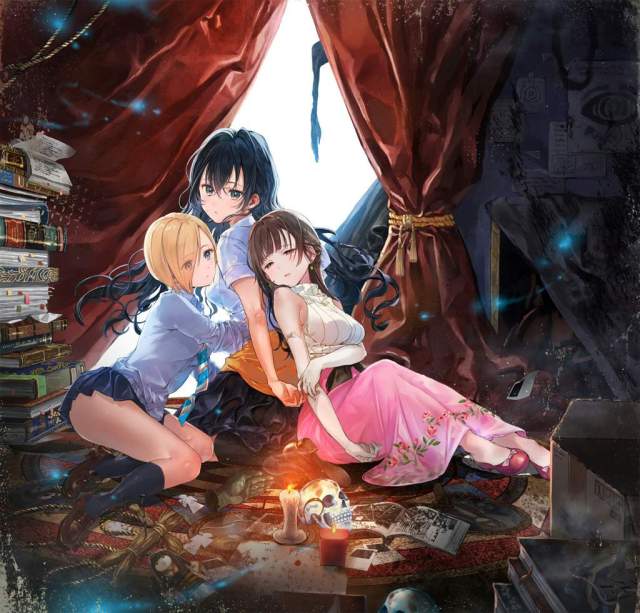 The highly touted Sukera Sparo game (Expression Amrilato and OshiRabu) Folklore of Kudan (possibly renamed to The Curse of Kudan in the West) will be getting a Remaster with 1080p screens and multi-language support, including English!

There’s a rumor going around about the urban legend known as “Kudan.”

They say that it takes the form of a woman in mourning dress,
her face covered by a black veil, her right severed at the wrist…

Feelings start to bud between student Sakuya Kudan and culinary teacher Touko Shima
after coincidence brings them into one another’s orbit.
However, their peaceful everyday life is abruptly shattered when Touko sees Kudan, the harbinger of calamity.
The hours tick down as Sakuya rushes find a way to combat the curse,
and her search brings her to the academy’s Occult Research Club
and its president, Koto Ashinaki.Now she must face off against the unknown in order to protect the people she loves…

No release date yet but since it took nearly a year for the English translation of Yumeutsutsu Re:Master to finish I suspect Folklore/Curse of Kudan to require a similar amount of time.

To learn more about the story and cast visit the English Kudan homepage HERE.

Yuri and Slice of Life are my anime passion.
View all posts by OG-Man →
This entry was posted in Yuri news/topics and tagged Degica Games, Folklore of Kudan, Gameload, Keylocker, Kogado Studio, Moonana Games, Naughty Dog, Palais de Reine, Sukerasparo, The Last of Us, Your Story. Bookmark the permalink.