My Life as a Villainess Impressions

Okay. So because of COVID-19 most of the Spring 2020 shows (which already weren’t many) I picked up were postponed. I planned on saving this show until my reliable recon team returned with favorable opinions. They’re already giving it high praise so I figured “Eh. What do I have to lose?” and jumped in earlier than planned. These are my thoughts after watching the first four episodes. 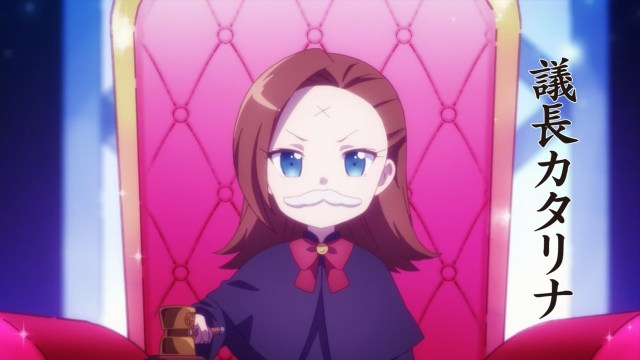 Right off the gate my favorite parts of the show are the inner mind meetings.

So the show follows an unnamed heroine who was an otaku in her past life and liked otome games but one day when late for school she rushed into traffic and met our old pal “Isekai Truck of Doom” off screen. Thanks to our other friend “Anime Logic” she was reborn as the Villainess of her favorite Otome game, Fortune Lover, Catarina Claes, a stuck up snobbish bully. Regardless of who players romanced there were two fates awaiting Catarina. In the Good End she is exiled and in the Bad End she’s killed. Catarina’s goal is to do everything in her power to avoid all Death Flags by maintaining balance and not have the game protagonist, Maria, hook up with any of the guys, especially not her fiance Geord.

The show began with a flash forward of Catarina entering the gates of the magic academy Fortune Lover was set in. We would join her there near the 4th quarter of episode 3. The first 3 episodes followed a young Catarina meeting the four male love interests of the game and the girls close to them in some way. We of course shall be focusing on the ladies but first my quick thoughts on the guys. 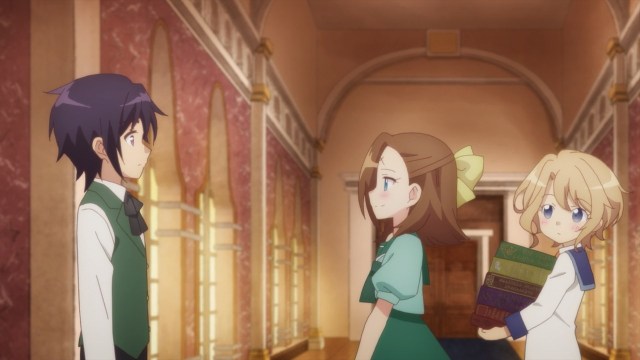 Longtime fans of mine know I love awkwardly long moments of silence. This scene was no different.

My favorite is the boy/guy on the right, Catarina’s adopted brother Keith Claes. In the game he’s forcibly locked away from the world till the the time came to join Catarina at the academy. He became a playboy because of it. Thanks to Catarina’s mission to avoid dem flags her first course of action was to ensure Keith wouldn’t be locked away. Thanks to her badassery and kindness Keith’s currently her guardian and a closet siscon. Similar experiences happened with two other guys. The only one I didn’t notice many changes was Geordo. Only difference seems to be him not wanting to break off the engagement as easily compared to the game, I think.

Point being her interactions with the boys during her youth are hilarious and the awesomeness appears to continue at the academy.

NOW we can focus on the girls.

First up was Mary. Put simply she’s the shiest of four sisters. Her mother passed away leading to her dad marrying another woman. Her stepmom and sisters treated her horribly. The one source of comfort she had was flower gardening. Coincidentally Catarina’s backup plan in case she failed to stop Maria from hooking up with one of the guys leading to her exile was to start a farm. She was adept at Earth Magic so that’s where the idea came from (That and her past grandma). At the tea party Catarina was amazed by the garden and found Mary alone. She asked her to introduce the family gardener and to her surprise it was Mary herself. Mary was mocked for it but Catarina praised her so much she gained newfound confidence and spent most of her time visiting Catarina and talking about her. 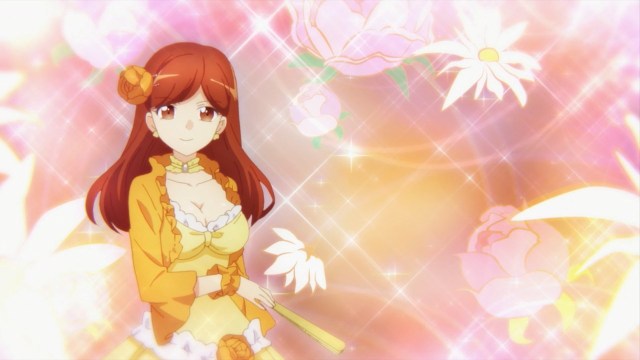 Next up is Sophia, a beautiful girl who’s called cursed because of her white hair and red eyes. Naturally Catarina praised her for those very features. Plus she’s a hardcore fan of romance novels like her, thus finding a kindred spirit. 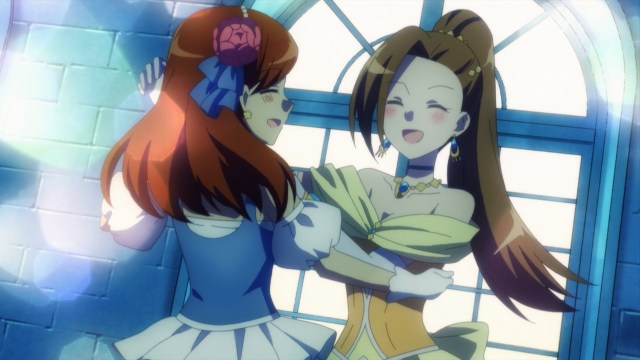 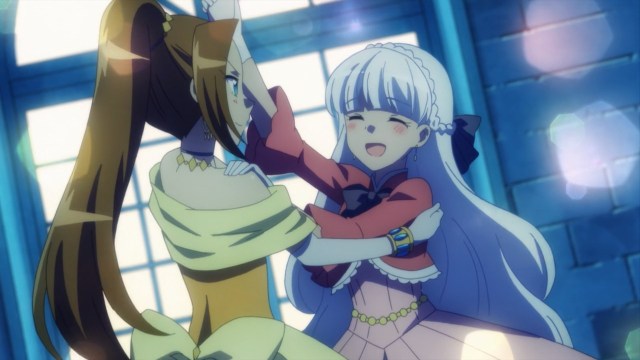 Fast forward to the aforementioned 4th quarter Mary and Sophia were jelly Catarina only danced with the guys, each wanting a turn. Mary practiced both male and female dance moves for this moment while Sophia’s love of yuri novels grew stronger since befriending/falling in love with our heroine. Currently Mary is the less subtle of the two in their pursuit without being blatant about it. Readers will get what I mean when watching the show.

Unlike in the game Mary prefers “hanging out” with Catarina over Alan.

Of course the protagonist of Fortune Lover would be a yuri route. One of the most important events that opened Geordo’s route was about to take place but this time with Catarina.

In the game there’s a moment Geordo learned of Maria’s sweets and wanted to try them. On her way to meet with him she was confronted by bullies led by Catarina and Geordo ran them off. Now switch Geordo with our Catarina and you have Yuri route #3.

The funny thing about all the ways she got the girls to fall for her was they were the exact ways the guys wooed them in the game. Even her trademark tree climbing was something she picked up from Maria in the game.

Why am I enjoying this Otome harem despite it not being all yuri (It’s more of a bisexual harem. Catarina is obviously subconsciously bisexual deep down, preferring girls)? Because it takes familiar het harem tropes and makes them hilarious. Even the token protagonist’s obliviousness I find quite funny here. Catarina’s an excellent harem lead. It’s 50% female lead bias and 50% her being a great character. The show is really funny and charming. I want more. Hopefully this and Tamayomi won’t fall victim to that damn virus.

Yuri and Slice of Life are my anime passion.
View all posts by OG-Man →
This entry was posted in Episodic Anime posts and tagged All Routes Lead to Doom, Episode 1, Episode 2, Episode 3, Episode 4, Hamefura, My Life as a Villainess, Otome Gēmu no Hametsu Furagu Shika Nai Akuyaku Reijō ni Tensei Shiteshimatta…. Bookmark the permalink.

22 Responses to My Life as a Villainess Impressions