When we last left our heroines they were introduced to one of the Magius themselves. It was someone Iroha knew quite well.

As we recall Rie Kugimiya (Touka) introduced herself as one of the Magius. Iroha couldn’t believe it. She tried asking about Ui but Rie didn’t seem to remember her either. Not sure she’s lying (yet). The lecture began (Insert self-humoring Drew Gulak joke here) with the basics of Mahou Shoujo. The contract, their objective and instant death via destroyed Soul Gem.

Meanwhile Momoko was about to tell Rena the truth regarding Mahou Shoujo when Kaede returned. Rena rushed over to her girlfriend and was like “Stop leaving me already” and Kaede assured her she wouldn’t do it anymore in a creepy tone. We have a good feeling why. She asked Rena to listen. 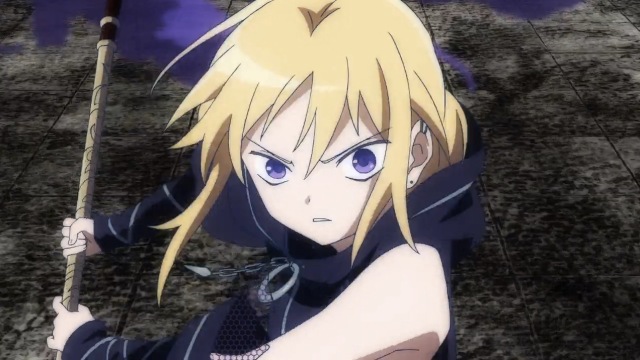 Back to the lecture. Everyone was knocked out. We joined Iroha watching a memory of Yachiyo, Mifuyu and the above blonde Kanae fighting the Doodle on top. It was really tough. Kanae fought it head on and beat it but alas her Soul Gem took a nasty hit. You can all guess what happened to her. 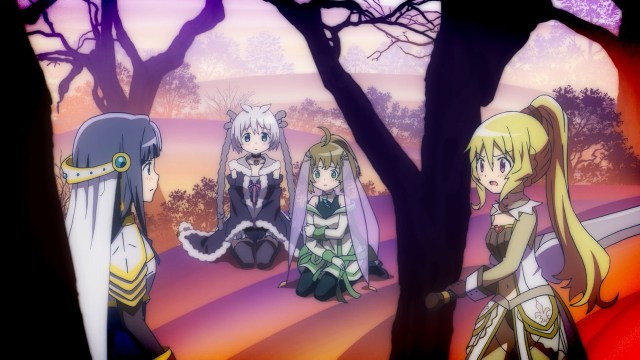 Yachiyo and Mifuyu grieved over Kanae’s loss. More girls joined them at the dorms. They were able to calm down…until they faced another tough Doodle. Mel, one of their new friends, was hurt. Yachiyo had Mifuyu and Momoko take her to safety while she battled the Doodle. She had a tough time alone so Mel threw caution to the wind. 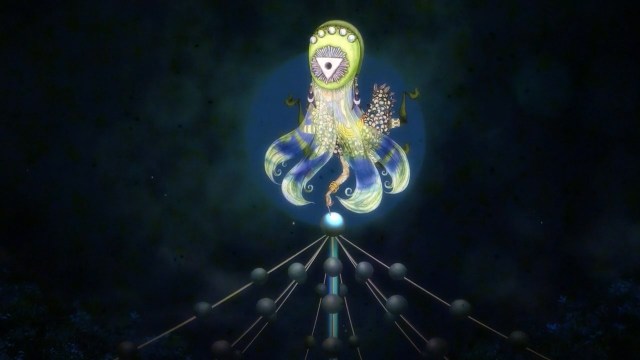 It didn’t end well for her…

Mifuyu about to become a Doodle.

Half a year had passed since Kanae and Mel’s deaths. Momoko chose to endure the pain whereas Mifuyu had reached her breaking point but as she’s about to be consumed by grief…she somehow resisted, purifying her Soul Gem without Grief Seeds.

Rie Kugimiya named this discovery “Doppel”. We’ve seen some Doppels here and there. That’s Rie Kugimiya’s plan, to help Magical Girls control their inner Doodles and turn them to Doppels instead. Obviously there are holes in Rie Kugimiya’s master plan. Yachiyo will have something to say when she catches up with her wife and family.

Rena taking in the information.

On the other end Rena was devastated by the revelations. Kaede was like “Come with me. Let’s join the Magius”. She didn’t mention the Magius but clearly that’s what she’s referring to.

The episode served as a refresher for longtime fans of Meduka Meguca and a somewhat shocking reveal for newcomers. Heard somewhere the show is 2-cour. If it’s not look forward to the G-View next time.

Yuri and Slice of Life are my anime passion.
View all posts by OG-Man →
This entry was posted in Episodic Anime posts and tagged Episode 12, Magia Record, Puella Magi Madoka Magica. Bookmark the permalink.