The debut title of Sukera Sparo‘s sister company, Sukera Somero created quite the buzz upon its unveiling among the Yuri Empire. The wait was not long but it sure felt like it. Fortunately it had come to an end. Question now is whether this charming looking romantic comedy was worth the anticipation. Let us find out as we take a look at OshiRabu: Waifus Over Husbandos.

Plot Summary: Akuru Hayahoshi is an office worker in her mid-twenties obsessed with a bishonen (pretty boy) character. She is willing to purchase as many items as possible with his image on them. Unfortunately she does not have the best of luck, especially at a certain gacha game. Her careless spending was about to lead her to ruin. That is until she met a beautiful college student named Ren Futurachi with great luck who offered to help her with her gacha draw. As soon as she drew the card for her Akuru, in hyper fangirl mode, proposed to the bishonen. Ren thought Akuru proposed to her. Thus began their cat and mouse game. 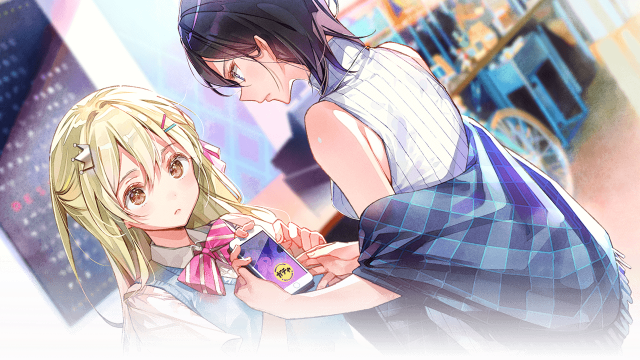 OshiRabu is a romantic comedy about a beautiful otaku obsessed with her favorite anime character and the girl who fell in love with her at first sight doing all she can to convince the otaku she is superior. There are various funny moments throughout the story from Ren’s various attempts to get Akuru’s attention, Akuru gushing or daydreaming over the bishonen and Akuru’s best friend Shino having a ball with the situation once she got the gist of what was going on. Besides the delightful chase and ensuing shenanigans there are some serious moments and topics, as is to be expected in various anime comedies. Without giving much away Akuru had not yet “seen the light” when Ren made her first move. What makes it interesting is that Akuru does not oppose the idea because Ren is a woman, rather before being pursued by her she had not given the possibility of finding love with someone other than her husbando much thought. It did not cross her mind basically. The longer the two spent together, the more Akuru pondered about the possibility (so long as the right choices were made of course).

At that moment Akuru started taking her predicament more seriously.

Ren meanwhile was like “I want to make this gorgeous woman mine but I need to do it right”. She is madly in love with Akuru but plans her moves carefully. Many of her best moments are her getting jelly. As in several other romantic comedies the story takes a slightly more serious turn while making sure it does not lose its lighthearted tone. Without spoiling anything there is an interesting family dynamic involved.

The presentation is quite good. The backgrounds look nice, the main duo and other drawn ladies all look excellent. Each beauty is sure to wow most players with a fine combination of cute and sexy. The soundtrack is solid with each tune doing their job well. The OP and ED are quite enjoyable though. 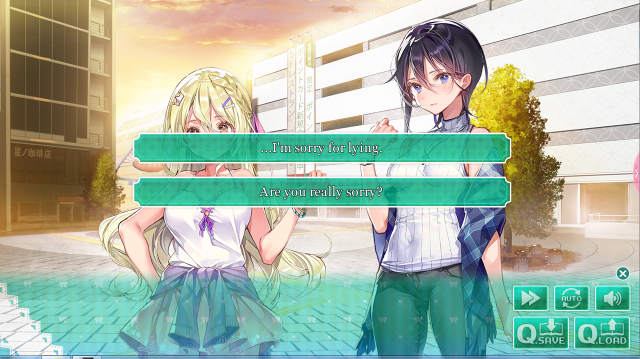 There are three choices in the game.

Like every other visual novel there are choices that will affect which ending “plreaders” (play read) get. It is obvious which ones to pick, making the Bad End a mere curiosity and to complete the CG album.

Speaking of endings. The 18+ Extra Story DLC is set after the Good/True End. In short, it is worth the purchase for peeps who yearn to see Akuru X Ren enter paradise, if you know what I mean. One last thing about the story. It gets bonus points for handling its subject matter better than a certain American movie also starring an otaku character. Some “plreaders” will know which one I referring to.

Overall OsiRabu: Waifus Over Husbandos would make an excellent anime. That already tells readers how much I enjoyed this game. Highly recommended to fans of lighthearted romantic comedies with a definitive conclusion and not force readers to pick up the source material to see what happens next. The characters are all delightful, the presentation very nice and the Extra Story DLC worth it for readers wishing to enter the Gates of Valhalla.

PS: Special thanks to Meru who clearly had a blast translating the game. Common small spelling errors aside it was a wonderful translation.