The episode my darling sister and I were eagerly anticipating had come at last. 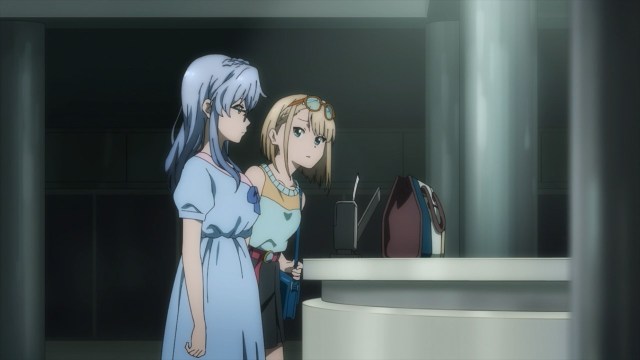 Like last episode instead of saving the character flashback for later we’re prioritizing it once more. So The Wall’s latest decree was another live. Same venue as their first big show but this time it’s a full house. At least I think the capacity is 3000. Nicole spotted Akane getting ready to leave and asked about her time card. Nicole and one of the staff ladies talked about Akane’s seriousness. The latter mentioned remembering something about a girl named Akane Maruyama. 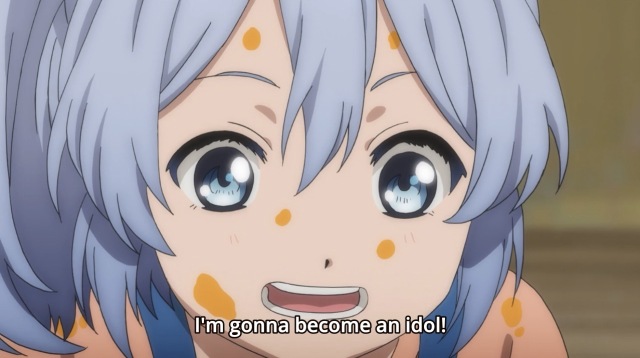 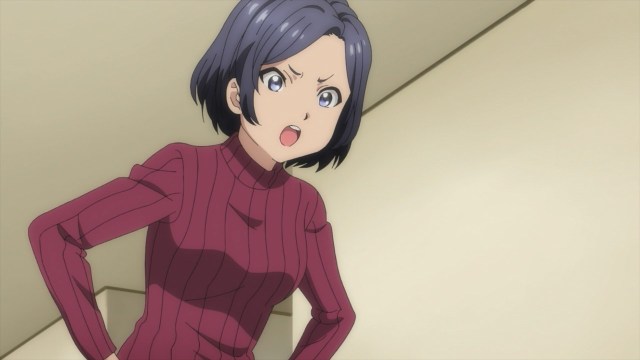 As expected her beauty is hereditary.

Right. Flashback time. Akane’s an aspiring artist relishing the freedom to express herself. Unfortunately for her mom was an uptight stick in the mud, annoying young Akane. Papa was more chill and free spirited.

One day the family went on a camping trip (I think). Papa was ready to be inspired by nature while mom was like “Stay home and wait for us Akane. Don’t go outside alone”. 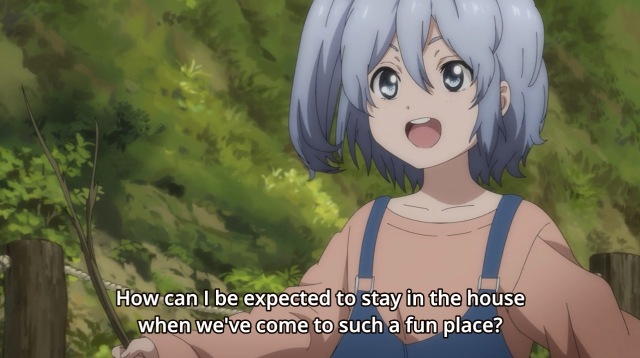 Akane wanted to explore nature too. 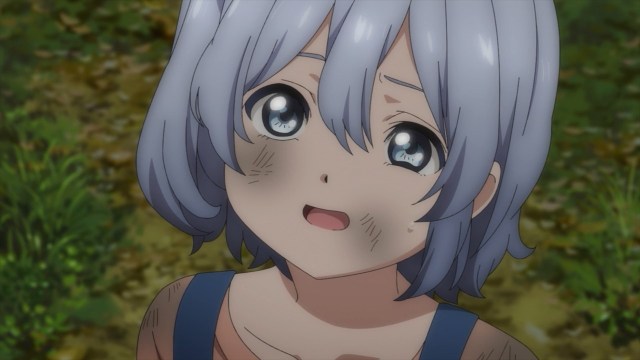 Unfortunately she tripped on an unsafe mountain pathway and got lost. She found shelter in an abandoned cabin. THREE DAYS LATER mom found her. She’s strict but only because she loved her baby so very much.

Unfortunately their relief was short lived. Instead of leaving the family alone the media were obsessively hounding them wanting an interview with the miracle girl. The pressure was too much for the married couple to endure leading to a divorce. Akane left with mom, blaming herself for everything. I blame the media personally. The couple tried keeping it together after Akane came back but the hounding by the press made things worse, unleashing their worst feelings for each other. Something like that.

In any case Akane was like “Never again will someone I care about suffer because of my recklessness. It’s strictly business from now on”. 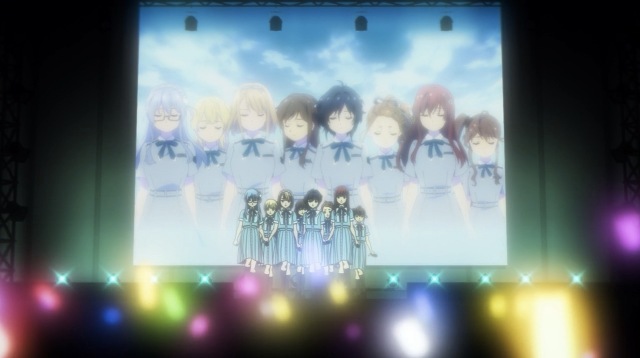 I won’t go into much detail on the preparation and the show. Everyone, especially Nicole, was nervous but everything worked out in the end. There were two very important parts that need mentioning. 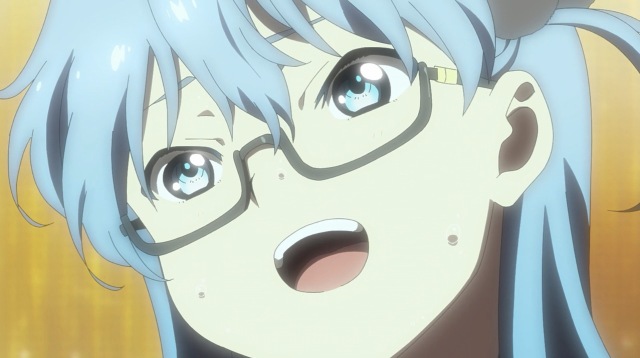 First was the old Akane reawakening. This show and especially the crowd’s thunderous ovation reminded her why she wanted to become an idol. Oh right. While expressing herself long ago the first big dream she had was “I wanna become an idol!”. It appeared Papa showed concern which is why she brushed it off with “I wanna become an astronaut!” This show brought out all those feelings she locked away many years ago. This also explains why we didn’t get a proper “Akane finds a black letter” scene. 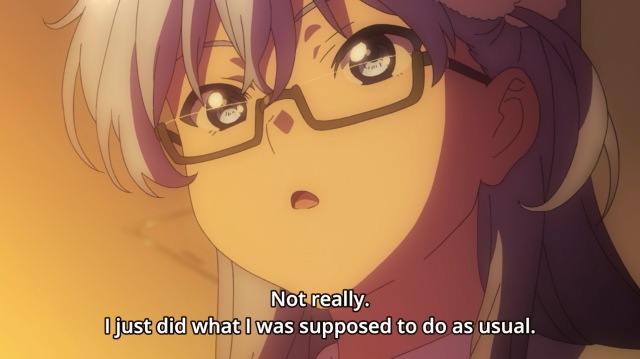 This experience taught Akane something very important. She’s still the gorgeous businesswoman who stole my heart.

But when the cameras, microphones, interviewers and all that “business-y” stuff is nowhere in sight she’s free to let loose. Hopefully she’ll be more open with her friends too. She’s found a perfect balance between business and pleasure instead of the former dominating the latter. 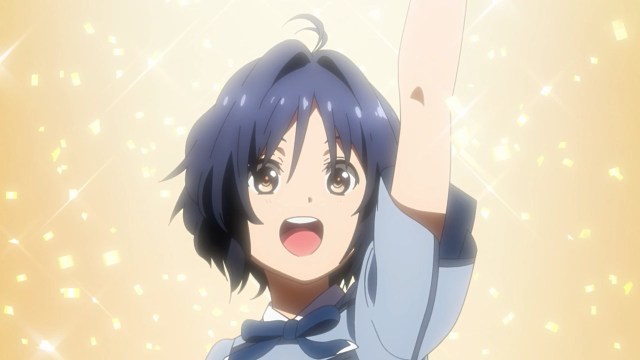 Now for the other important thing. We were reminded more than before that despite Miu patiently waiting for the spotlight to shine on her again (while snuggling with Sakura) she’s still the heart of the group. Her courage and smile greatly motivate the others to give it their all too.

After yet another excellent ED we joined Miu moving out of the house. I’m sure many of us were hoping for “you know what” but actually she and the rest of 22/7 moved to a special apartment building for them.

To summarize, this was a much better “Robot beauty regaining her humanity” story than a certain half-robot wife I’m sure many here are acquainted with. Join me next time as we take a look at Ayaka’s story.

Of course Nicole would be last. She’s the grouch of the group after all.

Yuri and Slice of Life are my anime passion.
View all posts by OG-Man →
This entry was posted in Episodic Anime posts and tagged 22/7, Epiaose 8, Nanabun no Nijyuuni. Bookmark the permalink.