We got to see our lovable heroines show off their respective Geology and Astronomy knowledge, with a wee bit of Astrology thrown in for kicks. 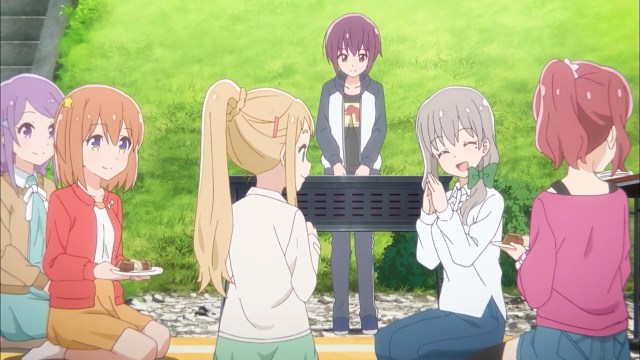 We joined our heroines for an outdoor BBQ as they divided geology and astronomy activities. Naturally since astronomy is a nighttime activity the day was spent studying and gathering cool rocks.

The girls got a visit from Suzu delivering some yummy bread. Her family ran a bakery and she was their mascot named “Moe-Moe”. She didn’t like that nickname thus her current one thanks to Mira. Suzu said the others should get nicknames too. Sakurai became Sakura, Ino-Senpai stayed Ino (as decreed by her soul mate Sakura) and Mari became Monroe because she’s sexy. Mari’s description.

Suzu was about to leave when she took a closer look at Ino. 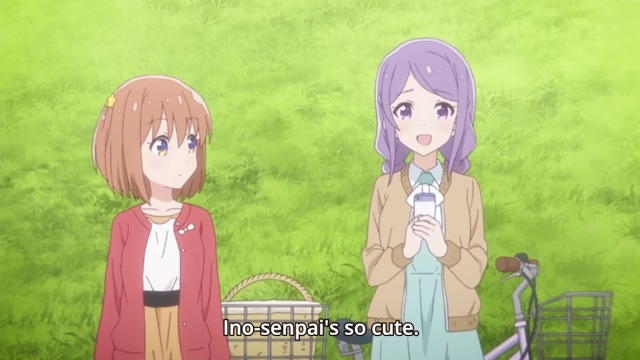 Suzu again showing the world why she represents “us”.

This is the only Suzu highlight I’ll share because viewers need to see the rest. Basically she stole the show, again. 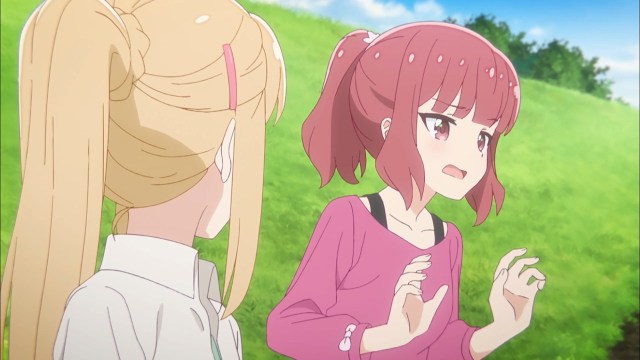 While collecting cool rocks Mari asked Sakura about them until Ao came by and the two went into their own world. Remember, Sakura’s dream is to show the world how cool geology was so she was itching to jump back in and enlighten the two some more. 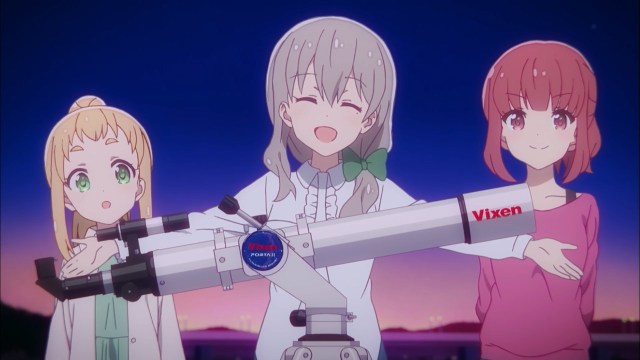 The sun was setting and it was time for the astronomy cuties to shine. Monroe taught everyone how to use the telescope to spot stars, planets and constellations. The important ones were Mira and Ao both being Gemini. 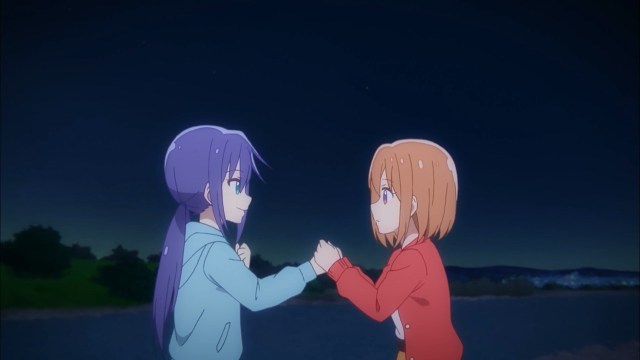 This show is very, very lewd.

Our heroines had another precious moment.

The next day our lovable club planned the first issue of the Kirakira Newsletter. Everyone but Mira had an idea on what to write. 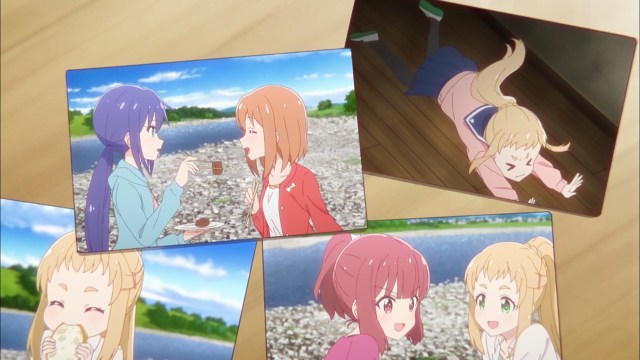 Monroe’s photos. There are several reasons why these photos are important.

Back to the plot we were introduced to Mira’s sexy onee-chan Misa, who was the seiokaichou. Misa tried giving her constructive criticism but she had trouble saying it in a helpful way. 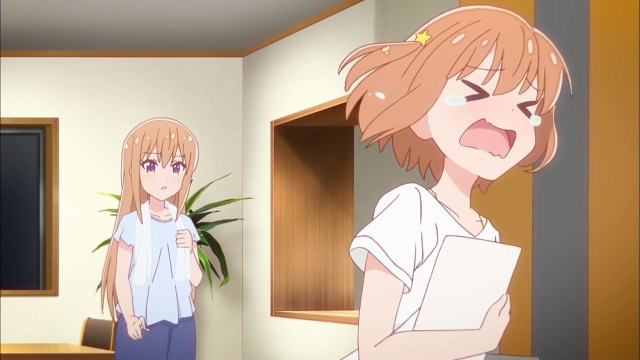 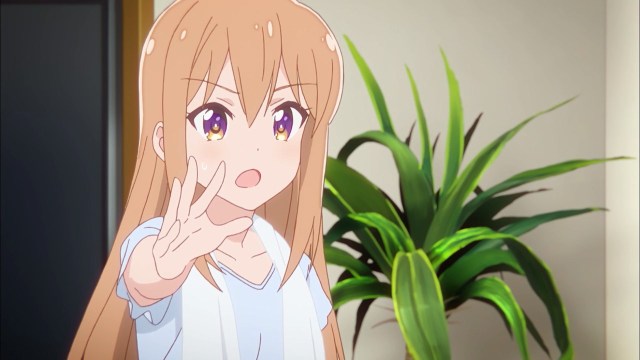 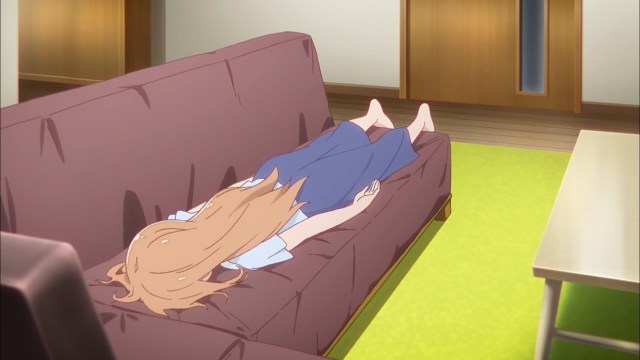 Yeah. Misa’s awesome too. Luckily it wasn’t the last we saw of her this episode.

Thanks to Suzu and Ao Mira found an adorable solution. 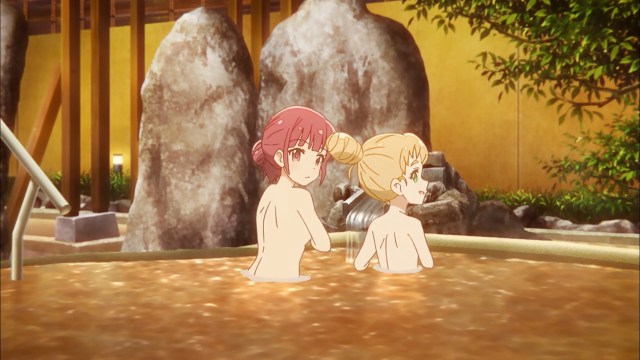 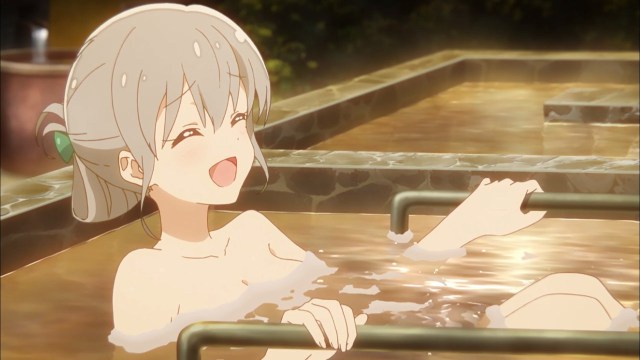 We need a gif of Monroe in the onsen.

Yuri and Slice of Life are my anime passion.
View all posts by OG-Man →
This entry was posted in Episodic Anime posts and tagged Asteroid in Love, Episode 2, Koisuru Asteroid. Bookmark the permalink.