This was a nice episode for a different reason than expected.

I don’t blame Anne for being aroused in this scene at all. Wow was Grea beautiful. Even more than usual. 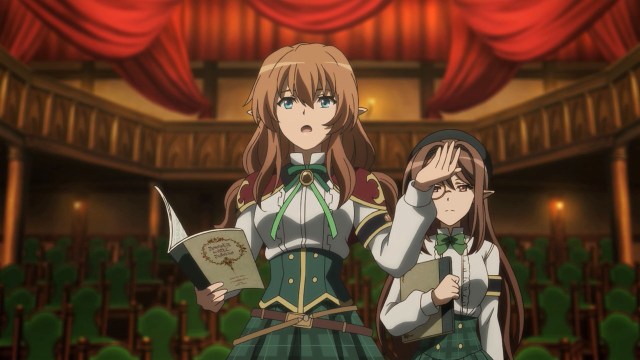 Hanna and Poppy in charge of the play.

Not much to say this time. It’s the traditional School Festival episode. We got brief glimpses of the stands and stuff along with the students participating in the upcoming play.

Grea assuring Anne she was alright.

Most of the episode was about Grea being super nervous. She had good reason. Besides her below average social skills she also wasn’t used to wearing elegant dresses…basically a princess who felt uncomfortable dressing like a stereotypical princess. She thought Anne was a better fit for the role. Anne was like “The people are excited to see you in this role. It’ll be alright. You got this babe.” Immediately after Grea said her stomach was hurting, prompting Anne to rush over to her book and find a healing spell. Again Grea was just super nervous.

As showtime drew closer Grea still couldn’t calm down. Anne had a magical idea. It worked.

We got a preview of what their performance would be. I’m pretty sure it was also them reassuring each other through their characters and themselves. Also that preview turned out to be all we got because someone else got the spotlight this episode. 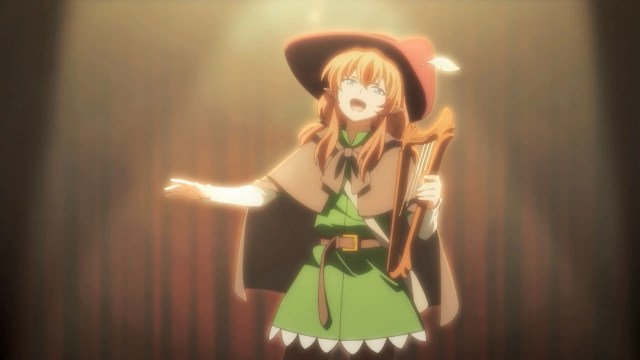 I hope the show has an OST because I want the full uninterrupted version of Hanna’s song. It was SO GOOD! Our heroines were blown away by her greatness to the point that Anne got a tummy ache herself.

The Post-ED scene this time showed Anne, Grea and Hanna the morning of the show. Not much to say there. A simpler episode compared to other recent ones but still quite effective. 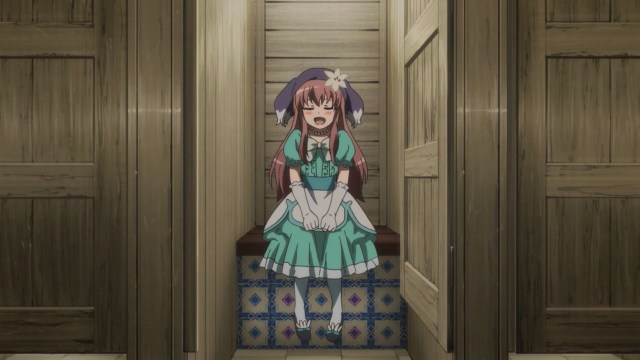 I guess I have a soft spot for couples like these two. I love yuri so much.

Yuri and Slice of Life are my anime passion.
View all posts by OG-Man →
This entry was posted in Episodic Anime posts and tagged Episode 8, Manaria Friends, Mysteria Friends. Bookmark the permalink.

19 Responses to Manaria/Mysteria Friends Episode 8: Showtime at the Academy