Word of warning. People who are itching to complain about BanG Dream 2 being all CG can go somewhere else because I don’t care. I’ve wanted more BanG Dream for a while and I got it. I have better things to do than waste my time reading rants about CG. If it bothers some of you, don’t watch it. That simple.

We kick off the new season with a performance by one of the other bands in the franchise, Pastel*Pallettes. I don’t know if we’ll get their backstory or info on them and the other bands as the show progresses or it’s expected for some viewers to have played “BanG Dream! Girls Band Party” to get the gist on everyone not in Poppin’ Party.

After the prologue and OP we were reintroduced to mascot girl Kasumi and her (hopefully still) “Number One” Arisa. They moved up a grade and became 2nd years at Hanasakigawa Girls’ Academy. Beside them was someone readers who saw the 1st BanG Dream OVA may be familiar with. It’s Rinko from Roselia who was the seitokaichou while Arisa was the secretary. Another Roselia member came to check up on them, Sayo Hikawa. 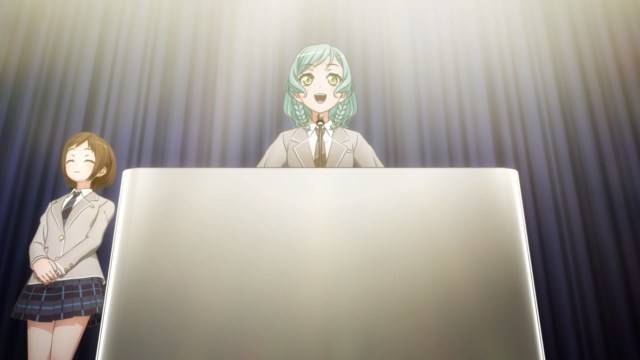 We moved on to Haneoka Girls’ Academy which Kasumi’s imouto Asuka, aka “Aa-chan” enlisted into. There the new students were introduced to their seitokaichou Hina Hikawa from Pastel*Pallettes. I need not state the obvious about these two girls and their different personalities. 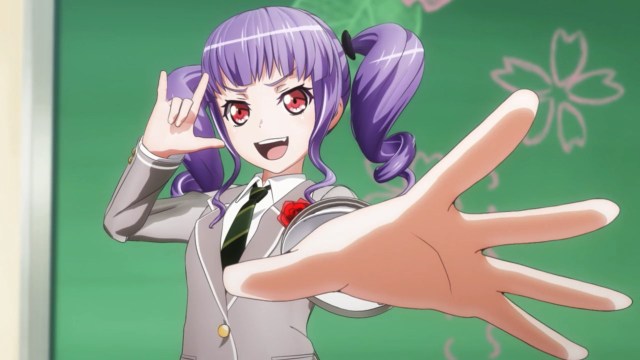 The next girl in the BanG Dream roll call was the third Roselia member Ako Udagawa, the goofy Goth Idol of the franchise (A personal favorite idol archetype). 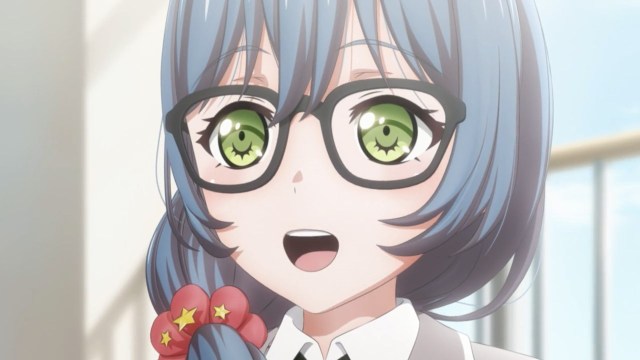 Next is the clumsy Rokka Asahi. Dunno who she is as I haven’t played Girls Band Party myself due to not having a strong enough tablet. (Update: Looks like she’s an anime original character.) We later learn she works at the new Live House the bands I assume will be performing at regularly, excluding special live shows, Galaxy.

Next up were Rimi-rin and Saaya. Rimi’s onee-chan Yuri went to study abroad and poor Rimi felt lonely. Luckily Saaya helped cheer her up a bit. Plus she can always visit the bakery for some double sweets…if you all know what I mean. 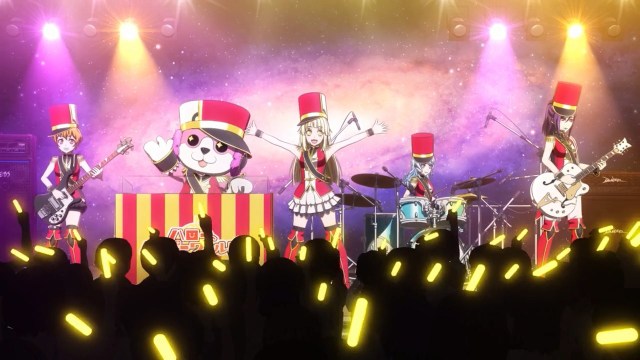 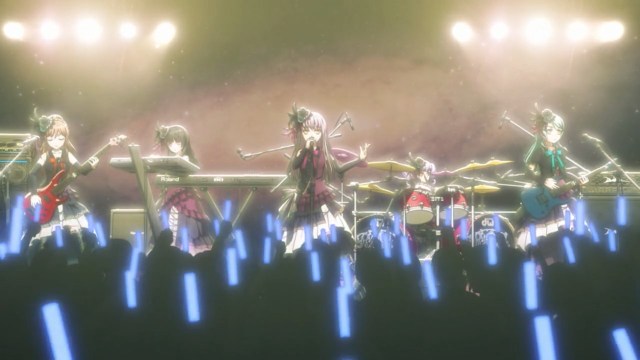 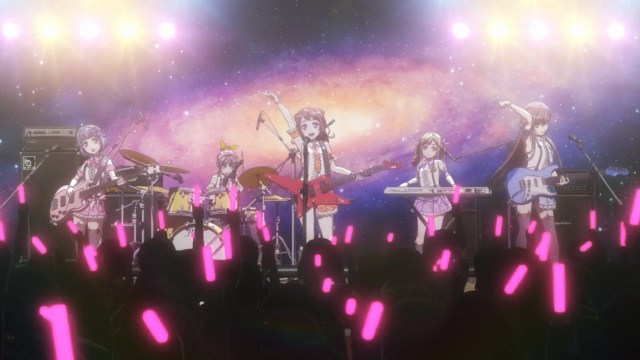 Not much else to talk about as the episode was essentially a “Roll Call” and “Demo Reel” introducing longtime fans and newcomers to the other bands that’ll be joining Po-Pi-Pa in the coming 2 seasons.

Some observations from a newcomer:

-Afterglow and Roselia appear to be super rival bands. All the bands are of course friendly rivals but those two are very similar in styles so methinks they strive to outperform each other.

-Afterglow and Roselia’s drummers are sisters.

-HHW’s Kaoru is a chick magnet as she demonstrated on Rimi. However, she doesn’t appear to be very bright.

-HHW’s Michelle is a grouch under the pink bear suit. Update: It’s more like how Arisa puts up with Kasumi.

The episode ended with Po-Pi-Pa and Roselia announcing their own special live shows.

Now if you’ll excuse me I have to go finish the two Bandori chibi shorts and see what more I can learn about the bands in them. Again I have zero interest in people ranting about the CG.

Yuri and Slice of Life are my anime passion.
View all posts by OG-Man →
This entry was posted in Episodic Anime posts and tagged 2nd Season, BanG Dream, Episode 1, Season 2. Bookmark the permalink.