The day had come for Misha to have her first ever sleepover. She’s pumped but she got was more than a fun time.

We started the episode with a flashback of Misha, her mom and a certain room…

As I said in the intro Misha was preparing for a big sleepover with Mimika. Tsubame of course was there to celebrate with her beloved lady. First funny scene was Misha being like “I’ve been dealing with this crazy lolicon maid for 11 episodes so why bother getting freaked out by her anymore”. Then she saw the surprise welcome Tsubame set for Mimika…Misha will never stop being freaked out by her.

Tsubame wanted to continue cleaning the house thus she hoped 11 episodes was enough to earn Misha’s trust and be granted access to clean the forbidden room. Nope. Misha said she’d clean it herself but the room was far too dusty and she was like “Later gator”. 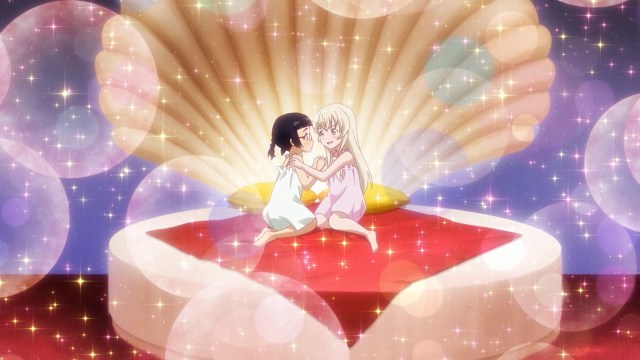 Misha got an extra guest who at that moment didn’t appear to be “home”. Mimika’s description was surprisingly harsh and hilarious.

The writers realized the error of their ways and blessed us with more Midorin screen time this episode.

It seems Misha finally making one of Tsubame’s dreams come true nearly hospitalized her. Misha made sure to remind the writers there’s still one more episode to go.

I’ll include a tweet of Sir Nickolas once again making an Avengers joke as soon as it’s upped.

Later that evening Yui had to “go” and asked Mimika to come along, her being afraid of the dark and all. The first sight they were greeted by was… 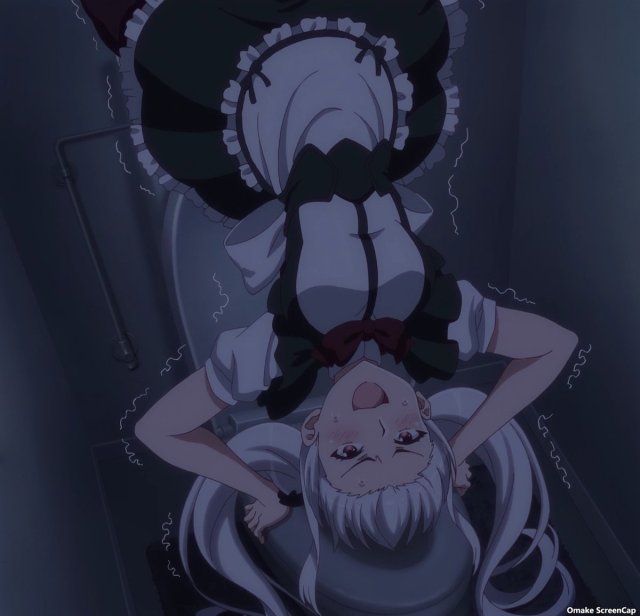 See how much better the show is when our champion gets more screen time?

They had quite the scary evening.

Misha woke up after a mostly successful sleepover when the unthinkable happened. 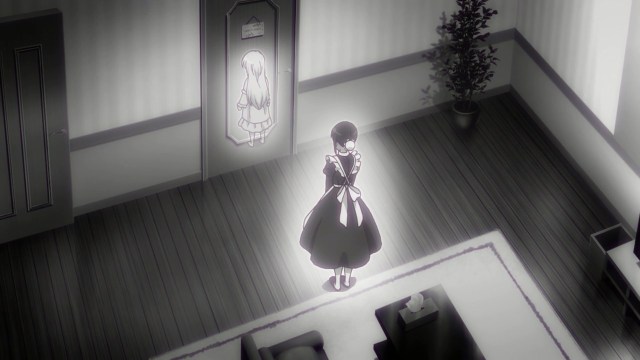 The forbidden room had been defiled.

The forbidden room had been defiled. Tsubame slept outside per Misha’s orders in case of greater dangers than herself. Unfortunately she didn’t notice Yui and Mimika accidentally running into the forbidden room (Again, scary night.). To protect Yui, who previously wanted to take a shortcut inside the house through the forbidden room, Tsubame took all the blame. Misha, too angry to think things through, believed her loyal maid’s lie.

Yuri and Slice of Life are my anime passion.
View all posts by OG-Man →
This entry was posted in Episodic Anime posts and tagged Episode 11, Uchi no Maid ga Uzasugiru, Uzamaid. Bookmark the permalink.