The wait was a long one for this highly anticipated OVA to both come out and get subbed. For the lucky few who got to witness this animated feature live or the luckier few who know how to search or have friends in high places the wait is over. Question is whether the wait was worth it. Let us find out as we take a look at the Kase-san OVA. 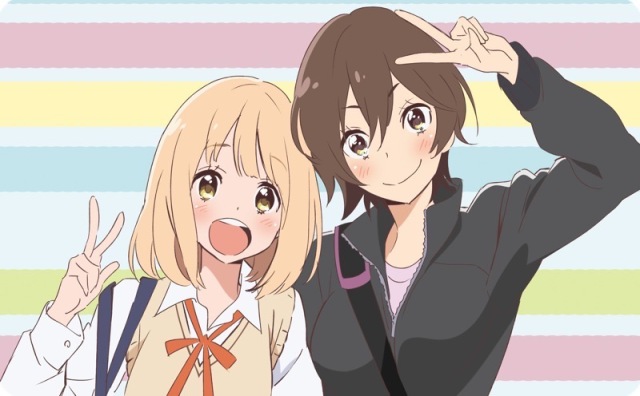 Plot Summary: Yui Yamada, a timid girl who enjoys tending to her school’s greenery, falls in love with the boyish and athletic Tomoka Kase. The two eventually begin dating, and the story follows the pair as they face various challenges in their relationship.

I will get straight to the point. Kase-san is one of, if not the most Shiro (White/Light) of Yuri series that has ever been Shiro’ed. What I mean by Shiro Yuri is a lesbian love story devoid of heavy drama found in Kuro (Black/Chaotic) Yuri: 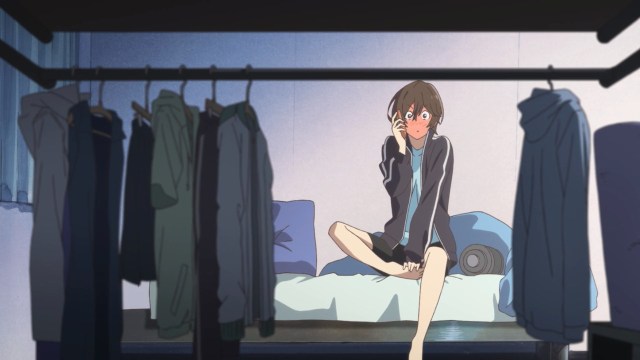 The story is as simple as two girls dating each other and dealing with whatever obstacles come their way. It is the tale of an adorable cheerful gardener who is determined but not confident in her social skills and the super popular athletic beauty Kase-san who, while more social, shares more in common with Kase than she could have ever realized. While I did say there is no drama usually found in Kuro Yuri media I never said there was none in the story. The troubles our heroines face have to do with being in a romantic relationship for the first time. Even the classic “but we’re both girls” pops up but is but a blemish compared to other issues the two must face such as difference in attention and growing physical yearning to name a few. It is about being in love for the first time, said love being reciprocated and what happens next between the two lovebirds as they get ready to face the world together. It is one of those stories that unlike other romances that end once the two leads get together it continues showing what else there is after the first kiss.

The story in the OVA begins around the time Yamada and Kase-san started dating and before the sequel story (Yamada to Kase-san) starts. Remember the magical music video that warmed many a Yuri Nation member’s heart in 2017? That was a very short summary of how they got together. The OVA is set a couple of days after their first kiss.

Update: It has come to my attention that some super fans were bothered the OVA shortened the first part of the story (How the girls got together) and dread it alienating some newcomers. Perhaps it can and did. My take on this is simple: if it motivates other newcomers to the series to pick up the manga and read it then mission accomplished. For viewers not interested in checking out the manga, pity.

As I said above the obstacles the girls overcome are very grounded but understandable. Viewers must keep in mind these two are pure souls who fell in love for the first time, especially Yamada. They have less of idea of what it is like to be in a relationship than someone from a sitcom. Despite that the two do all they can to make their work and grow into something eternal.

Now there is something VERY IMPORTANT viewers need to know before checking out this OVA. It is like watching an “iyashikei” (a tranquil/relaxing story so to speak), meaning there are several moments of silence where one would expect the protagonist to have inner monologues. While Yamada sometimes does have them there are more times the OVA lets silence do the talking. I personally liked it. After all, reading the manga is also meant to be relaxing for Yuri fans who just want cute and fluffy loving.

The animation and cuteness is over 10000.

Speaking of fluffy loving…my goodness. The cuteness and sweetness are off the charts! Reading the manga made me “squee” uncontrollably during several scenes. Seeing some of those scenes animated…my GOD. I swear if we get an anime that covers the rest of what the OVA could not or one that covers the sequel story I do not know if my body could handle such heartwarming cuteness weekly. As readers can tell by reading this the animation is GORGEOUS! It is the same style presented in the music video. Take that and extend it from 5 to 58 minutes…Magical. The soundtrack is best described as scenic. Do not expect anything orchestral or mind blowing…because there is no need. Other than the delightful ED the soundtrack, like the OVA, is soft and calming. Nothing fancy, just simple fluffy loving goodness. 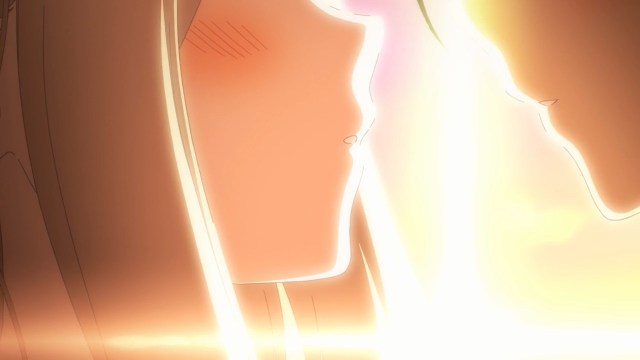 Second favorite scene in the OVA. First is the one right after.

I mentioned the OVA having several quiet scenes. This brings me to my one itsy-bitsy little nitpick. 95% of the OVA is excellent. That is all but the last act. I am not saying it was bad. Far from it. However, from what I remember in the last couple of chapters in the manga the last act could have been done a bit better. Granted the main focus was the same but some stuff that would have been pretty cool to see animated was left out. I understand though. It is a movie that is less than an hour long so the team did the best they could to animate as many great moments from the manga as possible. The last few minutes of the OVA were excellent, hence why I said this was a nitpick. It did not detract from my enjoyment whatsoever.

Overall The Kase-san OVA was fantastic! Totally worth the wait. Manga readers will enjoy seeing several great scenes given more weight thanks to them being beautifully animated. It also aired in the perfect time where the more prevalent shows centered around or featuring Yuri in 2018 were of the Kuro/Chaotic variety. If interested I would say give this one a try. Also if an option to support the OVA in the West becomes available for fans that does not involve importing then I highly recommend doing so if possible. Show Japan that 100% Shiro Yuri anime are just as wanted as Kuro Yuri. Let us hope the movie does well enough to finally warrant a 20+ minute per episode TV anime.

Yuri and Slice of Life are my anime passion.
View all posts by OG-Man →
This entry was posted in G-Views and tagged Asagao to Kase-san, comedy, Kase-san, movie, OVA, romance, Yuri. Bookmark the permalink.