This show immediately caught my interest when I read the plot description that is best summed up as “An anime about beautiful women drinking”. Find out what exactly that entails as we take a look at Takunomi.

Number of Episodes: 12 (Around 11 minutes each)

Plot Summary: Michiru Amazuki is a 20-year-old woman who moves to Tokyo for a new job. She moves into Stella House, a share house for women. Her housemates all have widely different jobs and ages, but as long as they have alcohol and delicious food, everything turns out fine. 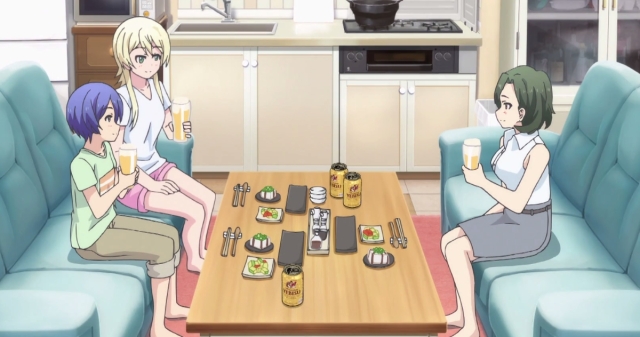 Takunomi. summed up in one pic.

Like I said in the introduction the show is best summed up as a “show about hot chicks drinking alcoholic beverages and eating snacks” and that is 50% of the show right there. The other 50% is them talking about work or other things. Michiru being the leading lady viewers often see her work experience whereas the other three’s lives are seen through thought balloons while describing it to Michiru or sometimes when Michiru visits them at work such as when she found the coffee shop Makoto worked part time at. Topics of discussion and activities include:

That is pretty much the show in a nutshell…and for viewers like me that is all we need. This is a show for peeps who do not need vast amount of content to have a satisfactory viewing experience. Like Wakako-Zake the simple sight of hot drinking babes is enough to put a smile on one’s face. That or “We want an slice of life anime starring older women”. 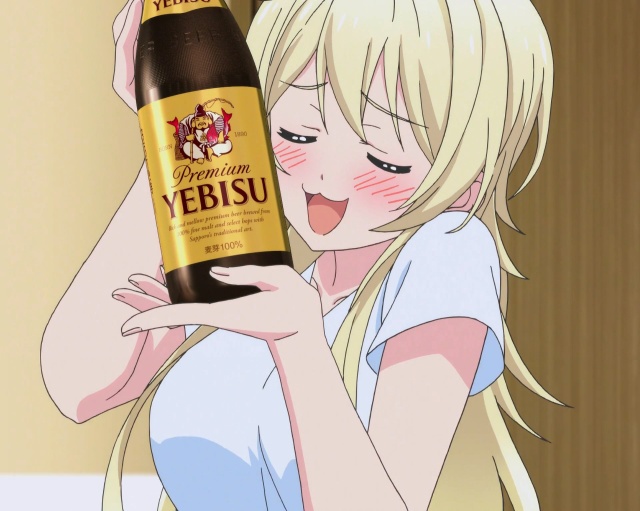 Like most anime revolving around a single topic, be it camping, ramen or tanks, expect to educated about many Japanese (sometimes foreign) beverages. Besides their origin history viewers will also learn different mixes that go well with the drink, what snacks go best with them, how to serve or drink the beverage, the difference between drinking it warm or cold etc. Pretty much what longtime anime viewers would expect from shows like this. 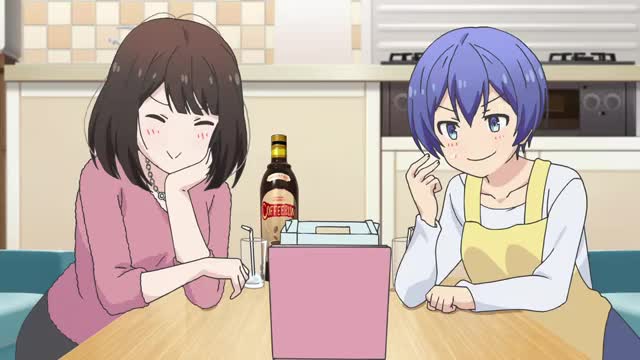 The younger of the four, Michiru and Makoto.

The animation does a good job of making the drinks and meals mouth watering and the ladies cute and sexy (When they get the chance to bless viewers with their beauty it is a wonderful experience…except for Makoto. Shame that.) while the soundtrack along with the OP and ED are solid.

Let us briefly go over the leads:

Michiru is the classic “country woman coming to the big city” who wants to make a good impression and fit in with the stylish “Tokyoites”. She does her best at that. Is a surprisingly good drinker despite being the shortest of the four.

Makoto is the “quiet woman” of the four. She does not appear on the show very often but is still fun to watch when she does, especially every time she interacts with her big sister. She is a college student close to graduating and preparing for her future in the work field.

Nao is Makoto’s older sister and the “genki” of the group. When not working in the fashion business she spends most of her time loafing around waiting for the right moment to drink the day/night away, often encouraging her friends to join in by any means.

Kae is the “mature beauty”, aka the most beautiful. She is a wedding planner and…being single at her age and in the environment she works in it has had an effect on her psyche. Let me put it this way, I have no idea why she is still single other than “because the plot says so”. The bright side is…

Overall Takunomi. is a show about four beautiful women drinking alcohol, eating snacks and talking about their daily and work lives. On paper it is simple but the conversations are interesting enough, the ladies sexy enough and the food yummy enough to keep the target audience satisfied. It may not please everyone but the viewers who know what they are getting themselves into will have a solid to good time.

Yuri and Slice of Life are my anime passion.
View all posts by OG-Man →
This entry was posted in G-Views and tagged Alcohol, Drinking, Slice of Life, Takunomi.. Bookmark the permalink.