After the end of this episode it was announced the next one would be delayed by two weeks or so due to “quality control”. Something similar happened to Long Riders and sin: Nanatsu no Taizai. It’s also unknown when episodes 10-12 will air. Hopefully we won’t have to wait too long. In the meantime let’s talk about what happened in this episode. 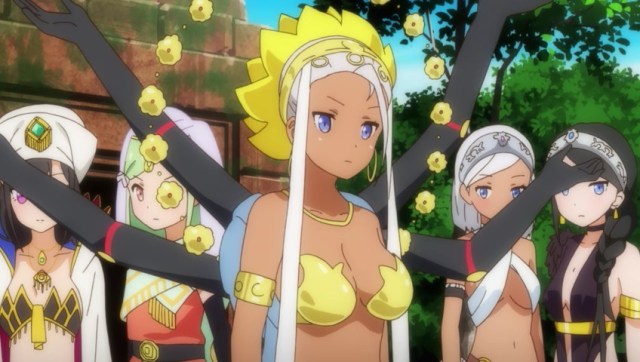 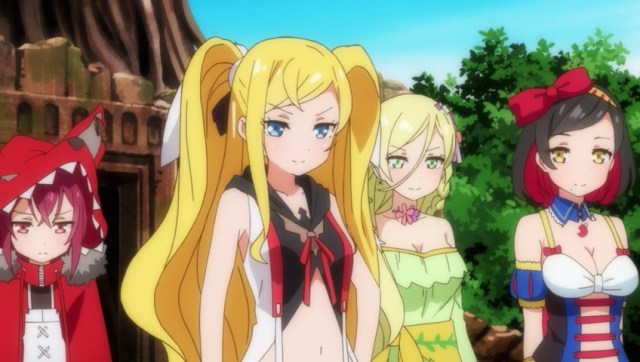 We begin by discussing a grave injustice…

We were robbed…ROBBED I SAY of witnessing the magnificence of Team India in action. All for the petty reason that was time constraints and sending the message of “Team Germany are the secondary villains”. I was deeply saddened by this. How dare you writers. Do you know how much I looked forward to seeing Team India?

Why couldn’t it have been those damn Yanks? Uuuuuuggghhhhhh. 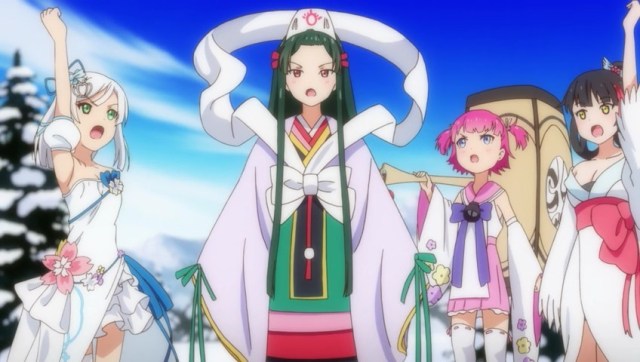 Anyway on to the main event of the episode: Team Japan vs Team Russia. The battlefield was intentionally set in the tundra to give Team Russia the advantage, mainly because The Committee of 13 wanted the Cinderella Origin and to get it Team Japan had to lose. 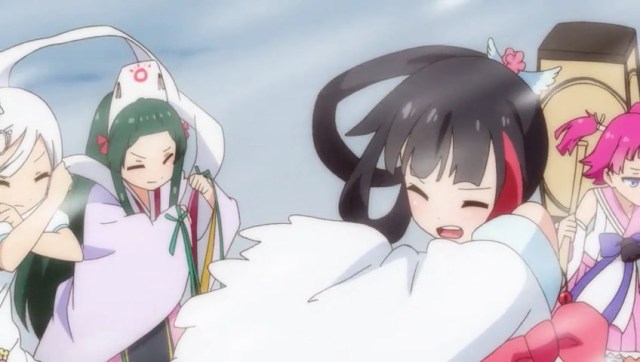 Team Russia made the first move by having the Vampire witch use her weather manipulation magic to call forth a snow storm. 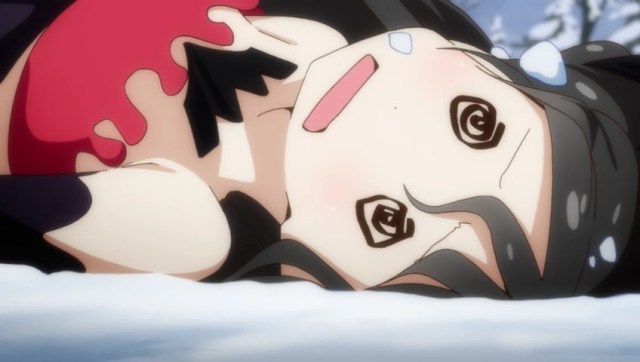 Unfortunately their strategy of lowering Team Japan’s defenses via common cold failed and Comrade Vampire Nico Clone was the first to fall. Technically she wasn’t eliminated. 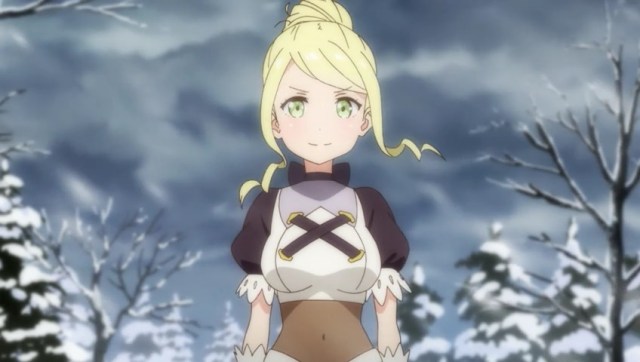 Next up was Comrade Eva and her deadly magical power of…telling bad jokes. Our heroines were no match for her “clever” humor. Mai couldn’t handle Comrade Eva’s “comedic genius”. 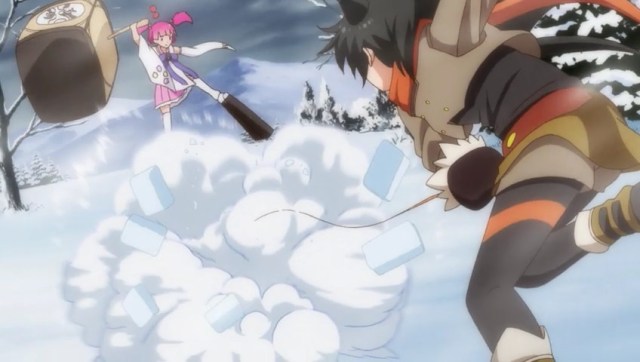 While paralyzed with laughter Comrade Nadia would swoop in and suck up the girls into her mitten dimension. Unfortunately the paralysis was temporary and Comrade Eva used up all her “best jokes”. 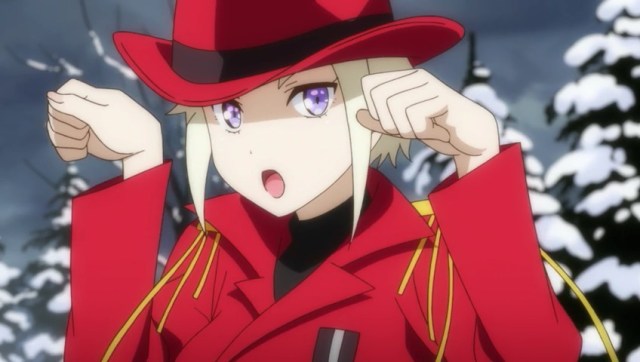 Luckily for Comrade Nadia Comrade Maria made her move using her powerful magic, Enforced Cooperation. Think of it like puppetry.

As silly as Team Russia’s magic looks for the most part they’re quite powerful.

The only reason it’s comical is because Team Russia is awesome. Speaking of awesomeness I can’t tell anyone who hasn’t seen the episode yet how they broke out of Comrade Maria’s magic. I just can’t. It needs to be seen to be believed…

Anyway Shizuka was about to hit the comrades with a powerful spell when Team Russia’s Ace made her move, which as we can recall from the previous episode was a double-edged sword. 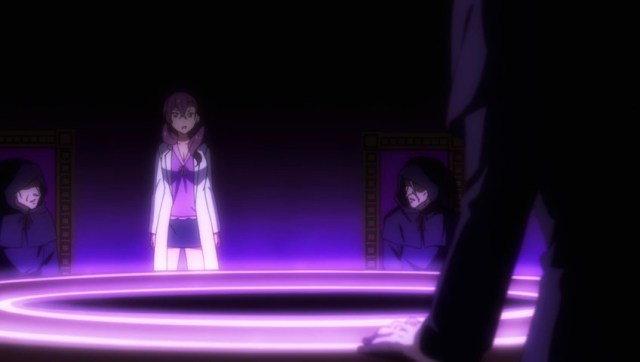 Headmistress Sugimura laying down the law on the Committee of 13.

The Committee of 13 was about to eliminate both teams due to both being unable to use their Origins when Headmistress Sugimura made them all look like old ragged fools and stopped them from going through with it. 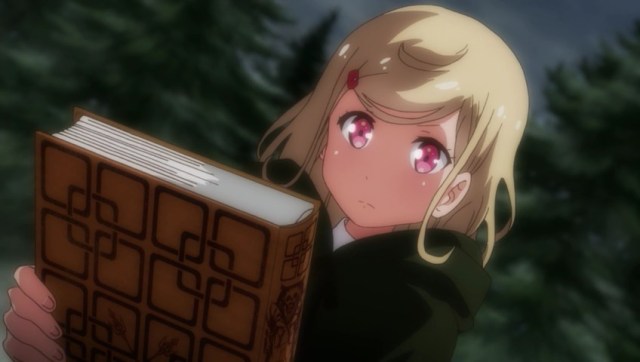 What a shock…Can you believe some peeps defended Lynne by saying she wasn’t the Yank who tricked Comrade Tatiana?

Why couldn’t Team America have got eliminated off-screen and Team Germany be the main threat instead? Damn Yanks. 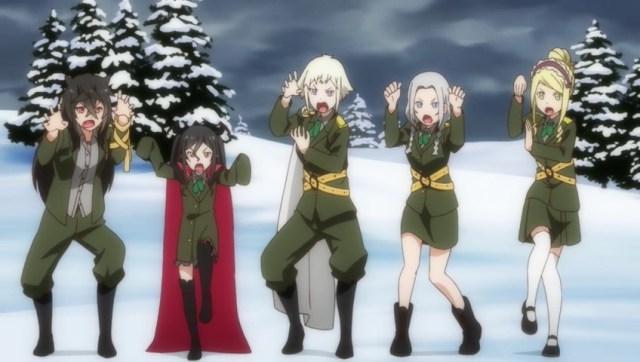 Team Russia fighting to the end.

Both teams considered going hand to hand. When Shizuka brought up that maedchen weren’t taught martial arts Mai revealed she’s skilled in some forms of combat. The Russians didn’t believe her and feigned being skilled Combat Sambo fighters themselves…only to repeatedly pay for it. Thanks to the “power of friendship-love” they were able to cast Auto-Life on each other. 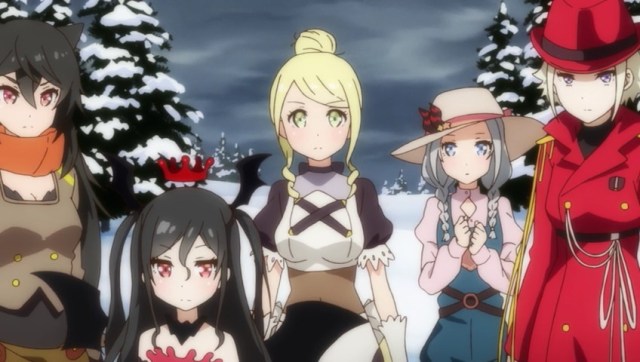 Hazuki saw how determined Team Russia were to grant Comrade Tatiana’s wish. Her Origin listened to her call and broke through Comrade Tatiana’s null-magic to restore her Origin. Unfortunately for her that meant only Team Japan’s magic would be nullified. However, Comrade Tatiana was grateful for what Hazuki had done and “feigned multiple injuries”. Her comrades saw her wish was granted hence they no longer needed to fight, forfeiting the match giving Team Japan the victory, much to the dismay of the committee.

We’ll have to wait a bit before finding what happens next.

Yuri and Slice of Life are my anime passion.
View all posts by OG-Man →
This entry was posted in Episodic Anime posts and tagged Episode 8, Maerchen Maedchen, Marchen Madchen. Bookmark the permalink.