When last we spoke of Fear Effect Sedna was its Kickstarter. Now we’re back again to talk about the release date courtesy of Sushee and Forever Entertainment. 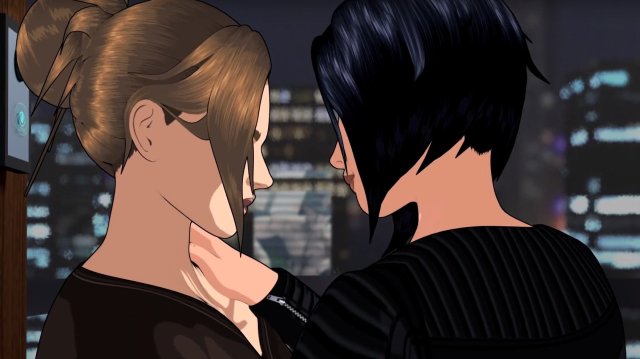 Sedna, from French developer Sushee and published by Square Enix Collective, launches on PlayStation 4, Xbox One, Nintendo Switch and PC priced £15.99 / $19.99 / €19.99. It is a new chapter in the series co-written by Fear Effect’s original writer, John Zuur Platten, and stars series stalwarts Hana, Rain, Glas and Deke as well as a new character called Axel. The action is presented in a third-person isometric viewpoint. Expect stealth, puzzles and the classic death cutscenes from the original games.

As the trailer shows the gameplay is completely different from the original two titles. Whether that is a good or bad thing depends on the reader. I’m just glad we’re getting more Hana X Rain. There was a demo on Steam that got a mixed reception. Hopefully the issues will have been ironed out in the full release.

The game is scheduled for a March 6th digital release on PS4, Xbox One, Nintendo Switch and PC.

Fans of the original Fear Effect games at least have “Fear Effect Reinvented”, a remake of the first game to look forward to later this year.