So recently news popped up around the internet that the iconic Namori, best known for the Yuru Yuri series, was going to be involved in a new anime project. That project was unveiled today. Ladies and gentlemen, 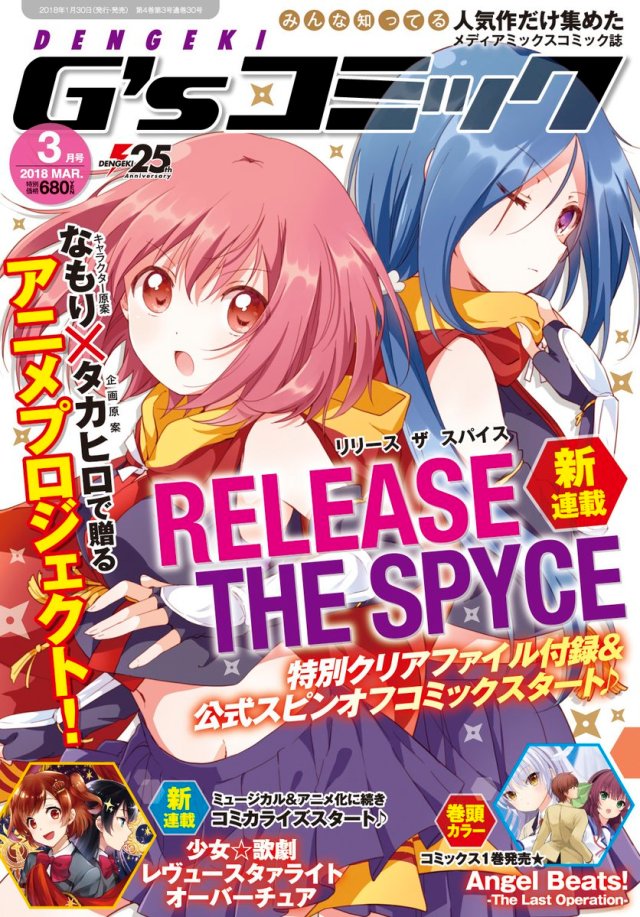 Here’s a rundown of the people who will be involved along with the show’s redhead lead.

Besides Namori being the Original Character Illustrator we also have the Yuki Yuna wa Yusha de Aru writer joining the fray…meaning there’s a high probability we can expect yuri goodness of the canon variety in some shape or form. The show was described as a “High School Girls X Spy Action” series. There will also be a manga and light novel about the series but I primarily focus on anime here. Should there be any important info on the manga or light novel I may bring it up later down the line. So far what we know about them is Namori will only be involved with the anime, meaning the manga and light novel will have different art styles.

Readers can check out the main page of the show HERE but currently it’s only the front page with little info. My prediction is the show will premiere either Summer or Fall 2018.

Yuri and Slice of Life are my anime passion.
View all posts by OG-Man →
This entry was posted in Yuri news/topics and tagged Namori, Release the Spyce, Yuki Yuna wa Yusha de Aru, Yuru Yuri. Bookmark the permalink.