It has been a while since I personally brought up a Yuri Talk topic of discussion (Mainly I have been sharing interesting topics by other yuri fans). In this edition we will be taking a look at various comedic lesbian archetypes in animated/drawn/digital Japanese media. What I mean is not “lesbians to be laughed at” but “lesbians who are fun to watch”.

Note: Most of the archetypes discussed in the post can be found in the Yuru Yuri series but I will be referencing other delightful lesbians and ambiguously gay ladies out there who (usually) provide laughter to viewers.

Let us begin with the most common comedy lesbian out there:

THE PERVERT, aka the naughty girl.

Sanae cuddling with the Squid of Destiny.

There are several kinds of naughty girls who all have in common how openly they want to eat as many varieties of tacos as they can get their hands on. 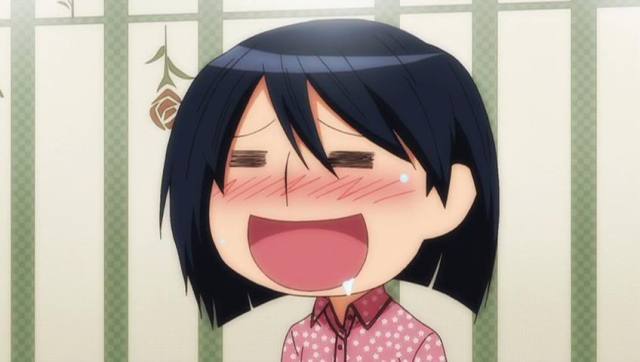 Kanako from Maria Holic. I have not finished the show so I do not know if she falls under the “joke pervert” archetype. I am simple using her as an example…and even if I am wrong I do not care as the only way I will ever finish the Maria Holic anime is if someone LEGIT pays me $60 to do so.

The joke pervert is the thankfully rare nowadays lesbian character whose entire joke is her being gay…and getting humiliated for it. She is repeatedly humiliated despite getting some hope spots here and there with unsatisfying payoffs. Not a fan of this archetype at all.

The default pervert (See Sanae from Ika Musume above as an example) is the default naughty girl who openly expresses her lust for female flesh to an extreme for the girls she has her eyes on. More often than not her advances are met with beat downs but not because of her preference but how uncontrollably hungry and persistent she is. Most people around the extreme pervert know she means no harm but can get annoyed by her rambunctiousness. 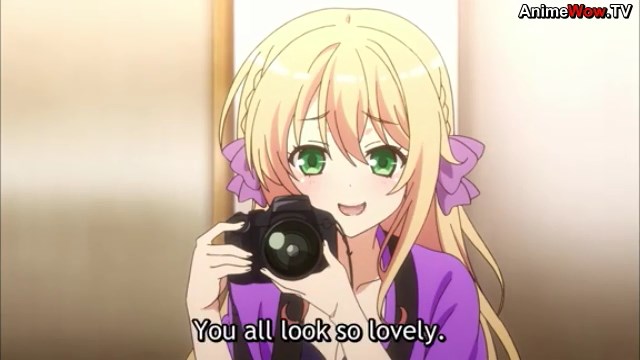 Akechi from A Centaur’s Life.

The warrior pervert varies. Some are able to show restraint while others are in default mode. The difference here is these perverts are skilled in combat. Fortunately they fight to defend the cuties they so dearly love to fawn over or “play” with in the name of naughty justice. If the warrior pervert is an anti-heroine however…no girl is safe despite their ultimately noble goal. 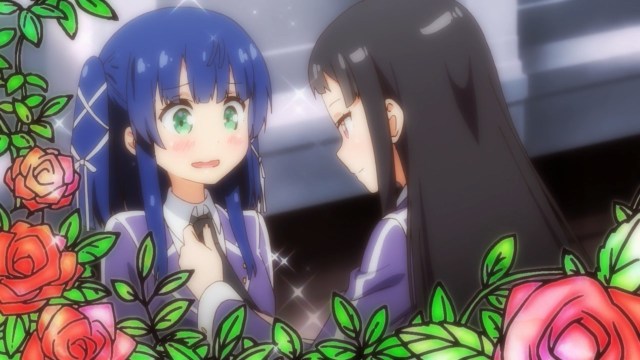 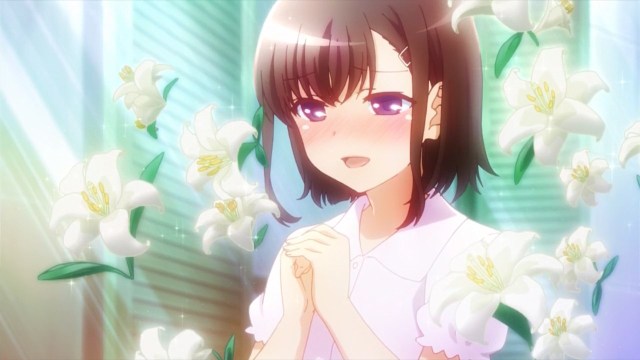 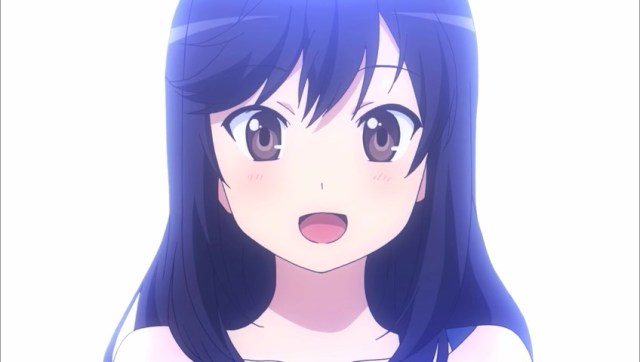 The gentle lesbian is usually soft spoken or timid. Sometimes they are born gay or “see the light” at some point in the story. Their brand of humor often revolves around their “yurrific” imagination in how badly they want to caress the girl/girls whose nectar they so desperately wish to drink but for a long time are too scared to approach their beloved. Sometimes the gentle ones apply techniques more common with the pervert archetype but this is rare due to their purity/innocence/naivete. Sometimes the gentle lesbian does not have many fantasies but shows a growing desire to be with the one who loves them so.

A rare type of gentle lesbian is the gentle warrior. Similar the warrior pervert they use their combat skills to defend their friends and beloved but are much calmer. Yet like the default gentle lesbian their mind is a treasure trove of craving for the girl she loves.

The Ayaya from Kiniro Mosaic. 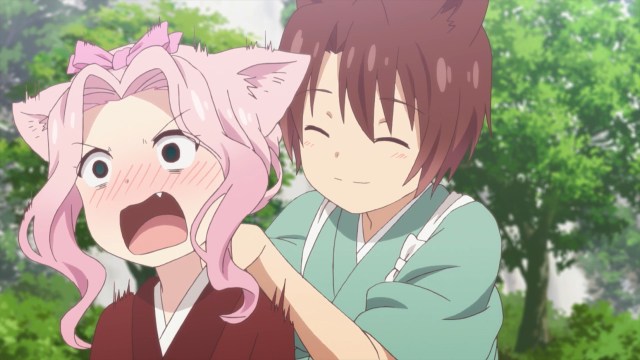 The tsundere is another common comedy lesbian but not as frequent as the pervert. Like other tsundere the yuri variety hide their true feelings behind a wall of meanness or disrespect toward their loved one when in reality their desire for lily flavored ice cream is equal to that of perverts. The funny is obviously the lust behind the wall…and them having to deal with the obstacle that is an often oblivious love interest (sometimes not so much). 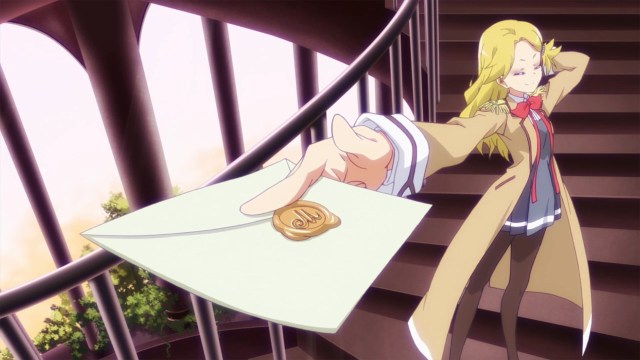 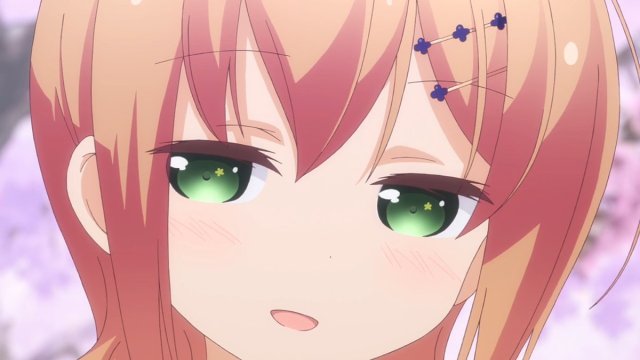 The Suavo is a girl who has an Iono-Sama prodigy, meaning she was born with the gift to sweep girls (and sometimes women) off their feet with their irresistible charm or charisma. The humor is seeing how effortlessly they turn girls on, be mesmerized by their presence or faint after one sentence. The opposite is a suavo whose charms are ineffective. One thing both effective and ineffective suavos usually have in common is that their power is useless against the ONE GIRL/WOMAN they dream of spending the rest of their lives together with.

THE ONEE-CHAN, aka the big sister. 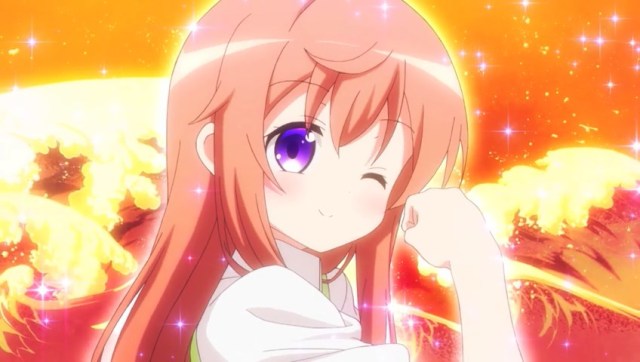 Mocha from Is the Order a Rabbit?

The Onee-chan is a big sister like character who possesses a suavo’s magnetic charm and a controlled pervert’s self-restraint. She can woo any girl she wants but more often than not shows a deep desire to be in a romantic relationship with her younger sibling, even if they are blood relatives.

THE OJOU-SAMA, aka the rich girl. 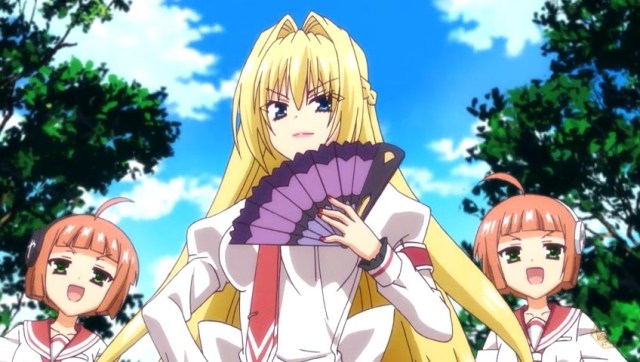 Urara from Hidan no Aria AA.

Ojou-sama can possess any of the other comedy lesbian archetypes’ traits but the main difference is her prim and proper etiquette/mannerisms. Sometimes they are rich, other times they are simply well-behaved. She oozes with pride and politeness yet deep down develops or already possesses and insatiable craving for peasant meat. The humor lies in how she loses her cool whenever her beloved is nearby or when she thinks of her. Of course the combat equivalent is the Warrior Princess.

THE GENKI, aka the super cheerful girl.

The genki is a ball of uncontrollable ball of happiness and wants to share her joy with everyone around her, especially the girl she likes. Some genki have a naughty side but most of are pure angels who wish nothing but glee for all. Laughs and chuckles are provided automatically…provided the viewer does not loathe genki characters.

Mao and Hitomi from Two Car.

The Cheese Couple from what I can gather is a parody of Utena, more specifically a “Prince” and “Princess” duo who are so over the top with how they show their affections for each other that those around them are overwhelmed by their passion…but not in a good way. Think about a corny love poem. Now think about two people expressing their love like they were reciting poems to one another. That is the humor behind a Cheese Couple.

One of Yosano’s fantasies.

The Yuri Fan (Blend S has a yuri fan boy. The humor is the same.) is a girl who, of course, is a huge fan of lesbian media, leading to her either talking about it with great passion and detail or primarily having romantic fantasies about two friends of hers who seem very close, leading to the fan having either a nosebleed or throbbing profusely. 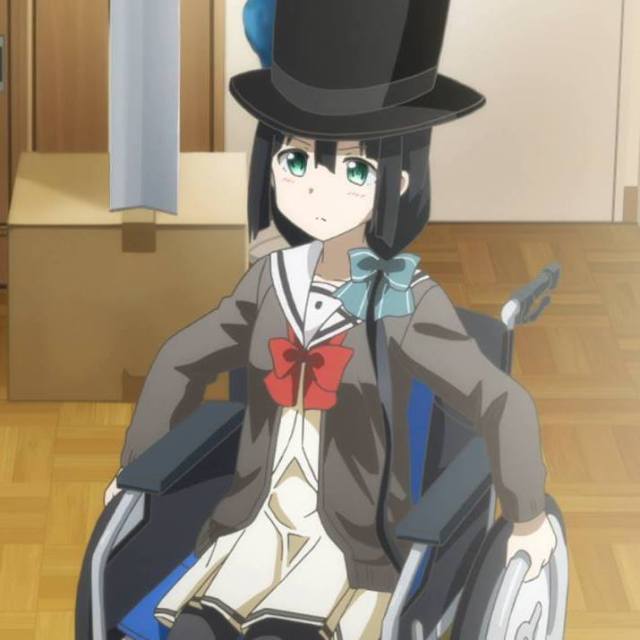 The one thing about most (excluding MH) of these characters is, as I said before, they are not evil or to be ridiculed. Instead they want to make audiences laugh not at their expense but how funny they are trying hard to find love with their significant other(s). I am certain there are other comedy lesbian archetypes I forgot to mention but I think these are the more recognizable ones in Japanese media.It is also important to keep in mind that the comedy does not end up being perceived as insulting so it is not as simple as making the lesbian funny. She must also be written as a likable character. It is crucial to get her likability down, otherwise she will be perceived as annoying, which is not what the writer or yuri fans wants…at all.

So down below in the comments feel free to talk about your favorite archetype, character representing said archetype, moment, whatever else you feel like bringing up about comedy lesbians.