More of the same good stuff this episode. 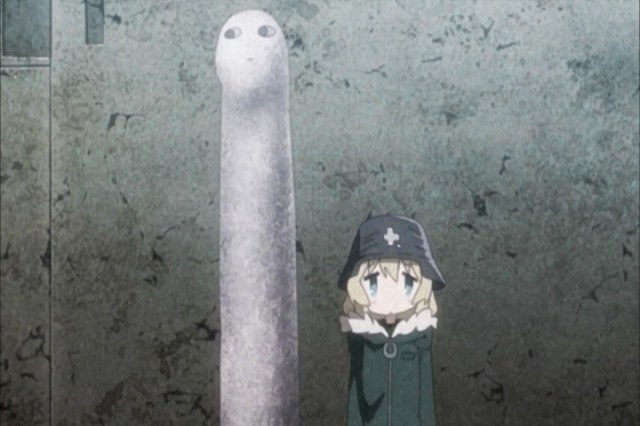 Yuuri and a strange statue.

When we last left our heroines they parted ways with a cartographer after showing him that despite the world they’re in being in ruin there’s still plenty to see and admire. Our duo noticed a glowing building in the horizon and went there. On the way they noticed many strange looking statues with weird faces. Yuuri borrowed the camera and randomly took pictures of the city while talking about the marvels of human civilization…and taking pictures of more weird statues as the girls learned how to use it. 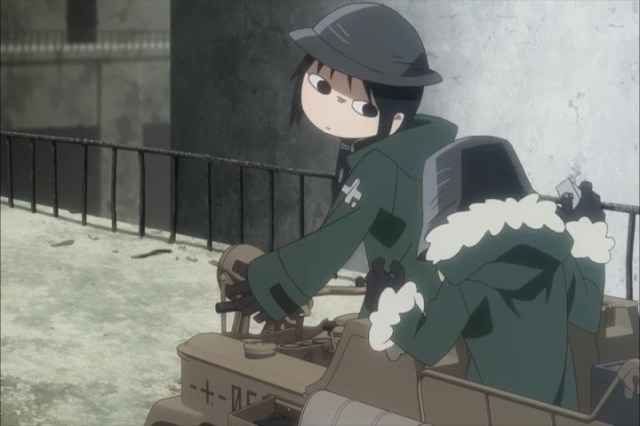 Yuuri did something that upset Chito again.

Yuuri made Chito crash into a statue. Luckily the vic wasn’t badly damaged. That night they stopped to check out how far they were from the glowing building. Chito noticed Yuuri took a lot of pictures and that there were still over fifty-two thousand pics left to take. Yuuri brought up a good point about that being much more than the books Chito had, meaning they found another way to record their travels after the books are filled up. They also debated what cheese was, both the edible and the phrase used before taking a picture. 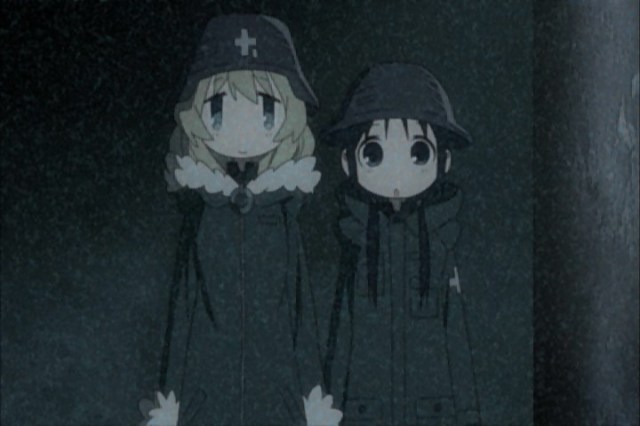 The show has several little shipping tidbits throughout. 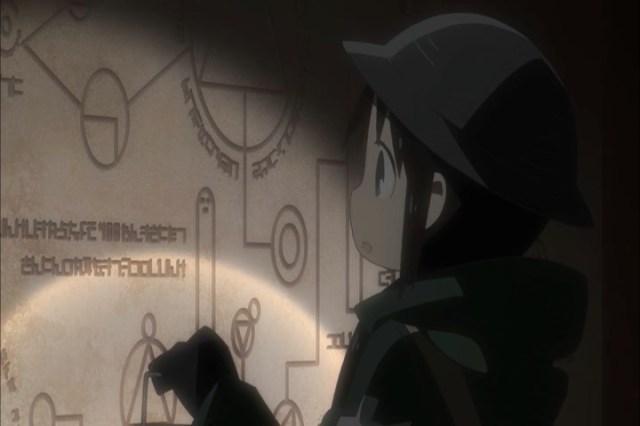 The 2nd half had our heroines reach the glowing building. It was a temple where people worshiped a weird looking god. As Chito read a description of the temple and the people’s beliefs about the afterlife Yuuri wandered off showing no interest. Suddenly the lantern Chito carried blew out and it was pitch black. 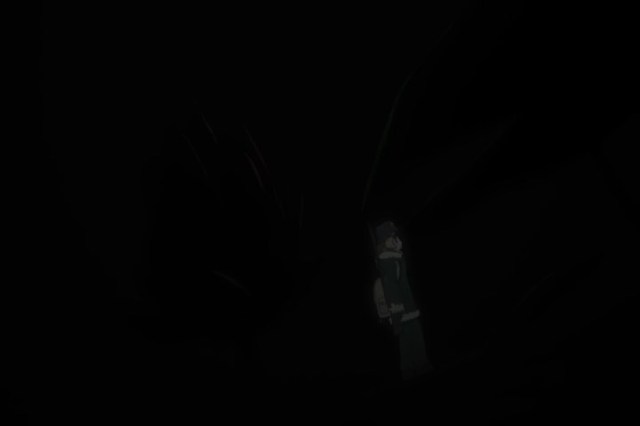 Alone in the dark.

Yuuri wandered around in the dark calling out to Chito but there was only silence. Yuuri wondered if this is what awaited her in the afterlife. She also wondered what she’d do if she were left all alone without Chito. 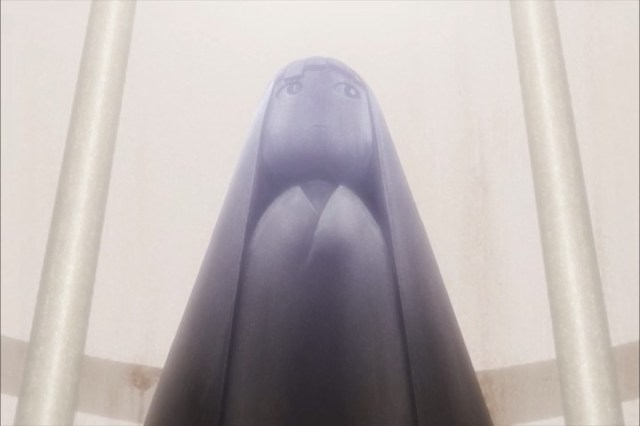 Yuuri bumped into Chito and the latter enjoyed seeing the former panicking. Then the lights went back on and they found the source of the glow. Basically what the temple worshipers envisioned Heaven/paradise being like, a preview of the afterlife if you will. The two then discussed humanity’s fear of death and hoping it’s all shiny and not dark on the other side. Profound stuff as usual. Oh and Chito might be a god…would be interesting if it were true and it went somewhere. Not likely but who knows (except the ones who read the manga, which I again remind to not say one word about it.)

PS: An interesting tidbit is that of all the shows I follow during the Fall 2017 season, three of them had episodes discussing the afterlife in the same week. Those being GLT, Konohana Kitan and Houseki no Kuni. Very interesting.

Yuri and Slice of Life are my anime passion.
View all posts by OG-Man →
This entry was posted in Episodic Anime posts and tagged Episode 4, Girls' Last Tour, Shoujo Shuumatsu Jugyou. Bookmark the permalink.