A Valentine’s Day and onsen segment in one episode. HYPE! 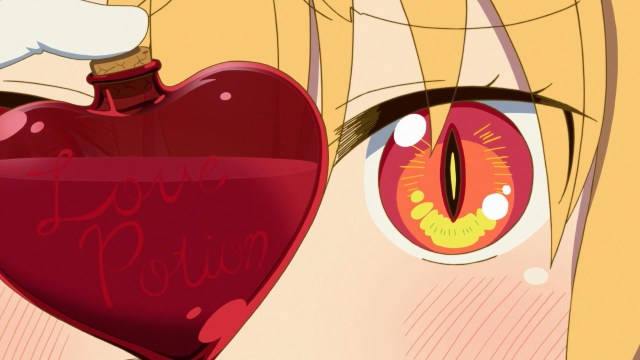 We joined Tohru cooking some Valentine’s Day chocolate for her beloved Miss Kobayashi. Tohru figured that after meeting her parents she was one step closer to achieving her dream but felt like she had the right to…shall we say, skip a few steps. 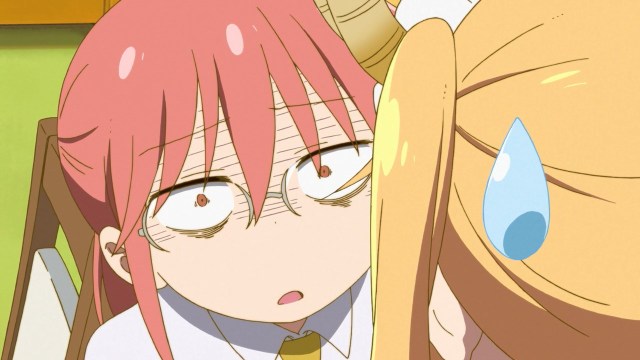 Unfortunately it looked like Tohru’s plan had failed. More on that in a bit. 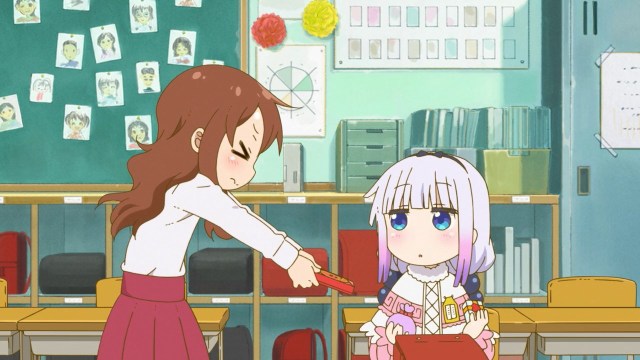 On to our adorable little lovebirds Riko was pumped to give Kanna some sugar. Unfortunately her plan was ruined because of everyone being so friendly to Kanna. 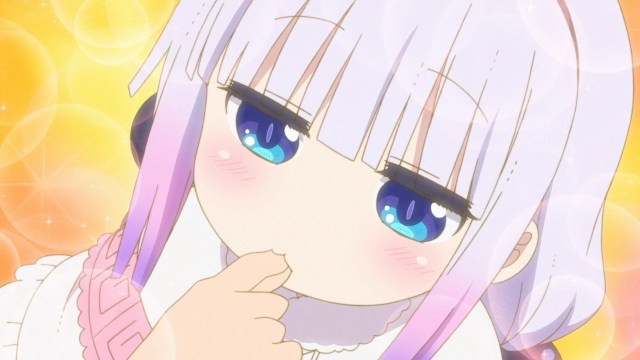 Still from the looks of it and based on their relationship I think Kanna deep down got the message Riko was trying to convey so it wasn’t a failure after all. 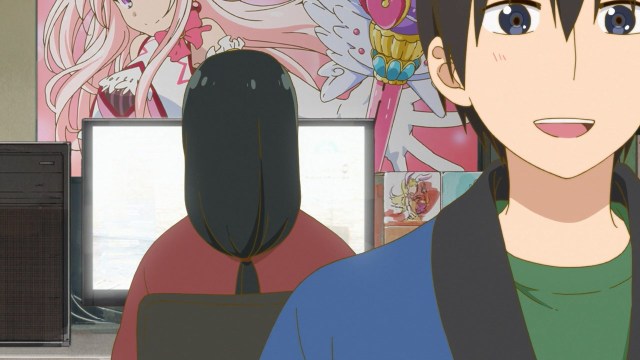 Even the broskis got into some Valentine’s action. 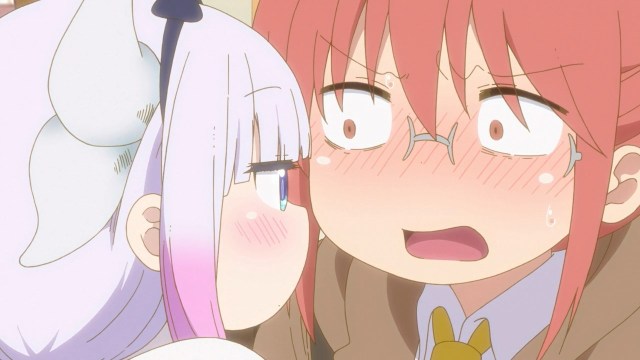 Miss Kobayashi fearing for her life.

After a long day’s work and many Valentine’s appreciation chocos Miss Kobayashi returned to a still hungry for chocos Kanna. She found a particular chocolate hidden in the sink drawer and since Miss Kobayashi knew Kanna wasn’t as devious as Tohru she let her guard down and almost got into some serious trouble. She fled to her room and tried figuring out what was happening with her, thinking about never having had a happy Valentine’s among other things. 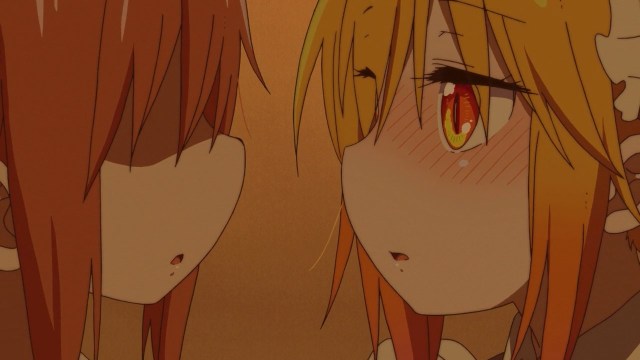 Did Tohru live her dream?

…On to the onsen part of the episode! 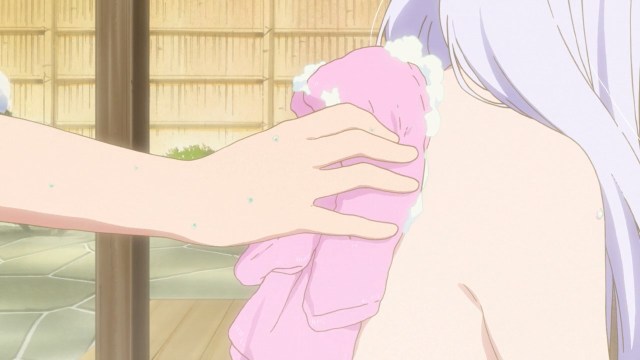 Riko living another wonderful moment for her person. 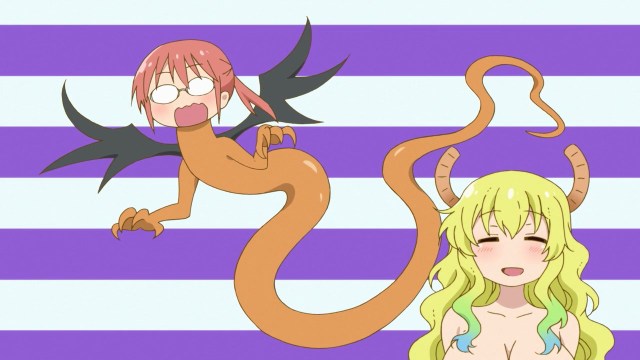 While in the onsen and envying the dragon women’s assets Miss Kobayashi asked them why their human forms look the way they do. They explained it was because of an “ideal/idea” that would best reflect what they’d look like as humans. Basically Plato’s theory. Look it up. The three then imagined what Miss Kobayashi would look like as a dragon to mixed results.

After some more fun times Tohru invited Miss Kobayashi for a walk. She then executed her “Plan B” as it were. 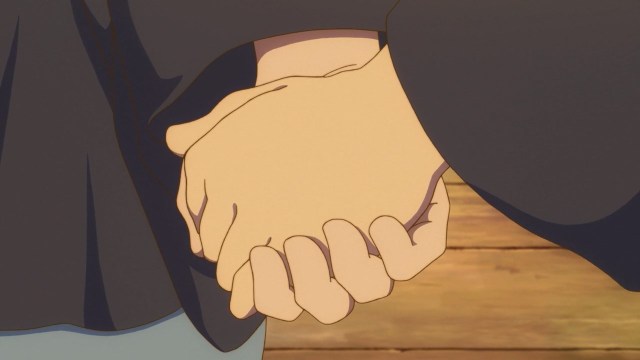 Keep it up Tohru. One step at a time.

In case readers were wondering why they went to the onsen, it was because Mr Otaku was took advantage of a cancellation by another group and invited his homies along to have a good time. That’s it. Mr Fafnir was puzzled throughout the trip and once Mr Otaku explained his reasoning he was cool with it. 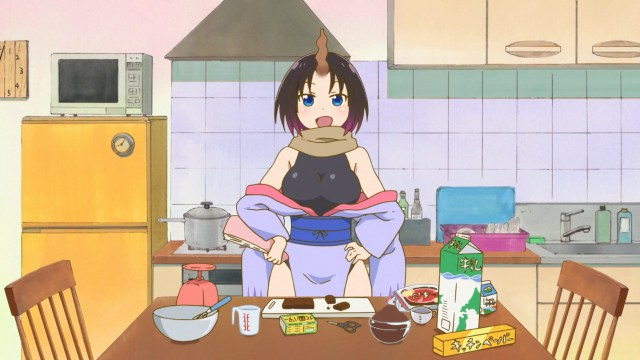 Elma about to make chocolate for everyone.

For readers wondering why I didn’t go into detail about Elma, Lucoa and the shota named Shouta it’s because all there was to say about Elma was that she looked cute and sexy eating a lot and challenging Tohru to competitions whereas Lucoa and Shouta were doing their usual thing and I didn’t particularly for that.