Here we are again looking at another Girls Club show, this time with a theater/play motif. Let us find out if it is worthy of being part of Girls Club aficionados’ collections as we check out Hinako Note. 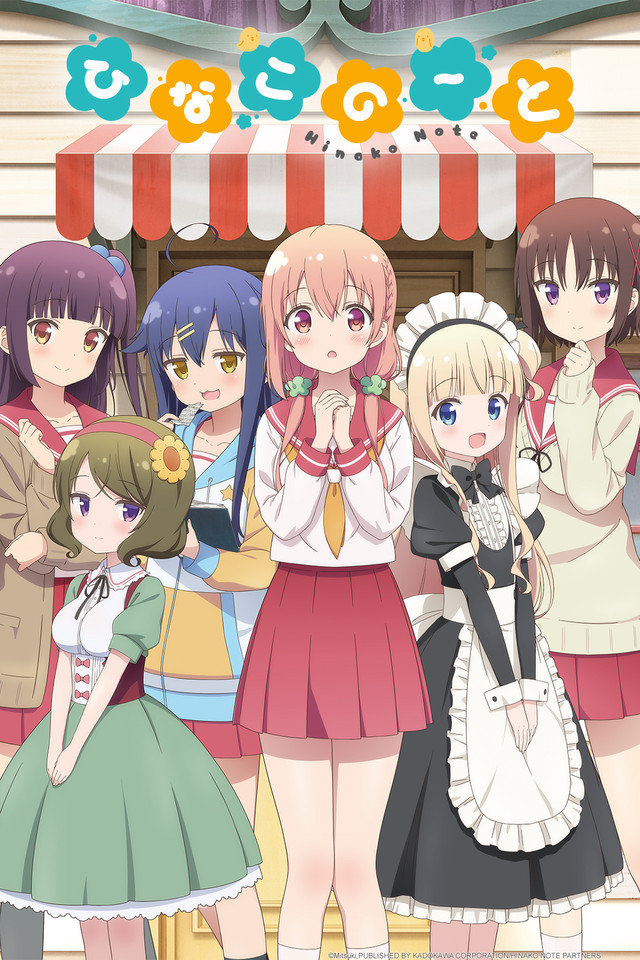 Plot Summary: Having always had an interest in theater but struggling to talk with others, Hinako Sakuragi moves to Tokyo to attend Fujiyama High School, staying as a resident at the Hitotose bookstore. Upon learning that the school’s theater club is actually on hiatus, Hinako and the other residents form their own theater troupe. 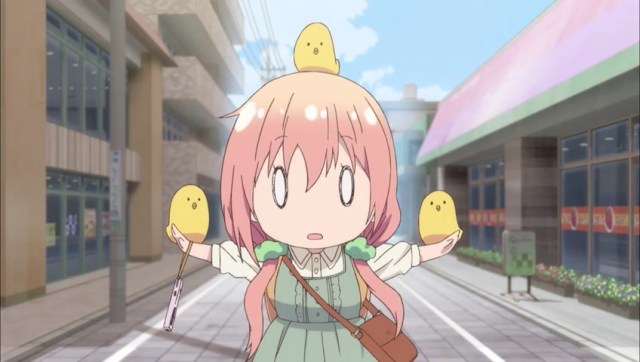 This show can be best described as “cute girls doing cute things with a theater motif and a dash of ecchi goodness”. It has the standard formula of cuties living out their daily lives being cute (and sexy in this show’s case) with them working hard to become great actors and performing on stages, the ultimate goal being performing at the Suzuran. That is all that sets it apart from other Girls Club shows really, the theater element. However, that does not mean it is as simplistic as say, Wakaba*Girl. It has enough to stand out on its own. 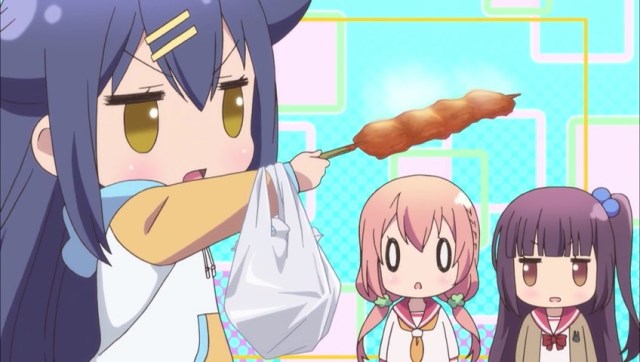 It does borrow some traits from other GC shows such as Hidamari Sktch with the “chibi mode”, where the girls randomly are drawn as cuter chibis and “bathtime summary” with the leading girl Hinako summarizing her day while taking a bath. Otherwise each girl does her own thing and looks cute (and sexy) doing so.

Of course a good GC show also has the characters going on a journey and becoming stronger. Hinako Note has that with our leading lady Hinako doing her best to overcome her shyness/social anxiety through theater with the help of her friends. The others do not exactly have journeys they go on but they do have their own little bits of development thanks to Hinako. Basically Hinako is the one who has the most development while the others grow through her. Something like that. 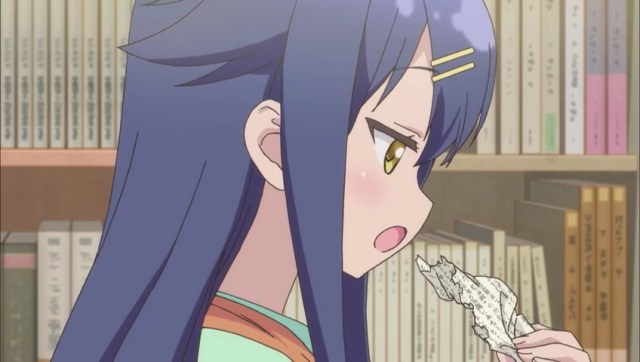 The show’s humor more often than not relies on running gags which, depending on the viewer, is either a good or bad thing. For example: Mayuki is a “shortie” (older than she looks short girl) and most of her jokes revolve around her being short and throw little tantrums when she’s embarrassed or upset. That would not mean much to me but then the show found a way to make me inexplicably laugh consistently…”Rock-a-Bye Baby” plays almost every time she does something cute or silly. My poor gut each time that happened. Of course the gags’ effectiveness depends on viewers’ sense of humor. 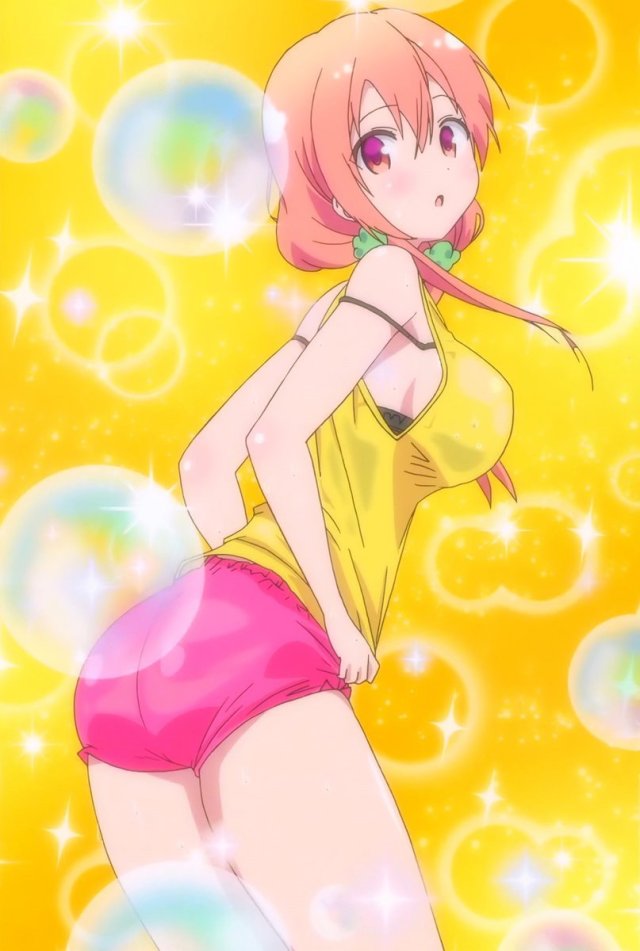 Expect a lot of cute and sexy fanservice.

One other aspect that could make or break the show for some is the surprising amount of sexiness on the show. Expect several cosplay scenes and closeups of the girls’ sweet bods, especially Hinako and Chiaki. Even Mayuki gets some sexy moments despite her being more adorable than fetching.

The animation quality and soundtrack are both solid. There are some standout tunes and the girls are all drawn very well. Not much else to say about either. 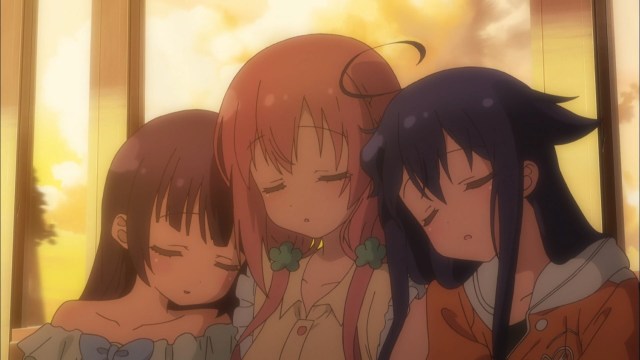 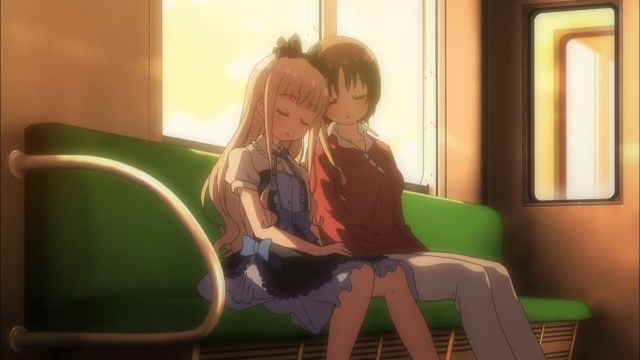 The characters are straightforward with each having an archetype and going as far as they can with it. They of course have more likable traits besides their archetype tropes so do not think they are one-trick ponies. As for the yuri, the above screen grabs are the Super Mega OTPs of the show, HinaYuaKuu and ChiaMayu. There are other ships but these are the more definitive ones. It also helps that some of the girls are 99% gay, unless the others are hiding their supreme gayness.

Overall Hinako Note may not stand out very much from other Girls Club anime out there but it took its attractions (Theater, cosplay, fanservice, yuri) and went as far as they could with them. The cast are all likable, the animation and soundtrack are solid and the yuri power is acceptable. The humor and fanservice may not be for everyone but I say this show is worthy of any Girls Club aficionado’s collection. It is not groundbreaking but it is entertaining. 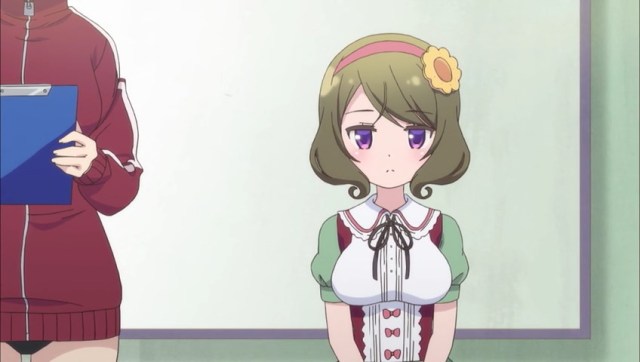 Yuri and Slice of Life are my anime passion.
View all posts by OG-Man →
This entry was posted in G-Views and tagged comedy, Cosplay, Hinako Note, Plays, Slice of Life, Theater, Yuri. Bookmark the permalink.