This episode had a very special surprise in store. 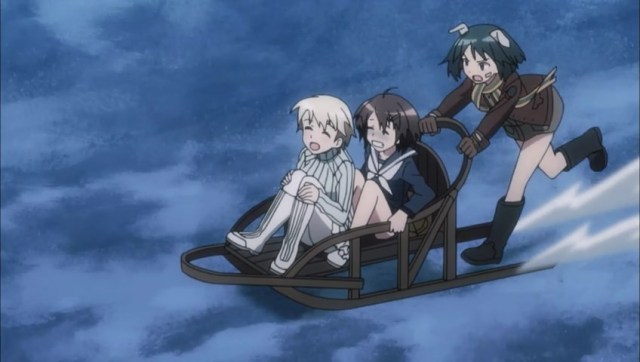 Hikari, Nipa and Kanno went sledding in the morning. Unfortunately the trio were nearing some thin ice and couldn’t stop. 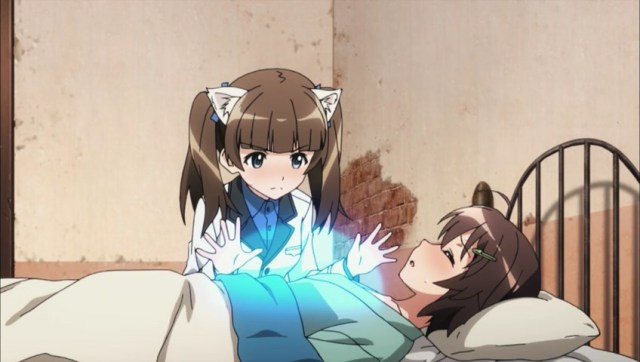 While Hikari didn’t fall into the cold water she still has the weakest magical energy on the team, meaning she caught a cold, something rare for Witches. Nipa wanted to cheer Hikari up and thought that the annual Saturnus Festival was just the thing. However, due to the Neuroi’s attack on the warehouses in the previous episode the girls were low on food supplies. Holding a festival under those circumstances would be difficult but Nipa was determined to go through with it regardless.

This is Commander Rall showing interest in helping out with the festival. Have I already mentioned how much I love Commander Rall?

I personally don’t care much about what BW fans are discussing on forum sites regarding ships but there is ONE ship I’ve been eyeing for a while now, The Countess X Master Rossmann. I’m not sure if next week’s episode will strengthen this pairing but for the moment I’m hopeful for it.

We found out why Nipa was so determined to help cheer up Hikari through the festival. Back when Nipa first enrolled in the 502nd Joint Fighter Wing she was really shy and nervous and thought that she wouldn’t fit in. One day the unit held the Saturnus Festival and it reminded Nipa of her friends back home. When she saw that the unit also celebrated this joyous festival she knew that she was with great company and opened up more. She wanted Hikari to experience the same kind of joy she did.

Trouble then came a knockin’ when a Neuroi attacked. This one could camouflage itself but only from above, which is why it flew near clouds to fully hide itself. Nipa was the only one who could engage it in combat due to the others having eaten laughing mushrooms that the Countess and Master Rossmann unknowingly picked up. Nipa did her best but once again was held back by her inexplicable misfortune. Things were looking bleak until… 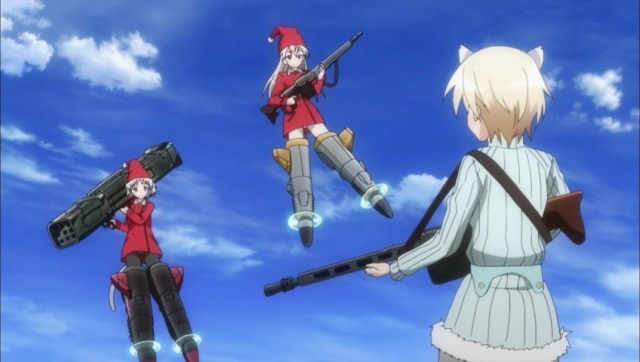 EilAnya, the best Witches in the 501st Joint Fighter Wing came to the rescue and also brought supplies for our heroines because the best kind of helpers Santa could have are of the lesbian variety.

They look so cute. I don’t ship them yet but they do give RAMBO X Lynette vibes. 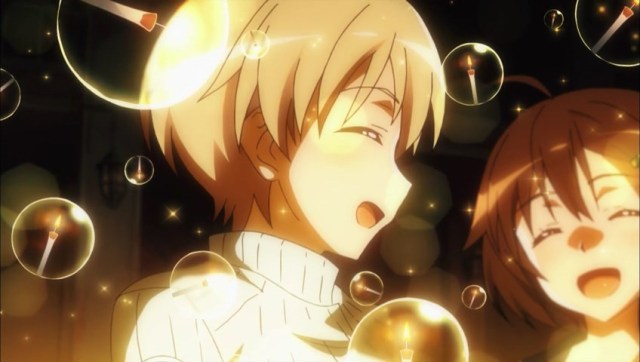 I think Nipa is the writers’ favorite character. I don’t blame them. She’s super fun. 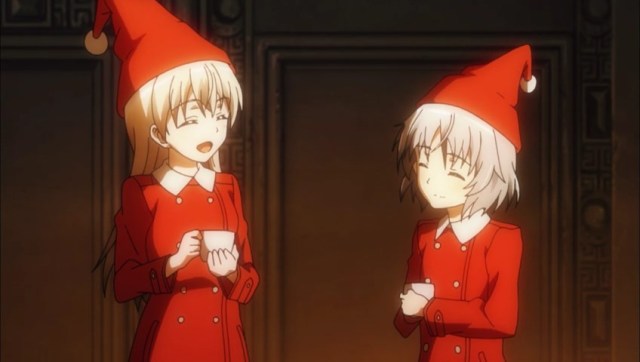 As I mentioned above the next episode will most likely center around the Countess. Really looking forward to that one

Yuri and Slice of Life are my anime passion.
View all posts by OG-Man →
This entry was posted in Episodic Anime posts and tagged Brave Witches, Episode 7. Bookmark the permalink.