This list is based on an online poll found here sponsored by Akiba Souken on the “Anime Portal” website during the month of February 2016. There were 20 yuri themed anime to choose from (Mainly Grade 1 and 2 shows) and fans could only pick 3. Out of 4884 votes, the following were the top 10 ranked shows.

WARNING! I’ll be having some fun in this post.

This one actually surprised me. While I personally thought the show was great (though its appeal is debatable among the highbrow crowd) I didn’t expect it to make any top 10 yuri shows in the land of the rising sun. Maybe because its universe was a bit too much for some. Oh well, glad to see it get recognition. 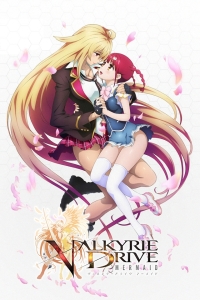 Awww yeah! Much respect Japan! Again I know this show isn’t for everyone but the Nation members who braved through it out of joy and not because they forced themselves to can attest to this pick deserving to be here. Yay for an ECCHIMANIA show getting the respect it deserves!

Ohoho. From an “in your face” ecchi yuri show to a “SYMBOLISM!” heavy ecchi yuri show. I bet Utena fans are like “GRRRR! Why isn’t Utena in the top 10!? GRRRR!”. Anyway another interesting choice. Behind the sexiness lied some pretty interesting social commentary regarding lesbianism in Japan (and to an extent the world), patriarchy and the yuri fanbase to name a few topics brought up. Despite its symbolism and complexity the main story was surprisingly simple. To some that’s a detraction but I liked it a lot because of it being easier to understand than Penguindrum. Oh and Ikuhara fans, please keep the comments regarding his shows short and to the point. My knowledge on the guy is VERY minimal.

Definitely a classic. You know your show is good when there’s a group still talking about it to this day. ChiMeko with all the controversy revolving around them remain one of yuri’s best couples because of that and the fact their story is an engaging one in spite of their show feeling a bit jumbled apart from their love story.

One of the more realistic depictions of a lesbian relationship in anime that I’m aware of. While not one of my personal favorites it deserves brownie points for at least that.

Another classic yuri show…if not THE classic. That isn’t to say the show is a masterpiece of writing but if one were to ask most 90’s kids what was their first 100% yuri anime, they’d more than likely point to this one. Give the show credit, despite being a spoof of old school Catholic themed yuri media it at least took the ball and rolled with it as far as it could creating a cast of memorable characters, for better or worse. I still love it for being THE first 100% yuri I watched and I still think it’s good for what it is.

To this day the longest running 100% (debatable) yuri show and another classic. I still think think the first season was the weakest (Sei’s greatness not withstanding) and the rest was pretty good. I may be crazy for saying this but hear me out. I believe the “soeur” system was an unintentional metaphor for gay marriage training. Speaking of gay marriage… 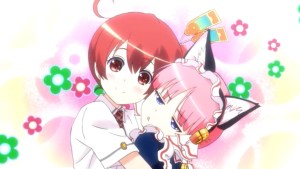 This show hadn’t ended yet as of this writing and already it took the Yuri Nation by storm! The story of a just married lesbian cyborg couple in a futuristic world fighting for world peace had captivated the Nation with little effort. Oh and their “henshin” sequences could have also contributed to its greatness. Here’s hoping its conclusion will be a splendid one. 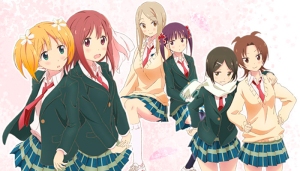 NOW THAT’S WHAT I’M TALKING ABOUT BABEH! Back when I saw this show I lauded it as one that gave me what I had yearned for a long time. I still stand by my claim as this being one of my all-time favorite yuri anime. Again, one of the best? No, but that doesn’t stop me from loving it so much. I’m sure there will be those who disagree with this one being so high but it is what it is.

So which yuri anime did Japanese nation members pick as their #1. I don’t think anyone will be shocked by this choice.

I said it before and I’ll say it again. Yuru Yuri’s greatest strength is how accessible it is. It does everything at just the right amount. Its comedy is pretty good, its slice of life is just right, it gives any and all ships their time in the spotlight and the yuri itself is balanced. Give the show one more season and it can be considered the most successful yuri series of all time. It certainly has enough material for one more.

DD! P and AnR got the same number of votes.

There you have it Nation. Japan’s picks for best yuri anime since 2016. I wonder how the list will change come 2026? Hopefully we’ll all still have yuri passion in our hearts by then to find out. But for right now, what are your thoughts on these picks?

PS: I didn’t want to say this before because I thought it would be too mean but I’m going to now. This list is even better because Puella Magi Madoka Magica IS NOWHERE NEAR THE TOP 10! My faith in humanity had been restored.