I think this is the official lineup of shows to expect this coming season. Hmm, let’s see what shows will initially pique my interest. 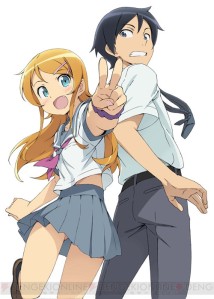 Ore no Imouto 2. I’ll be honest. I was completely satisfied with the default in season 1 and felt there was no need to continue. But noooooo, those insipid fanboys just HAD TO HAVE our male lead get paired up with somebody, thus the bonus 4 episodes and the upcoming 2nd season. Whatever, I’ll pick it up because the 1st season had a lot of interesting things that didn’t revolve around hooking up the guy with any girl. Chances are they’ll focus more on romance this season and piss me off. 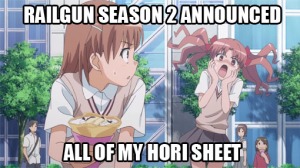 To Aru Kagaku no Railgun S. While others are more psyched for the Index movie, I’ll stick with the 2nd season of Railgun.

Shows picked up due to curiosity: I have no idea what to expect from any of these shows but I’ll check them out nevertheless. 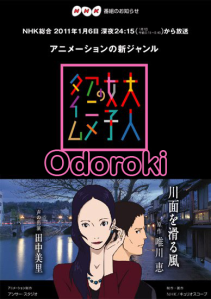 RDG. Red Data Girl. Maybe this could be the show some Inu x Boku fans wanted. I dunno. 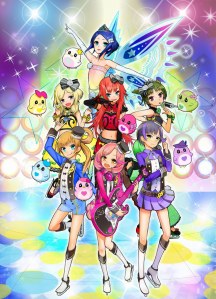 Pretty Rhythm: Rainbow Live. This one depends on whether I NEED to see the prequels in order to catch up and the prequels are both 51 episodes long. My backlog is already full…

Karneval. Out of all my picks in this category, this is the epitome of curiosity. My spider sense indicates yaoitacular vibes…but if the show’s interesting…I’ll take my chances. 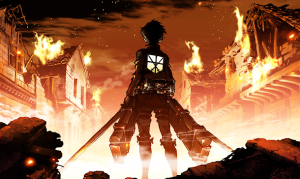 Shingeki no Kyojin. The action show I picked at random to watch.

Yuyushiki and Aiura look like they’ll be 3-minute shows so it shouldn’t be too much trouble.

I’ll have to rely on the opinion of anibloggers I trust to find out whether the show revolving around the guy with a hair cutting fetish will be worth my time.

I haven’t played Devil Survivor 2, like most Shin Megami Tensei games, so I’ll be skipping this one too. I don’t dislike the games, I just haven’t played them.

The Hanasaku Iroha and Higurashi movies won’t be fansubbed for a while so I’ll wait till when I do. The Steins;Gate movie will have to wait till I eventually pick up the anime. 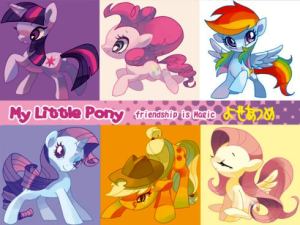 My best guess is the art style won’t change and the characters will merely be dubbed by Japanese seiyuu.

I’m a Brony, but I don’t think I’ll be picking up the Japanese dub of the show, unless they come up with new content. Till then, I’m happy with the original version…

WHO AM I TRYING TO FOOL!? OF COURSE I’LL CHECK IT OUT!

Yuri and Slice of Life are my anime passion.
View all posts by OG-Man →
This entry was posted in OG's Lists and tagged OG's 2013 Spring Anime Picks, Spring 2013 Anime. Bookmark the permalink.