Before I begin, I would like to give a shout out to my good friend, Chocokara, as I like to call him, who will undergo one of his greatest challenges this week, an operation on his legs. I pray that it’ll be successful and we’ll be busting heads and taking names again soon. Gambatte dood! Also, the following review is a special request by his person and I swear that I’ll give my honest opinion on it, no favors for anyone.

We now continue with our regularly schedule program.

Hello and welcome to The G-Views, where creativity is respected and Dokuro-chan is rejected. I used to be a sane man with morals and beliefs I strongly stood by. There were two shows I abolished and considered blasphemy and poison without even giving them a chance. What I’m about to tell you all is both an experience and a life lesson. This is Kodomo no Jikan.

Yes I’m fully aware of the controversy surrounding this anime/manga series and even though some of it is understandable, personally I couldn’t care less because it’s not as bad as other things I’ve seen.

And many other F”ed up things. oh and let’s not forget…REAL LIFE PEDOPHILIA! Seriously, compared to those things, KnJ is quite tame. Heck even Seiken no Quaser is freakier than this show. Anyway, moving on.

Plot Summary: This is the story of the surprisingly tangled loves of three elementary school girls. Kokonoe Rin, old beyond her years, is extrovert and energetic, and has a crush on her teacher, Aoki-sensei. Nor is she the slightest bit reticent about showing it, with embarrassing explicitness. Her friends, Kuro and Mimi, likewise have love in their hearts, though they are less willing to display it. 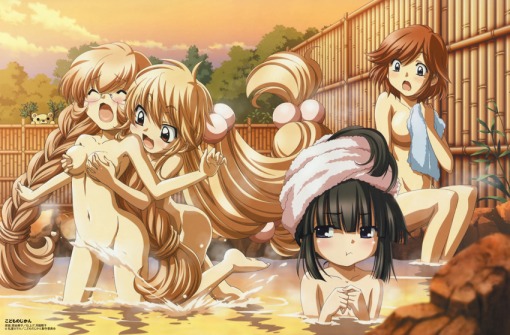 I used to consider this show, along with Hanamaru Kindergarten two shows crafted by lolicon pirates sailing the River Styx heading towards Hades. I caved in and watched HK one day and for those who don’t know my thoughts on the show, check out this link

I…am here once again to confess something I never thought I would type. I will describe KnJ using the following two adjectives: Disturbing and BRILLIANT! Yes doods and peeps, you read it correctly, I was wrong Again. From the very first episode you’ll get an idea of what to expect from this show. It’s a well animated 20+ minute preview of the show’s premise.

Basically KnJ is like a more advanced level of HK. The premise is similar, yet much deeper than its lighthearted brethren. What lies hidden behind a show directed toward lolicons, is a tale that tackles the troubled lives of elementary school children who both aren’t and haven’t been provided with what they need. In this show there are two main themes:

A: The trials and tribulations of being a school teacher.

Being a school teacher isn’t an easy job AT ALL! Paperwork, daily lesson plans for 1 or more classes depending on the grade, finding ways of making classes interesting for your pupils, maintaining a strong, responsible and approachable attitude, developing your own teaching style to match the rules set by the school you work for, school meetings, extra work after school till the evening and many other things Daisuke mentions during a drunk tirade. Believe me, they’re all true. However, one of the most important attributes a teacher MUST have in this occupation is patience. Heck many jobs require the patience of a saint.

B: Lack of proper communication and familial issues.

Children are easily influenced by many things in their critical period. They need proper care, guidance, love and affection from their parents, teachers, guardians, babysitters and other responsible adult figures because as we all know, a children’s growth is highly influenced by how they’re raised and what they’re exposed to/experiences during their youth. All of these experiences carry over to their adulthood and it is highly likely that some of their past traits from embryo to young adult will remain in their adult subconscious. For example: It can take a VERY long time before a traumatizing event or abusive treatment by adults during childhood can be forgotten once said child grows older. The duration of these effects differ from person to person depending on their own willpower to survive and the stability of their minds.

Children crave attention and will do various things to get it. This show uses eroticism as one such example. Now it’s no surprise that I am personally disturbed by little kids performing sexual acts. Heck I hate Toddlers and Tiaras, then again I hate reality TV in general but that’s going off subject. Anyway I thought about today’s society and came to an epiphany that things like this shouldn’t be shocking or surprising in the slightest. With that in mind I watched this show and enjoyed what was shown behind the lolicon humor and it shockingly brilliant.

I’m not 100% sure but one thing I understood while watching this show is that despite all the things these girls (Kuro and Rin specifically) do, they’re still children at heart.

Animation: Not bad at all. The background and scenery are well drawn and the characters both young and old look sharp. Look after 124 reviews, frequent readers will have figured out that I don’t say much about this part of the review because I lack artistic opinions. I merely show my respect for the effort no matter how good or bad it is.

Music: Excellent mixture of fun and fluffy during calm moments with a dash of drama and angst in the dark and tense moments. Really the music is perfect. 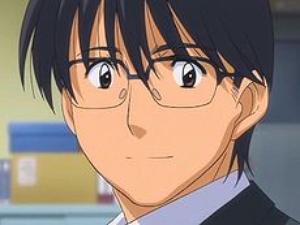 Daisuke Aoki: On an educational perspective I can both relate and empathize with this guy. Being a teacher is NO WALK IN THE PARK, and becoming one is worse. Though I see myself more as the male lead from HK, I can relate to Daisuke’s hardships. Teaching a class, maintaining order within it, gaining the students’ attention and being taken seriously, discussing mistakes with colleagues and veterans etc. I’ve been there and barely passed. I still have two more years left before I graduate. I can only fathom the difficulty of the upcoming internships.

Now as a character…adding all of the above and having to deal with a student who is constantly sexually teasing him every chance she gets AND a tertiary addition of having “wussy male syndrome”, yeah I don’t see myself being this easily flustered by a minor but since this show is half jail bait, whatever. The important part about this guy is the fact that he’s a graduating 23 year old student whose morals and personal views on education are put to the test on a daily basis, while figuring out how to react to Rin’s ero power at the same time.

Rin Kokonoe: The female protagonist and figurehead of the main trio. She’s the show’s primary jail bait as she’s constantly teasing Daisuke erotically. However, it is somewhat understandable as to why she behaves like that. It’s her way of garnering attention and hiding her weak, past self. Rin’s also the main source of drama on the show as her life is the one explored the most.

Kuro Kagami: is a showoff-ish and bratty kid who’s obviously wealthy and often wears current trend clothing at school, usually Gothic Lolita wear and sometimes nekomimi. It is quickly revealed that her friendship with Rin isn’t merely based on the fact they have equal sexual knowledge but also the fact that her feelings for Rin go beyond friendship. This is her own personal double edged sword as these feelings give her both the strength to move onward and cause her much grief as well for obvious reasons. She considers a certain someone an rival who she doesn’t consider worthy of Rin’s affections at all but still plays the role of supportive friend, no matter how much it hurts her inside. Her signature move is the Low Blow.

Mimi Usa: The “Bubbles” of the main trio. Mimi is uh…um…how should I put this gently without sounding mean…INNOCENT…yeah that’s it. Mimi’s probably the most innocent of the main trio. She’s a soft spoken megane who is well-endowed for someone her age, yet these very traits, including her high intelligence are somewhat of a liability for her. She isn’t as ero savvy as Rin and Kuro but you know what happens when someone innocent hangs around people like those two long enough…

One thing that’s common with all 3 girls is their friendship. These 3 will always have the back of each other and those they care about and will defend them at all costs, especially Kuro, who usually responds with her signature move or when REALLY upset, by beating the living daylights out of the enemy past submission. 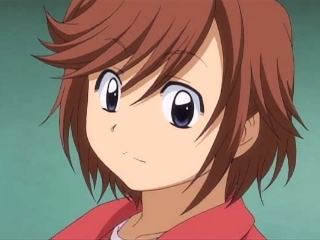 Kyoko Hoin: Underdog, plain and simple. That’s her main personal issue. Other than that, she’s a respectable teacher who often supports Daisuke (Her prey, who suffers from anime obliviousness) and gives him advice as a fellow teacher on how to manage his pupils. Oh, and she’s obviously well-endowed as well. Basically the romantic roles are reversed here compared to HK.

Reiji Kokonoe: Rin’s mom’s Cousin once removed…This guy’s…umm…yeah…I have no comment. You have to watch the show. Needless to say he plays a somewhat important role. 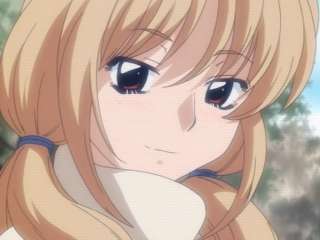 Sae Shirai: My favorite character on the show who officially convinced me that I have a megane babe fetish. Holy cow this cougar’s HOT! A no nonsense veteran who’s all about discipline in all of her actions and the teacher who gives Daisuke the hardest time during meetings, Shiro-chan is the most serious character on the show and of course such characters have a reason why they’re like that. While not a central character, when she does appear on screen, she captures my heart with her strict voice and captivatingly hilarious scream of rage. Unbeknownst to her colleagues (Including herself) she ends up becoming someone’s heroine and possible crush. She’s now officially my 3rd favorite cougar, next to Meme Touwa and Delia Ketchum.

In conclusion: If you’re strong enough to handle the jail bait moments (Again, stronger in the OVAs) then you’ll witness something very interesting and what I consider enlightening, but if you aren’t strong enough and are just like I was beforehand, denying this show without giving it a chance, then I won’t stop you from exiting the theatre. It’s like I said above, the 1st episode is all you need.

Peace out and see you soon Chocokara.

P.S.: I can never show my face in a certain website’s chatbox again after this review for many reasons.

P.P.S; I should have made a Double Slammy about HK and KnJ together instead of wasting my time with Mitsudomoe. Oh well, lesson learned.

Yuri and Slice of Life are my anime passion.
View all posts by OG-Man →
This entry was posted in G-Views and tagged comedy, Dark, drama, lolicon, romance, troublesome kids, Yuri. Bookmark the permalink.