Hello and welcome to G-Views, where SoL reigns supreme, moe is respected and Dokuro-chan sucks poopie. I don’t know if I should label this series as controversial or not, but that doesn’t matter in my opinion. The concept of girls with machine guns and magic powers, flying Black Crystal type alien invaders, while flying on propeller like boosters is awesome enough for me. This is Strike Witches.

After watching the anime, check out the review for the movie, though you won’t need me to tell you why you should watch it if you enjoyed both seasons of the anime.

Objectionable content: Mild (mild bad language and/or bloodless violence)
Plot Summary: The year is 1939 – it was then that the Neuroi appeared. Nobody knows where they came from or what their ultimate agenda is, but the fact remains that their attacks drove people out of their towns and cities. In order to take arms against them, humanity develops a new anti-Neuroi weapon called the “Striker Unit.” Using the power of magic to fight against the monsters, this new device enhances and amplifies the power of female magic-wielders. To use this device, young witches from all over the world have been brought together to form an elite task force unit called the 501st Joint Fighter Wing, commonly known as the “Strike Witches.” 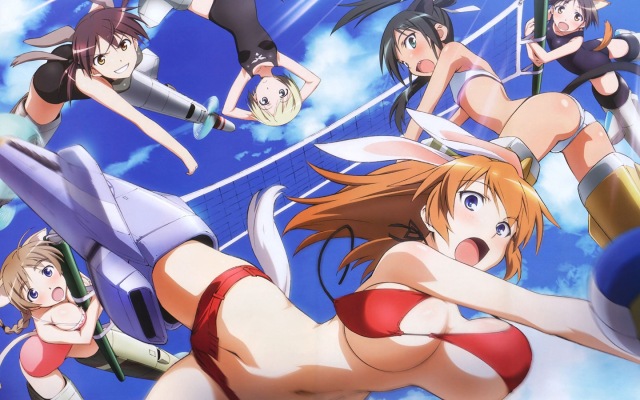 The main concept of SW is that it’s basically like a super hero show that takes place in a fictional WW2 setting where normal humans are incapable of combating the incoming alien threat. So it’s up to gifted teenage girls who can combat the aliens to lend a helping hand. However, like Sora no Woto, there’s A LOT more to this show than just pants-less girls flying around fighting aliens. 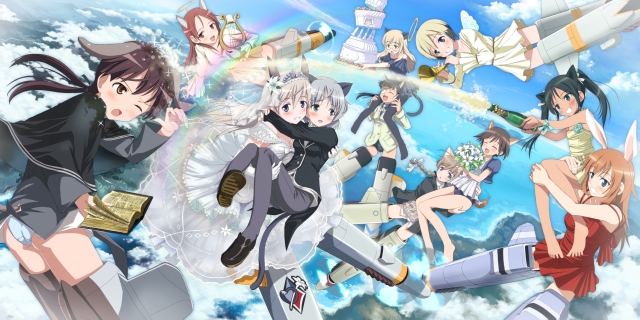 The animation is actually quite good for both seasons. I think the 2nd season’s art has improved a lot over the 1st one. Just watching some of the epic dogfights that take place, you sometimes tend to forget all about the main concept and look at how cool the colors are. Don’t worry though, this show isn’t all flash. Oh no.

The music is excellent in my opinion with an awesome OP and ED for each season. There are some tunes in each season that really pump you up as the Witches enter the battlefield.

The characters, once again, are the heart of this series. The interaction between each of the girls in the 501st platoon is sometimes amusing, interesting and other times heartwarming. The character development can also be interesting.

Fun Fact: Each of the girls represents a flying ace from one or both of the two World Wars, and a lot of character interaction and events are references to those pilots’ stories and history. Another important note is that some of the episodes in the 1st season tend to be nearly accurate to an actual event in a legendary pilot’s career like in episode 5 where Shirley Yeager was trying to fly as fast as the speed of light. Charles “Chuck” Yeager actually attempted to do the exact same thing during his lifetime. Yes, as their names imply, each Witch’s name is a female version of one of the legendary ace pilots from around the world during the respective Wars they took part in.

Check this link out to see which ace pilot each Witch is based on.

The reason why I called this show controversial on top is for 1 very simple reason. Despite the great character interaction and development, cool music and animation, people are instantly blown off by the excessive panty-shots and fanservice. Seriously, that’s the only reason haters bash this show. I can understand similarl reasons of bashing an otherwise good anime due to its excessive fanservice. For example, shows like Ikkitousen, Queen’s Blade and Sekirei. I understand why they would get bashed for the exact same reason this one is getting bashed, but I truly believe that this show doesn’t deserve it one bit. It’s not as epic as Saki, but believe me when I say that this show is truly enjoyable and fun if you just give it a chance. 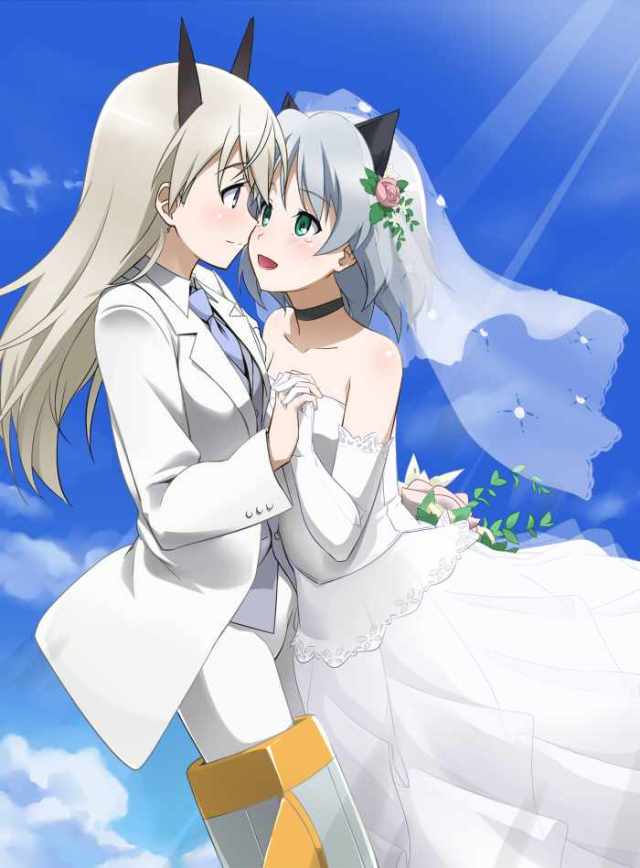 In conclusion, it all depends on your tolerance to ecchi. If you have mastered the anti-ecchi jutsu as I have, then you’ll be heavily rewarded for your efforts. If you can’t take it, that’s a shame.

P.S.: If you’re squeamish over under aged breasts, I recommend watching the censored version. This warning does not apply to feal87.